Six months ago, various parts of Japan faced a brutal massacre under what was since then dubbed the “Global Freeze”. It birthed a phenomenon called “Slowdown” which would cause people to fall under a sort of neural lag in which the brain retains its average function and cognition, while the body becomes subject to extreme slow motion movement. The “Slowdown” crippled the populace as they met their deaths at the hands of cybernetic monstrosities known as Roidmudes, who began walking and blasting through commercial and residential areas without prejudice.

In another ruined part of the city, a young Metropolitan PD cop had his hands full trying to apprehend thugs taking advantage of the chaos. However, as he readied his pistol to defend his partner from an incoming attack, a Slowdown wave overcame him. His pistol discharged just a second too soon as the bullet intended to stop an armed thug set off a flammable structure behind the young cop’s partner, his body flying off the upper railing of the construction site he stood upon. To make matters worse, a large pile of debris and steel beams came down upon the cop’s partner. The young cop could do nothing, powerless against the Slowdown as he watched his partner get crushed before his eyes.

The Roidmudes’ rampage would not last very long. From a distance, an expanding rail of RC car tracks began stretching throughout the affected area as three little cars the size of matchbox cars raced along the tracks and began destroying the Roidmudes with their own special powers of flames, spikes and illusory tricks. From the shadows, an armored humanoid appeared, brushing the rain away as he called for his automotive supports to return to him. Who is he? What were those little cars? What kind of state is Japan in now after facing such a catastrophe? 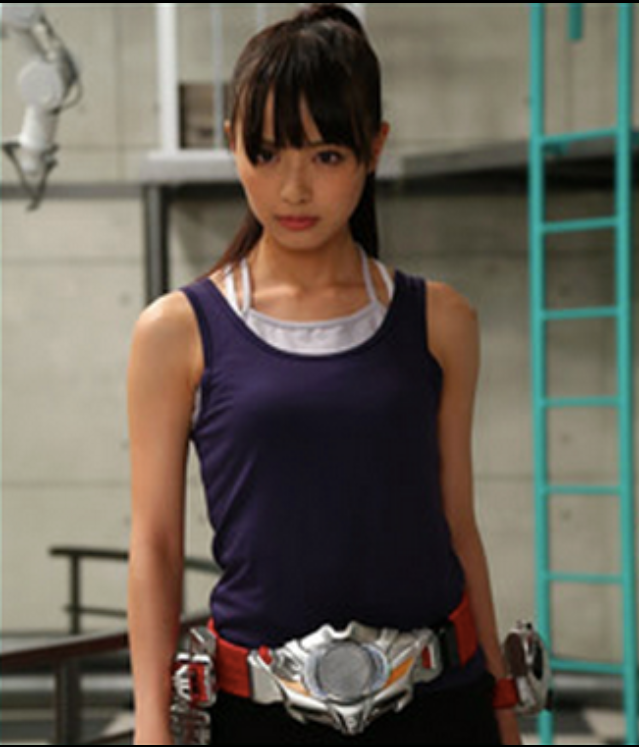 Kamen Rider Drive is the newest entry in the long-running Tokusatsu franchise produced by Toei Company. This entry goes in a more grounded area than most of the recent Heisei-era entries. Instead of having walking allegories of godhood or total caricatures for protagonists, we’re presented with a policeman by the name of Shinnosuke Tomari (played by Ryoma Takeuchi). With a slightly frumpy detective uniform and a red tie adorning his collar, he comes off as a real average Joe, a refreshing break from Deus Ex Machinas like Decade and Kabuto or monsters in human skin like Faiz and Kiva. Instead, we have a more classic type of hero that I’m sure long-time fans will appreciate.

Flash forward to the present. Slowdown awareness is a day-to-day issue for the status quo. Posters are everywhere reminding people to report any related incidents to the authorities. Our protagonist, Shinnosuke has been transferred to the Special Crimes Unit of the MPD following the Global Freeze. Since then, he’s become a listless, lazy man who often misses meetings or important information due to constantly playing hooky with his job and slacking off. The only other person able to deal with his laziness is his SCU co-worker Kiriko Shijima (played by Rio Uchida), who keeps constant tabs on Shinnosuke’s every move (complete with a notebook/checklist of all he does) in the hopes of getting him back on track as a policeman. 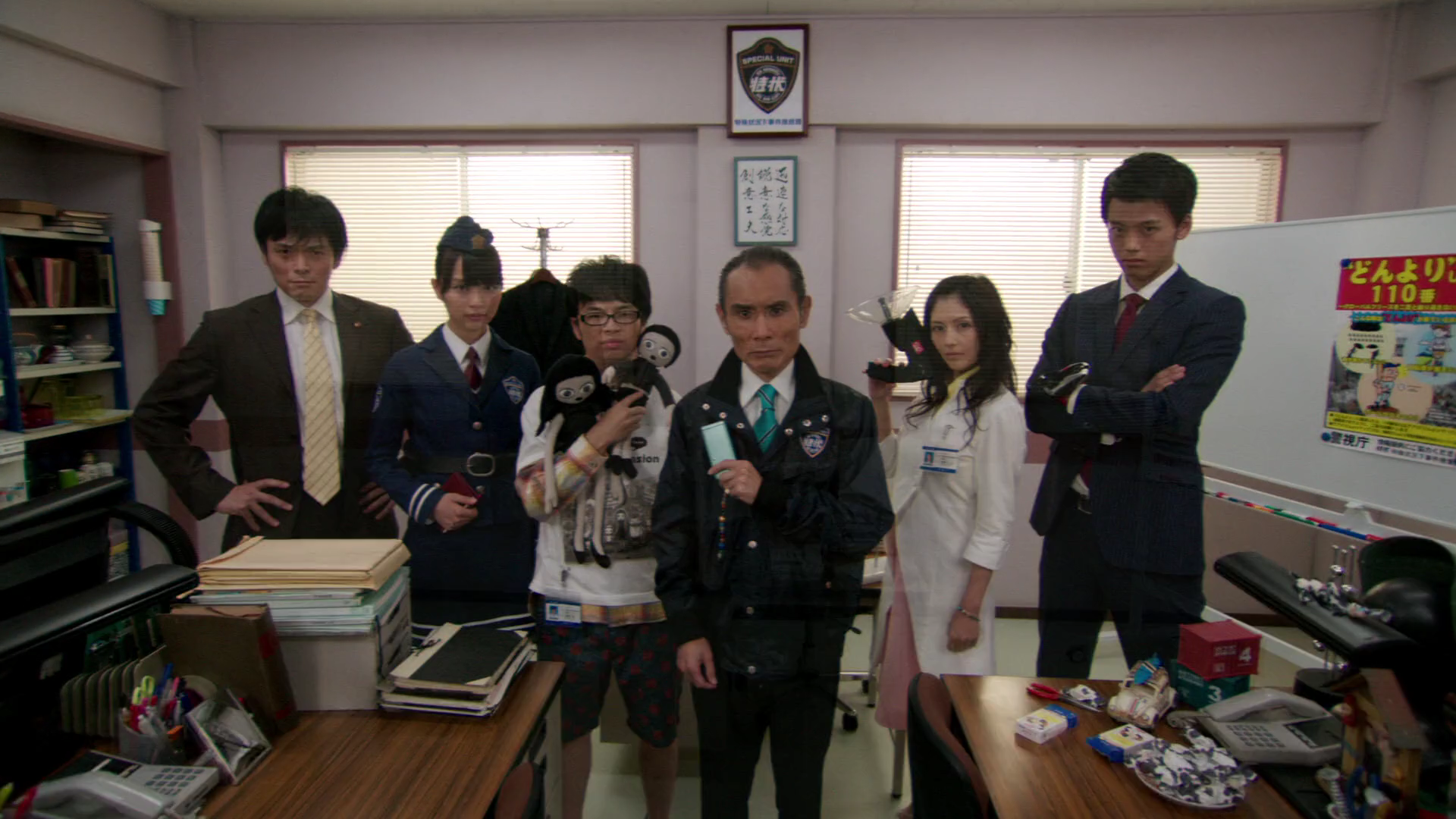 Aside from Kiriko and the rest of the SCU peanut gallery, we meet “Mr. Belt” (portrayed by radio personality Chris Peppler), a mysterious sentient attachment mostly present on the dashboard of Shinnosuke’s car, the Tridoron. A voice of encouragement to the traumatized cop, he aims to aid Shinnosuke in not only being free from his anguish of the past, but to also lend his power to Shinnosuke to become Kamen Rider Drive in his battle against the Roidmudes. We still don’t know how Mr. Belt or Tridoron came to be in Shinnosuke’s possession, but it can be assumed that whoever saved Japan six months ago chose him to continue the fight against the lag-switching baddies.

Drive’s general gimmick of miniature cars plays out interestingly. In his debut battle, Drive employs a “Tire Swap” in which he switches between several abilities based on the Shift Car used in his Shift Brace. Aside from his default Type: Speed car, he also uses Max Flare, Funky Spike and Midnight Shadow, each granting Drive access to projectile and melee supplements. His finisher Rider Kick is one of the most unique in a long time, one that has to be seen to truly enjoy.

I find Drive’s general design truly different. It exudes the traditional Rider feel in all the right places (bug-like eyes, bulky belt), but various aspects like the piping by the sides of his mouthpiece and the giant tire sash around his body are what really help its design stand out   As the series went on Drive, became one of the best entries in the Kamen Rider franchises, as we got to know the villains they weren’t evil they had feelings and emotions and turned out to be more human than some of the actual humans on the show. When Medic is introduced she brought a great dynamic to the show and some grace to the show. Kamen Rider will be missed I just hope Kamen Rider Ghost (the next season) will just as heartfelt as this one.