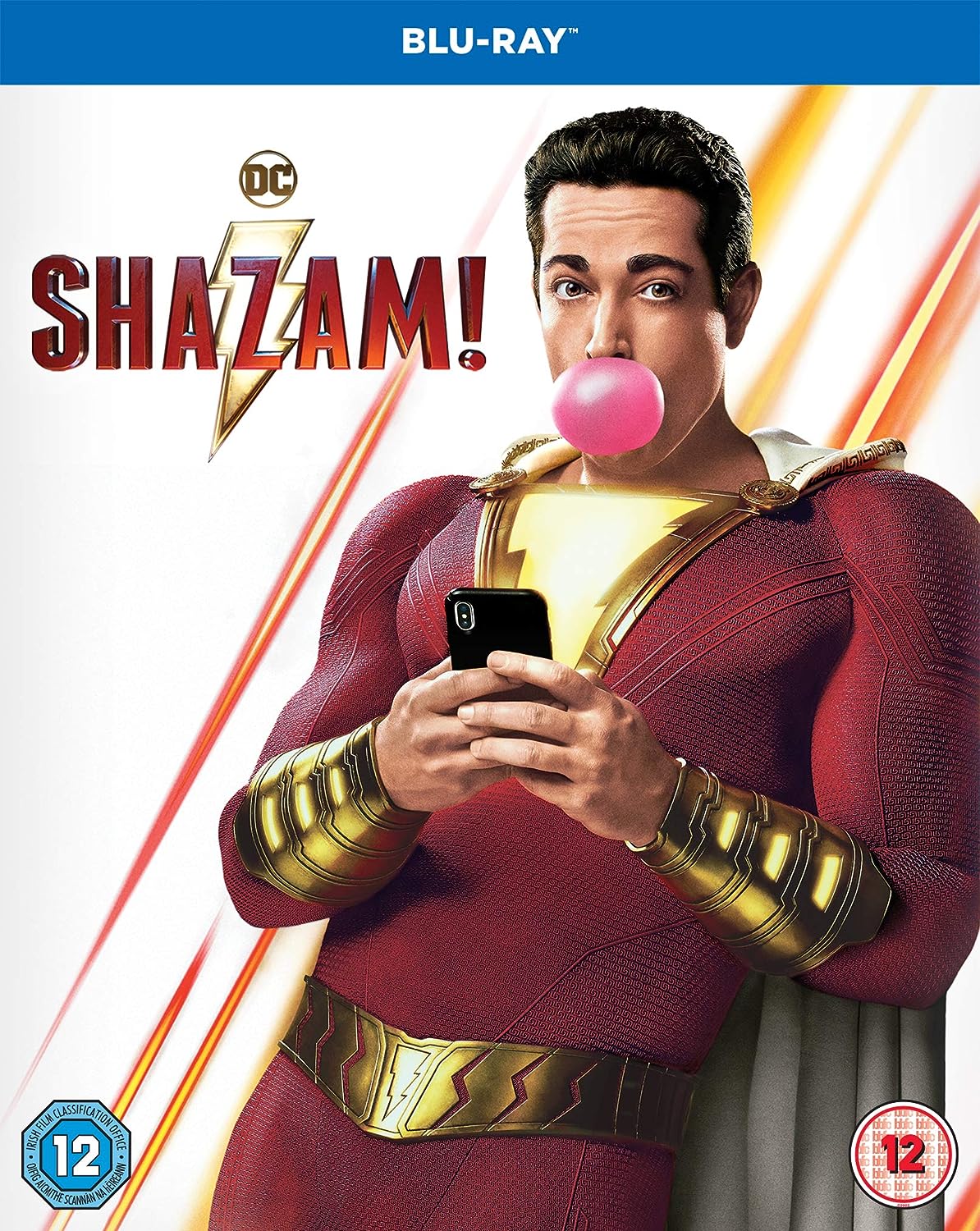 In 1974 Upstate New York, young Thaddeus Sivana is arguing with his father and older brother during a car trip when he is transported to the Rock of Eternity, a magical temple hidden in another dimension. He meets the ancient wizard Shazam, last of the Council of Wizards, who has spent centuries searching for a new champion who is “pure of heart” after the previous champion, driven by revenge, released the Seven Deadly Sins upon the world. Thaddeus is tempted by the Sins, entrapped in statues, and is deemed unworthy and returned to Earth.In present-day Philadelphia, foster child Billy Batson runs afoul of the law while searching for his birth mother and is placed in a group home run by Victor and Rosa Vasquez with five other foster children: Mary Bromfield, Pedro Peña, Eugene Choi, Darla Dudley and superhero enthusiast Freddy Freeman. Meanwhile, an embittered adult Sivana discovers a way to return to the Rock of Eternity. There, he steals the Eye of Sin, becoming the Sins’ vessel and besting the Wizard before returning to Earth and using the Sins to murder his brother, father and Sivana Industries’ board of directors.At school, Billy saves Freddy from bullies and is chased into a subway, where Shazam summons Billy, chosen as the new champion. By calling Shazam’s name, Billy is transformed into an adult superhero endowed with the wizard’s name; thanking Billy, the Wizard turns to dust, leaving behind his staff. At home, Freddy helps Billy explore his newfound powers: electricity manipulation, near-invulnerability, super-strength, speed, and flight. Freddy’s videos of Shazam testing his powers become a viral sensation, and Billy begins skipping school to use his powers as Shazam for money and fame. Seeing Shazam save a bus on the news, Sivana challenges and easily defeats him, demanding he surrender his powers, but Shazam transforms back into Billy and escapes into a crowd. From the news, Sivana deduces Billy’s identity and abducts Freddy to find Billy. At the Vasquez home, the other children also infer Billy’s secret and tell him they have found his mother, who lives nearby. Billy reunites with his mother, but discovers she had abandoned him on purpose, feeling unqualified as a single teenage mother. Billy returns the compass she gave him as a toddler and leaves, telling her he needs to return to his real family. Sivana calls Billy, having taken his foster siblings hostage, and Billy as Shazam agrees to give Sivana his powers in exchange for the family’s safety. Sivana and Shazam travel to the Rock of Eternity where Sivana takes the wizard’s staff, but the siblings follow and attack Sivana. Shazam realizes that Sivana loses his powers when all seven Sins leave his body.Sivana pursues Shazam and his siblings to a winter carnival, unleashing the Sins upon the crowd. As Wrath battles Shazam, the other Sins capture his siblings, demanding his powers. When Sivana recalls the Sins, Shazam uses the opportunity to take the staff and stuns Sivana. Remembering the Wizard’s words, Billy uses the staff to share his powers, transforming his siblings into adult superheroes like him. Shazam breaks the staff and battles Sivana while his siblings distract the Sins. Shazam baits Envy out of Sivana’s body, leaving him powerless, and takes back the Eye of Sin which recaptures all the Sins. Billy and his siblings are hailed as heroes. Returning the Eye and the Sins to their prison, Billy and his siblings realize the Rock of Eternity can be their new lair. Later, Billy arrives at school as Shazam to have lunch with his siblings, revealing he has also invited Superman, to Freddy’s shock and joy.In a mid-credits scene, an imprisoned Sivana is approached by a talking caterpillar, who proposes an alliance. In a post-credits scene, Shazam and Freddy test if the former can telepathically communicate with fish. Shazam was more enjoyable than I thought it would be. If you either a comic book fan or not regardless you will enjoy it from start to end. Although Shazam doesn’t contain as much fighting scenes you would see in movies these days it still leaves you with a fully polished story and character development. Shazam shows a teenage kid that gets powers and what he uses it for and obviously its typical things teenage kids would do. If you are plotting on whether or not to see it, the obvious answer is YES!