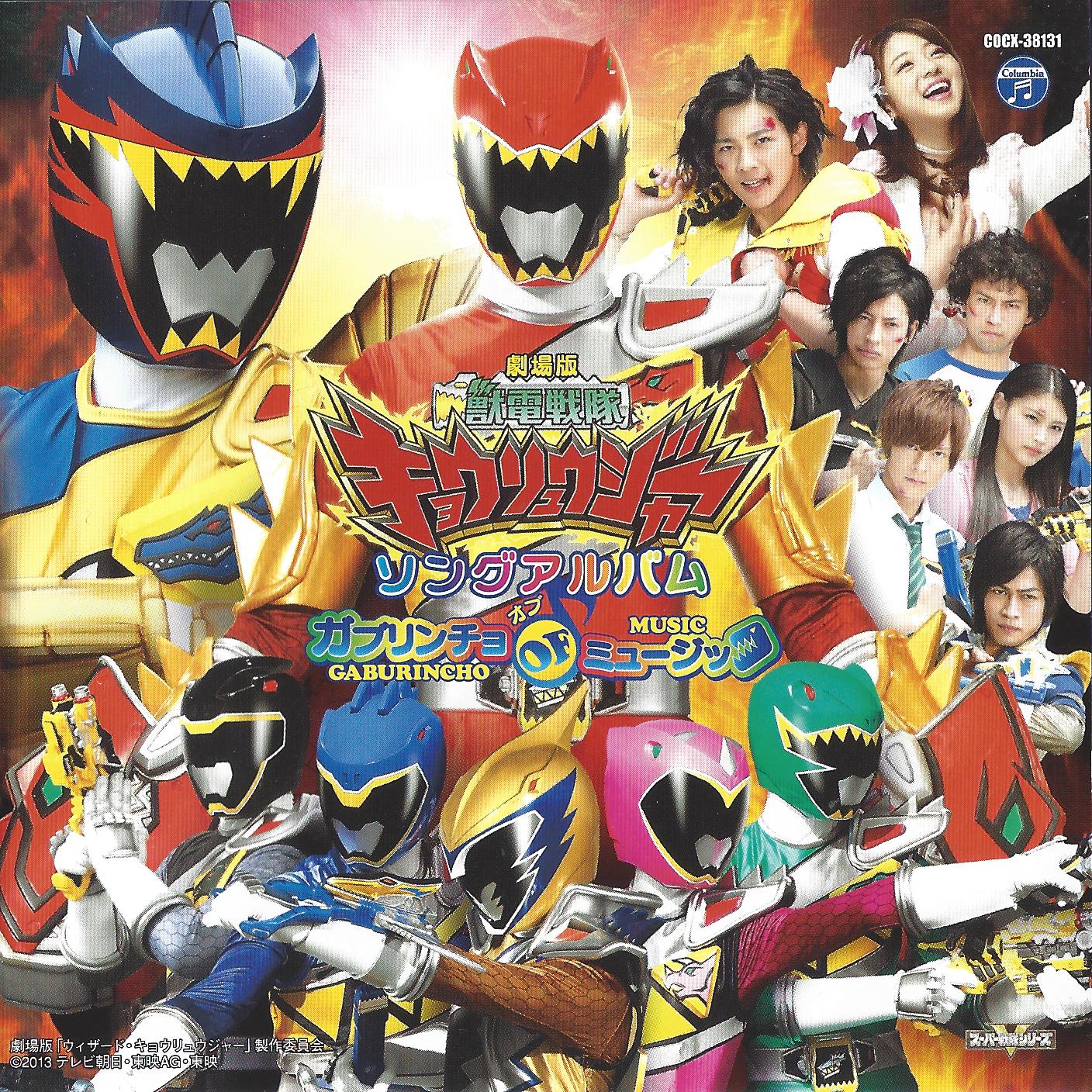 Taking place roughly between episodes 20 and 21 of the series, Gaburincho of Music sees the six Kyoryugers face off against D, an ancient Deboss Knight who uses evil Zyudenchi powers to become the evil Deathryuger. By kidnapping a pop idol named Mikoto Amano (nicknamed Meeko), who is descended from a race that had special powers through song, D plans to use the #00 Zyudenchi to awaken the ancient Zyudenryu Tobaspino and force him to help him conquer the planet. Daigo “King” Kiryu (Kyoryu Red) is an old friend of Meeko, and with the five other Kyoryugers will stop at nothing to rescue the idol and put a stop to the rogue Deboss plan’s for destruction once and for all.

The first thing to note is that it predictably isn’t a musical in the way many were expecting it to be – there’s plenty of songs, but the majority of them are background music rather than have our characters sing their way through a 30 minute epic. Naturally with a central character being a pop star there are some moments of proper singing, and the Kyoryugers do have their own little moments every so often. Even regular villain Candelira gets in on the action with a nice little tangent number.

Ferocious knight D is an excellent villain, and his Deathryuger form features some great little homages to the evil dinosaur-themed rangers of the past (how can you look at a musical weapon and not think Dragon Ranger?). The Deathryuger suit itself is nicely done, standing out from the others with its own unique motifs but at the same time feeling very much inkeeping with the heroes’ suits.

With such a good looking movie-exclusive mecha, you can guarantee that the film has plenty of gratuitous mecha action. This comes in both practical suit and CGI forms, with the balance between them held nicely. The suits are used exactly where they’re needed, but the explosion battle between Kyoryuzin and SpinoDaiOh is something only CGI would be able to do justice and is certainly a highlight of the entire film. This film certainly does a lot of good feeling like an epic adventure that still relates to the series. New characters like Meeko and D have are well acted and and a great addition to the film. all in all a great short film (30 mins long) would of been better had it been longer, but its still awesome.