The movie starts with the Legends War that was mentioned in episode one of Gokaiger as we see the Goseigers having issues with their fight. They try to retreat to rest for a while, but more of the Zangyack appear, but Akaranger and Big One appear! The two tell the Goseigers about the other sentai members giving up their lives to end the Zangyack as the Goseigers will join them. More troops appear though, but luckily the Extra Heroes appear so that the team could get to the final battle. There we see every sentai warrior excluding the Gokaigers fight the Zangyack and some scenes are from episode one, but they did insert some other scenes along with voice acting from the original actors. 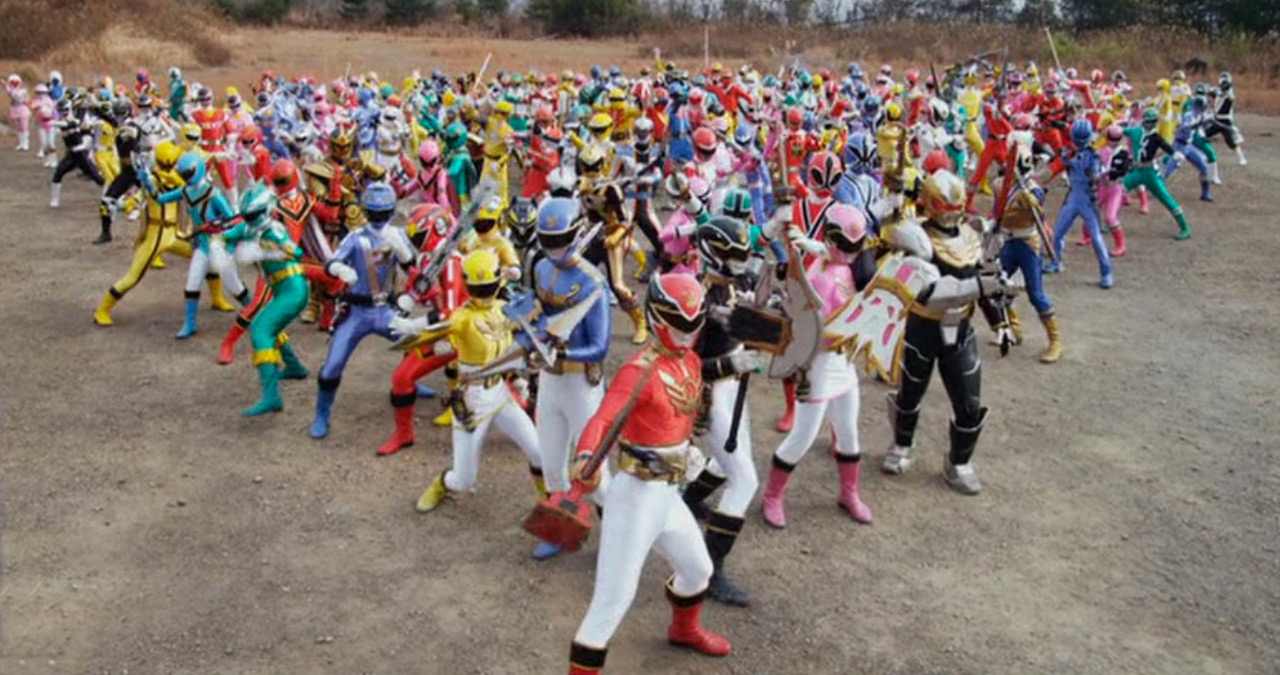 Then it comes as every team tries to get rid of the Zangyack with one big blast as the Extra Heroes join as well as their powers explode and destroy the fleet. Luckily everyone survived, but now their powers have scattered into space as we see more veteran heroes talk to the Goseigers and we see Akared in space. Now time has passed as we see the Gokaigers fight the Barizorg and Insarn and this takes place after their first encounter with Basco. Of course the team take down the troops, but when they take out the Goseiger keys the original members come out and take them as they get their powers back. Insarn and Barizorg soon retreat as Alata tries to talk to the other team about GoseiKnight’s key. With no knowledge of past sentai teams they don’t know who Knight is. Also the Gokaigers don’t want any more keys taken from them as they soon fight. Everything ends at a draw when the two finishers collide and explode as both teams are blasted away. Meanwhile with the Zangyack Gill complaining again about his plans being ruined. Soon though a dark figure appears before them as it is Kuro Jujigun Soutou! He has come back from the dead for revenge on the Super Sentai and the people who believed in them as he will kill them off and has no attentions for Earth. The Zangyack agree with his terms as they make a pact.

I love how each member interacted with each other, but the best was Luka and Moune as they are very similar and it added some nice comedy to the movie. The fights were great as the higher budget does help with that as it can look a little nicer to see. Seeing veterans is always a plus even if they have short scenes as seeing past actors act as their roles once more brings iconic value and tons of nostalgia. This movie is over the top in a good way though as the fights are done well and have amazing moments like the all mecha fight!

This is a movie that is simply freaking amazing if you’re a Sentai fan as there are many references and past methods used in this movie. The fights are amazing with great choreography and many iconic things like past actors and even villains.