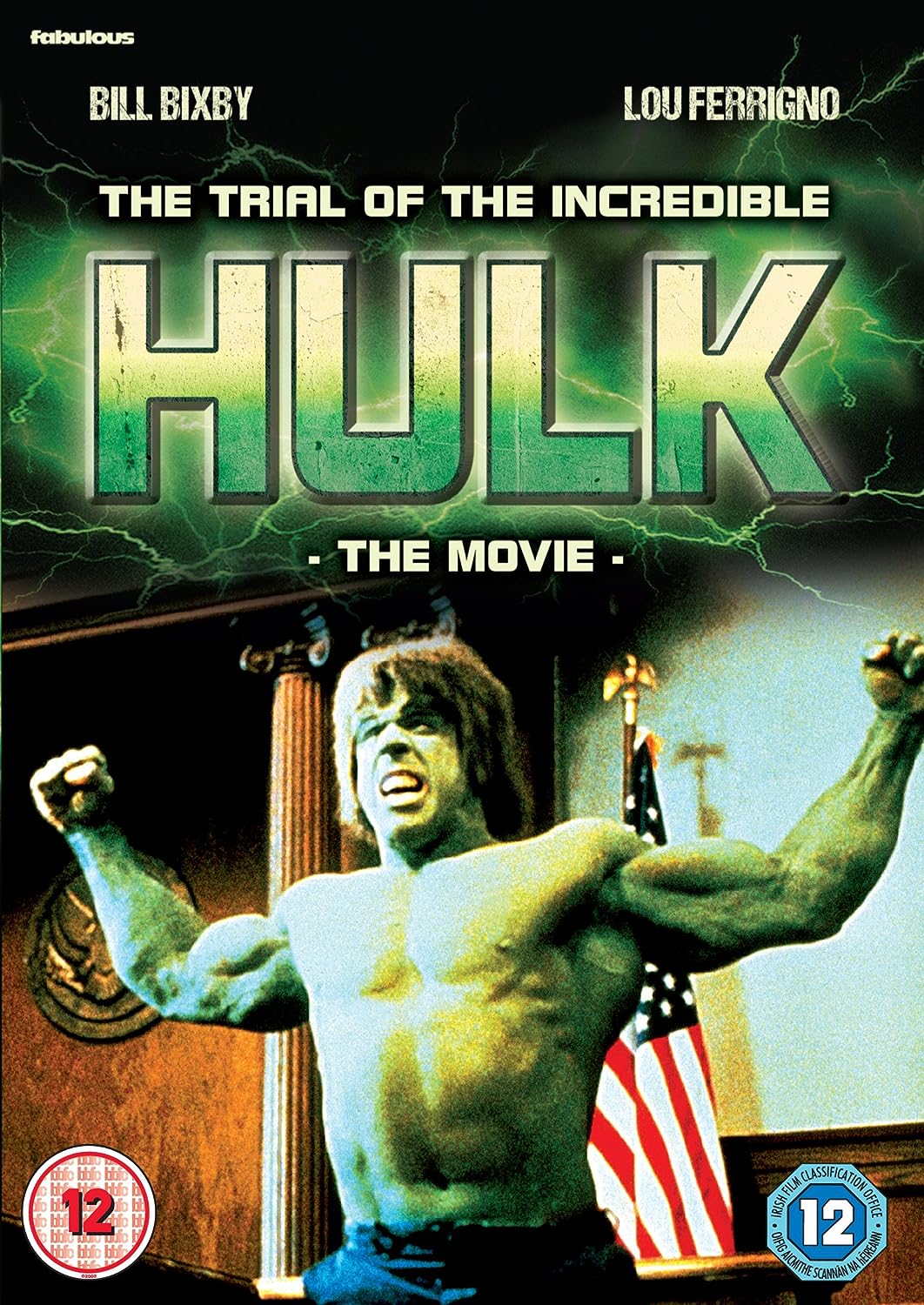 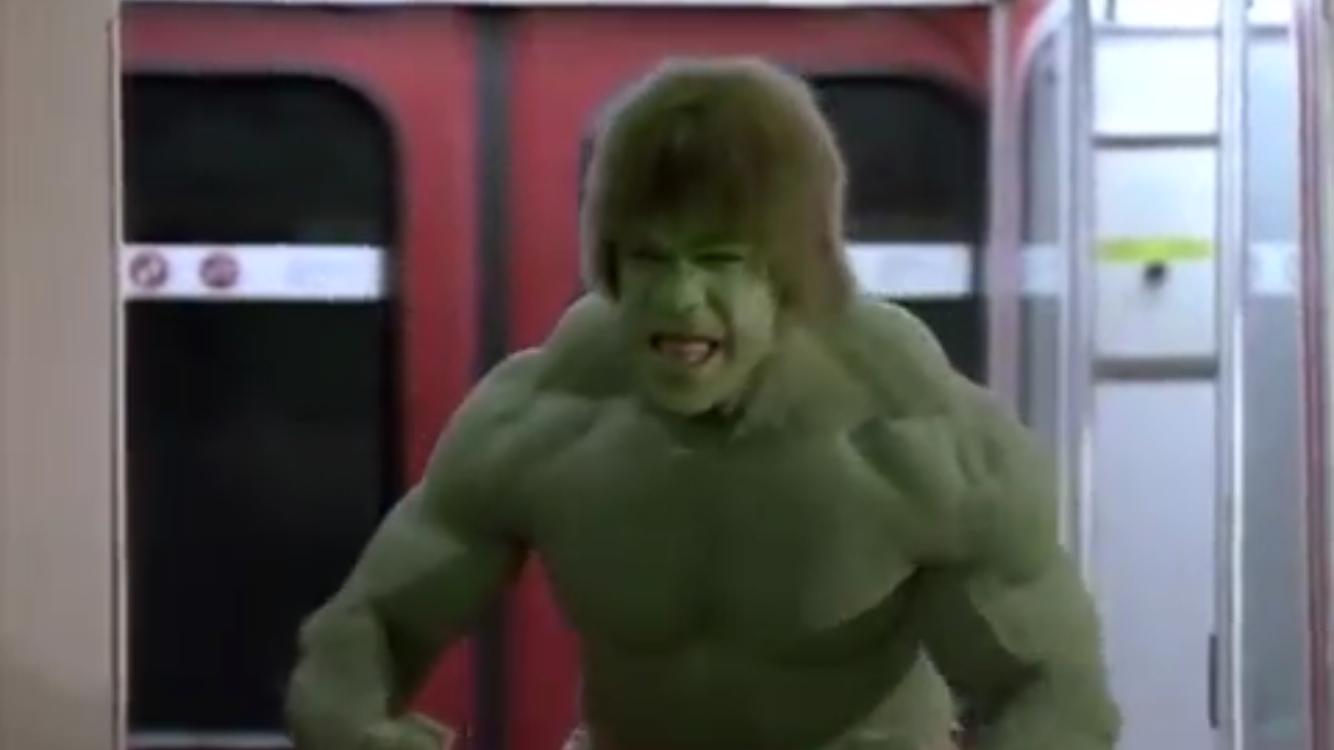 On the run again after the events of the previous TV movie, David Banner is working up north under the name David Belson. Disenchanted and at the end of his rope, David makes his way towards a large city with the hopes of renting a room and staying buried. Unbeknownst to him, the city he arrives in is under the control of a powerful underworld kingpin named Wilson Fisk but is also protected by a mysterious black-clad crimefighter known as Daredevil. When two of Fisk’s men come onto the commuter subway train after having committed a jewel robbery, one of them takes an interest in a beautiful woman also riding the train and she rejects him. David witnesses an attempted sexual assault by one of Fisk’s men, he transforms into the Hulk and things go haywire. A short while later, David is arrested by the police and wrongfully charged with the crime.

While awaiting trial, blind defense attorney Matt Murdock is assigned to David’s case. David is uncooperative but Murdock has faith that he is innocent and is determined to prove so. One night while fast asleep, David has a nightmare about his upcoming trial and dreams about transforming into the Hulk on the witness stand. The stress of this causes him to transform in reality and the Hulk subsequently breaks free of the prison.

Subsequent events see David Banner team up with Daredevil who reveals his identity as Matt Murdock. Matt tells David about his origins which David has trouble accepting at first. Daredevil also reveals that he has an ally on the Police force who provides him with information relating to criminal activity. As Daredevil, Matt goes to investigate a tip provided by his informant. The tip turns out to have been planted by the Kingpin and Daredevil is badly hurt in an ambush by the Kingpin’s men. David rushes to save Matt but he is too late to help, becomes angry, and transforms into Hulk. The Hulk, in turn, smashes in and saves Matt and Kingpin and his men flee. Matt who is barely conscious, traces the Hulk’s face as he transforms back to David, thus learning his secret.

Kingpin, in the meantime, has the witness to events on the subway abducted from protective custody in order to have her killed but she is saved by the Kingpin’s assistant who finds her attractive. The Kingpin is also planning a major meeting of underworld crime lords in order to propose the consolidation of their operations into a big syndicate with himself as chairman. David who is trained as a medical doctor, treats Matt’s injuries and spreads the cover story that Matt got hurt falling down the stairs. Matt’s self-confidence is seriously shaken. David’s confidence on the other hand has been restored by seeing how Matt has embraced his unique gifts also caused by exposure to radiation. After a little coaxing from David, Matt begins to recover and retrain his body. Soon enough, the two return to work and go to save the captured woman. The two engage the Kingpin and his men and ultimately succeed in beating him. Kingpin and his assistant escape and the prisoner is freed. The two part ways as friends and allies with David planning to head in search of a cure for himself and Matt will stay in the city and protect it.

The late, great Bill Bixby is in top form as the strained David Banner, and his brutish counterpart, the Hulk, is again portrayed intensely by the legendary Lou Ferrigno. Rex Smith, veteran of a variety of television shows and soap operas, is excellent as Matt Murdock, and his athletic alter ego, Daredevil. Smith delivers most of the best lines in this film, and might have been a good lead in a spin-off Daredevil series. Character actor John Rhys-Davies is Wilson Fisk, the cool and calculated crime boss, known by the moniker, the Kingpin, in the comics. The film’s effects and action sequences are standard television fare — done quickly and cheaply — but still, it is a very promising and uplifting film, right down to its exciting climax and positive ending.