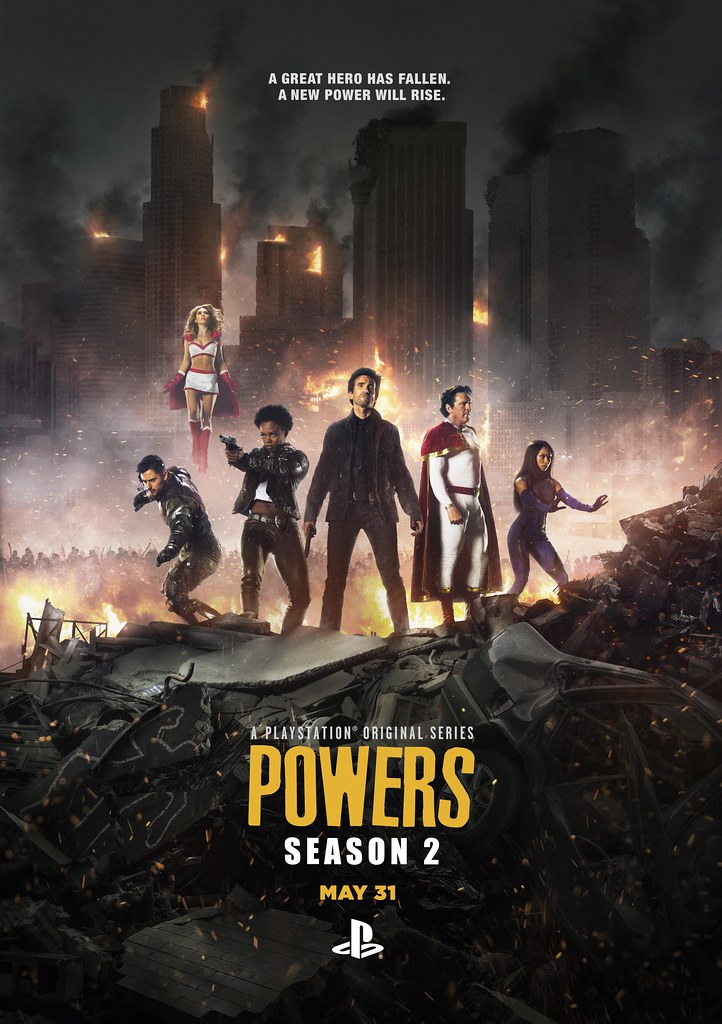 Powers’ first season was acceptable, but it was also noticeably faulty in many respects. For the first PlayStation Original Series, the show was a fair adaptation of its source comics, published initially by Image Comics, and later by Marvel’s Icon imprint, but it was also a show that pretty clearly established that PlayStation was nowhere near becoming the new television heavyweight. Fortunately, the second season of Powers is overall an improvement over the first (especially since, unlike Season One, it actually released here in Canada on time!), being founded on a decent mystery, and increasing some of the production values, complete with the show now having a proper intro for the opening credits, rather than just a lame title call like in Season One.

Despite some of its improvements though, Season Two of Powers still feels like it’s trailing most primetime television shows, let alone many Netflix shows that are also vying for the streaming attention of 18-49 audiences. It’s also trailing even some lesser comic book shows on primetime syndication in its second season, though at least the show is moving in a forward direction, and a potential third season, which Sony hasn’t confirmed one way or the other as of this writing, could have the show better keeping pace with some of its competition on other TV platforms.

First, let’s start with what the second season of Powers really did right; Its sense of mystery and intrigue. The season’s initial springboarding from the murder of Retro Girl led to two very enjoyable premiere episodes of three, even though the third premiere episode was a bit less interesting. The Retro Girl mystery was one that had a lot of angles, and its twist resolution, of the murder being a rather trivial act by a toy maker that wanted to sell a hot commemoration figure, was actually pretty solid too, and unfolded in another of this season’s best episodes. Compared to the Wolfe conflict from Season One, the Retro Girl murder felt tighter and more satisfying, especially when it could more closely utilize the same story arc from the Powers source comics.

Another element of this season that was particularly strong were the individual arcs of Walker and Pilgrim, Walker especially. Walker’s past arrogance and fall as Diamond was effectively expanded upon this season, beyond the tutelage of Wolfe, and Walker’s connection to the now-absent Johnny Royalle, and the way that this tied into the present, with Walker having to be a begrudging mentor to a new team of superheroes, New Unity, was also pretty inspired. Likewise, Pilgrim’s connection to her father also had some interesting developments, with Pilgrim’s values especially being tested when she ends up falling for Kutter, who is critically injured later in the season by one of the principal villains, Morrison, a character with a big connection to Michael Madsen’s brand new legacy Power, SuperShock. Everything ending with Pilgrim getting her own abilities, and immediately seeming to be corrupted by them, is one of many things with solid promise for a potential third season of Powers as well.

It’s at that latter point however that Powers’ second season especially runs into problems. For whatever reason, the show awkwardly changes gears just over the halfway point of Season Two, completely wrapping up the Retro Girl mystery, and instead moving into another conspiracy involving a mentally-degrading SuperShock. This would be fine on paper, though it sweeps way too many elements from earlier in the season under the rug, and makes most of the new character and story developments from the early episodes end up being completely pointless in the end. Another problem is that, while the idea of SuperShock being the downfall of himself and his own world, much to the delight of his fading arch-nemesis, Morrison, is great on paper, it shouldn’t have been crowbarred at the tail end of a season. It just leads to SuperShock’s sudden mental breakdown and murder spree feeling rather rushed and contrived. Michael Madsen was a cool addition to the cast for sure, but after a while, he sort of stopped trying in his performance, since even Madsen clearly knew that SuperShock’s storyline wasn’t given nearly enough room to be properly fleshed out, especially with SuperShock seemingly throwing himself and Walker into the sun at the end of the season.

One lingering problem that the show almost completely failed to fix in Season Two as well is the same horrible lack of focus from the first season. The first season felt like it was very spread thin in trying to develop all of these many story arcs that didn’t always go together, and when you only have ten-episode seasons of Powers, especially when the episodes clock in at a mere forty minutes or so each, you can’t afford to get distracted with too much unnecessary world-building. The later portions of Season Two did tighten the focus a bit, in fairness, but the front half of the season especially jumped around way too much, and needed to pick a more consistent direction, especially considering the weird storyline shift from the Retro Girl murder to the SuperShock breakdown. Fortunately, making Zora, Calista, Krispin, and new addition, Martinez into one team in New Unity, could be a good way to fix some of the focus problems in Season Three, if Powers is renewed for a third season.

Despite Powers still doing its best to be raw, mature and sometimes harshly violent, there still isn’t too much to dig into in Season Two, with the show clearly wanting to appeal to adults and fans of the source comics, but mostly still coming off like it’s primarily targeting adolescents. That said though, Powers still improved in its second season, however slightly, and could keep improving nicely in a third season, if it gets one. Like I’ve said more than once, you can only expect so much from a PlayStation Original Series, but Powers is still respectable, and has glimmers of brilliance, especially in some of Season Two’s better episodes.

With a tightening of story focus and slightly deeper character arcs, a third season could finally start standing with the many other successful comic book shows of the current television era, even if Powers will probably never be in the same league as comic book series darlings like The Flash or Marvel’s Netflix shows. As a neat little bonus for PlayStation Plus subscribers that love superhero media though, Powers is becoming noticeably more worth your time in its second season, even if there’s still plenty of room to further improve. 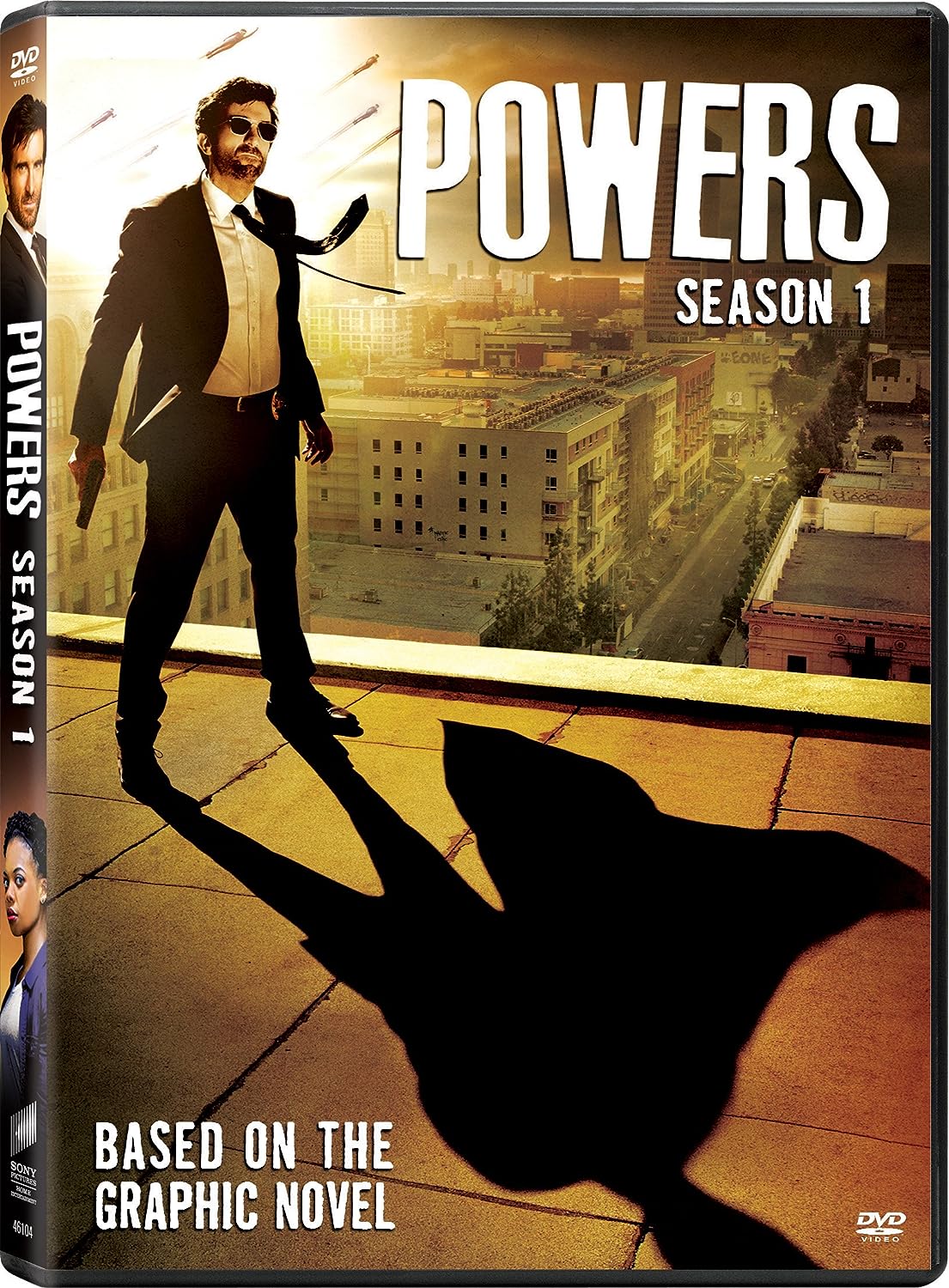 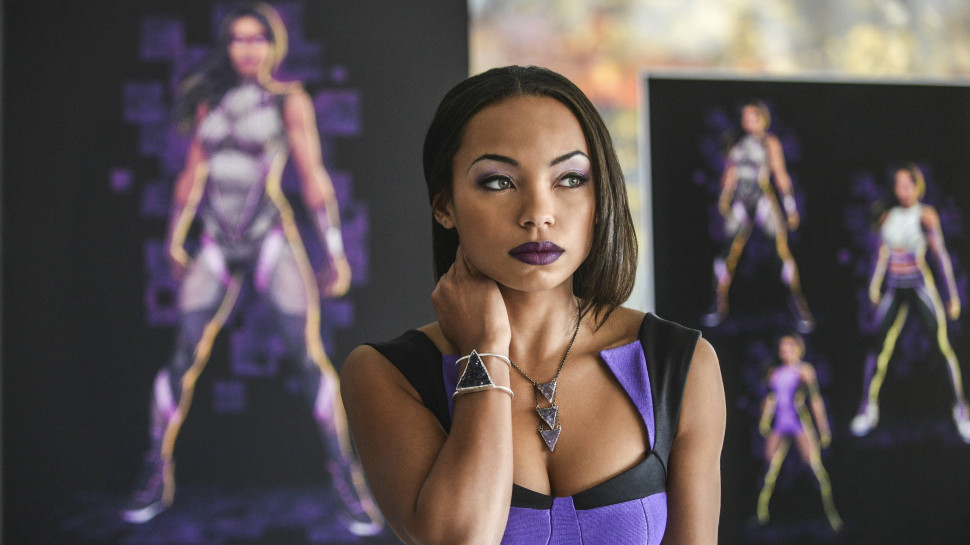 As the first original scripted show for the ‘PlayStation Network’ this show presents an original take on a genre that’s in abundance at the moment but also in high demand, from a renowned comics writer. It’s hard to imagine even the most ardent fans of this genre going out to buy a costly PlayStation for the sake of being able to watch this, even if they really enjoyed the pilot. This example therefore not only shows that a series like this has a large and clear potential audience, but also on the flip-side proves that this could have done much better had it been a network show or even on netflixs.

Christian Walker was once a superhero with strength and flight, but losing his powers to super-villain Wolfe has left him grounded and now a detective with the ‘Powers’ division of the LAPD who police the many super-powered who live in the city. Partnered with inexperienced Deena Pilgrim they investigate the new threat of a designer drug killing many in the community, discovering unexpected links to old foes.

I like Sharlto Copley, and there are moments in which I felt he was well-suited for the role as he looked the part as an ex-superhero and begrudging cop. Villain-wise there’s one stroke of genius in the casting, that of Eddie Izzard as Wolfe, an incredibly powerful incarcerated villain who started out as a philosopher. With Izzard’s elocution and speech he fits the role very well. The story arc for season 1 is rounded off in the final episode, whilst ending on a cliffhanger to lead you into season 2. the second season wont air till 2016 so there is quite a wait.