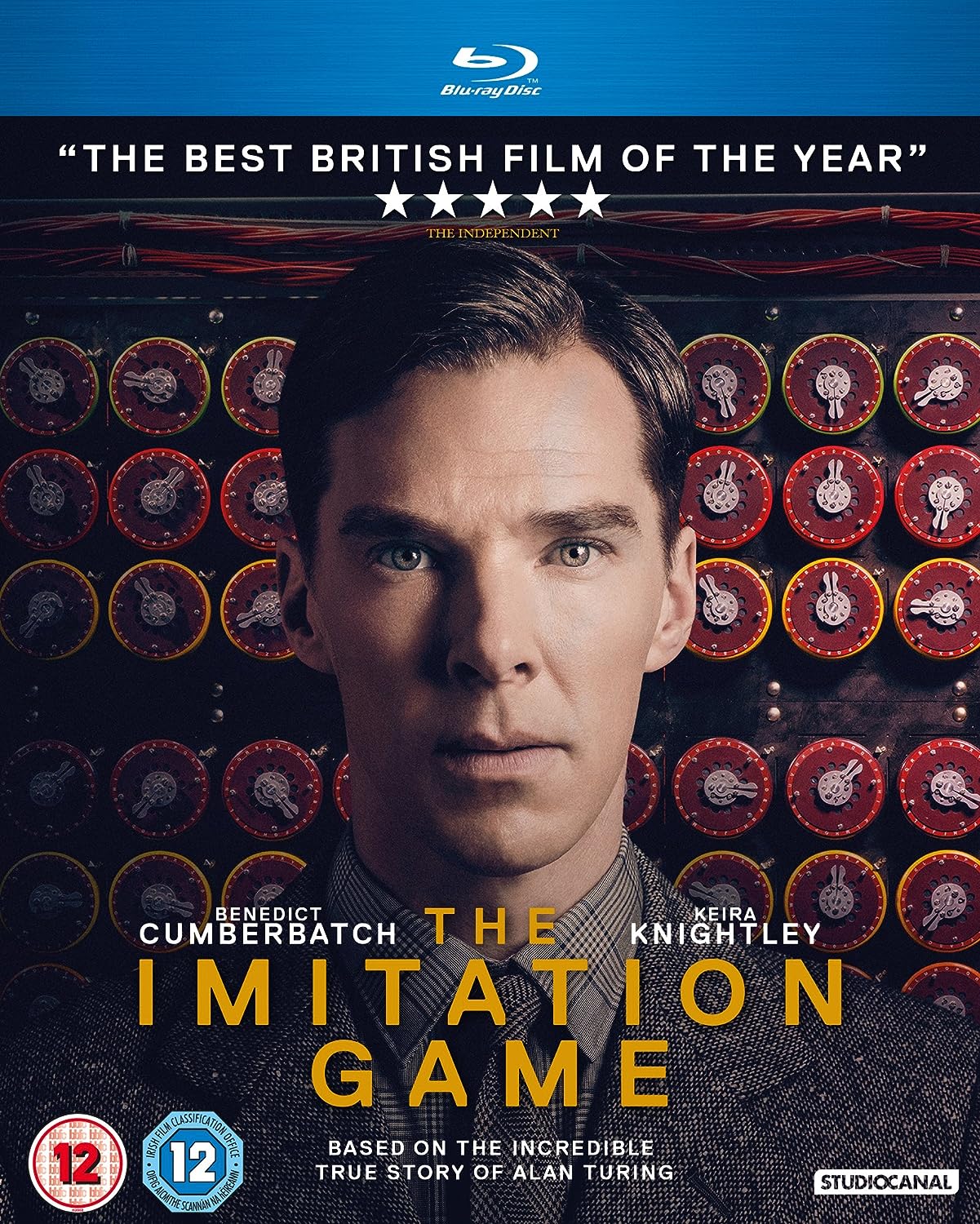 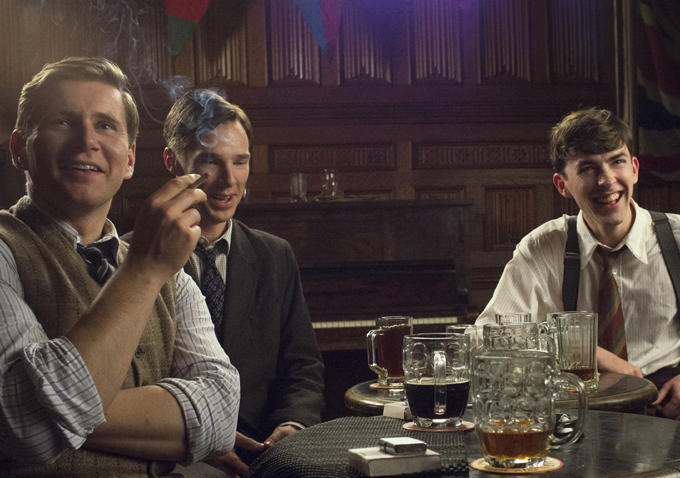 In 1952, two policemen, Nock and Staehl, investigate the mathematician Alan Turing after an apparent break-in at his home. During his interrogation by Nock, Turing tells of his time working at Bletchley Park during World War II. In 1927, the young Turing is unhappy and bullied at boarding school. He develops a friendship with Christopher Morcom, who sparks his interest in cryptography. Turing develops romantic feelings for him, but he dies from tuberculosis. When Britain declares war on Germany in 1939, Turing travels to Bletchley Park. Under the direction of Commander Alastair Denniston, he joins the cryptography team of Hugh Alexander, John Cairncross, Peter Hilton, Keith Furman and Charles Richards. The team are trying to decrypt the Enigma machine, which the Nazis use to send coded messages. 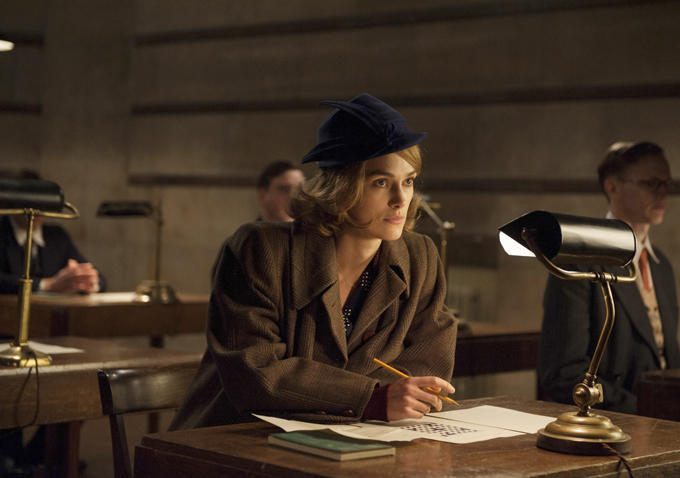 Turing is difficult to work with, and considers his colleagues inferior; he works alone to design a machine to decipher Enigma. After Denniston refuses to fund construction of the machine, Turing writes to Prime Minister Winston Churchill, who puts Turing in charge of the team and funds the machine. Turing fires Furman and Richards and places a difficult crossword in newspapers to find replacements. Joan Clarke, a Cambridge graduate, passes Turing’s test but her parents will not allow her to work with the male cryptographers. Turing arranges for her to live and work with the female clerks who intercept the messages, and shares his plans with her. With Clarke’s help, Turing warms to the other colleagues, who begin to respect him. 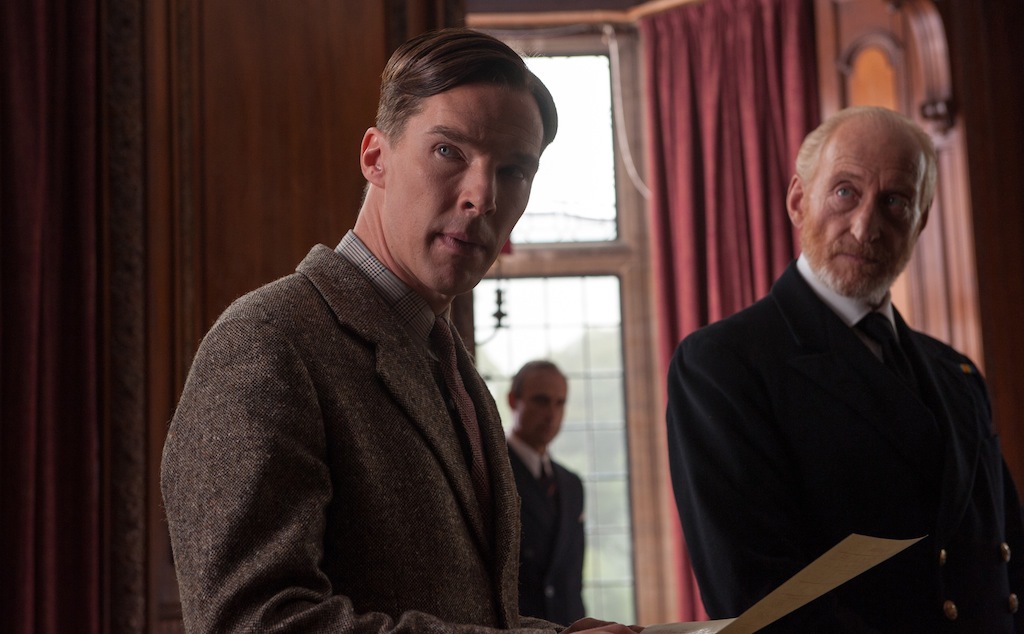 Turing’s machine, which he names Christopher, is constructed, but cannot determine the Enigma settings before the Germans reset the Enigma encryption each day. Denniston orders it destroyed and Turing fired, but the other cryptographers threaten to leave if Turing goes. After Clarke plans to leave on the wishes of her parents, Turing proposes marriage, which she accepts. During their reception, Turing confirms his homosexuality to Cairncross, who warns him to keep it secret. After overhearing a conversation with a female clerk about messages she receives, Turing has an epiphany, realising he can program the machine to decode words he already knows exist in certain messages. After he recalibrates the machine, it quickly decodes a message and the cryptographers celebrate. Turing realises they cannot act on every decoded message or the Germans will realise Enigma has been broken.Turing discovers that Cairncross is a Soviet spy. When Turing confronts him, Cairncross argues that the Soviets are allies working for the same goals, and threatens to retaliate by disclosing Turing’s sexuality. When the MI6 agent Stewart Menzies appears to threaten Clarke, Turing reveals that Cairncross is a spy. Menzies reveals he knew this already, and planted Cairncross to leak messages to the Soviets for British benefit. Fearing for her safety, Turing tells Clarke to leave Bletchley Park, revealing that he is gay. Heartbroken, Clarke states she always suspected but insists they would have been happy together anyway. After the war, Menzies tells the cryptographers to destroy their work and that they can never see one another again or share what they have done. In the 1950s Turing is convicted of gross indecency and, in lieu of a jail sentence, undergoes chemical castration so he can continue his work. Clarke visits him in his home and witnesses his physical and mental deterioration. She comforts him by saying that his work saved millions of lives.Go see it! Because otherwise you would be missing the chance to see a most remarkable film, performed to perfection. A film about a story that matters, about events that changed history.

Hideo Nakata takes a very simple idea, that of online interaction between people and turns it into something sinister with this film and targeting the angst-ridden, emotionally-charged teens of London he manages to put together a well thought-out and compelling film which whilst not perfect was still an effective British thriller with plenty going for it. A Film 4  the small cast of 5 lead characters each have their own reasons for seeking solace online and we are given an insight into their lives whilst at the same time are witness to the Machiavellian behind-the-scenes manipulation by William brilliantly portrayed by Aaron Johnson.Johnson is excellent in Chatroom it has to be said, he puts in a believable performance as William and commands your attention in the scenes he features. A sociopathic character seemingly without conscience he has his own reasons for being the way he is and time is spent getting to know him and his back-story. Whilst not a sympathetic character by any stretch of the imagination his offline persona and personal life do give an insight into why he acts the way he does and provides an explanation for how intelligent and manipulative he is to be able to wield such power over other people.it’s an excellent and the film is well worth watching, the acting is terrific at times and I did like the concept and premise of the story.