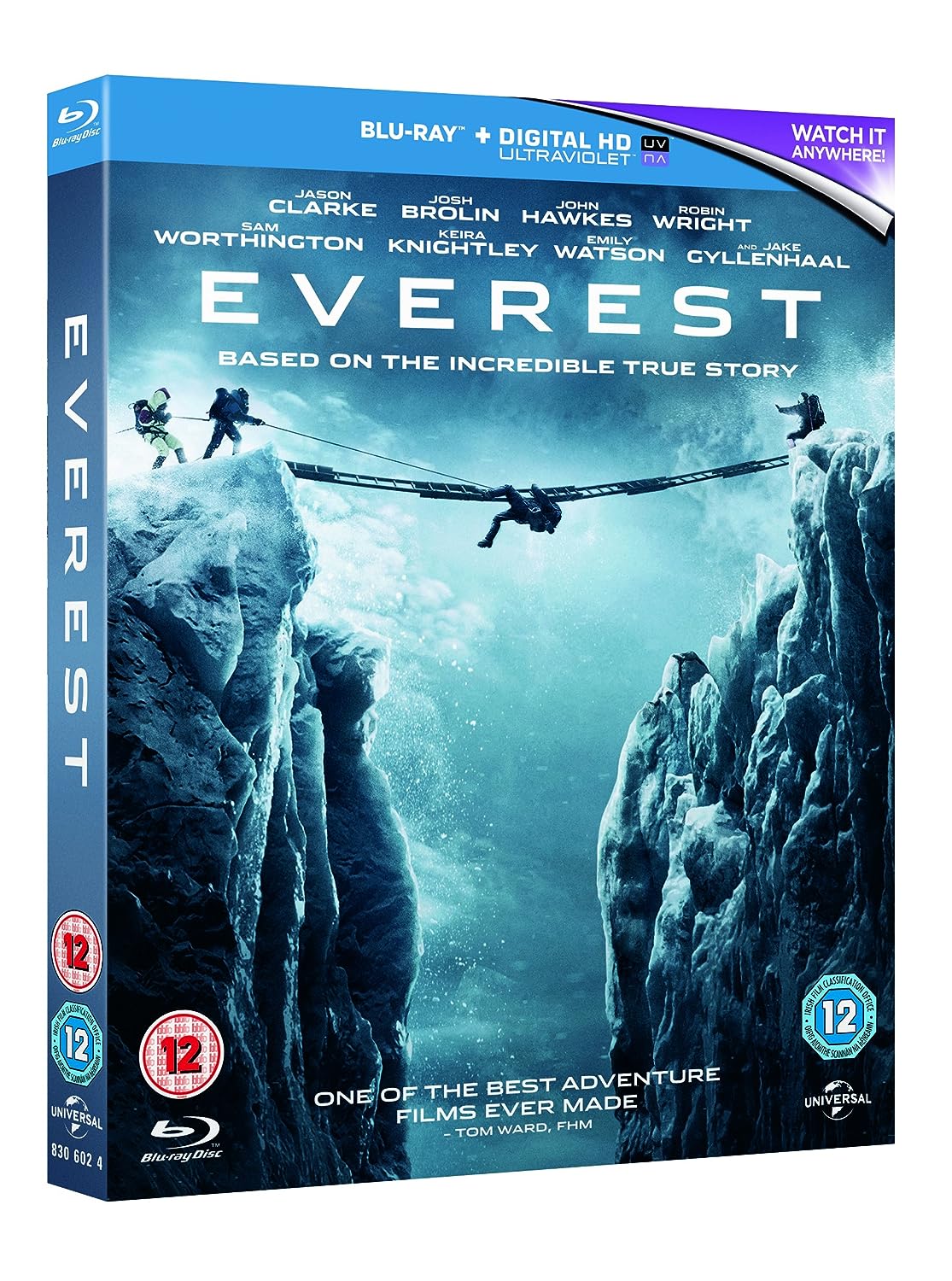 In May 1996 several commercial expeditions at base camp of Mount Everest prepare for a climb to the summit. Rob Hall, who popularized commercial Everest missions, leads Adventure Consultants; Scott Fischer is chief guide for Rob’s rival, Mountain Madness. Rob’s clients include Beck Weathers, an experienced climber; Doug Hansen, a former mailman pursuing his dream; climbing veteran Yasuko Namba, who hopes to complete her final Seven Summits ascent; and Outside magazine journalist Jon Krakauer. Helen Wilton manages Rob’s base camp. A month earlier in New Zealand, Rob says goodbye to his pregnant wife Jan and promises he will be home for the birth. At base camp Rob receives a fax from her, informing him their baby is a girl. He wants to name her Sarah, but Jan disagrees.Worried about climber crowding, Rob persuades Scott to cooperate to reduce delays. On the summit attempt, Rob’s group departs Camp IV before dawn, planning to complete the ascent and turn around by 2 pm, the latest safe time for return before nightfall. The group is delayed over an hour after discovering guide ropes are not installed on upper reaches of the climb. Beck has eyesight problems and stops. Rob tells him to return if his condition does not improve in a half-hour. Scott hurries back down to camp to help another climber, but plans to re-ascend. Rob warns him about over-exertion. Rob reaches the summit on time and is joined by other climbers including Yasuko, who jubilantly plants her Japanese flag in the snow. Descending, Rob encounters Doug struggling just above the Hillary Step and orders him to turn back. Doug insists on continuing, saying he won’t get the chance again. Rob reluctantly agrees and they reach the summit two hours later, well past safe return time. At the summit Doug is exhausted and increasingly suffering from altitude sickness. Also at the top is Scott, exhausted and increasingly ill from high-altitude pulmonary edema.As Rob helps Doug descend, a blizzard strikes the mountain and Doug’s oxygen bottle runs out, causing him to suffer hypoxia. No extra bottles are stored on the route where Rob asked and he radios Helen to send someone up with oxygen. Doug, left alone briefly by Rob, semi-consciously unclips himself from the guide rope and walks unsteadily along the narrow path. He silently topples to his death a moment later. Scott’s condition worsens. He tells fellow climbers to continue descending without him. He lies down and later dies. Returning climbers reach Beck, his vision still impaired, but they all become lost as the blizzard obliterates the trail. Three climbers go for help, leaving Beck and Yasuko behind.Guide Andy ‘Harold’ Harris reaches Rob with spare oxygen, but it is frozen shut. They huddle in place in the storm. While Rob sleeps, Andy hallucinates, a danger the camp doctor warned of. He strips off his outer clothing and slides off the mountainside to his death. In the morning, Rob radios Helen that Doug and Andy are gone and that his hands and feet are frozen. Helen calls Jan, hoping Rob will respond to her voice. Jan tells Rob that he must start moving. Rob tells her he is cold but comfortable and asks her to name their baby Sarah. He dies soon after. Returning climbers tell the camp that Beck and Yasuko are stranded. The weather, however, makes rescue impossible. Helen calls Beck’s wife, Peach, and informs her of the situation. In the morning, Beck miraculously awakens, sees Yasuko’s corpse and stumbles back to camp alone, severely frostbitten and in dire need of medical help. Peach calls the American Embassy and organizes a helicopter rescue. Nepal Army pilot Lt. Col. Madan Khatri Chhetri successfully flies a harrowing high altitude mission to evacuate Beck. Meanwhile, one of Scott’s guides, Anatoli, finds his body and moves it off the trail.Returning home, Helen has an emotional reunion with Jan, who later gives birth and names her daughter Sarah. Beck returns to his family, heavily bandaged. Closing titles reveal that he lost both hands and nose to severe frostbite and that Rob’s body remains on Everest.Overall, Everest gave me exactly what I wanted. It was intense, emotionally powerful, and the visuals were beautiful. It’s not perfectly structured, but it sure is engaging. As someone who has studied the mountain, this offers a brutal look into how much time and energy is out into a trip to Everest, and how quickly things can go wrong. Definitely worth seeing.