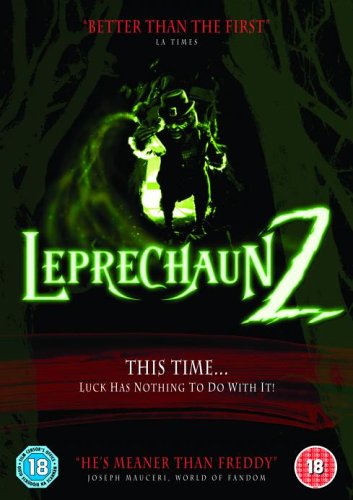 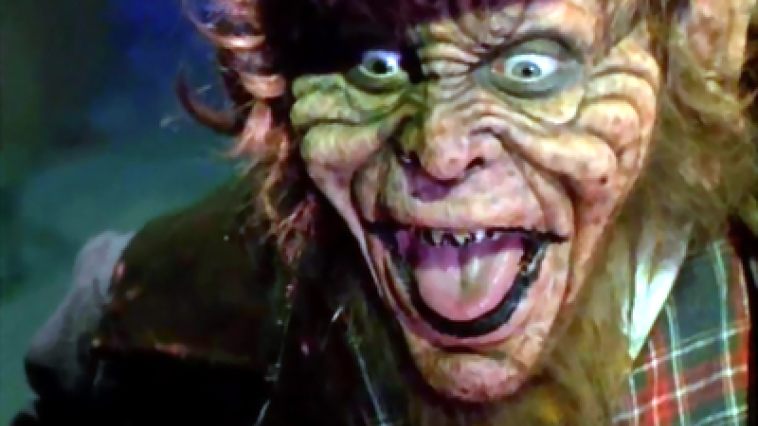 On March 17, 994 A.D., The Leprechaun is a thousand years old. Since that is his birthday, he can choose any woman to be his bride. He picks a young girl of the O’Day family. The Leprechaun describes the girl he has chosen to O’Day, but when O’Day sees that the girl is in fact his daughter, he intervenes with “God bless you” therefore denying the Leprechaun his bride, as the creature can marry any girl who sneezes three times, provided no one says “God bless you.” The Leprechaun captures, tortures and tells O’Day that he will marry his descendant in a thousand years time on St Patrick’s Day, before killing O’Day.

One thousand years later, St Patrick’s Day in modern-day Los Angeles, a petulant sixteen-year-old girl named Bridget Callum, a descendant of the O’Day bloodline, has gotten into a fight with her boyfriend, Cody Ingalls. Cody frequently has to break their dates in order to support Morty, his alcoholic scam artist uncle. The Leprechaun steals some whiskey and a gold tooth from a homeless man and a gold ring off the finger of Tim Streer, a talent agent. After all of this, he follows Bridget to her house, where a boy named Ian attempts to persuade her into letting him in; she refuses with a swift elbow to his ribs. The Leprechaun then creates an illusion that fools Ian into believing that Bridget is asking him to kiss her, while in actuality, they are a pair of lawnmower blades that start up after Ian shoves his face into them.

Shortly afterwards, Cody knocks on the door and apologizes, offering flowers, which causes Bridget to sneeze all over his shirt. The third time she sneezes, Cody begins to say “God bless you,” but is unable to complete the blessing when the Leprechaun attempts to strangle him with a telephone cord. After a struggle, the Leprechaun disappears with Bridget, losing one of his gold coins, which Cody soon finds. The police soon arrive, find Bridget missing, Ian dead, and a note from Cody at the scene, leading them to get an arrest warrant out for him. Cody returns to Morty’s house and tells him what happened; Morty says he’s crazy until the Leprechaun breaks in and they barely escape. Morty and Cody then go to a bar, which is filled with people celebrating St. Patrick’s Day. While there, Cody is given a piece of chocolate in a gold wrapper by one of the bar’s patrons. The Leprechaun appears and Morty challenges him to a drinking contest. While the Leprechaun downs whiskey, Morty is actually drinking soda and water. The Leprechaun eventually becomes extremely drunk, so much to the point he can barely use his magic. He distracts Morty and Cody by turning on a jukebox with his powers, leading him to get away. He goes to a coffee shop, where he sobers up. Upon being asked for payment for the coffee, the Leprechaun thinks the waiter wants to take his gold and kills him. Meanwhile, Cody and Morty break into the go-kart racetrack since the office contains a huge safe on wheels made of wrought iron, the only thing that can harm the Leprechaun. Cody traps the Leprechaun inside, but Morty takes advantage of the opportunity to claim three wishes and locks Cody in a store room.

His first is for the Leprechaun’s pot of gold, which appears in Morty’s stomach, grotesquely stretching it. Morty wishes for the Leprechaun out of the safe for help, and, for his third wish, asks for the pot of gold out of him. The Leprechaun cuts Morty’s stomach open and pulls out the pot, killing Morty. Just then, as Cody breaks out of the store room, a security guard, who has responded to a silent alarm that Morty tripped, enters. Before he can arrest Cody, however, the officer is lured onto the track by the Leprechaun’s impersonation of Bridget and is run over twice and killed by the little green man in his own custom go-kart. 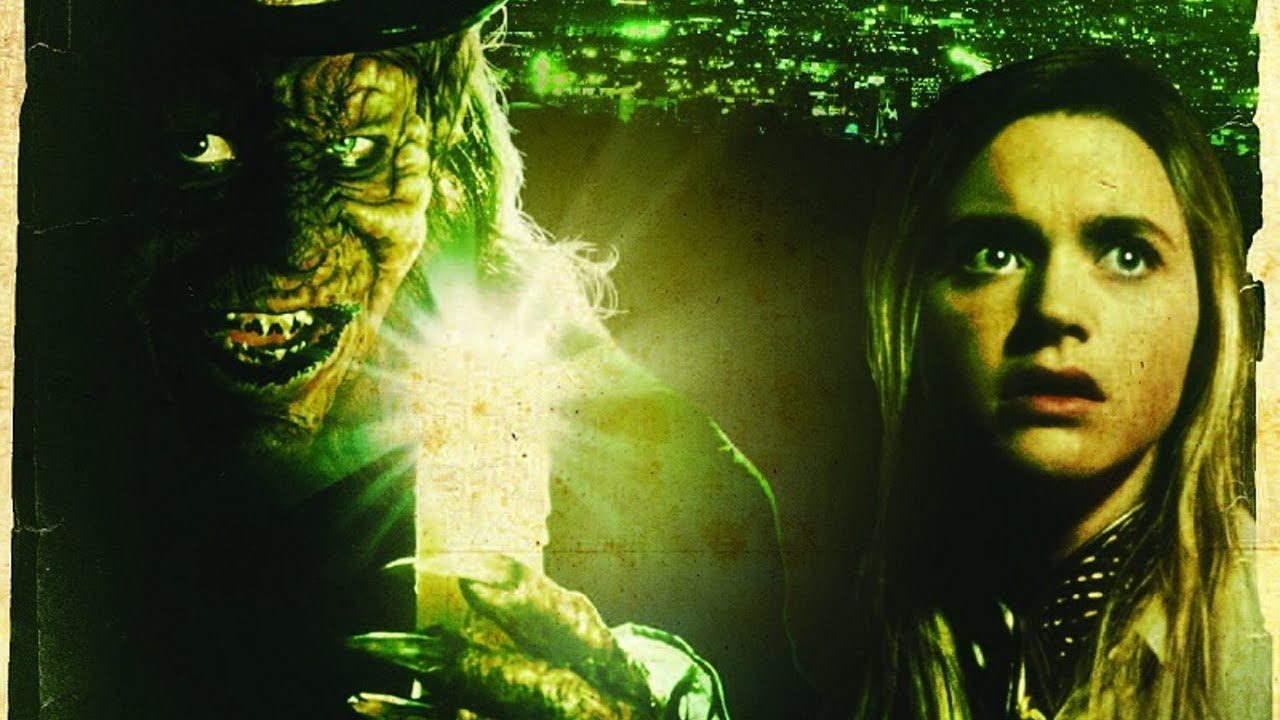 He attempts to kill Cody for his gold coin, but Cody realizes that as long as he holds it, the Leprechaun cannot harm him, leading him to run to the Leprechaun’s lair to attempt rescuing Bridget. Before he can find Bridget, however, Cody is attacked by the skeleton of William O’Day carrying out the Leprechaun’s bidding. After he defeats the skeleton and overcomes many illusions, he finally stumbles upon Bridget in the Leprechaun’s room with a gold collar on her neck. Suddenly, the Leprechaun corners Cody, demanding that he return his coin. Bridget, who has been picking at her collar with a broken awl, breaks it off, throws it at the Leprechaun’s head, and runs, as Cody follows. The Leprechaun dusts off his hat and pursues them both. In their mad dash to find an exit, Bridget and Cody get separated. When they meet up again, Bridget convinces Cody to leave the coin behind. When Cody is reluctant to part with the coin, the only thing that is keeping the Leprechaun from harming them, Bridget kisses him, so Cody hands her the coin.

The Leprechaun, who was pretending to be her, knocks Cody across the room and then goes after Bridget. Suddenly, Cody jumps up and shoves an iron crowbar through the Leprechaun’s chest, pointing out that the gold coin was actually the gold-covered milk chocolate. Together, Cody and Bridget run out of the lair, and the Leprechaun explodes behind him. Bridget asks Cody how he knew that the illusionary Bridget wasn’t really her kissing him, and Cody informs her that her kisses are different. She then asks him whether he’s going to keep the coin. “It’s not worth it,” Cody replies and tosses it on the ground. They then share a laugh and walk home.

Leprechaun 2 has much more great humor, like the scene where he and Cody’s uncle are drinking, and it was just so hilarious to see a leprechaun drunk. “Drink all you want… drink all you can… you can’t beat me… ’cause I’m a lepre-can! Mmmph! Chaun!” LOL! I loved that line. Watch this movie if you are in the correct mood or enjoy the series. Don’t take it so seriously, otherwise, you’re looking for the wrong kind of movie. 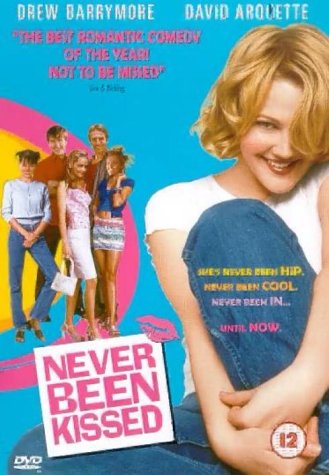 Josie Geller (Drew Barrymore) is an insecure copy editor for the Chicago Sun-Times who has never had a real relationship. One day, her editor-in-chief, Rigfort (Garry Marshall) assigns her to report undercover at a high school to help parents become more aware of their children’s lives.  Her first day at South Glen South High School is miserable. Josie reverts to the old geek persona that ruined her first high school career. She also has an unfortunate run-in with three obnoxious popular girls (Jordan Ladd, Jessica Alba, and Marley Shelton), and Guy Perkins (Jeremy Jordan), the school’s most attractive, popular student. Josie loses hope, but is reassured when a kind-hearted nerd named Aldys (Leelee Sobieski) befriends her. Aldys, who loathes Guy and his gang, invites Josie to join The Denominators, a group of intelligent students.

Josie develops a crush on her English teacher, Sam Coulson (Michael Vartan), and becomes the top student in his class. After reciting a romantic excerpt from Shakespeare to Sam, Josie has horrible flashbacks to when she read a romantic poem aloud in class to her high school crush, a popular boy named Billy Prince (Denny Kirkwood), who later asked her to their senior prom, making her dream come true. However, on the night of the prom, Billy arrives with another girl and both of them hurl eggs and insults at Josie, humiliating her and breaking her heart.

One night while out driving with Aldys, Josie encounters Guy and his gang at a local hangout called “The Court” where promiscuity and underage drinking take place. Her managing editor Augustus “Gus” Strauss (John C. Reilly) loses patience with Josie after a rival paper scoops The Court story, and orders Josie to become friends with the popular kids. He arranges for her to wear a hidden camera, and soon the whole office becomes obsessed with her story. Josie confides in her brother Rob (David Arquette) about her fears. Rob, who was their high school’s most popular boy in his teens, urges her to let go of her old self and start anew. To help her, Rob enrolls as a student and becomes an instant hit. He then uses his influence to draw Josie into the cool crowd, much to the dismay of Aldys.

Sam and Josie grow closer, but Sam struggles with his feelings as he thinks she’s a student. Guy and Josie attend the prom as Rosalind and Orlando from Shakespeare’s As You Like It. Anita, Gus and Josie’s other co-workers watch through the camera and are overjoyed as she is voted prom queen. As Guy dances with Aldys as an alleged act of friendship, the mean girls attempt to dump dog food over Aldys. Outraged, Josie throws her crown away and reveals her true identity. She praises Aldys for her kindness and warns the students that one’s persona in high school means nothing in the real world. Sam is hurt by her lies and states he wants nothing to do with her. Also angered is Rob, who as a phony student received a second chance at baseball. Josie, ultimately making amends, secures him a coaching job.

Josie vows to give Gus a story and writes an account of her experience. In it, she admits she’s never been kissed, describes the students of South Glen South, and avows her love for Sam; the entire city is moved by it. She writes she will stand in the middle of the baseball field and wait for Sam to come and kiss her. Josie waits, but the clock runs out with no sign of Sam. On the verge of giving up… cheers, then a booming roar, as Sam emerges to give her a romantic kiss.

Barrymore is brilliant in this, and she is backed up by a great cast. It is a good rom-com where the romance is not overdone and though it is slightly predictable, it is very enjoyable and good for a night in.