Grace Rhodes is a medical student who returns to her hometown of Grand Island, Nebraska, to take care of her mother, June (Karen Black), who has become paranoid and refuses to leave her yard. She is having recurring nightmares of being attacked by children. Grace also has to look after her younger siblings James and Margaret. She takes a job at Dr. Larson’s local clinic, where she’d worked prior. James and Margaret become ill and show symptoms similar to those of the children in June’s dreams. The next day, while working at Dr. Larsen’s office, Grace notices that many other kids have the same symptoms. During the night all of the kids in town get worse as their fevers skyrocket. Suddenly it all stops and the fevers begin to drop. 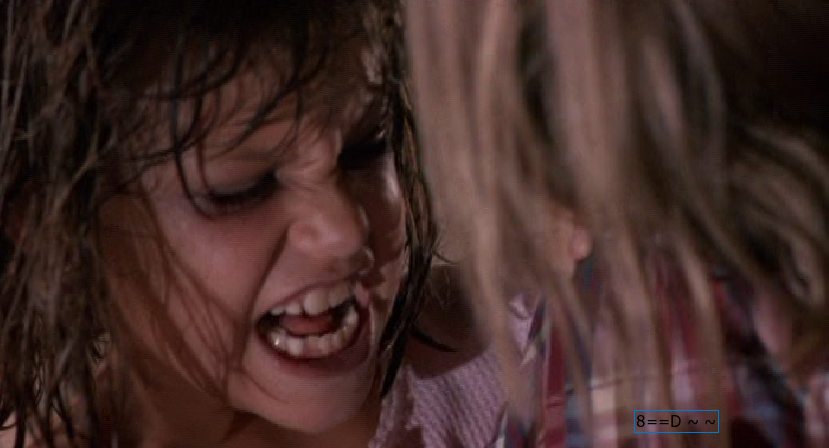 Local parents Donald (Brent Jennings) and Sandra Atkins notice that their son Marcus is acting strangely. One night, a group of children descend upon the house led by a child preacher, and Sandra is murdered in front of Marcus. The police arrive and begin to question Donald; Marcus flees into a field, and is chased by a sheriff, who is confronted by the child preacher and killed. A suspect in his wife’s murder, Donald goes into hiding, and is taken in by two elderly sisters, Jane and Rosa (Marietta Marich).

The children stop answering to their names and claim to be someone else. Dr. Larson, a longtime resident, recognizes the identities that the children are using as those of dead children from the town’s history. Dr. Larson is killed by two of the children in his office one night. When Grace arrives the next day, Dr. Larson has vanished, and the blood tests of the children reveal inexplicable signs of death and decay. June has her recurring nightmare again, only to discover that she is not dreaming and that it is actually happening. She flees her house and drives away. June spots James entering an old barn and she follows him inside. She is captured and killed by the child preacher, after which children begin to gather at the barn. Grace decides to go to Dr. Larsen’s house to find him. Donald hijacks her and her car and forces her to drive at gunpoint. They go to Jane and Rosa’s house. Rosa reveals that the child preacher, Josiah, was the bastard son of a local woman. He was taken in by traveling preachers and became a very gifted preacher. Over the years, Josiah never grew out of boyhood and stopped aging. The traveling preachers gave him over to darkness to stunt his growth, but when word got out, they abandoned him. Josiah killed the preachers and then the townspeople burned him alive and sealed his remains in a well.

Meanwhile, Grace’s best friend Mary Anne, also an employee at the clinic, is attacked and killed by Josiah. Grace and Donald return to the clinic and discover Margaret is missing, but they learn that Josiah’s weakness is mercury. It is also revealed that Josiah is Rosa’s son. Margaret, James, Marcus, and all the other children gather at the barn and offer blood to Josiah. Marcus is a hemophiliac, meaning he will bleed to death if he gets even a small cut. Marcus, however cuts his hand, offering his blood to Josiah, and Margaret offers Josiah her soul. Marcus collapses from blood loss and Margaret is pulled into the pool of blood, from which Josiah emerges.

Donald and Grace arrive at the barn. They connect the barn’s sprinkler system to their supply of mercury. Donald fills two of his bullets with mercury and gives the gun to Grace. Donald stops Marcus’ bleeding, but the children try to kill him. Josiah attacks Grace, but she shoots him with a mercury bullet. She then finds June’s and Dr. Larsen’s body. Josiah attacks her again, but Grace activates the sprinklers which shower him with mercury. Grace slashes him with his own scythe, finally killing him. The children stop trying to kill Donald and return to normal. Grace finds Margaret, apparently drowned, but manages to revive her. It is revealed that Margaret is actually Grace’s daughter, and that she abandoned her with June as a teenager. After the funerals for the victims, Grace, Margaret, James, Donald, and Marcus all move out of Nebraska.

Children of the Corn IV is another surprisingly worthy entry into the series. Taking the route of kids getting a fever in a small town, there are some good death scenes and special effects and the acting ability of the kids in this one is better than the third movie. Naomi Watts and Karen Black add a little star quality and Watts shines throughout compared to the rest of the cast showing why she has become an A-lister