The whole concept of this season was that these 5 Gosei Angels in training are trapped on Earth after the Tower of Heaven(the bridge between our world and theirs) is destroyed by the Warstar aliens. So basically, they have to defeat the Warstar and try to find a way to get back to the Gosei World. Throughout the series, despite its hardships, I always loved this concept of the angels who come down when the Earth needs to be protected being trapped here. But, some of the things they did along the way annoyed me a bit. These 5 angels: Alata and Eri from the Skick(Air) Tribe, Agri and Moune from the Landick Tribe, and Hyde from the Seaick Tribe. Why only one from the Seaick Tribe you ask? Spoilers, cause Magis, Hyde’s partner, died. So after the Tower is destroyed, they all meet each other, and befriend this kid named Nozomu.  Nozomu decides to let them stay with him and his astromoner dad while they are stuck on Earth. 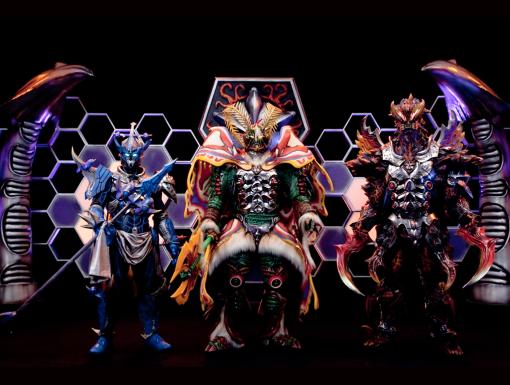 Warstar Arc
The Warstar aliens are the monsters for the first like 12 episodes or so. So the main villain  Mons Drake, Dereputa, and Susei no Buredoran are the leaders of the Warstar and they attack Earth and what not in the generic kill all human villain style. It ends fairly quickly with the Goseigers blowing up the ship

In the very next episode we see the debut of the Yuuna Beasts, Makuin and Kingugon. Now their mission is to basically pollute the whole world so all living things die. Thd they were sealed up by the original Gosei Angel a long time ago. So after they appear, we see Buredoran, who apparently survived the giant ship explosion, and he has a new look and is calling himself Chupacabra and wants to help the Yuuma Beasts and he does. During this arc, we see the debut of a couple cool things mainly GoseiKnight who is all kinds of badass. GoseiKnight is an ancient header who transforms into a knight and can fight on the ground and can become a zord. We also see the debut of the Super Goseiger power. Now throughout this arc we see Buredoran trying to betray Mukuin and Kingugon many times and eventually he dies. In the end of this arc Master Head gives the Goseigers the majority of his powers so they get GoseiUltimate and they defeat the Yuuma Beasts. The end of this arc is where I feel the series really started to pick up the pace and catch my interest a little more. 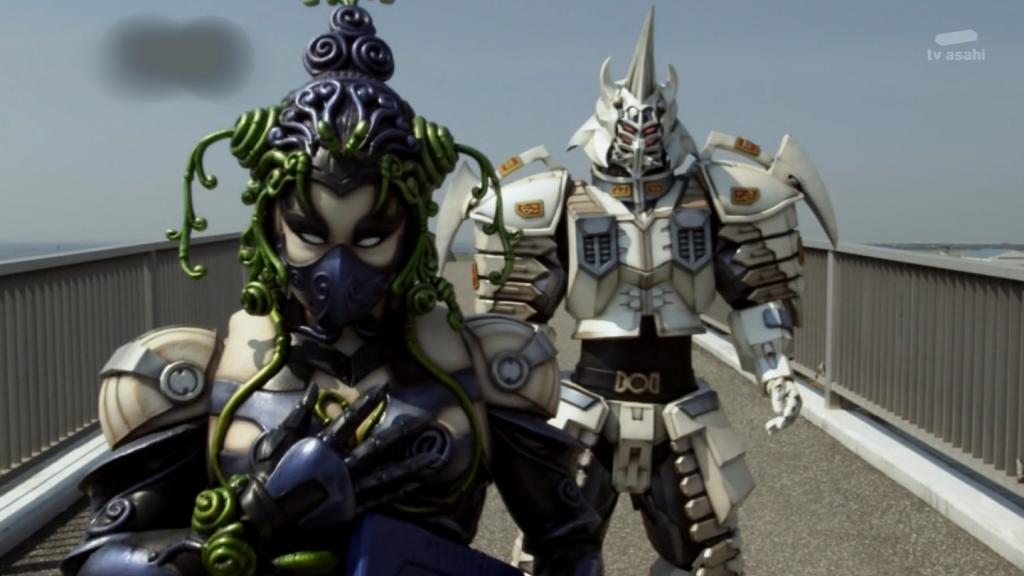 After the long battle with the Yuuma Beasts, this new robot empire from anciet times shows up called the Mantorintis. The Mantorintis is composed of Robogog and Metal Alice. So they have all this data on the Goseigers and build robots best suited to defeat them, but alas cannot. After a few episodes the Mantorintis build a robot out of Buredoran’s corpse, but steal his memories. They fight tthe Goseigers, and Alice gives Buredoran his memory back and he of course betrays Robogog and kills him.

So now, it’s revealed that Buredoran, who is the Gosei Angel, named Burajira, who originally sealed the Yuuma Beasts a long time ago. After he sealed them, he time-traveled 10,000 years in the future to right before the Warstar attacked, and has been using the other three groups to gain power to destroy the world then rebuild it for himself. So he kidnapped GoseiKnight, and made him fight the Goseigers, while the Goseigers defeated 3 monsters that would become dark gosei power drills. These drills are supposed to go into the Earth and destroy it, but of course the Goseigers stop him by defeating him, and then using some Gosei Global technique. They then become full-fledged Gosei Angels, but choose to stay on Earth.

So in the main story line department, Goseiger’s was very good. Despite the horrible filler episodes, the last 12 episodes or so really got me hooked into the story and the show in general.