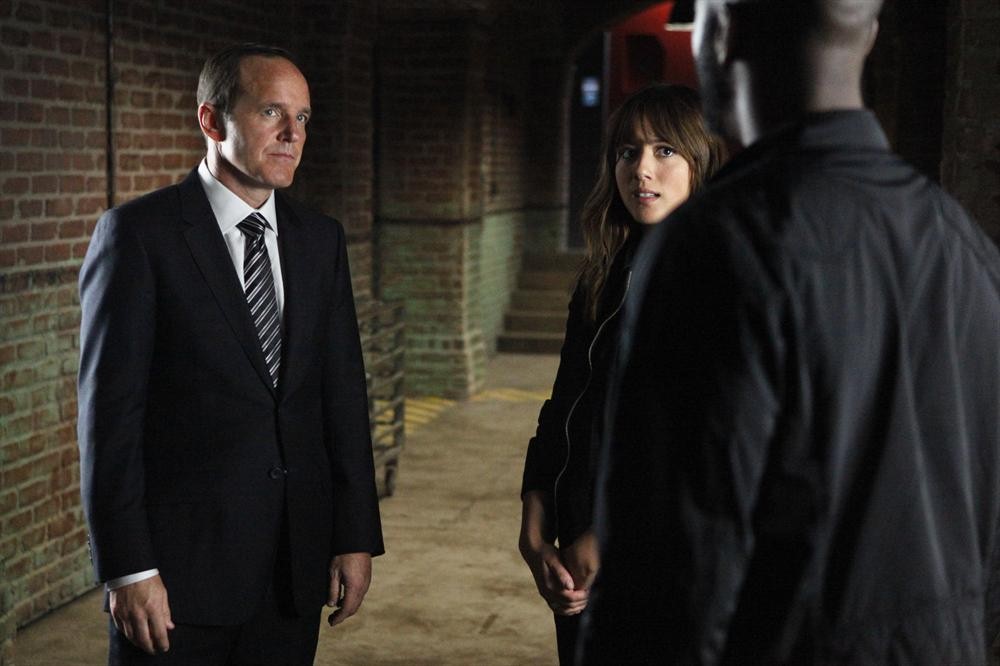 For many, Marvel’s Agents of SHIELD in its first season  became a forgotten and/or overlooked series, which was too bad, and yet understandable. This was Marvel’s first TV series, coming off of an amazing run of movies and it just didn’t deliver when it debuted. The initial episodes felt unfocused and badly paced,but many people people felt the show improved when SHIELD notably improving in the wake of Captain America: The Winter Soldier’s events.

In season 2 the pacing was hugely improved, with storylines no longer taking forever to bubble up again and secrets no longer being kept both from the audience and the characters that no one on screen seemed in a hurry to deal with. Instead, there was payoff to big plot threads happening consistently, as both lingering questions from Season 1 and newly introduced plotlines were deftly dealt with and tied up, while paving the way for new mysteries. On the villain front, there was some nicely done twisting and turning regarding who the Big Bad would be in Season 2. We began with a focus on Hydra leader Whitehall and while Reed Diamond had fun in the role, Whitehall rarely had moments that made him feel like a truly credible threat. When he was killed in the midseason finale, it seemed Kyle MacLachlan’s Cal would take center stage as SHIELD’s main foe… but there was yet another swerve in store.

The fact that Skye’s mother, Jiaying (Dichen Lachman), was alive at all was a surprise and we soon saw that she was the leader of the Inhumans and could be pretty strict and cold when it came to doing what she felt was right to protect her people… but that was all hiding just what a zealot she had become, convinced war with humanity was inevitable and willing to begin it herself (via a staged attack) to get all her people on her side. The fact that Jiaying was the true main villain of the season was a subtle, slow reveal and much appreciated for how it was pulled off. We understood the tragic events that had changed her, even as we came to see she, and not Cal, who was the most dangerous.

Oh, and did I say Inhumans? This was also a huge part of the season, which was especially notable because it indicated that behind the scenes, Marvel had decided Agents of SHIELD could lead the way in a much more notable way than before, rather than being simply reactive to the events of the films. We know an Inhumans film is coming in a few years, but now this series has already introduced the concept into the MCU. Presumably the film will focus on the Royal Family and a very different group of Inhumans than the ones we met here, but this show was still allowed to be the first part of the MCU to give us Terrigen Mist, the Kree origins and all the major background elements of the Inhumans. 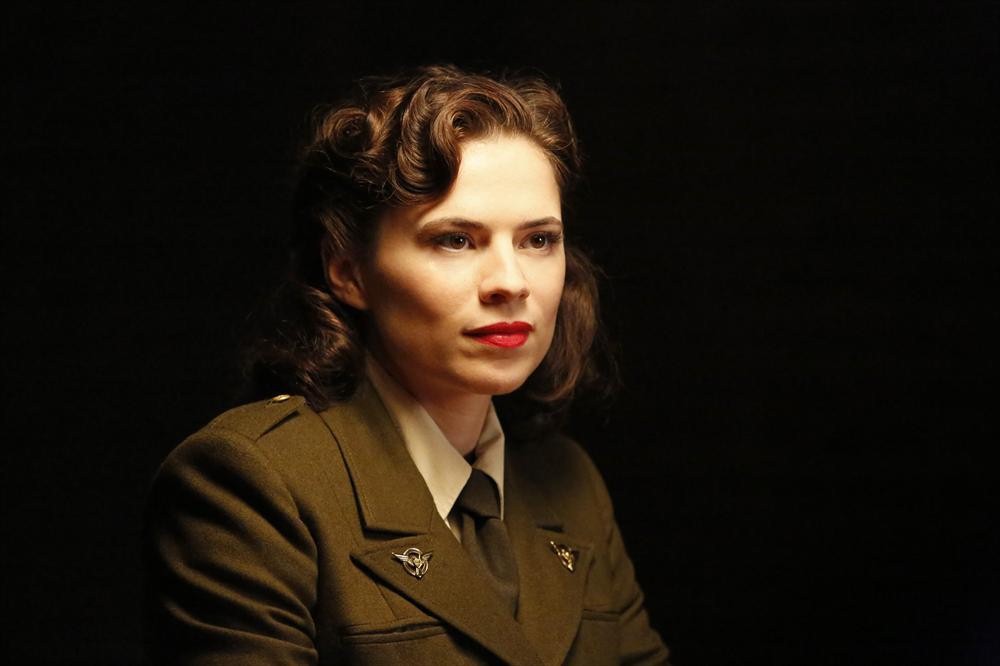 In general, SHIELD felt less restrained this season. The first couple of episodes utilized the notable Marvel villain Absorbing Man, while the reveals that Cal and Skye were, respectively, Mr. Hyde and Daisy Johnson/Quake, rooted this show much more into its Marvel Comics roots. 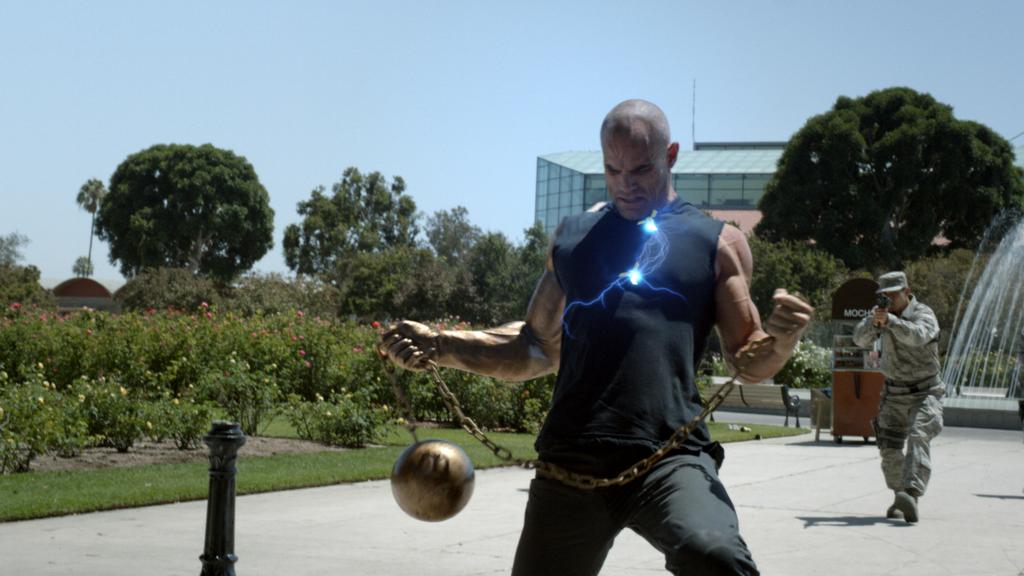 While it began in the latter half of Season 1, SHIELD: Season 2 also benefited from much stronger characterization. While there were so many characters they all didn’t get as much time as might have been ideal, they still all felt much more distinct and specific than the show’s early days, and the fact that several members came and went and shifted allegiances kept things interesting. Ming-Na Wen was always a great presence on the show, but Melinda May was given a lot more depth, as we met her ex-husband, Andrew (Blair Underwood) and finally got the dark details of that incident in Bahrain that we kept hearing about in Season 1. The rift between Fitz and Simmons added a lot more textures to both of them, and was beautifully played by Iain De Caestecker and Elizabeth Henstridge, while Coulson, now the director of SHIELD, had to reevaluate his approach, making much harsher decisions that pained him, but felt more involving and believable than the overly sappy, often naive approach that he began the series with.

As for Skye, the writers and producers certainly still were determined to make her the most important and revered character on the show, but this season, it actually felt like they were earning her that position. Sure, we had to accept that she’d apparently gotten one hell of a crash course in being a badass fighter from May between seasons, but it felt good to see her actually be such a formidable presence in the action scenes – and Chloe Bennet really rose to the challenge of her characters new dynamic. And by making Skye both an Inhuman and Daisy/Quake, we at least had tangible reasons she would be important to us as viewers, beyond Coulson simply saying she was awesome over and over again. Bennet and Kyle MacLachlan also were able to build a strong rapport together as the estranged father/daughter duo. Speaking of MacLachlan, what a job he did. While Dichen Lachman brought the perfect pained righteousness to Jiaying, who truly believed what she was doing was right, MacLachlan had the freedom to go absolutely crazy as the absolutely crazy Cal and wow, was he fun. He expertly conveyed his character’s wish to be a happy, doting husband and father intermixed with his violent rage and gave the season some of its best moments – goofy Mr. Hyde makeup/visuals in the season finale aside.

The new additions to the SHIELD crew were also appreciated, with Nick Blood’s Lance Hunter, Henry Simmons’ Mack and Adrianne Palicki ‘s Bobbi Morse/Mockingbird all fitting in very well. With such a big group of agents, someone was bound to be overlooked, and unfortunately, that was Trip (B.J. Britt), who never really got a storyline of his own – except to be the big midseason death. Which wasn’t as impactful as it could have been because he felt like a character with potential that was never fully utilized in any capacity (Remember when he and Simmons were flirting?).

The “Other SHIELD” storyline was an interesting inclusion, with Edward James Olmos bringing exactly the gravity you’d expect him to as Gonzales. I liked the idea of he and Coulson being so opposed and yet very respectful of one another, in their own ways. I just wish we’d gotten a bigger payoff to that, as Gonzales was killed by Jiaying before he and Coulson really came to any sort of conclusion in their own conflict except on the “very begrudging/wary allies” level.

I went into Season 2 very concerned about Grant Ward’s continuing presence on the series. His betrayal was a shot of Adrenalin the bland SHIELD crew needed and his actions had been too extreme and lethal to be forgiven or excused – but this is TV, where it seems any character can be redeemed. And I really didn’t want to see Ward redeemed, especially since Brett Dalton really found the character when he was allowed to play him as a villain. Thankfully, Season 2 didn’t try to bring Ward back onto the SHIELD team – in fact, by the end, he was more delightfully despicable than ever, torturing Bobbi and setting a trap to kill any SHIELD agent that attempted to rescue her and shooting and killing May, point blank, the first chance he had.

SHIELD: Season 2 benefited from a show now unafraid to shake up the dynamic. Perhaps having to completely change everything about the series two thirds into the first season served as an inspiration, but from Simmons’ double agent status, to Gonzales’ crew taking over, the show rarely felt stagnant. The show’s always been in a difficult scenario – people love the interconnectivity of the MCU, but because the movie’s have the big superheroics covered, SHIELD felt hindered by not being able to deal with a lot of the bigger name heroes, in a way a series like The Flash (which isn’t connected to DC’s movies at all) doesn’t have to deal with. The decision to have Coulson and Skye begin to form a team of superpowered members seems to indicate those involved have decided its time to bring some more ongoing flash  to the series, even if it won’t be with the biggest name characters. Things will no doubt change in a big way again as a result, but right now, it’s exciting to ponder what’s coming next.