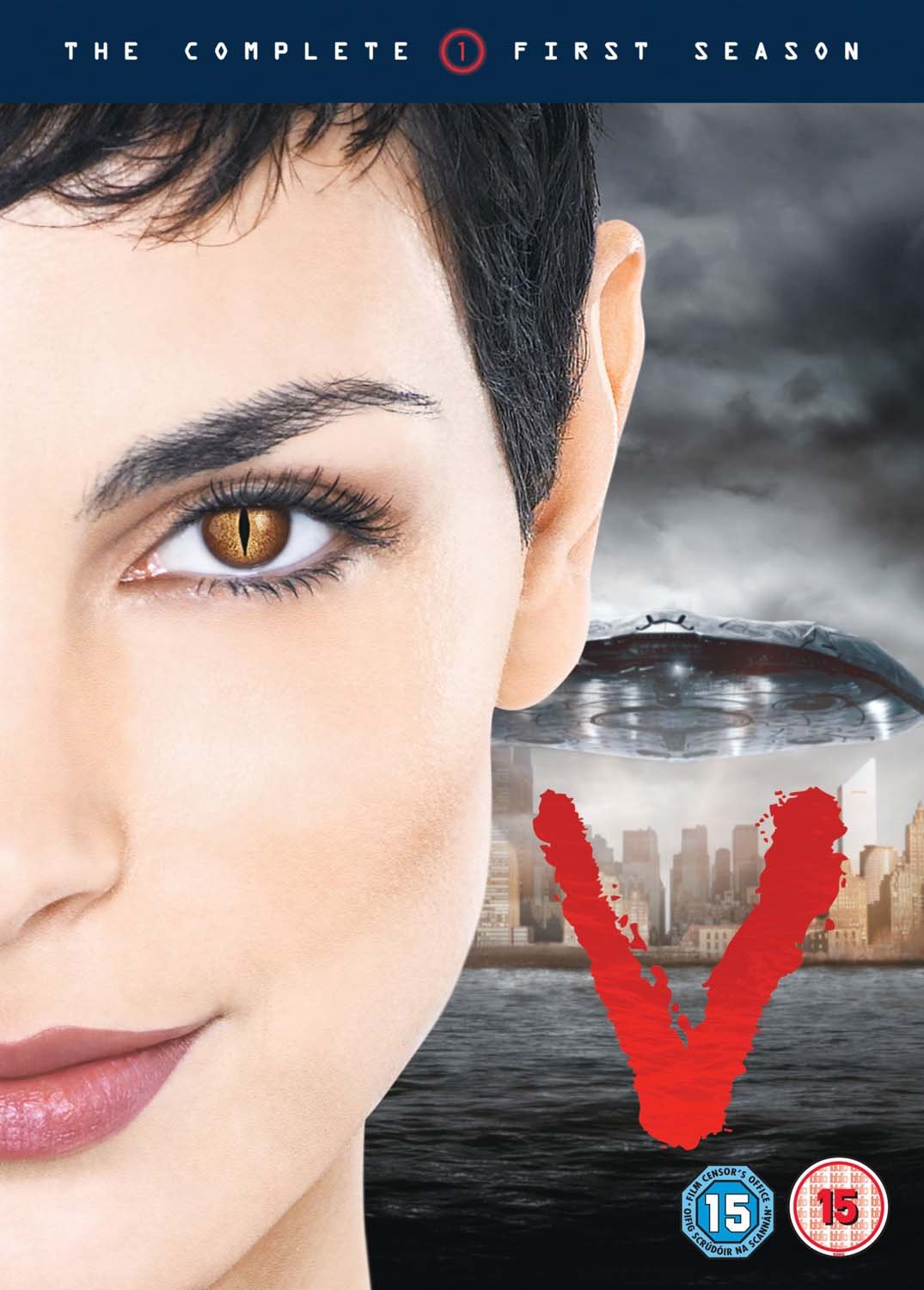 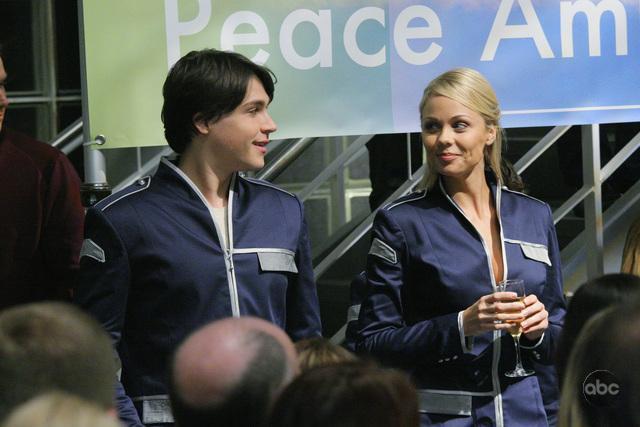 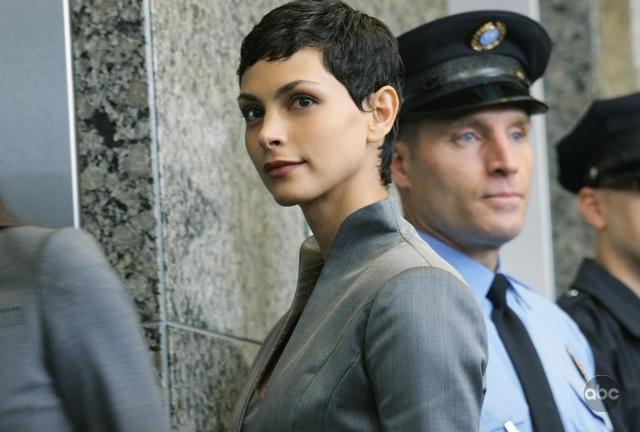 If you’re old enough, you remember the original incarnations of V and V: The Final Battle. Me? I used to stay up late to watch them when they were re-run as a child. I was fascinated by the Visitors and when I learned ABC has rebooting the show, I was on-board for, at the very least, the beginning. Did I want to stay after that? Find out after the jump. 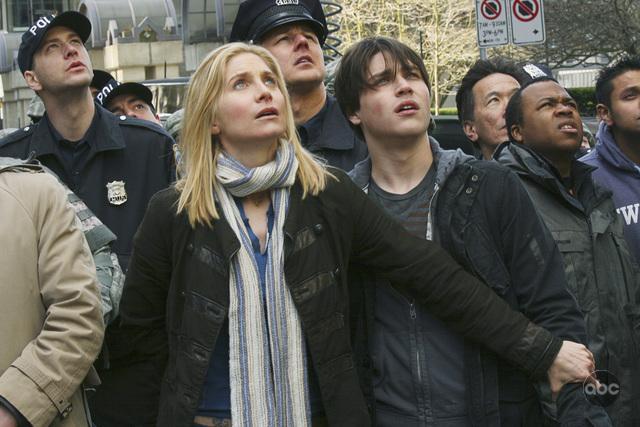 For those not old enough, or not nerd enough, to be familiar with the original V series, you needn’t worry as this series stands on its own legs. Planet Earth is in turmoil. We starve. We struggle. We fight. We repeat that pattern ad nauseum. You’re all too familiar with the drill. Imagine one day, you looked up to the sky and saw massive spaceships. It’s not you alone, either; it’s the whole world. My first thought, of course, would be “oh expletive!” because I’ve seen enough science fiction, but now imagine that a very pretty, and very human looking face, assures you that these newcomers are “Of peace… always.” Add to that an offer of cures and technologies to raise us up from our daily struggles. Sounds too good to be true, right? A small group of people start to peel back the layers and find the cold, reptilian heart beating beneath. Season One of V tracks the arrival of the Visitors and the formation and first steps of defiance of the resistance. 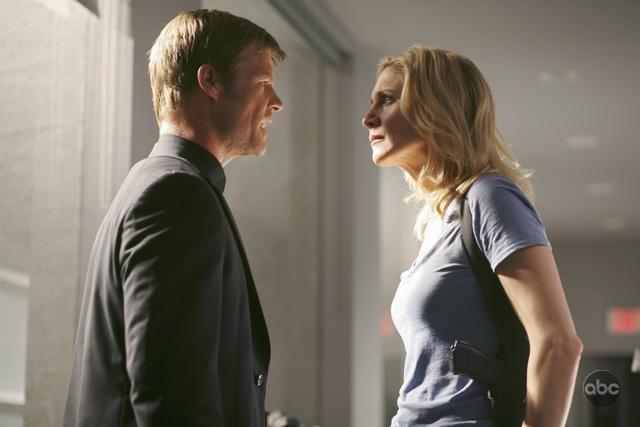 This series rests on the shoulders of two mothers duking it out (not literally, at least not yet…) for the fate of their two respective worlds. Bringing it home for Team Earth, Elizabeth Mitchell (Lost, The Lyon’s Den) in the role of Erica Evans, a counterterrorism agent who stumbles into the V conspiracy. Not only is she an actual mother, to Logan Huffman’s Tyler, but she also plays the part of our Earth Mother. With her on Team Earth, conflicted priest Father Jack Landry (Joel Gretsch – The 4400, Taken), a human-friendly, Fifth Column member Visitor Ryan Nichols (Morris Chestnut – Boyz in the Hood, Like Mike) and gun-for-hire Kyle Hobbes (Charles Mesure – Crossing Jordan, Xena: Warrior Princess). Fronting Team V, Morena Baccarin (Firefly, Serenity) in the role of Anna. Mother to Tyler‘s love interest Lisa, portrayed by Laura Vandervoort (Smallville, Instant Star), Anna is the face of her people. It is the duplicitous nuances that make Baccarin’s performance so special. Christopher Shyer (The Practice, Whistler) plays Marcus, Anna’s second in command. The children, Tyler and Lisa, are caught in the middle with their budding romance. Sitting on the fence between the Vs and the resistance is Chad Decker, played by Scott Wolf (Party of Five, Go). Chad is a reporter with a direct line to Anna and becomes her main PR man. He’s also apparently “healed” of a brain ailment discovered by V technology. Because he owes his life and his career to the Visitors, he’s willingly kept in Anna’s pocket. His loyalties come into question as the season progresses. NERD ALERT – look for cameos from Lexa Doig (Andromeda) and Alan Tudyk (Firefly, I, Robot) in the deliciously nastiest role I’ve seen him play. 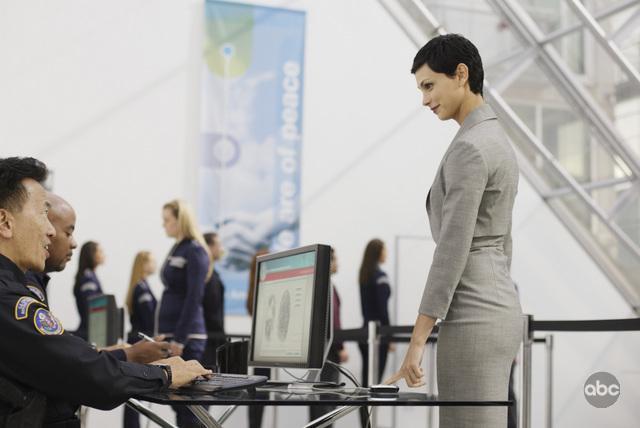 The strength of the series comes in the humanity of the interactions, even amongst the aliens. The season ends with Anna getting a taste of human emotion and the consequences that brings for humanity. Thankfully, mystery continues as we still don’t know why the Visitors have come to Earth. We just know, it doesn’t bode well for the planet’s current residents. 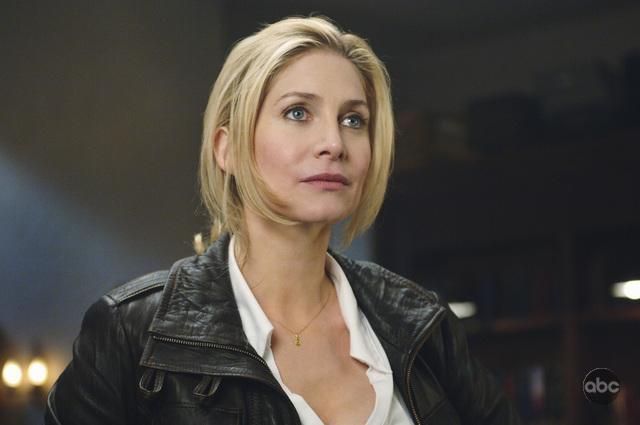 Accessible for newbies yet also interesting for the old-timers, I’ll be with this show until they translate a Visitor book as “To Serve Man.” This collection allows anyone who missed it on-air, or anyone who wants a refresher, to get up to speed before Season 2.