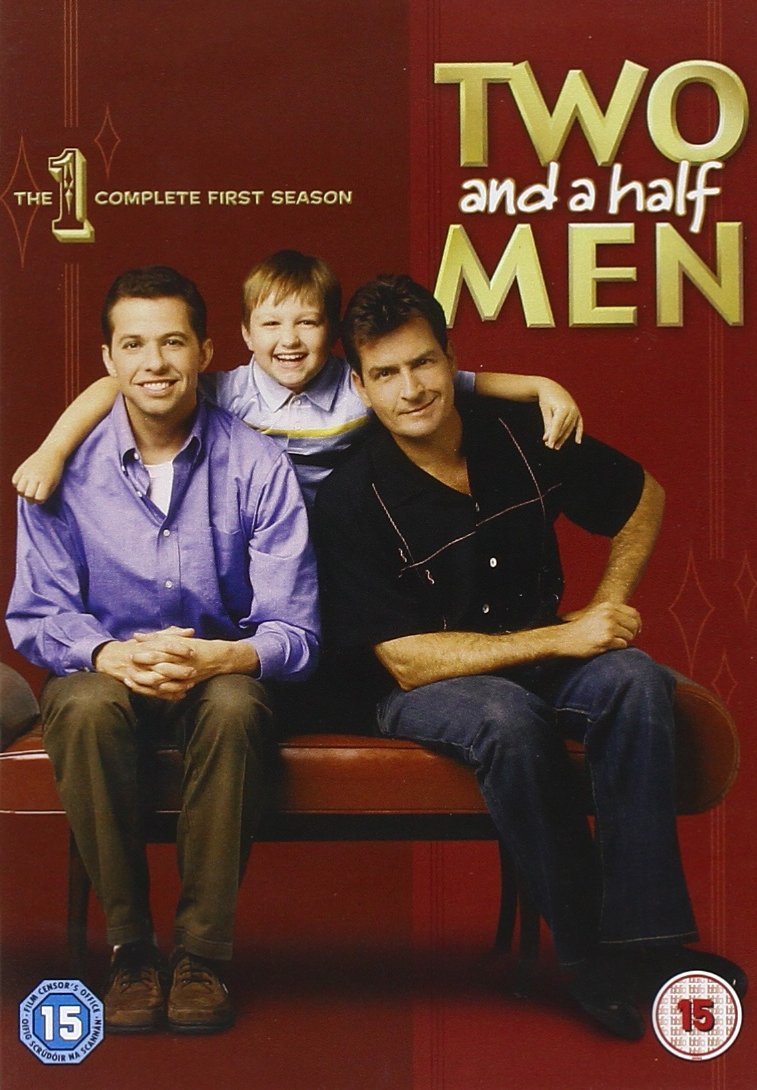 Two and a Half Men was a television situational comedy (sitcom) about a carefree, womanizing bachelor whose life is turned upside down when his neurotic bother and son move in. The series first aired in 2003 and was widely received by audiences, as well as critics — winning the People’s Choice award for Favorite New Comedy Series. The show’s success is an excellent rounded cast, witty dialogue, and all-around goofy storylines. What it boils down to is that Two and a Half Men is a fun-filled sitcom that is nonstop with laughter.

In the series’ pilot episode introduces one of the three main characters, Charlie Harper (Charlie Sheen). He is an easygoing bachelor with a fabulous house on the beaches of Malibu. For work, he is a successful composer and writes jingles. Life is perfect for Charlie, with little responsibility, lots of money, and oodles of women. While spending an exotic evening with a female friend, Charlie’s life is disrupted when his brother Alan (Jon Cryer) shows up. Alan was married to Judith (Marin Hinkle) for twelve years. They have a son together named Jake (Angus T. Jones). Alan comes to Charlie in a time of need, after Judith kicked him out.

Charlie reluctantly lets his brother stay with him, but agrees on a temporary basis. Unfortunately for Charlie’s wild social life, Alan and his son Jake turn a short stay into a permanent one. Joining the two and a half men are Evelyn (Holland Taylor), the Harper boys’ domineering and loving mother, Rose (Melanie Lynskey), the crazy next-door neighbor who had a one night stand with Charlie and has been stalking him since, and Berta (Conchata Ferrell), the tough house keeper who is more than willing to put Charlie in his place.

After the season one pilot episode, the series continues with Charlie, Alan, Jake, and company getting used to their new lives together. The show’s comedy follows two primary avenues. First, Charlie and Alan have opposite personalities. While Charlie is carefree and easygoing, Alan is neurotic and compulsive. They have different expectations of life and their personality clashes make for some fun moments. Second, the formulation of the Charlie-Alan-Jake relationship is constantly at the fore. Charlie’s hip lifestyle isn’t exactly the best influence for a 10-year-old boy, but Jake, on more than one occasion, takes after his uncle. And it drives Alan crazy to no end.In general, the comedy comes off rich. The three primary characters (Charlie, Alan, Jake) have a great chemistry together. Sheen’s character Charlie resembles his role of Charlie Crawford from Spin City. He has a quick and dry wit that plays well against Cryer and Jones. Cryer is especially good with his neurotic character and delivers a convincing performance. Jones brings a youthful innocence that compliments Sheen’s womanizing personality and Cryer’s neurotic behavior. The supporting characters offer decent additions to the cast, but are as strong as the three lead characters.

For fun season one episodes, some of the best deal with Charlie’s lifestyle shaping Jake. “If They Do Go Either Way, They’re Usually Fake” is a classic episode and a perfect example of the wonderful chemistry between the three lead actors. While having breakfast, Jake witnesses the undressed half of one of Charlie’s female friends. The incident peaks his interest in the female form (to Alan and Judith’s dismay). The result is several fun moments with a sexually-charged boy, a supporting Charlie, and two unhappy parents. “Big Flappy Bastards” is another fun one, where Jake rebels against Charlie’s authority and he learns what it means to be a parent.

Other fun episodes include “The Last Thing You Want Is to Wind Up With a Hump”, a solid episode with sex at the fore and a few desperate soccer moms, “Camel Filters And Pheromones”, Berta’s attractive granddaughter sets a (metaphorical) fire in the house, “An Old Flame With A New Wick”, Charlie’s ex-girlfriend resurfaces as a man and it is an awkward situation for the two and a half men, and “Can You Feel My finger?”, Charlie has a pregnancy scare and considers having a vasectomy.

Overall, Two and a Half Men is a fun sitcom with a strong leading cast and solid writing. The season one episodes are a great collection of episodes that will leave you laughing at every turn. 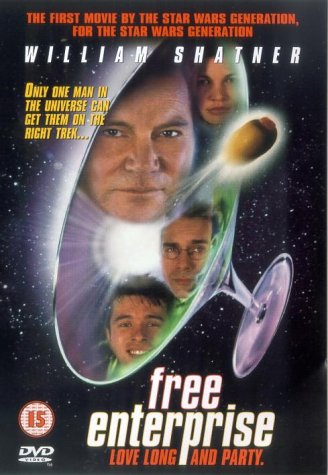 The film deals with the mid-life crises of its two main protagonists, Mark (Eric McCormack) and Robert (Rafer Weigel), fictionalized versions of the film’s director and producer/writer. The two friends struggle with adult career and relationship problems, all the while defiantly clinging to the geeky science fiction pop culture of their youth and seeking advice from their greatest hero, William Shatner.

Shatner plays a campy caricature of himself as he works on a one-man musical version of Julius Caesar in hopes of finally being taken seriously as a dramatist and musical performer. Hip-hop artist “The Rated R”, joined by Shatner, provides the concluding musical number “No Tears for Caesar”, a pastiche of famous lines from the play set to a rap rhythm.

This is a warm, wonderful film that will appeal to every sci-fi fan, and those who live with them and wish to understand them! It is laugh out loud funny to anyone with even a passing knowledge of Star Trek.