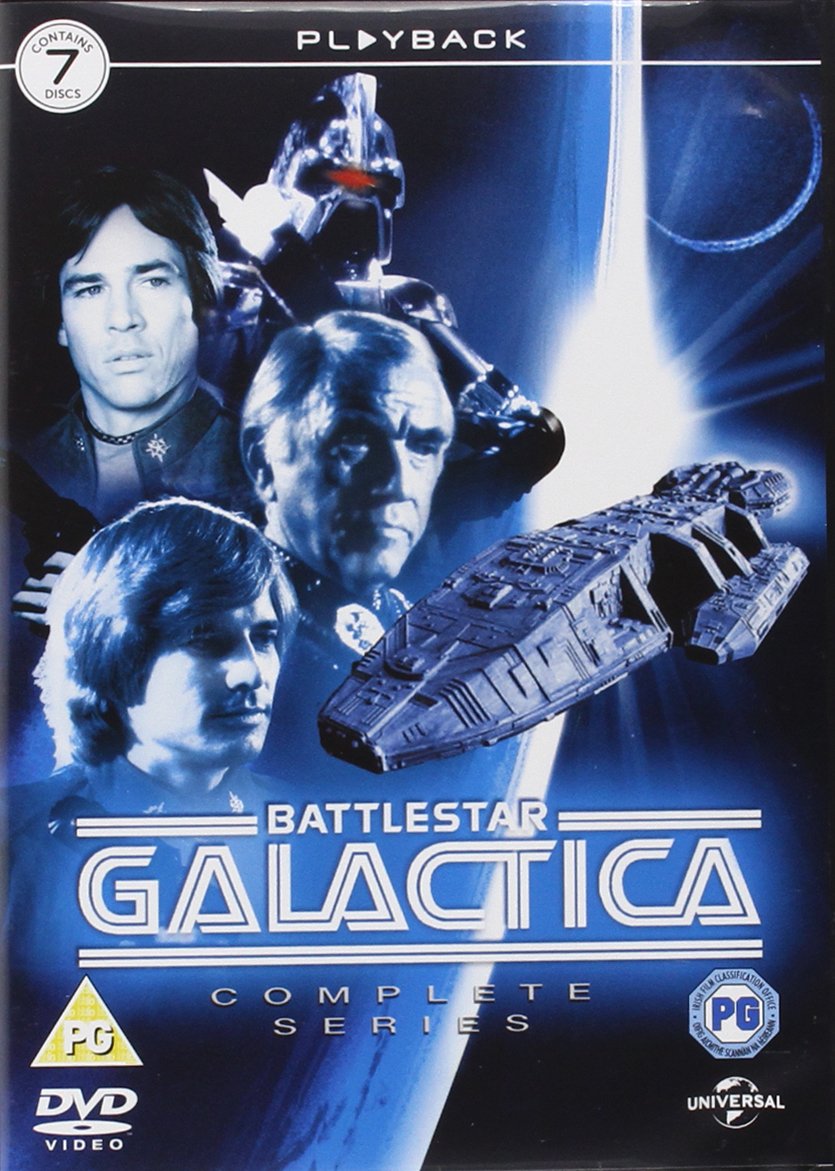 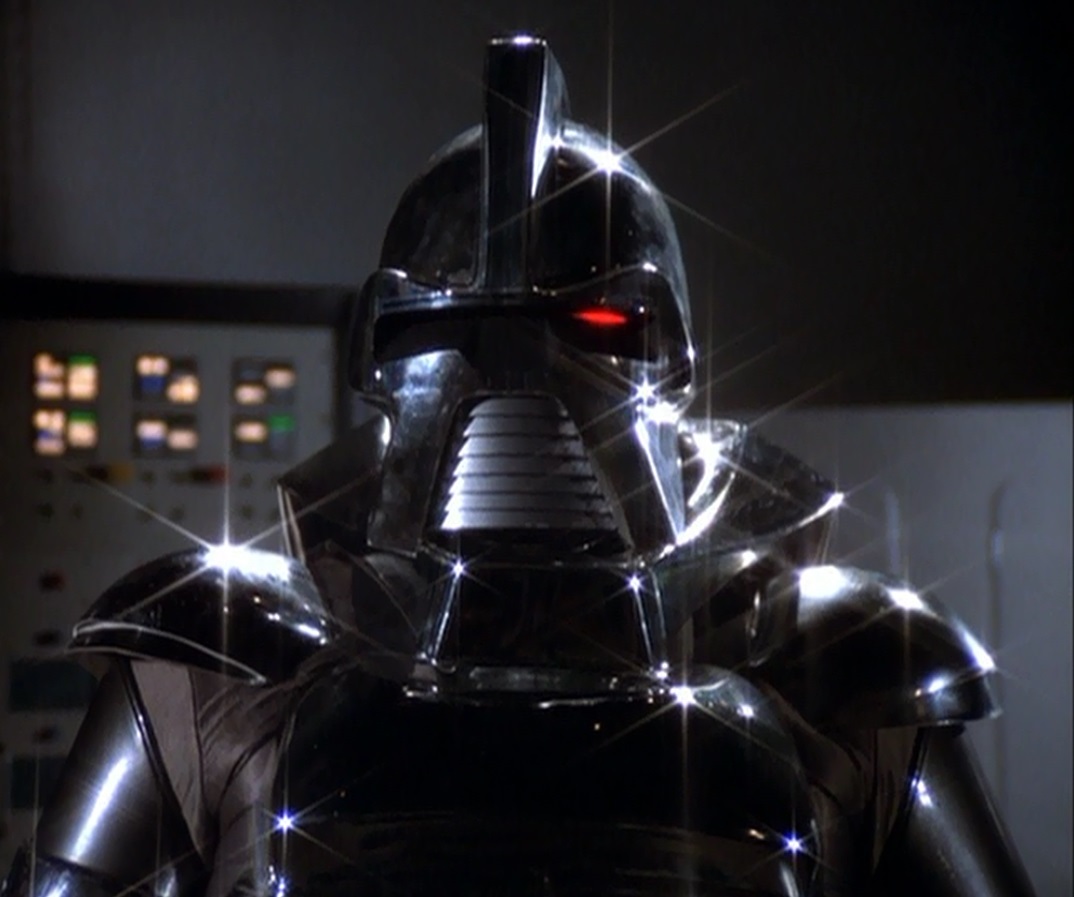 Since the the modern remake of this series rapidly become the next big thing in TV Sci-Fi, many people are going to be tempted to pick up this boxed set to find out how it all began. You can’t go wrong here – this represents astounding value for money, and a great opportunity to discover or rediscover a series that really does deserve its classic status. It even has some decent extras. 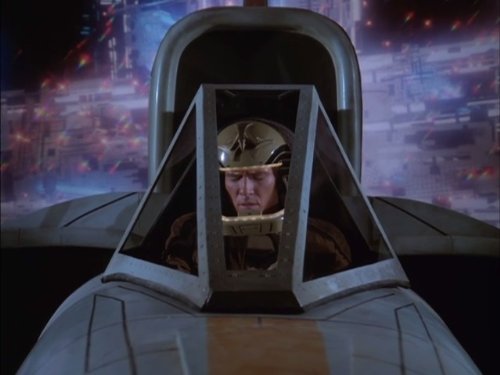 Battlestar Galactica was created in 1978 a year after the Star Wars, and was essentially a brazen attempt by ABC television to cash in on the mammoth unexpected success of that film. Under conditions that may never be repeated, it was suddenly considered viable to create a full-blown big-budget epic primetime family-oriented science fiction extravaganza with a budget of $1m per episode (big money in those days). The series ran for a total of 24 episodes before being canned due to its expense and sliding ratings, but it had a huge impact and is remembered with great fondness even by those who aren’t rabid fans.

The story draws inspiration from diverse mythical and religious sources, including Ancient Greek and Egyptian mythology, the book of Exodus, and the Mormon upbringing of its creator Glen A. Larson. When the 12 colonies of man are annihilated by the robotic Cylons, the only surviving Battlestar, Galactica, assembles a small fleet of dilapidated civilian ships and makes a run for it with the survivors, hoping to find the legendary 13th tribe who may have settled on a distant, mythical planet called Earth. 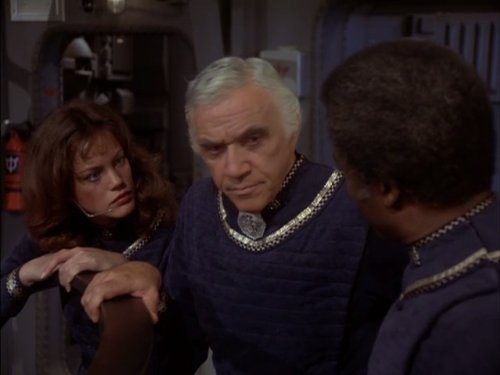 The series is often criticised for endlessly recycling stock footage, especially during the space battles where this reaches almost unreasonable levels, and for its cheesiness (plenty of cute kids and robots in this one), but on the whole it’s much easier to forgive such faults in retrospect. It also benefits enormously from its arresting premise, strong plotting, and above all its nigh-on perfect casting. It’s worth watching the 24 episodes through as well, because it does improve as it goes along, and is serialised to a degree. Considering it ran for such a short time, it does a surprisingly thorough job of exploring its themes, so it’s debatable what its natural life would have been had it been allowed to continue. Towards the end it becomes more cerebral and interesting, as eventually Galactica moves beyond its own space and begins to encounter worlds and cultures that bear an eerie resemblance to modern Earth. 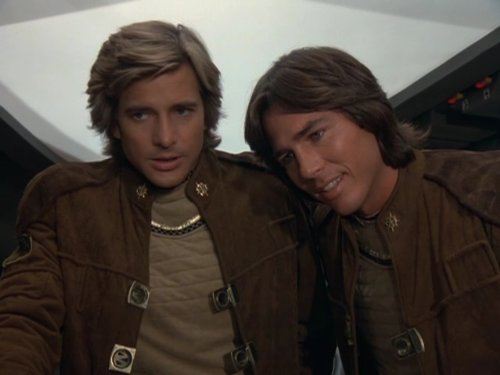 There are several documentaries on the seventh disc featuring interviews with almost all of the surviving cast and crew. These are fairly entertaining and informative, especially the production footage which reveals how hard the back-projection was to pull off (it’s a shame there isn’t more on the effects). It’s clear that Richard Hatch and Dirk Benedict are still bitter that the plug was pulled so early, and they express this with some eloquence. Both campaigned vigorously, independently, to bring it back.