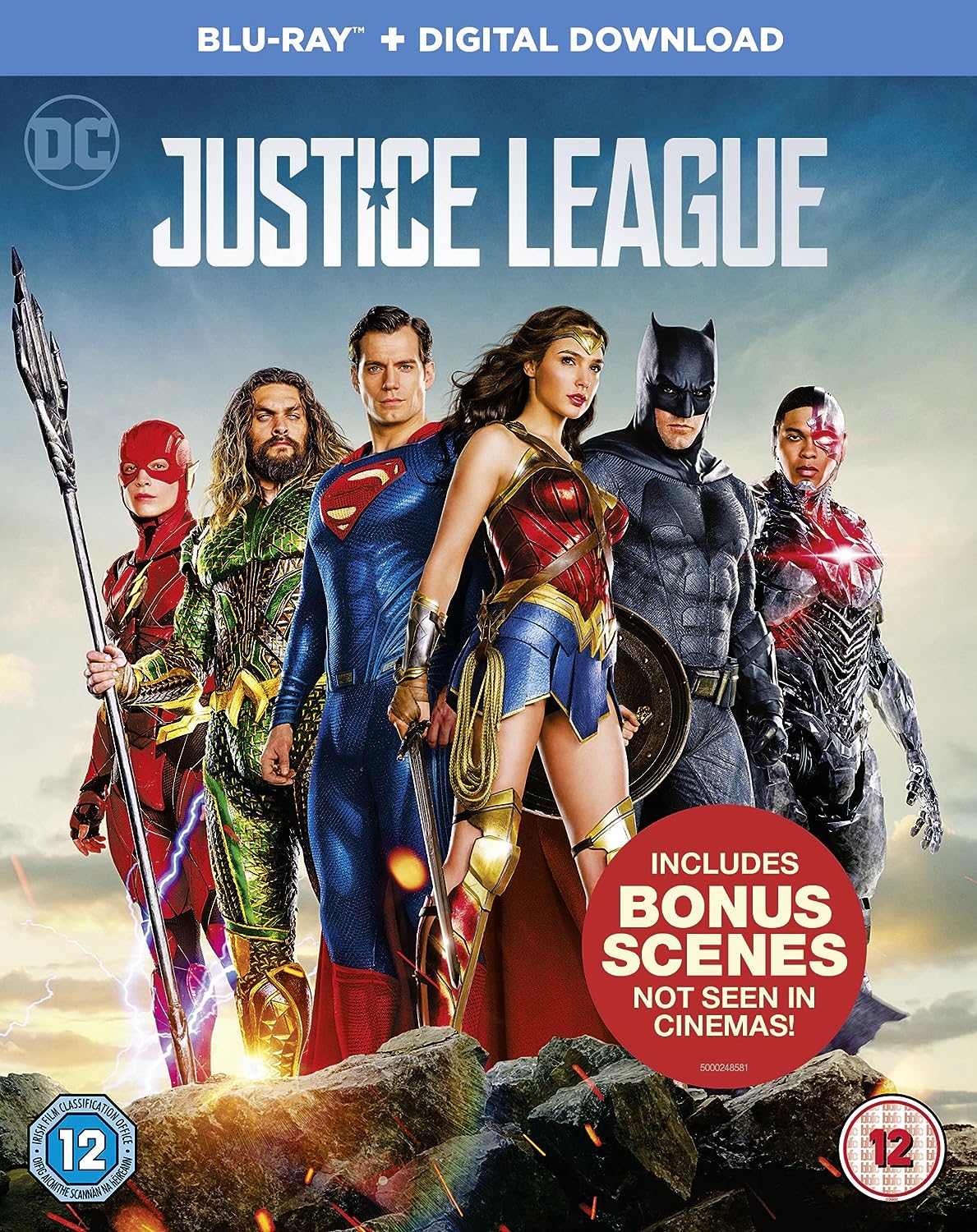 Thousands of years ago, Steppenwolf and his legions of Parademons attempt to take over Earth with the combined energies of three Mother Boxes. They are foiled by a unified army that includes the Olympian Gods, Amazons, Atlanteans, mankind, and the Green Lantern Corps. After repelling Steppenwolf’s army, the Mother Boxes are separated and hidden in locations on the planet. In the present, mankind is in mourning over Superman, whose death triggers the Mother Boxes to reactivate and Steppenwolf’s return to Earth in an effort to regain favor with his master, Darkseid. Steppenwolf aims to gather the artifacts to form “The Unity”, which will destroy Earth’s ecology and terraform it in the image of Steppenwolf’s homeworld.Steppenwolf retrieves the Mother Box from Themyscira, prompting Queen Hippolyta to warn her daughter Diana of Steppenwolf’s return. Diana joins Bruce Wayne in his attempt to unite other metahumans to their cause, with Wayne going after Arthur Curry and Barry Allen, while Diana tries to locate Victor Stone. Wayne fails to persuade Curry, but manages to recruit an enthusiastic Allen onto the team. Although Diana fails to convince Stone to join, he agrees to help them locate the threat if he discovers their location. Stone later joins the team after his father Silas, along with several other S.T.A.R. Labs employees, is kidnapped by Steppenwolf seeking to acquire the Mother Box from mankind.Steppenwolf attacks Atlantis to retrieve the next Mother Box, forcing Curry into action. The team receives intel from Commissioner James Gordon leading them to Steppenwolf’s army, based in an abandoned facility under Gotham Harbor. Although the group manages to rescue the kidnapped employees, the facility is flooded during combat, which traps the team until Curry helps delay the flood so they can escape. Stone retrieves the last Mother Box, which he had hidden, for the group to analyze. Stone reveals that his father used the Mother Box to rebuild Stone’s body after an accident almost cost him his life. Facing overwhelming odds against Steppenwolf’s army, Wayne decides to use the Mother Box to resurrect Superman, not only to help them fight off Steppenwolf’s invasion, but also to restore hope to mankind. Diana and Curry are hesitant about the idea, but Wayne forms a secret contingency plan in case Superman returns as a nemesis.Clark Kent’s body is exhumed and placed in the amniotic fluid of the genesis chamber of the Kryptonian ship alongside the Mother Box, which in turn activates and successfully resurrects Superman. However, Superman’s memories have not returned, and he attacks the group after Stone accidentally launches a projectile at him. On the verge of being killed by Superman, Batman enacts his contingency plan: Lois Lane. Superman calms down and leaves with Lane to his family home in Smallville, where he reflects and his memories slowly come back. In the turmoil, the last Mother Box is left unguarded, and Steppenwolf retrieves it with ease. Without Superman to aid them, the five heroes travel to a village in Russia where Steppenwolf aims to unite the Mother Boxes once again and remake Earth. The team fights their way through the Parademons to reach Steppenwolf, although they are unable to distract him enough for Stone to separate the Mother boxes. Superman arrives and assists Allen in evacuating the city, as well as Stone in separating the Mother Boxes. The team defeats Steppenwolf, who, overcome with fear, is attacked by his own Parademons before they all teleport away.In the aftermath of the battle, Bruce and Diana agree to set up a base of operations for the team, with room for more members. Diana steps back into the public spotlight as a hero; Barry acquires a job in Central City’s police department, impressing his father; Victor continues to explore and enhance his abilities with his father in S.T.A.R. Labs; Arthur returns to Atlantis; and Superman resumes his life as reporter Clark Kent. In a mid-credits scene, Barry and Clark compete in a race to the Pacific coast to see who is faster. In a post-credits scene, Lex Luthor puts a decoy in his place and escapes from Arkham Asylum, and then recruits Slade Wilson to form their own league.Its the same old story when it come to films. Critics demolish a film and people who are interested to watch it don’t and end up watching it illegally then realizing it was amazing. I experienced this when great reviews came out for guardians of the galaxy 2, I went to watch it and hated it. I enjoyed this film personally but don’t take my word for it go watch it for your self. The movie brings together what we all hoped for, a team. its fun, bright and energetic with a balance of seriousness.

In present-day Paris, Diana Prince, curator for the Louvre’s Department of Antiquities,[8] receives a World War I-era photographic plate couriered by the Wayne Enterprises and recalls her past.Diana was born and raised on the hidden island of Themyscira, home to the Amazon race of warrior women created by the gods of Mount Olympus to protect humankind. In the distant past, Ares, the god of war, slew all his fellow gods, but his father, Zeus, struck him down. Before perishing from his injuries, Zeus left the Amazons a weapon capable of killing his renegade son: the “Godkiller”, which Diana believes to be a ceremonial sword. Queen Hippolyta, Diana’s mother, believes that Ares will never return and forbids Diana from training as a warrior, but Diana and her aunt, General Antiope, defy the queen and begin training in secret. When the two are discovered by Hippolyta, Antiope convinces her sister to allow Diana’s training to continue.As a young woman, Diana rescues Captain Steve Trevor, a pilot with the American Expeditionary Forces,[9] after his plane crashes off the coast of Themyscira. The island is soon invaded by the landing party of a German cruiser pursuing Steve. The Amazons engage and kill all the German sailors, but Antiope dies intercepting a bullet meant for Diana. Interrogated with the Lasso of Truth, Steve reveals that World War I is raging in the outside world, and that he is an Allied spy. He stole a notebook with valuable information from chief chemist Isabel Maru, who is attempting to engineer a deadlier form of mustard gas under the orders of General Erich Ludendorff. Believing Ares is responsible for the war, Diana arms herself with the ceremonial sword and leaves Themyscira with Steve to find and destroy Ares.When the two arrive in London, they deliver Maru’s notebook to the Supreme War Council, including Sir Patrick Morgan, who is trying to negotiate an armistice with Germany. Diana translates Maru’s notes and reveals that the Germans plan to release the deadly gas at the warfront. Although forbidden by his commanders to act, Steve, with secret funding from Sir Patrick, recruits spy Sameer, marksman Charlie, and smuggler Chief to help prevent the gas from being released. When the team reaches the Western Front in Belgium, they are halted by the enemy line, but Diana pushes alone through No man’s land and rallies the Allied forces behind her to liberate the village of Veld. The team briefly celebrates and takes the group photograph from the beginning of the film. Later that night, Diana and Steve bond and share a kiss.The team learns that a gala will be held at the nearby German High Command. Steve infiltrates the party, intending to locate the mustard gas and destroy it. Diana, however, believes Ludendorff is Ares and that killing him will end the war. Steve stops her to avoid jeopardizing the mission. Ludendorff unleashes the gas on Veld, killing its inhabitants. Diana blames Steve for the deaths and pursues Ludendorff to a base where the gas is being loaded into a Zeppelin-Staaken R.VI bound for London. Diana fights and kills Ludendorff, but is confused when his death does not stop the war.Sir Patrick appears and reveals that he is Ares. He tells Diana that although he has subtly given humans ideas and inspirations, it is ultimately their decision to cause violence as they are inherently corrupt. After destroying the ceremonial sword, Ares reveals that Diana is the true “Godkiller”, as she is the daughter of Zeus. Ares attempts to convince Diana that she should help him destroy humankind to restore paradise on Earth. While the two battle and the rest of Steve’s team destroy Dr. Maru’s laboratory, Steve pilots the bomber carrying the gas to a safe altitude and detonates it, sacrificing himself in the process. Ares tries to harness Diana’s rage and grief by telling her to kill Dr. Maru, but Diana’s memories of Steve inspire her to decide that humans have good within them, and she spares Maru before destroying Ares. Back in London, the nation celebrates the end of the war.In the present day, Diana sends an e-mail to Bruce Wayne thanking him for the photographic plate of her and Steve and reaffirms her mission to protect the world as Wonder Woman. 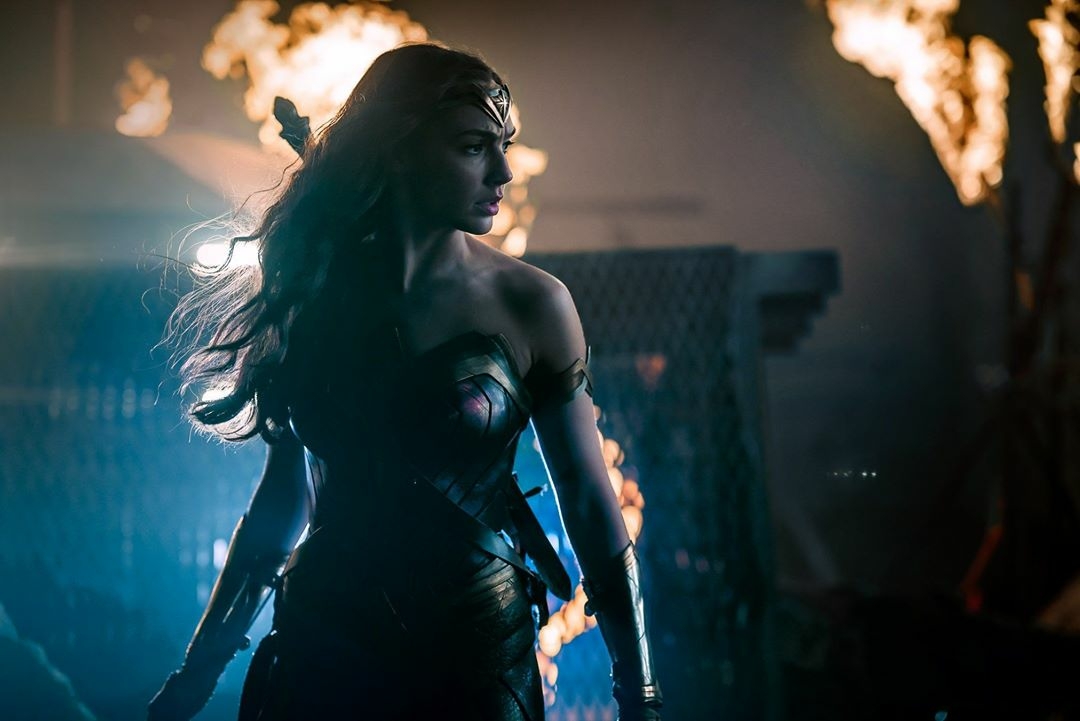 The film is well rounded, the plot never leaves you bored, the humor is fresh and relatable, and the actors are so good! The costumes are realistic and the fight choreography is some of the best I’ve seen in a while!  It’s an awesome entry for the DC film universe.