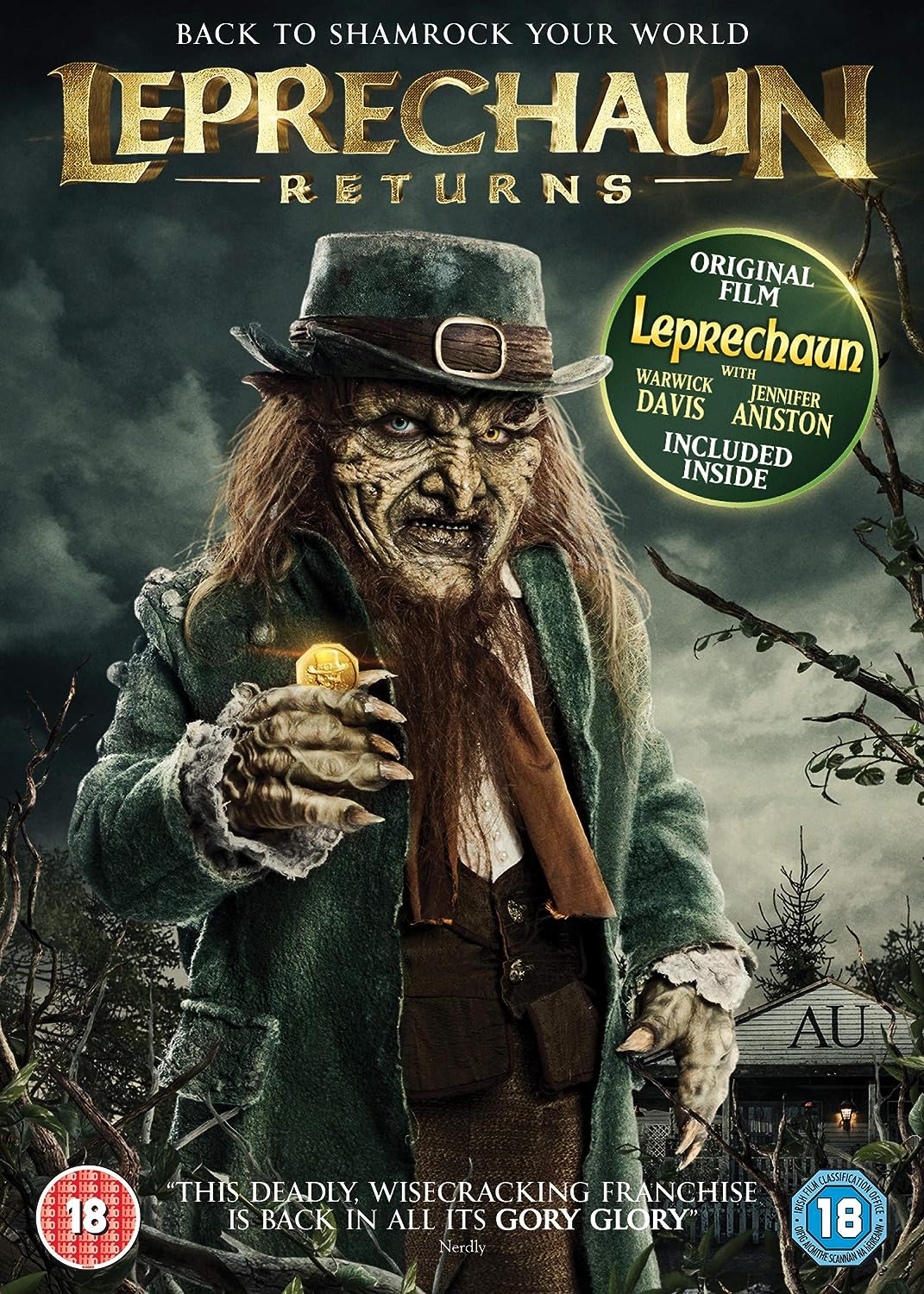 The gold obsessed pint-sized Leprechaun at the center of this horror franchise has been to Vegas, the hood, and outer space before getting an abysmal reboot in Leprechaun: Origins. Now he’s back to battle eco-friendly sorority sisters at the very site where it all began in the 1993 film Leprechaun. Following the same trend that began with this year’s Halloween, this sequel ignores everything that came after the first film and centers around Lila, the daughter of Jennifer Aniston’s character Tory Redding. The Leprechaun is revived anew, back with more puns, limericks, and B-movie thrills all for the pursuit of his gold. And over the top gory kills, of course. 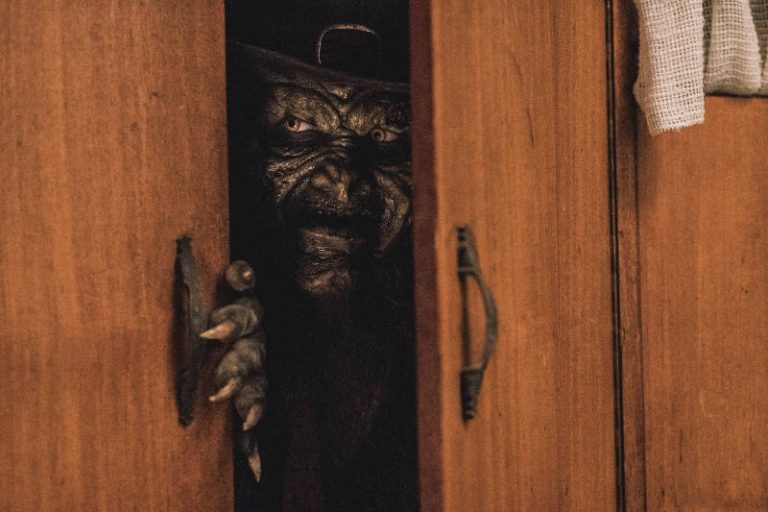 From the outset, Lila (Taylor Spreitler) is introduced as our lead heroine, but a familiar face quickly outshines her; original film survivor Ozzie (Mark Holton). Ozzie’s affable charm hasn’t faded one bit, despite the 25-year gap between films. He does seem a little wiser, and he provides enough exposition to bring anyone who may not have seen the original film up to speed. Unfortunately, he’s not a main character, and we’re handed off to the rest of the college kids that will later become Leprechaun fodder. Besides Lila, there’s the neurotic leader Rose (Sai Bennett), perpetual drunk Meredith (Emily Reid), and the most likable character aside from Ozzie, Katie (Pepi Sonuga). Along with two fairly disposable male love interests, this is the group in which we spend most of the runtime with. 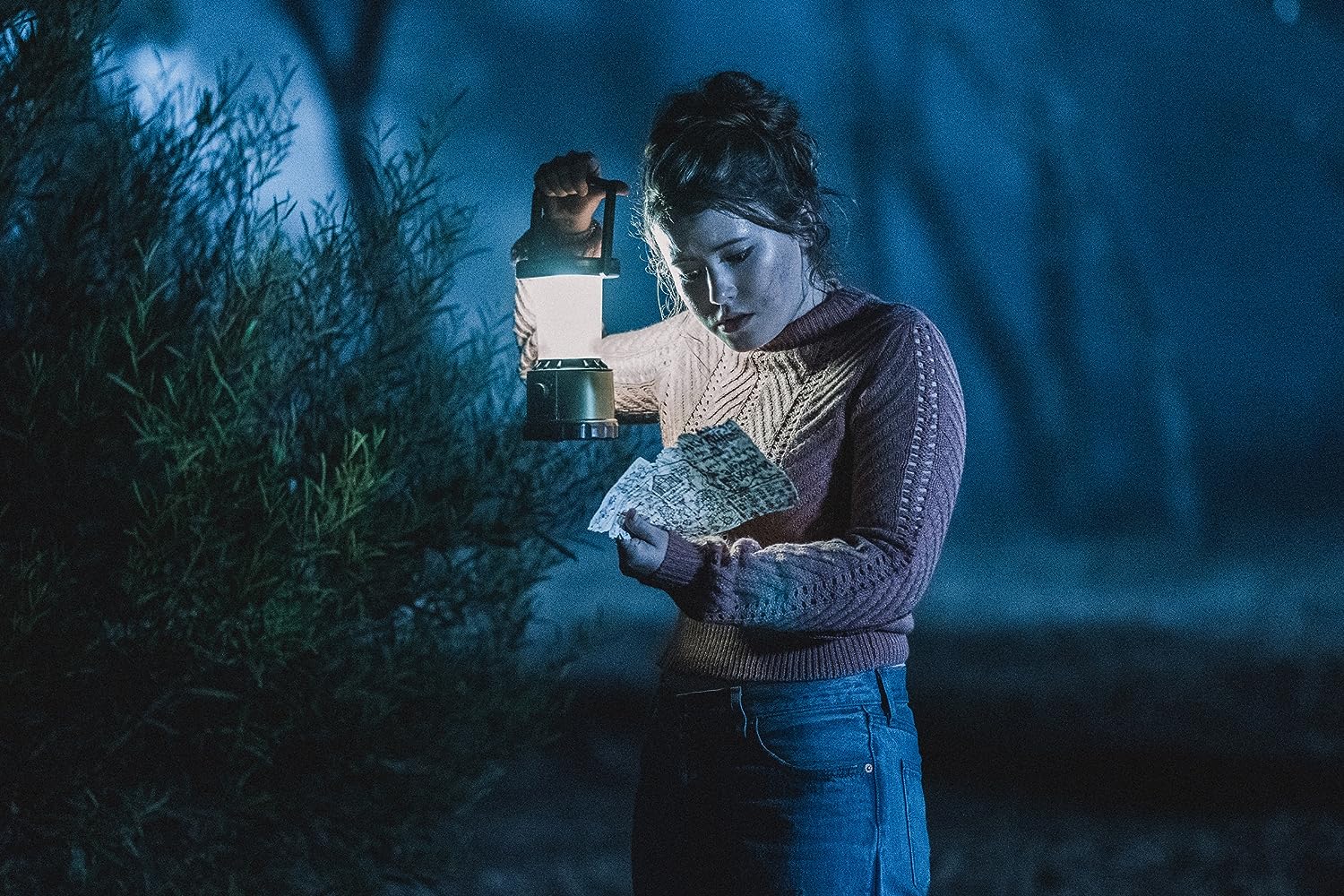 Really, though, you didn’t sign up for another Leprechaun movie for these characters, you signed up for a murderous little green monster. Linden Porco assumes the role made popular by Warwick Davis, and he does an admirable job. Porco is clearly relishing every tongue-in-cheek rhyme, limerick, and sexual innuendo-filled pun, and this version of the character also brings with it a meta-awareness. In one of the Leprechaun’s earliest scenes, he’s admiring himself in a shard of glass and asking, “When did I get so good looking?” An overt wink to the passing of the torch. More importantly, the gore delivers.

Director Steven Kostanski, an Astron-6 member and one half of the duo behind The Void, is also a talented special effects artist in his own right. Between his directorial experience and extensive special makeup effect experience, Leprechaun Returns is easily the most polished and most aesthetically pleasing sequel of the franchise. The kills are every bit as outlandish as you’d expect from this series, and they’re practical effect driven. If you want gory irreverence, this is it.

Writer Suzanne Keilly brings that same splatstick sense of humor she honed in her work on Ash vs Evil Dead, and some of the same gags crossover here as well. Outside of tried and true B-movie horror and humor that pummels its characters with gross-out gags and guts at every turn, Keilly also tries to subvert the sorority girl stereotype with her characters. These eco-friendly girls are far more power tool-wielding brainiacs than outright hippie, with only faint traces of familiar airheaded behavior.

Despite the splatstick humor and the surprising polish, it still doesn’t quite work. These girls may defy cinematic definition of a stereotypical sorority girl, but they’re still not very interesting characters. When we’re spending most of the runtime with them, it can get a little tedious. The rules of the Leprechaun’s return and his overall goals are also a little loose and vague, making the narrative feel sloppy. More importantly, this film spends a lot of time nodding to the original, but never even attempts to move the series forward. In other words, Leprechaun Returns feels like a more lighthearted redo of the original, but doesn’t add anything new. It even recycles some of the same jokes and visual gags.

If you’re a fan of the Leprechaun series, then there’s a lot to appreciate in what Keilly and Kostanski have created in Leprechaun Returns. It never takes itself seriously and delivers on the splatstick gore and outlandish death sequences. Tie-ins to the original film, including the return of Ozzie, serve as loud echoes of why this series has 8 entries. But while there’s a lot of charm to be found, it’s also sloppy in its world-building and doesn’t give us anyone to truly root for. It doesn’t feel like anything we haven’t already seen before, either.