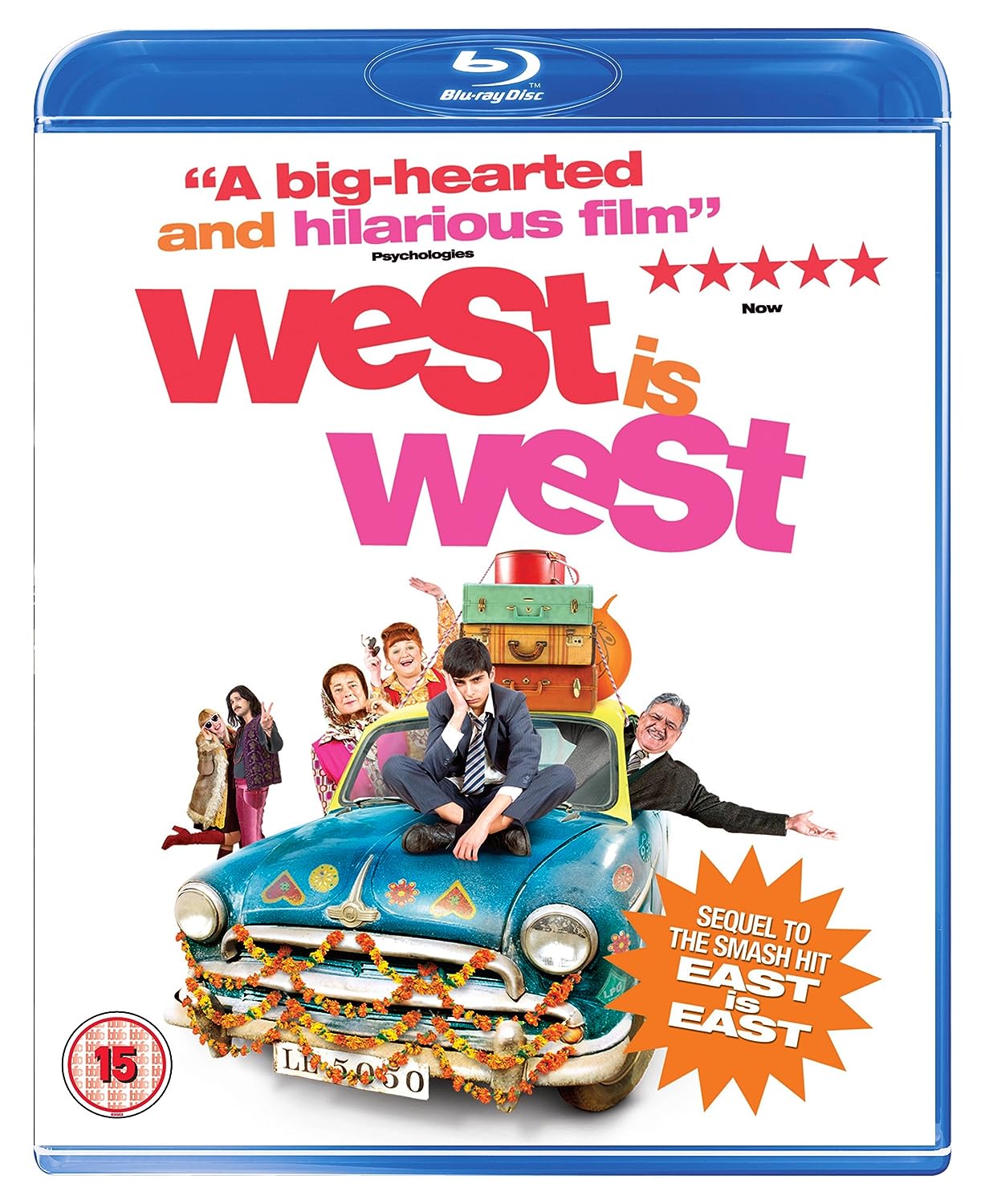 In 1976, five years after the original film East Is East, little is known about most of the Khan children, except that they seldom communicate with their parents. Tariq is now a hippie (looking like George Harrison) who runs a new age store with older brother Nazir, and his English girlfriend is unaware of his true ethnicity. Maneer lives with his extended family in Pakistan where he is searching for a suitable wife without any success. Sajid, the youngest Khan child, no longer wears a parka, and is a truant constantly bullied due to his Pakistani background, although the headmaster—a former British soldier who served in the Punjab—is sympathetic, encouraging him to embrace his heritage. After Sajid is caught shoplifting, his father George, who has retained his bullying nature, attacks him at home. When Sajid retaliates, calling him a “dirty Paki bastard”, and a devastated George states all his other children in England have become British and he cannot lose Sajid as well. He takes him to Pakistan to meet their extended family and show him life in their native land is better, though Ella openly disapproves.On arriving in Pakistan, George and Sajid are greeted by relatives including Tavnir, a lazy man who often tries to swindle George—and is his son-in-law through his marriage to one of George’s daughters with his first wife Basheera. On the family farm, George is reunited with Basheera and their daughters whom he had abandoned thirty years before, and hands out gifts to all, telling them he is staying for a month to find Maneer a wife, but soon discovers no family will give their their daughter away as they fear Maneer will leave his wife for an English woman as his father George did when he left Basheera for Ella. Furious, George blames his family in England, but Maneer reminds him he himself is at fault. Basheera is also angry with George for abandoning her when she needed him.When Tavnir explains to Sajid he will not tolerate any trouble, he is abruptly told to “fuck off”. Sajid is taken to the local school for enrolment where he meets spiritual teacher Pir Naseem and local boy Zaid who Sajid loathes at first, and refuses to enrol. Zaid, who can speak basic English, advises him, and the two become firm friends. Zaid teaches him Pakistani culture, and Pir Naseem promises George he will discipline his son when he misbehaves. Sajid gradually appreciates his culture and new surroundings which pleases George, except he is slightly jealous of the bond that develops between his son and Pir Naseem. Eventually Sajid discovers Rochdale-born Pakistani woman Neelam, who bears a striking resemblance to Maneer’s favourite singer Nana Mouskouri; like Maneer she is also looking for a spouse in Pakistan, and with her approval Sajid plans a meeting between the pair.Meanwhile, Ella discovers George has withdrawn the family savings, and travels to Pakistan with her best friend Annie in tow. She is furious to discover her husband is building a house for his family there, and plans to take Sajid back to England with her, but he refuses to leave. During her stay, Ella fights with Basheera and her daughters, and refuses to give them access to the new house, but upon realising how alike they are the two women put their differences aside. Maneer and Neelam soon marry, and George for the first time in years begins to appreciate Ella as a wife who stood by him during hard times. The film ends with George and his England-based family returning home and Sajid finally proud of his Asian background, whilst George’s chippy now serves Pakistani-style kebabs.In 1999, “East Is East” was a pleasurable and incisive look at the clash of different cultures in an Anglo-Pakistani family in a Salford set in 1971. Over a decade later comes a sequel of sorts, this film located mainly in the Punjab part of Pakistan a few years on. Although the director is different (Andy DeEmmony this time), the writer is the same (Ayub Khan-Din) as are some of the lead actors, notably Om Puri (actually from the Indian part of the Punjab), again outstanding as the patriarch struggling to give his youngest son an appreciation of his Pakistani culture, and Linda Bassett as his long-suffering English wife. It is an uneven work, with some of the characters merely caricatures and some of the humour simply slapstick, but there are plenty of moving scenes – above all one between the English and Pakistani wives when neither can understand the other’s language but both manage to convey deep understanding – and the locations and soundtrack are excellent