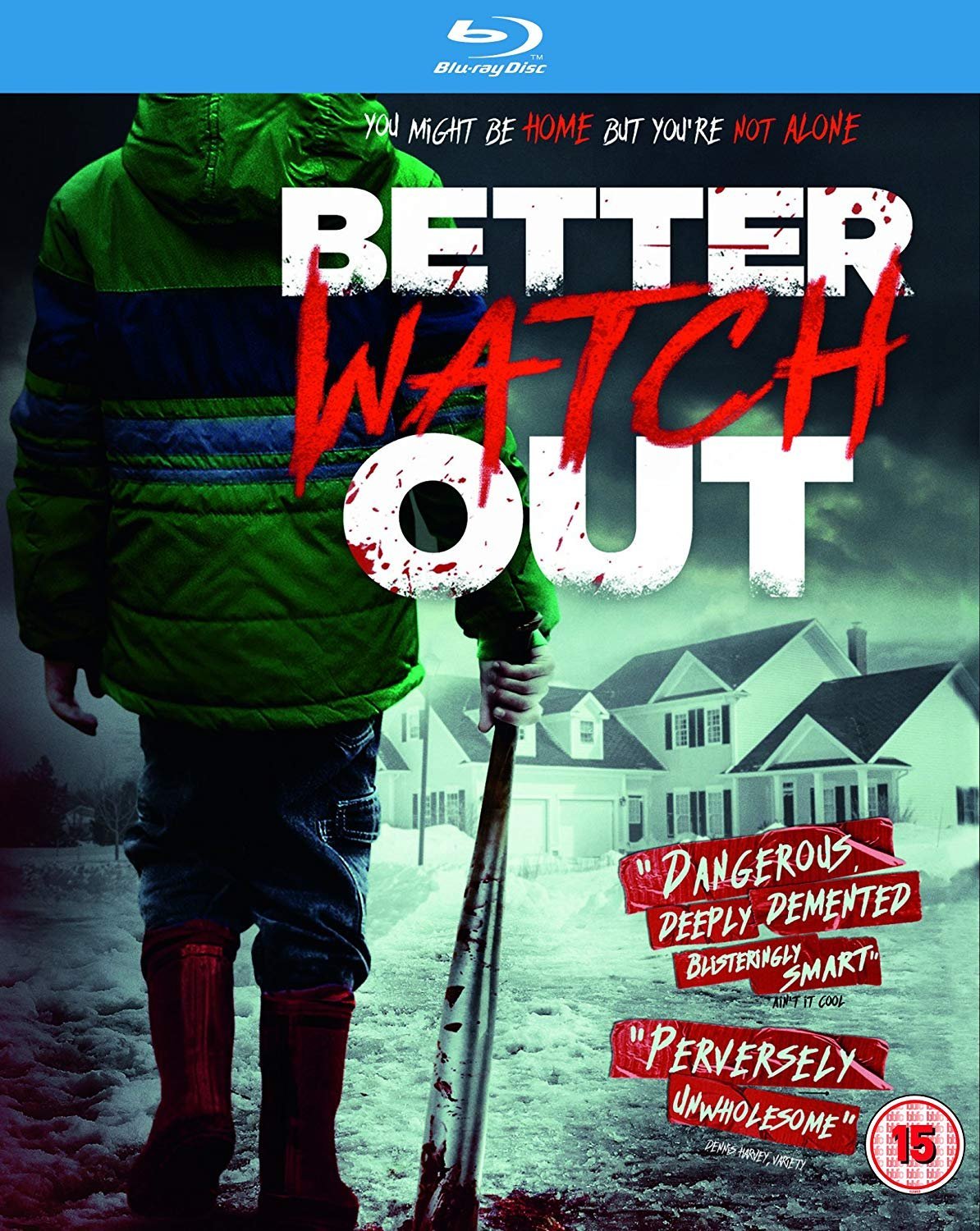 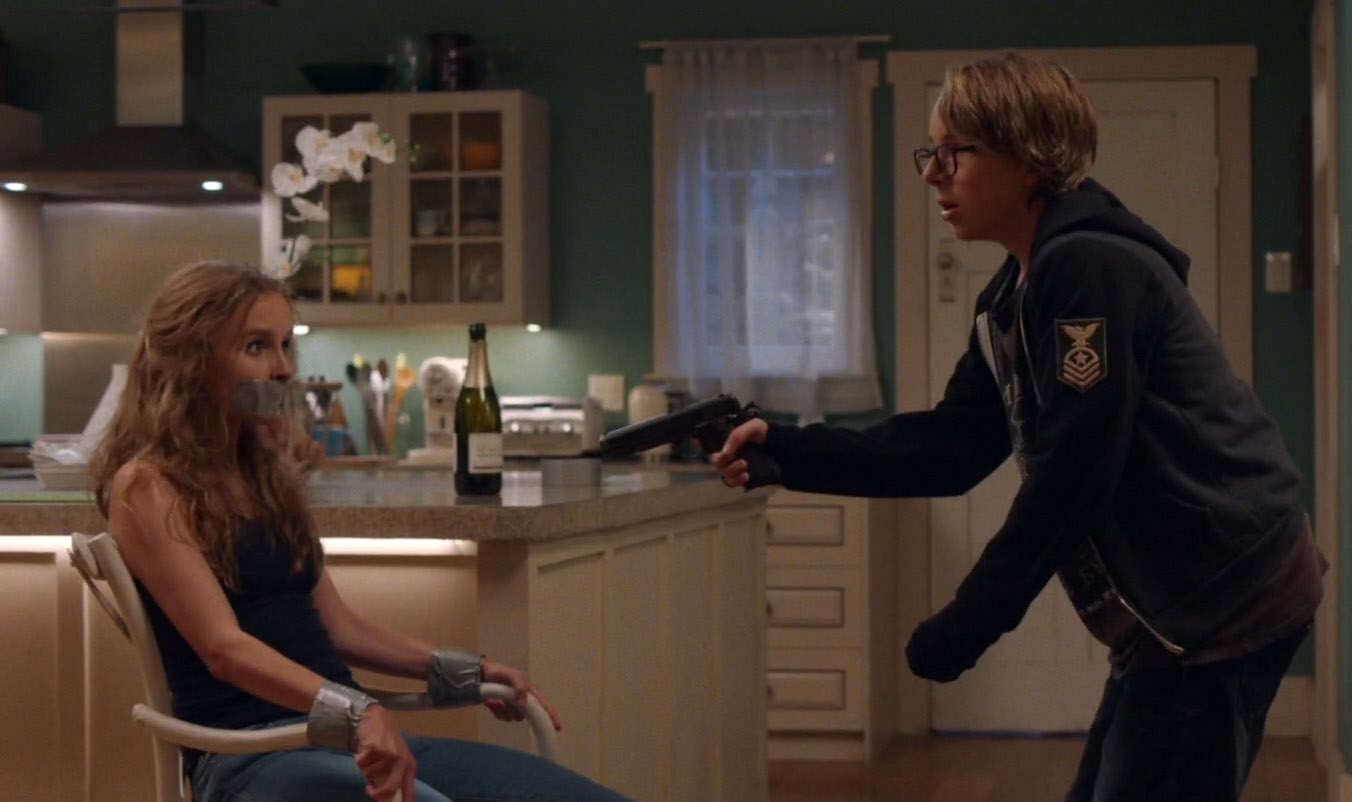 At Christmas time, 17-year-old Ashley (Olivia DeJonge) is busy babysitting precocious 12-year-old Luke Lerner (Levi Miller). Luke has romantic feelings for Ashley and unsuccessfully attempts to seduce her while watching a horror movie. Strange happenings outside put Ashley on edge, but it ultimately appears to be just Luke’s best friend, Garrett (Ed Oxenbould), who has stopped by to hang out. Hearing a window break upstairs, the trio find a brick inscribed with “U leave and U die.” Garrett panics and runs out the back door, but is apparently killed by an unknown shooter.Shocked, Ashley and Luke run upstairs and hide in the attic. Ashley almost breaks her neck from a fall but Luke catches her. After they run into Luke’s room and hide in his closet, a masked intruder armed with a shotgun walks into the room. Ashley recognizes the mask as one of Luke’s and yanks it off the intruder, revealing Garrett. Ashley realizes that Luke was hoping to seduce her by scaring her. Angered, Ashley yells at Luke, calling him mental and saying he needs therapy, and tries to leave. While at the top of the stairs, Luke hits her with his gun, causing her to fall down the stairs and be knocked unconscious. 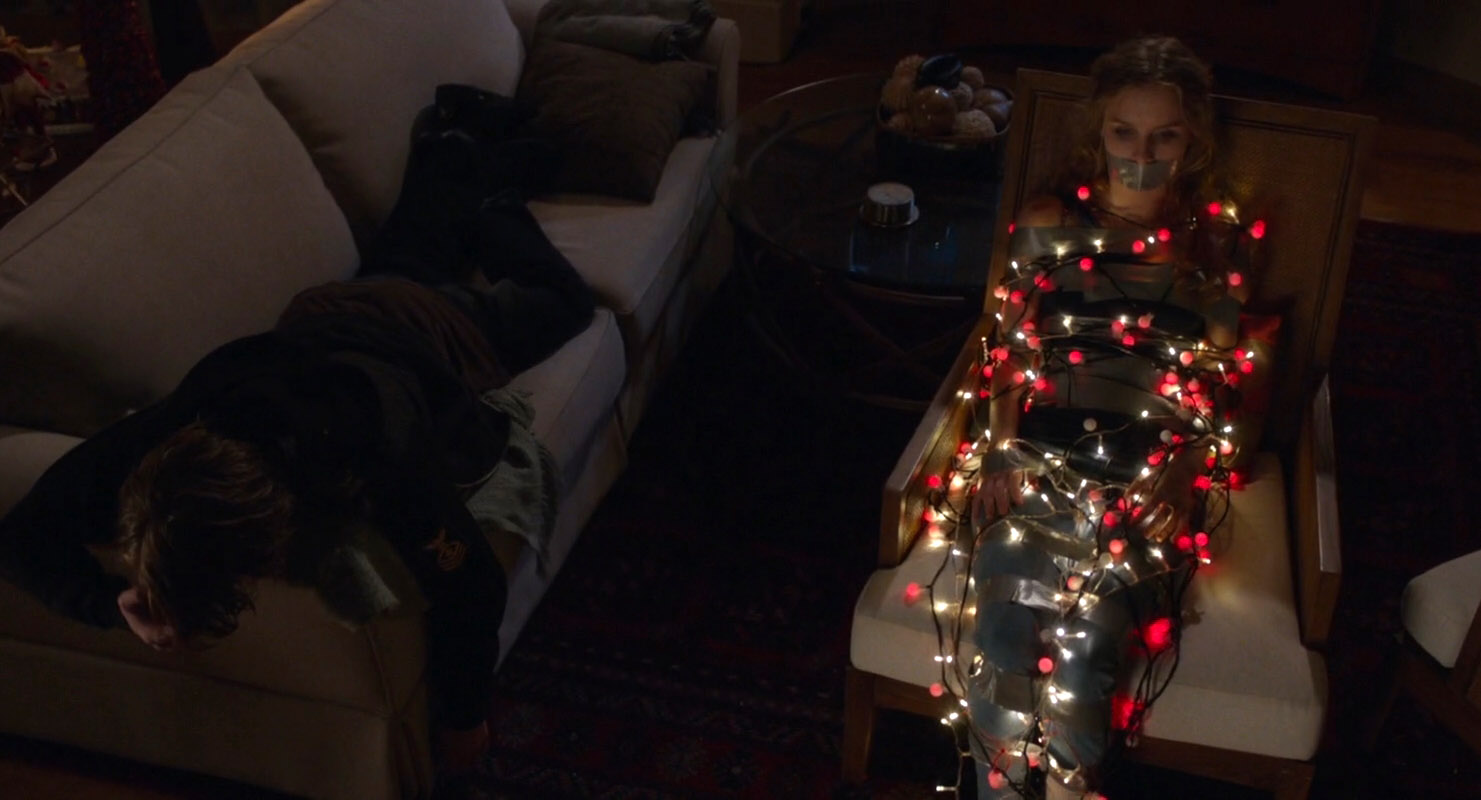 Luke binds Ashley with duct tape, then forces her to play truth or dare. Her boyfriend, Ricky (Aleks Mikic), arrives at the house after receiving a text message sent by Ashley earlier. When Ricky fails to find Ashley, he realizes that something is wrong. Luke tries to knock him out, but fails. After nearly killing Luke, Ricky is threatened by Garrett with the shotgun. Luke knocks Ricky out and they tie him up beside Ashley.While Ashley uses a shard of glass to cut herself free, Luke tries to show Garrett what happens if you actually hit someone in the head with a swinging paint can similar to the scene from Home Alone. Luke tries to demonstrate with Ricky, but misses on the first swing. Ashley gets free and threatens Luke with a pistol. He drops the paint can and kills Ricky. When Ashley realizes the gun is unloaded, she tries to escape to a group of carolers outside. Luke uses the brick tossed through the upstairs window to knock her out again before she can alert them. 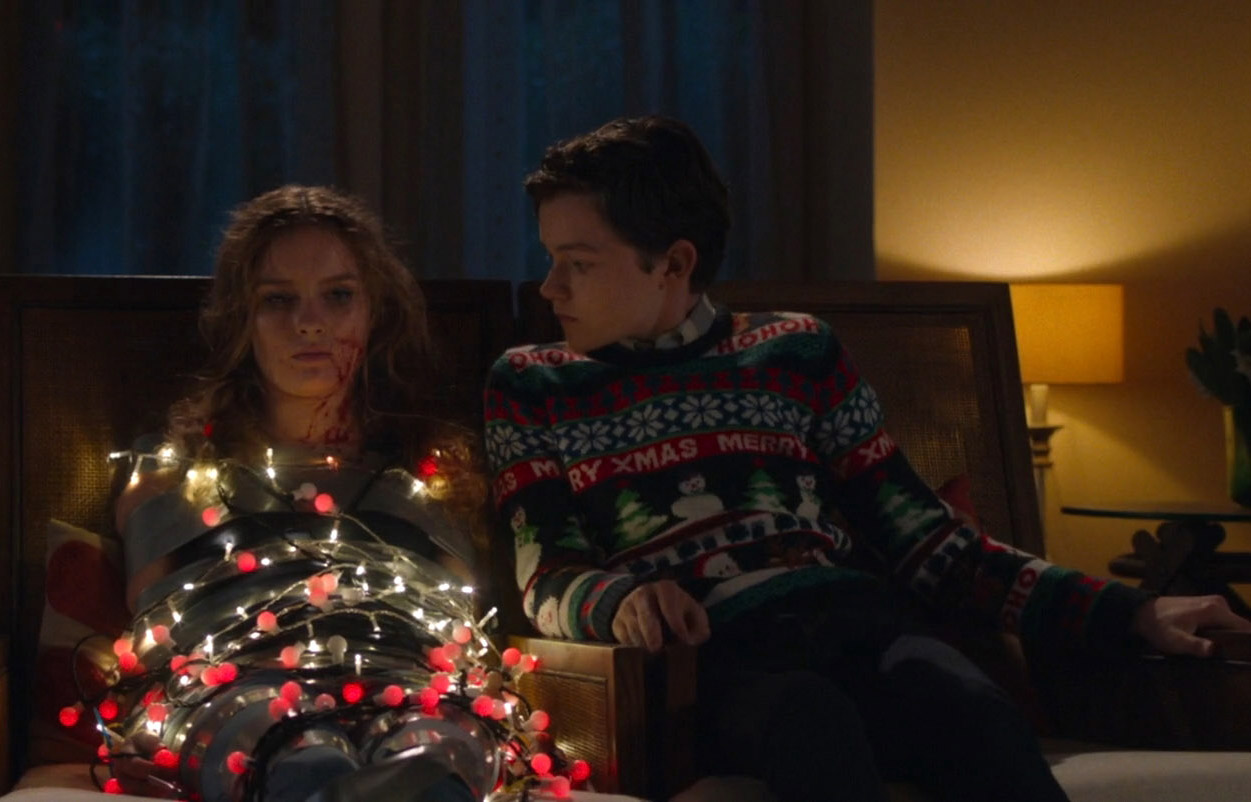 Luke calls Ashley’s ex-boyfriend, Jeremy (Dacre Montgomery), claiming that she wants him to write an apology letter. While Jeremy does so, Luke hangs him from a tree, making the apology look like a suicide note. He kills Garrett for trying to free Ashley. Luke then stabs Ashley in the neck and stages the scene to frame Jeremy. Later, he goes to bed and waits for the return of his parents, who contact the police. It is then revealed that Ashley stuck duct tape over the stab wound in her neck to stop the bleeding. Luke watches from his bedroom window as Ashley gives him the finger before being wheeled into the ambulance. In a mid-credit scene, Luke tells his mom that he is worried about Ashley and wants to go to the hospital. 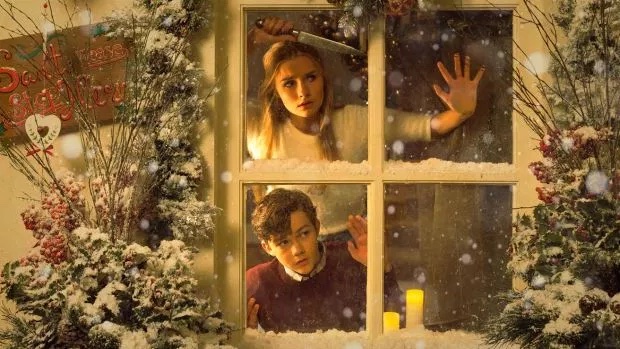 At its lightest level, Better Watch Out can be perceived as a caricature of the Home Alone films. Is it scary? It’s hard to answer that question without revealing a crucial twist but during all the ensuing mayhem, Peckover’s triumph are the comic interjections that make some of the goriest scenes unexpectedly funny. And yet at its scariest, the writing, and the narrative, are grounded towards director Michael Haneke’s psychological thriller Funny Games. Anyone who has seen that film can survive this film. For horror fans who like it dark, clever and twisted, this is the ultimate year-end treat whether you’ve been naughty or nice.