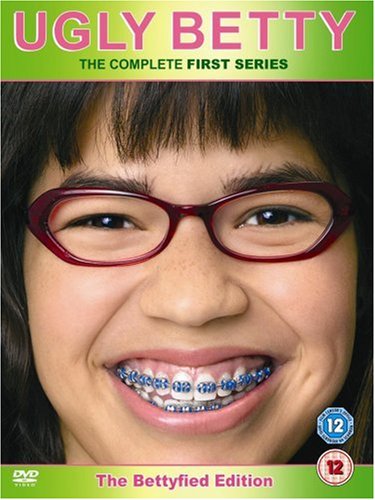 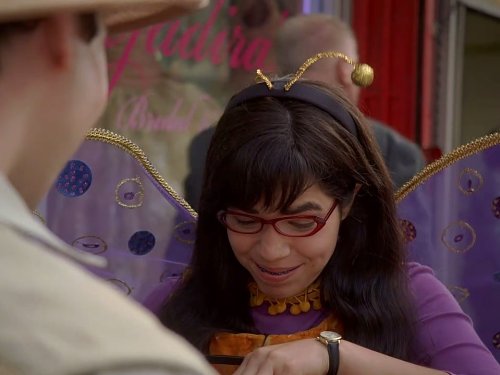 Ugly Betty is a television comedy/drama that airs on ABC. It was produced by Salma Hayek, Silvio Horta, Ben Silverman, Jose Tamez, James Hayman, and Marco Pennette. The show was adapted from the Colombian mini-series “Yo Soy Betty La Fea”. The series is about a plain-old girl who is thrust into the glamorous fashion world and the drama that trails her life and co-workers. It was highly successful during its freshmen season (2006-2007) and nominated eleven times in the 59th Primetime Emmy Awards. 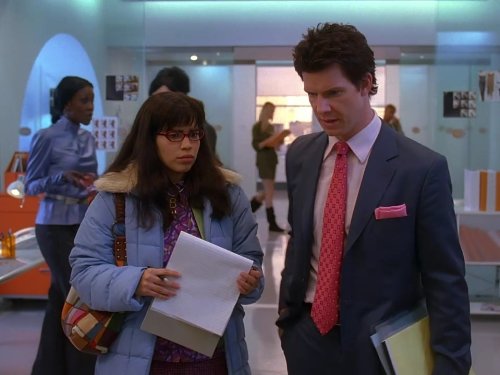 The primary character is Betty Saurez (America Ferrera). Betty is a normal girl from Queens who aspires to be in the fashion business. In the beginning of the series, she is trying to get a job at a fashion magazine. The problem is that no one will even consider her for a job, which is mostly due to the fact she doesn’t physically fit in with the beautiful people. Her life is changed when Bradford Meade (Alan Dale) makes his playboy son Daniel (Eric Mabius) hire her as his assistant. Daniel was recently inducted as editor-in-chief of “Mode” magazine, Meade Publications’ flagship. Bradford hopes that Daniel’s work at Mode will prepare him to take over the company. Unfortunately Daniel’s frat-boy behavior prevents him from focusing on the job. 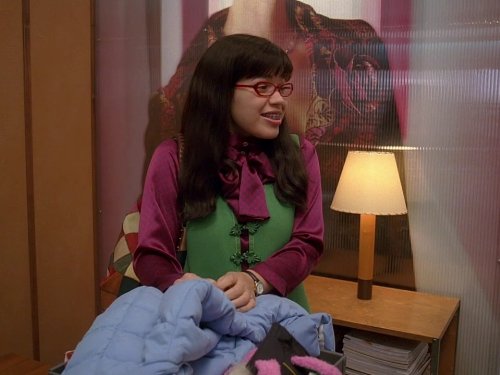 Betty is hired as his assistant, because she is the one girl in New York City he won’t jump in the sack with.Image result for ugly betty fake plastic snowWhen Betty first comes to Mode, Daniel does everything in his power to get rid of her by embarrassing and demeaning her. He soon learns that despite Betty’s looks, she is very capable, intelligent, determined, and an invaluable asset to the company. She plays a vital role in Daniel succeeding as editor-in-chief. Her unique and real outlook on life saves the day on more than one occasion. Challenging Daniel and Betty is Wilhelmina Slater (Vanessa Williams). Wilhelmina is the creative director, who believes should have been given the position of editor-in-chief. She works with a mysterious woman to dethrone Bradford and Daniel and take over the company.

Others in the office include Amanda Tanen (Becki Newton), the Mode receptionist who has an eye of Betty’s job and Daniel’s pants, Marc St. James (Michael Urie), Wilhelmina’s assistant who does all of her dirty work, and Christina McKinney (Ashley Jensen), the Scottish seamstress who is Betty’s one friend in the company. These characters are not as developed as the other main characters, but they still bring quite a lot to the table in drama and comedy. Outside of the office, there are several key characters from Betty’s home life. They include Ignacio (Tony Plana), Betty’s father who has a shady past and several secrets he hopes are never revealed, Hilda (Ana Ortiz), Betty’s older protective sister who sells weight-loss supplements, and Justin (Mark Indelicato), Hilda’s son who is very “different” than other boys and loves fashion just as much as his aunt Betty.

The show’s supporting characters include Walter (Kevin Sussman), Betty’s boyfriend and serious love interest who cheated on her, Henry Grubstick (Christopher Gorham), a Mode accountant who develops strong chemistry with Betty, Sofia Reyes (Salma Hayek), a new editor-in-chief at Meade Publications who is a love interest for Daniel, and Claire Meade (Judith Light), Daniel’s mother who is a drunk and a key to the season’s biggest story arc. In Ugly Betty’s first season, there are several storylines that drive it. Even the slightest developments are key and play into a soap opera-worthy story. The writing is done very well and manages to intertwine the storylines to focus on the big picture and character development. This comment is especially worth noting because of the large ensemble cast and the different directions it takes the show. In other words, there is a lot going on, but it is handled and presented in an engaging and entertaining manner that is easy to follow.

Yet for all of Ugly Betty’s strengths, what really keeps the show afloat is Betty. While this character is an imperfect match to the world of high fashion, she is a great fit for this television show. Most of the people working at Mode are overly superficial and fake. Betty, on the other hand, is sincere and real. She is a strong heroine, despite the fact she is constantly tormented and teased by her attractive peers. Her outlandish personality brings something special to everyone at Mode. She is the real strength that drives this show.Image result for ugly betty icing on the cakeAs an overall series, Ugly Betty does very well with its first season. It offers a very fun show with likable characters, engaging over-the-top drama that feels mature, intricate storylines.