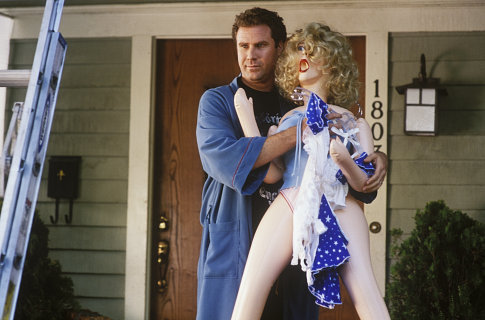 Mitch’s other friend Bernard (Vince Vaughn) throws a party at Mitch’s house, dubbed Mitch-A-Palooza, which is a huge success. Frank gets drunk at the party and is seen streaking by his wife, putting a strain on their new marriage. The trio run into an old acquaintance whom they used to ridicule at school: Gordon Pritchard (Jeremy Piven), who is now the College “Dean”. He informs them that they must vacate because Mitch’s house has been designated exclusively for campus housing. Bernard proposes starting a fraternity that is open to anyone to meet the Dean’s criteria of campus housing. The new fraternity carries out several hazing events throughout campus, attracting the attention of the Dean and other members of the faculty.

Nicole brings her boyfriend Mark to the party for one of Bernard’s children and Mitch walks in on him in the bathroom while he was hooking up with a girl from the catering firm. While initially discreet, Mitch is forced to recount the entire incident to Nicole when Mark tries to lie that the girl was with Mitch instead of himself. The oldest fraternity member, Blue, has a heart attack, collapses, and dies during a “KY lube wrestling” match with two good-looking college girls at his birthday celebration. At Blue’s funeral, Frank’s wife says she wants a divorce, forcing Frank to live with Mitch. Plotting revenge against the group, Dean Pritchard bribes the Student Council President, Megan Huang, until she agrees to revoke the fraternity’s charter. Megan, who lost her virginity at one of their parties to her new boyfriend, initially remains loyal to the Fraternity until the Dean bribes her with promises to help her get into Columbia Law School. By video, he claims that the group is violating university policies subjecting the students in the non-sanctioned fraternity to expulsion. Mitch finds out that the group has the right to bypass the Dean’s ruling if all of their members complete activities that include academic tests, public debates and athletics to prove their legitimacy.

Frank is able to defeat James Carville in a debate over the government’s role in biotechnology. Next, the fraternity successfully navigates their way through a difficult academic exam largely due to the assistance of two of Mitch’s co-workers, who help the guys cheat. In the school spirit evaluation, the Fraternity loses points when Frank unsuccessfully attempts to jump through a ring of fire while dressed as the school mascot. Badly burned and humiliated, Frank rallies to give a strong performance in the floor exercise routine of the gymnastics competition. Bernard manages to complete the rings routine, leaving only the vault exercise remaining. Pritchard chooses Weensie, an obese member of the fraternity, to perform the vault. Amazingly, Weensie executes a perfect landing, allowing the Fraternity to pass gymnastics. 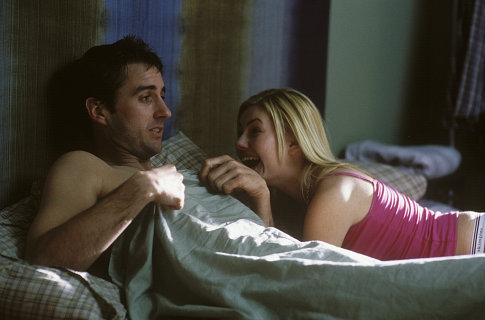 The men are able to complete all of the activities successfully with an 84% average. However, Pritchard tells them that their average has dropped to a failing 58% after accounting for the absence of the deceased member Blue. While the students are in despair, Megan arrives with tape recorded evidence of the Dean’s bribery. After a chase, Frank obtains the tape and uses it to get the Dean fired. The fraternity’s charter is reinstated and the fraternity moves into Dean Pritchard’s old house.

Nicole visits Mitch, intent on moving their relationship forward. Despite Bernard and Mitch withdrawing from the fraternity, Frank maintains his ties as leader. In the closing credits, Mark’s car falls on top of Pritchard and explodes, killing both, and Frank hooks up with Mitch’s ex-girlfriend.

Fun from beginning to end, Old School will not win any awards for dramatic scenes or cinematography. But it will win a lot of points as an outright hilarious comedy.  Old School is a classic cult comedy fulfilling the dreams of countless former college fraternity members who ache to relive the greatest party days of their lives. Because it’s so funny, Old School is a definite must-see film.