The film opens at an unspecified date in the early 21st century. During construction on the London Underground, workers penetrate an underground cave. A huge dragon emerges from hibernation, incinerating the workers with its breath. The only survivor is a boy, Quinn Abercromby (Ben Thornton), whose mother, Karen (Alice Krige)—the construction crew chief—is crushed to death protecting him. The dragon flies out of the Underground, and soon more dragons appear. It is revealed through newspaper clippings and the narration that dragons are the species responsible for the extinction of the dinosaurs. They are speculated to hibernate after destroying most living creatures until the planet repopulates. After the dragons reawaken, humanity resists with military force, including with nuclear weapons in 2010. This, however, only hastens the destruction, and within a few years, humans are nearly extinct.In 2020, Quinn (Christian Bale) leads a community of survivors in a Northumberland castle. They are starving while awaiting harvest. Although most trust Quinn, some are restless and defiant. Eddie (David Kennedy) and his group steal a truck to pick tomatoes, though it is too soon for harvest. They are attacked by a dragon; one man is killed, and the rest are surrounded by fire. Quinn, Creedy (Gerard Butler), and Jared (Scott Moutter) rescue them with old fire engines, but the dragon kills Eddie’s son before escaping. The Kentucky Irregulars, a group of Americans led by Denton Van Zan (Matthew McConaughey), arrive with a Chieftain tank and AgustaWestland AW109 utility helicopter, the latter of which is piloted by Alex Jensen (Izabella Scorupco). Van Zan has a system for hunting dragons and knows their weakness: poor vision before sunset. He and Quinn kill the dragon who destroyed the crops. 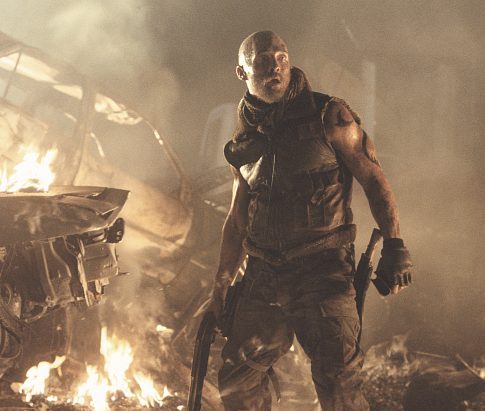 Van Zan tells Quinn all the dragons they have found have been female. The Americans believe there is only one male—if they kill it, the dragons can no longer reproduce. Although Quinn knows about the male dragon, which killed his mother, he refuses to help. Van Zan orders his soldiers to enlist the castle’s best men. Quinn argues that if they find the male, it will kill them and find the castle. Van Zan’s group is attacked by the dragon in the ruins of a town 66 miles (106 km) from London. The dragon then finds the castle and kills most of its inhabitants. Quinn tries to get the survivors to a bunker; Creedy saves him and is killed by the dragon in his place. Van Zan and Jensen return and free those in the bunker. Quinn tells Van Zan he will help them hunt the male dragon. They fly to London and find hundreds of dragons, with smaller ones cannibalized by the larger male. Van Zan tells Quinn about a plan to shoot explosives down the dragon’s throat with a crossbow. Van Zan fires, but the dragon destroys the arrow and eats Van Zan. Quinn and Alex lure the dragon to ground level, where Quinn fires into the dragon’s mouth, killing it. 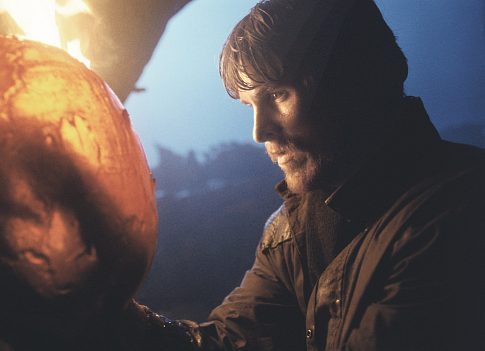 Later, Quinn and Alex erect a radio tower on a hill overlooking the North Sea. There has been no dragon sighting for over three months. Jared arrives to say they have contacted a group of French survivors who want to speak to their leader. Quinn tells Jared he is now their leader and dedicates himself to rebuilding. 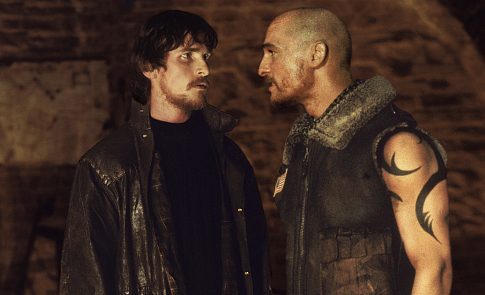 Overall it took time to get going and it never lives up to the marketing hype but it’s still enjoyable. Once you get past the first part then you’re free to enjoy the second half of the film and a really enjoyable climax.