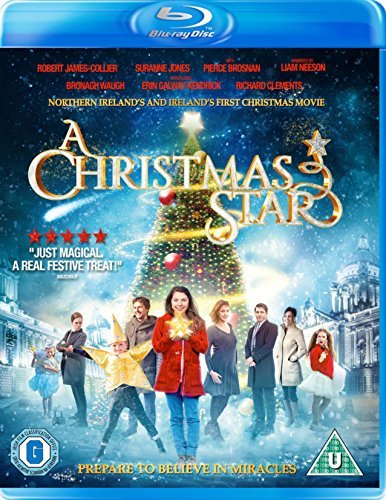 A festive tale of magic and miracles, A Christmas Star is a treat for believers and non-believers alike. Along with a few famous faces and a story where adversity can be overcome by the gift of love, this sentimental family film will be sure to lighten your mood. Set in a Northern Irish town, the film follows  Noelle O’Hanlon (played by Erin Galway Kendrick), who discovers she can perform miracles by easing tense situations. Having been born on Christmas Day, Noelle believes she has the power to save the snow globe factory where her father works from big bad businessman Pat McKerrod (played by Rob James Collier), who is intent on knocking it down. Never scared of a little danger, much to the concern of her parents (played by Richard Clements and Bronagh Waugh), Noelle and her friends fight to save their town from the vindictive Mr McKerrod and his copycat son.

A predominantly Irish cast helps add a touch of authenticity to the film, with many delivering great performances. Kendrick’s casting as the curious Noelle is courageous. Collier plays the saboteur perfectly in this tale, managing to draw some laughs, especially in the scenes between him and Junior (played by John Moan), who is desperate to follow in his father’s unfortunate footsteps (and dress sense). Unexpectedly, famous stars also make small appearances, which include Liam Neeson as the grumpy narrator and Pierce Brosnan as Pat McKerrod’s fearsome boss.

Director Richard Elson ties together a winning formula by joining everything we love from other festive favourites. A nativity, a group of determined children, disgruntled adults with a lack of festive spirit and a catchy song are all elements of a great Christmas film. While the plot may lie on the predictable side, its cast delivers that little bit of magic and the originality it deserves. A Christmas Star is faithful to its convention, but it’s also a seasonal favourite worth watching with those you love. 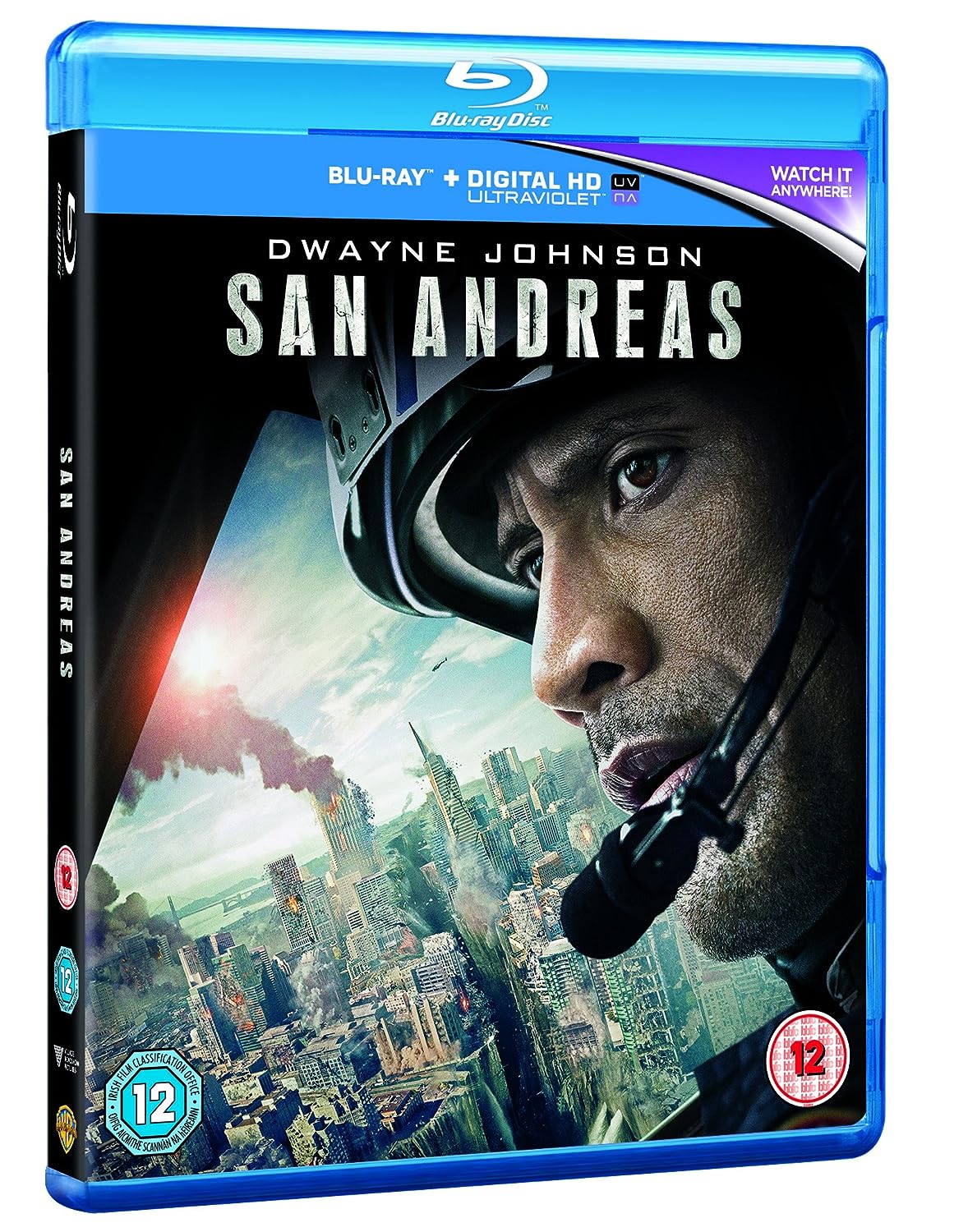 Raymond “Ray” Gaines is a Los Angeles Fire Department Air Rescue pilot in the midst of a divorce from Emma and planning a trip to San Francisco with his daughter Blake. Meanwhile, Caltech seismologist Dr. Lawrence Hayes and his colleague Dr. Kim Park are at Hoover Dam doing research for a new earthquake predicting model when a nearby and previously unknown fault ruptures. This triggers a 7.1 magnitude earthquake that collapses the dam and kills Park after he rescues a little girl and throws her to Hayes as he falls to the collapsing ground. When Ray is called into work because of this, Blake goes with her mother’s new boyfriend Daniel Riddick to San Francisco, instead of Ray.Hayes discovers that the entire San Andreas Fault is shifting and will soon cause a major earthquake, thereby destroying cities along the fault line. Emma is having lunch at a hotel in Downtown LA with Daniel’s sister Susan when the fault shifts triggering a 9.1 magnitude earthquake, with Susan among the casualties during the event. Rather than reporting for emergency rescue duty, Ray saves Emma from the collapsing building, and they escape the city aboard his helicopter, barely managing to swerve around the US Bank Tower as it comes crumbling down.In San Francisco, Daniel brings Blake to his office where she meets Ben, an engineer from England seeking employment and his brother, Ollie. Daniel and Blake leave the premises, but they become trapped in their car in the parking garage after a string of earthquakes, with Blake getting her legs pinned in the event. Daniel flees but Blake is found by Ben and Ollie, who help her escape. They then find a working phone in Chinatown and Blake calls Ray and Emma, who fly to San Francisco to save her.En route, Ray’s helicopter fails, forcing him to make an emergency landing at a shopping mall in Bakersfield. Amid the chaos of looting, he steals a truck and he and Emma escape. They come across an older couple broken down on the side of the road where the San Andreas Fault has opened up, blocking the road and the couple, who happen to own an airplane, agree to give it up in exchange for Ray’s vehicle. In San Francisco, Blake, Ben and Ollie are trying to find a place to signal Ray, as the point they agreed to meet at, Coit Tower, is engulfed in flames. On approach, Ray and Emma are forced to parachute in the city when a 9.6 magnitude quake hits the city, becoming the largest earthquake in history. Much of the city is left in ruins and Blake, Ben and Ollie narrowly survive. Ray and Emma, realizing they cannot make their way through the destroyed city, are able to commandeer a boat only to see that the water in the bay is beginning to recede, indicating that a megatsunami is approaching.As it approaches, Blake, Ben, and Ollie run into a building under construction which Daniel helped design. Ray and Emma, accompanied by dozens of other people in boats, manage to make it over the wave before it crests, barely avoiding a huge cargo ship getting caught up in the wave. They then watch in horror as the giant tsunami hits the Golden Gate Bridge with the enormous cargo ship, which snaps the center span cleanly in two; Daniel is among those killed when a loose shipping container crushes him. The wave then proceeds into the ruined city, swamping cruise ships, killing thousands and flooding the building Blake is in. Emma and Ray make their way through the flooded downtown area and are finally able to locate Blake, Ben, and Ollie as the building begins to sink beneath the water. Ray dives into the building to save Blake as she becomes unconscious while trapped underwater, while Emma breaks into the building with the boat and rescues everyone just as the building also collapses; however, it appears too late as Blake has seemingly drowned. Ray, however, manages to resuscitate her, and the family is happily reunited.They head to a relief camp where the reconciled Ray and Emma talk about their future; on the remains of the Golden Gate Bridge, an American flag unfolds, giving hope that the city will recover and rebuild as rescue vehicles descend on the radically altered landscape of the San Francisco Bay Area. Then the camera zooms out to see the whole Bay Area, showing that the bay now extends south from San Jose to Santa Cruz, turning the San Francisco peninsula into an island.Typical Rock actioner with great special effects and so so acting but I don’t think anyone expected an Oscar. The Rock does what he does best and it makes for an enjoyable watch.Classic popcorn movie.