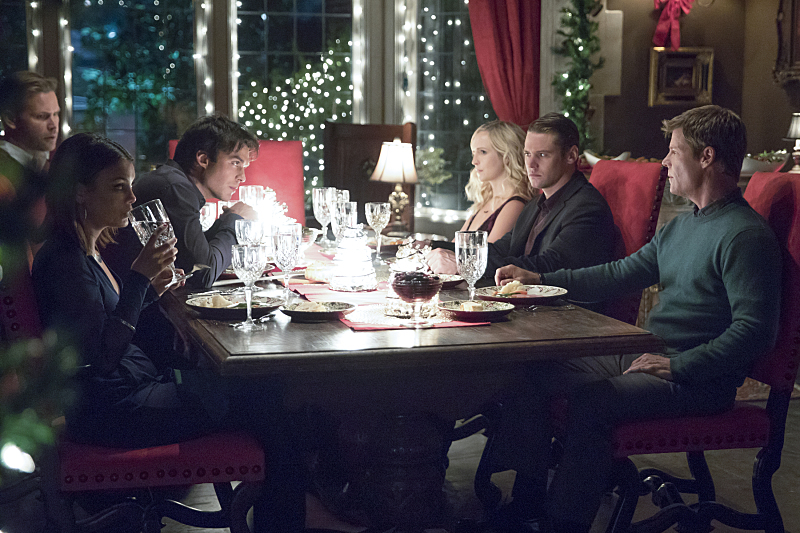 THE NEXT TIME I HURT SOMEBODY, IT COULD BE YOU 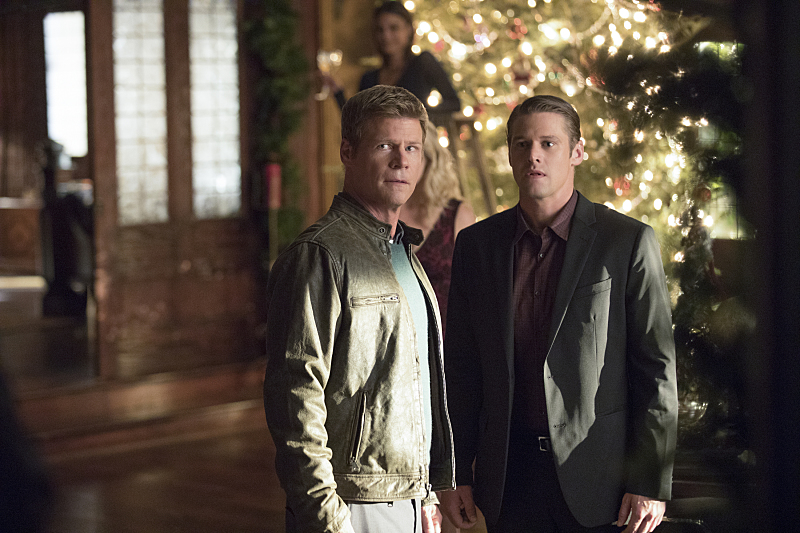 Selling your soul to the Devil isn’t exactly how one wants to spend the holidays. Stefan Salvatore finds himself confronting the Ghost from Christmas Past on The Vampire Diaries Season 8 Episode 7 titled, “The Next Time I Hurt Somebody, It Could Be You.” As Cade takes his new servant down memory lane, Damon regains a memory, Bonnie discovers a psychic link, and Seline tries to make things right with Alaric. Stefan wants to make his last day with Caroline perfect. Unfortunately it doesn’t take long for Damon and Sybil to show up ruining any chance for a peaceful day. 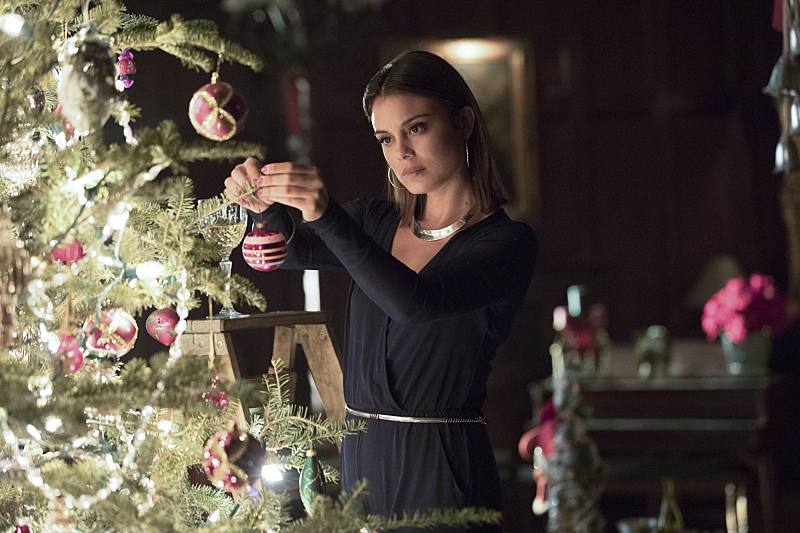 After getting Stefan alone upstairs, Damon stabs him in the heart, leaving him dead on the floor. Of course this is all so Stefan can have a meeting with the man he will be answering to for the rest of time.  Cade takes Stefan on a journey to the past where he explains why Stefan is the perfect man for the job. We’ve long heard the stories of the “Ripper of Monterey”, but now we finally get to see just what Stefan did. Many years ago, Stefan slaughtered an entire camp (including children). It was this act that made Cade interested in Stefan. However, Stefan doesn’t seem to remember that he killed all those people on Christmas Eve. Turns out his mind was meddled with by none other than Seline. 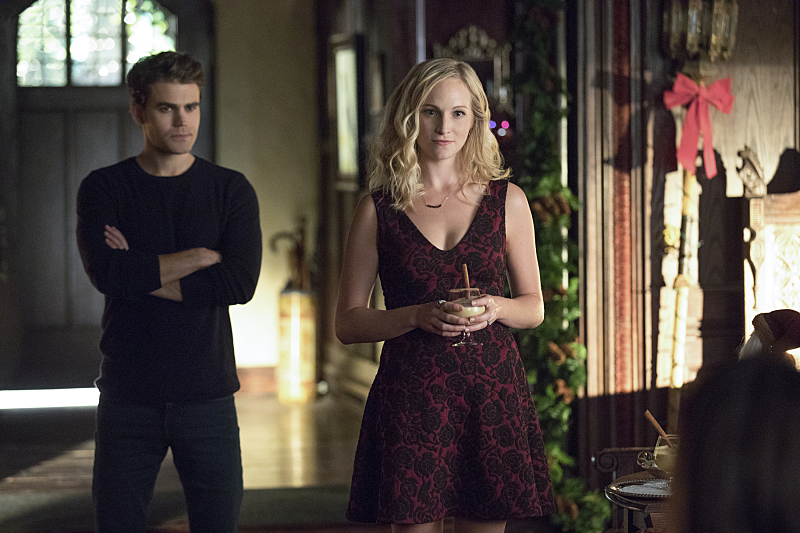 I kind of have to roll my eyes a bit as Seline only sees anguish in Stefan’s soul. We know that Stefan has taken delight in hurting people, especially when he’s in Ripper mode. I’d argue that Stefan has taken the same if not more pleasure in killing people as Damon has over the years.  I think the more telling conversation is the one Cade has with Stefan as he brings him back to Mystic Falls High School just moments before Stefan inserts himself into Elena’s life. The Devil may be evil, but he’s not wrong about Elena’s path. Stefan could have saved Elena’s life from the car accident and walked away. Instead, he “had to know her.” By coming into her life, Stefan changed the course of her soul. 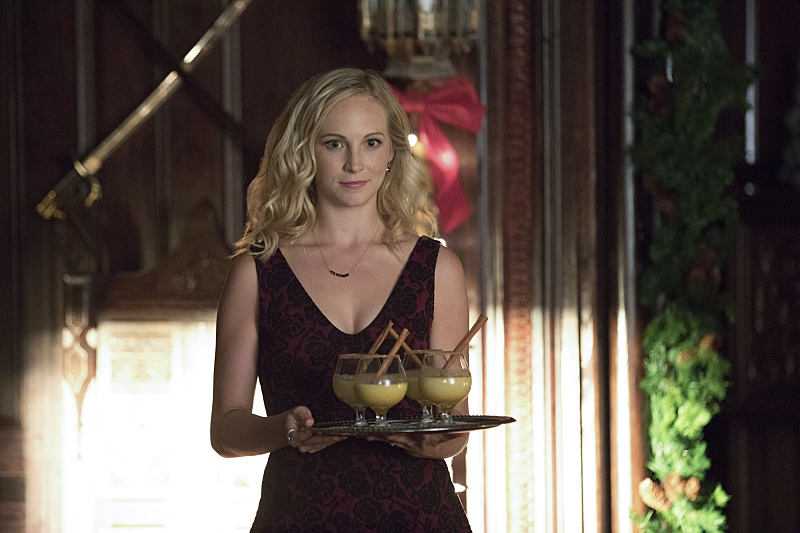 We may root for these characters, but the majority of them have killed and done terrible things. Their souls are tainted, and I wouldn’t be surprised if Elena’s soul is in the bad place right now as she takes her long nap. Cade is drawn to the souls that are close to getting into Heaven, but make decisions or are swayed to do horrific things that bring them closer to Hell. Stefan is an example of that soul. Stefan also is able to influence those types of souls, like Elena. In order to find some way out of his eternal damnation, Stefan asks Cade for a one year deal. He will serve Cade for one year as his Ripper self. He will get the job done faster, and he won’t be able to feel emotional as he hands people over to Cade. 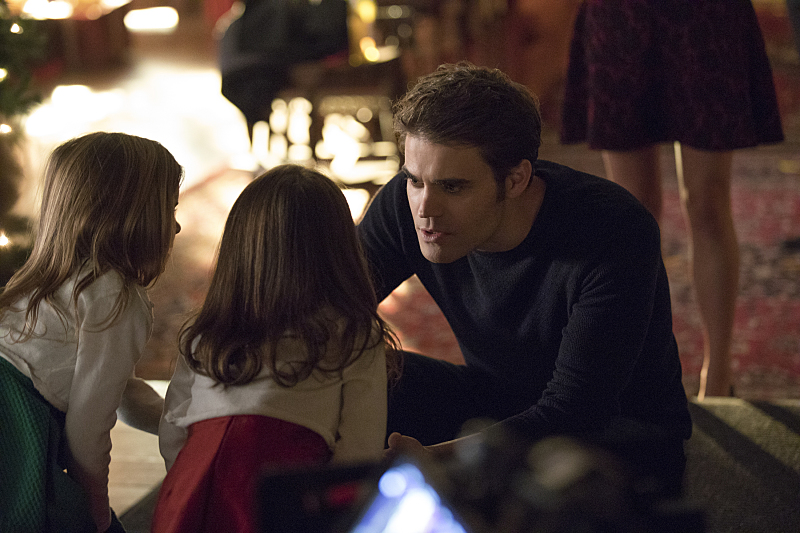 Stefan is certain after the year is done that he will be able to flip his switch and want to leave. Cade’s not certain and neither am I. As we’ve seen time and time again on this show, it’s easier to turn off your humanity than it is to turn it back on. Still, the offer is too enticing for Cade to pass up. He agrees, and that only leaves a little time left for Stefan to say goodbye to Caroline. Their farewell is devastating. He can’t even bring himself to say what he is about to do, but Caroline knows. As Stefan is off with Cade, Damon and Sybil make sure Caroline’s Christmas is as stressful as possible. Alaric and Matt are stunned by his walking and talking considering they thought they killed him. However, as most of us suspected, Damon’s deal with the Devil provided a loophole for death. 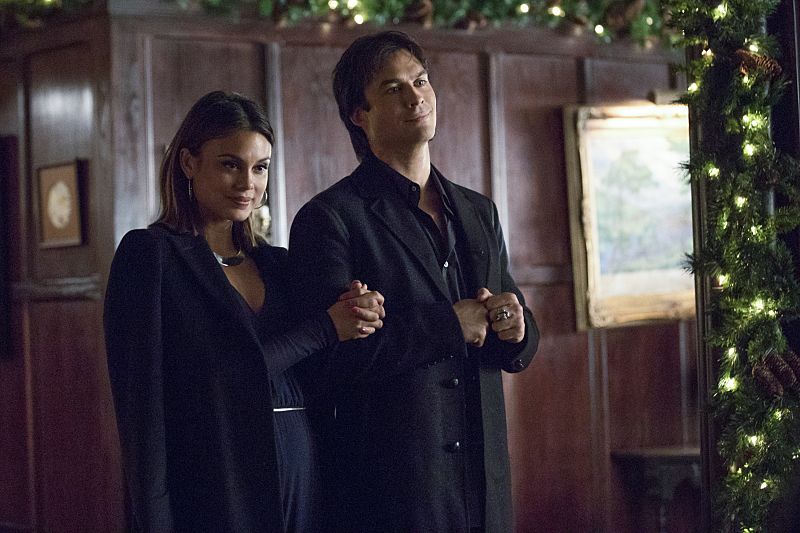 Damon insists that he will kill someone’s tainted soul by the end of the night (other than Stefan). After some low blows to Matt about killing Penny, Damon looks set on taking down Peter. However, instead of killing him, he just makes him confess that there was no real good reason why he walked out on Matt and his family. Caroline has enough foresight to know Damon will be back to himself one day and will need her forgiveness. She hands him a gift that Damon decides to give Sybil after they leave. When she opens it, she pulls out Elena’s necklace. This triggers memories of Elena that Sybil either tried to replace herself with or destroy in Damon’s subconscious. It’s unclear if Damon remembers everything about his feelings for Elena, but he definitely knows Sybil has been messing with his mind. That’s why it doesn’t take him long to rip out Sybil’s heart and leave her on a bench. 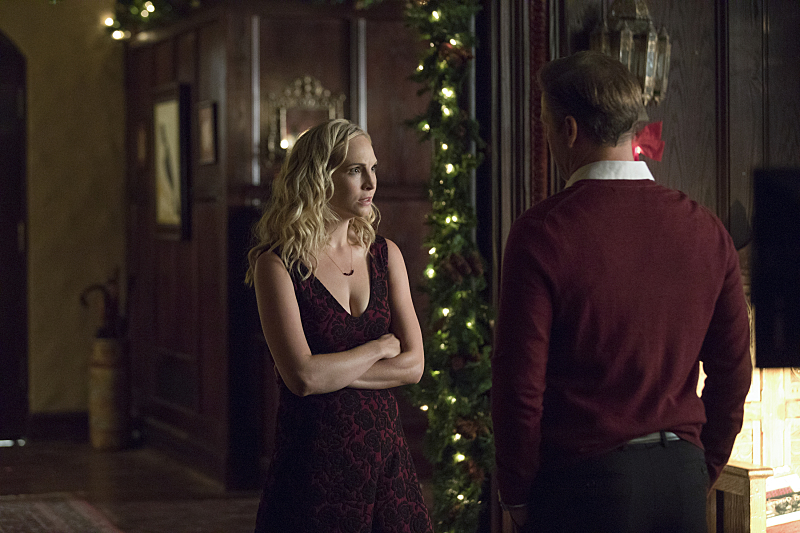 Sadly this doesn’t appear to be the last we’ve seen of Sybil as she pops up in the promo for the next episode. However she manages to survive, she’ll be pissed Damon literally and metaphorically ripped her heart out. Damon, now riding solo, picks up Stefan heading out of Mystic Falls. As Stefan turns off his humanity, I can’t help but be both excited and sad for these last remaining episodes. I’m excited because we have never seen both brothers with their switches flipped at the same time. This development offers an exciting change in their dynamic going forward. 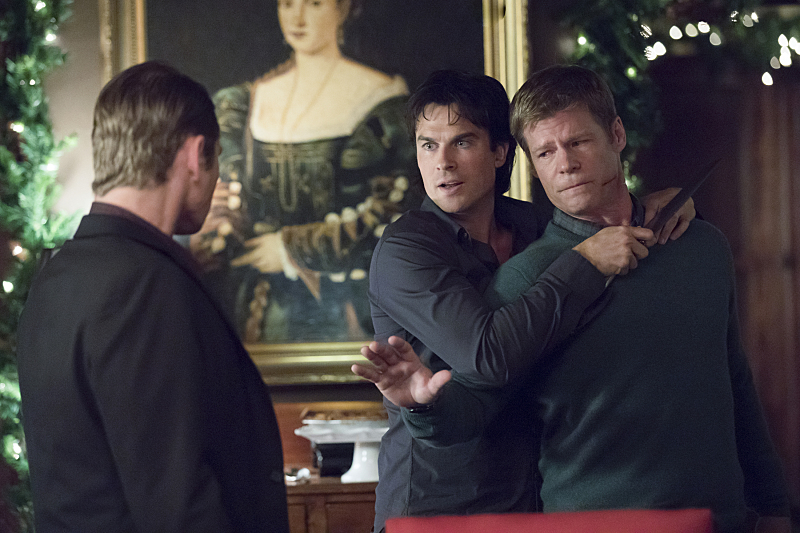 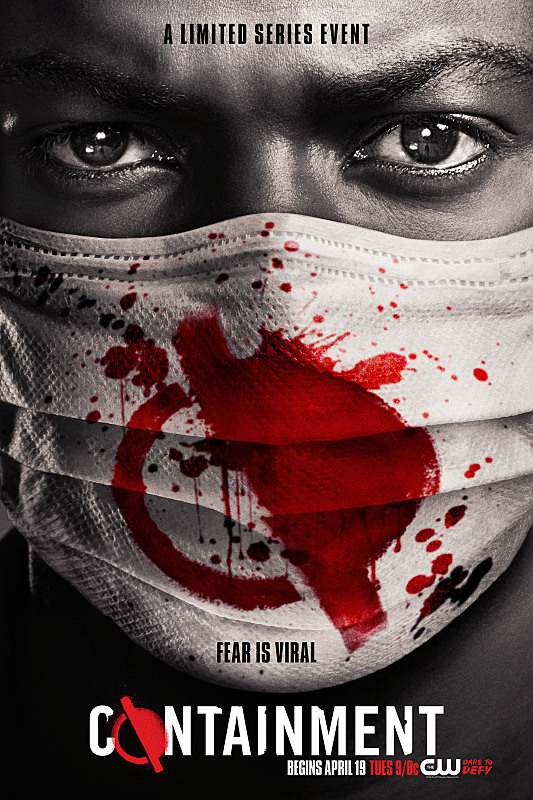 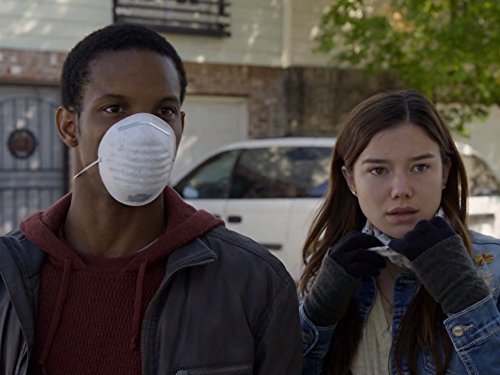 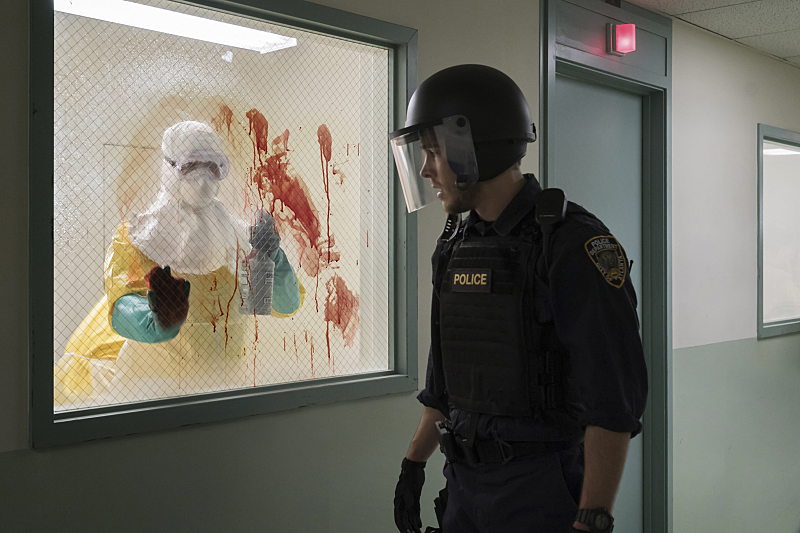 I actually really enjoyed this show – I blitzed it over the course of a week.If i’m not grabbed by the first few episodes I never stick it out. This show kept me till the end. 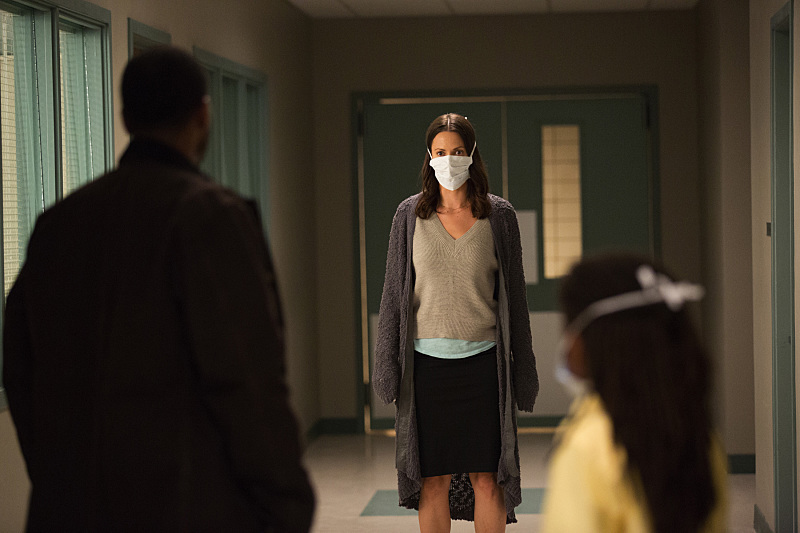 The show is very well done with the storyline of the virus outbreak and containing everyone, and it really gets you thinking of how people would really react in a situation like that.  Loved ones separated during the quarantine, ones being isolated in rooms and going crazy, I don’t want to spoil anything but the way the virus outbreak affects people in this series is the way it’d affect people in real life. 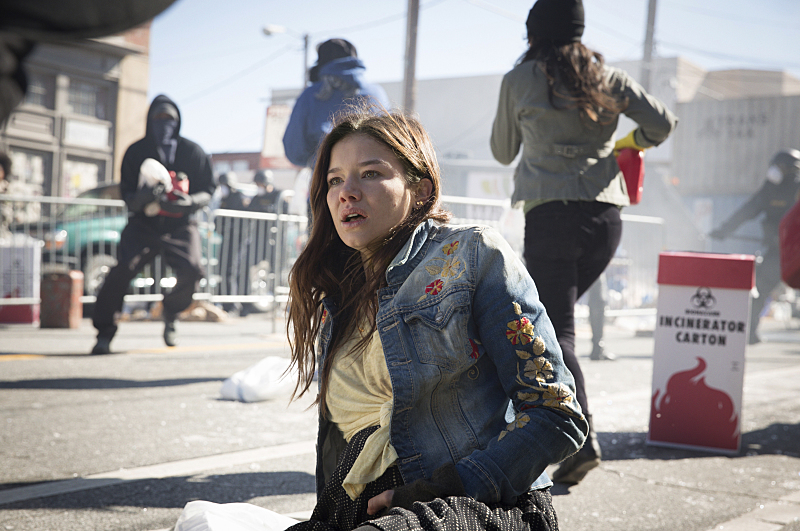 All in all the only thing that disappointed me was the ending. Too many loose ends. I expected the book to be closed but they have left it open ended.  They could have had another season now that the Corden has a new addition and see how that played out while they try to refine the cure.  Still I really enjoyed the show and have recommended it to all searching for a new show to watch.