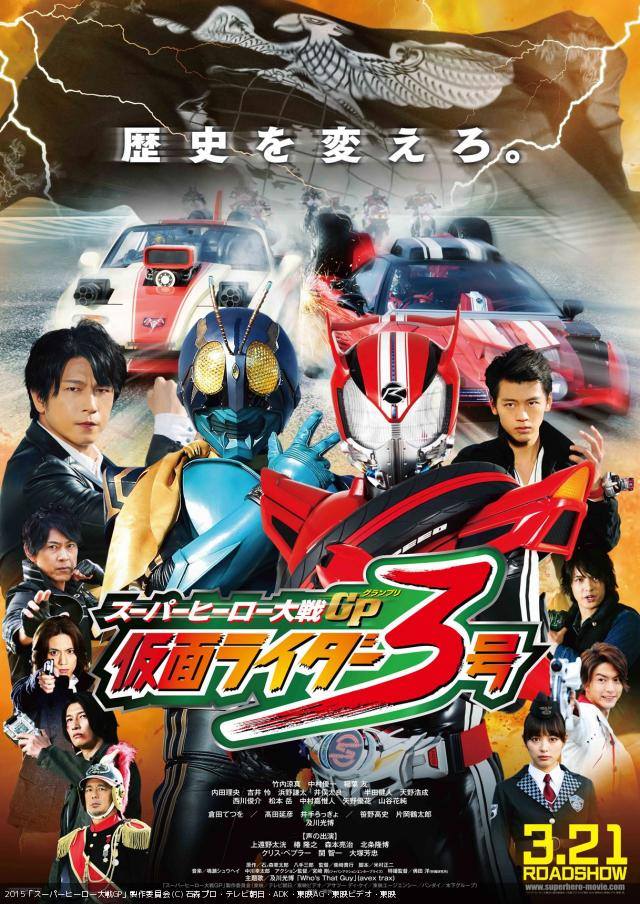 February 10, 1973. The evil organization Shocker is defeated by Masked Riders 1 and 2, and peace was… supposed to come to the world. But the mysterious warrior Kamen Rider No. 3 — the strongest Rider that Shocker ever created — suddenly appears and kills Riders 1 and 2. In that moment, history is changed. In 2015, the whole world is under Shocker’s domination. Shinnosuke Tomari (Ryoma Takeuchi) is a member of Shocker, tasked with hunting down the last remaining Kamen Riders, who are either destroyed or brainwashed to serve the organization.

But he hesitates when he witnesses Shocker using children as human shields during a fierce battle. The hostages are rescued by Kotaro Minami, Masked Rider Black (Tetsuo Kurata), whose words, “Protect the dreams of children, shine the light of hope. That is Kamen Rider!” pierce Shinnosuke’s heart. “Something is wrong…”

Shinnosuke brings his concerns to Kamen Rider No. 3, Kyoichiro Kuroi (Mitsuhiro Oikawa), and the two partner to find the surviving Riders, defeat Shocker and restore justice. But Shinnosuke is unaware that No. 3 is the warrior of darkness who defeated Masked Riders 1 and 2, and he has now set a brutal trap for Shinnosuke and his allies. What fate awaits the Kamen Riders? Will the heart of justice be forever stilled ? Can the correct past be restored? The outcome will be decided by the first-ever “Kamen Rider Grand Prix” between the Shocker Riders and the Justice Riders. The racing battle to determine the strongest and fastest Rider begins!! 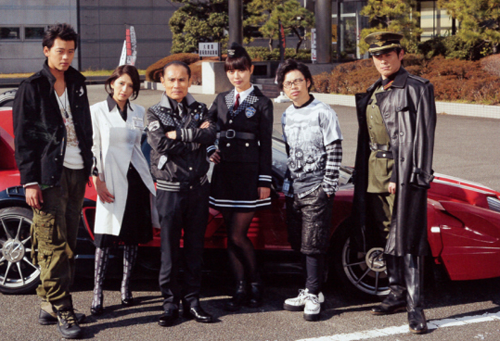 Being a huge fan of kamen Rider Drive, It was nice to see him team up with the other Riders, The story is very well written and Kamen Rider 3 is a fascinating addition to the Rider family. Drive’s Villains only have small cameos, but this is truly shockers story so they are not needed. the only downside to the movie is the mini tag at the of the end of the film leading to Kamen Rider 4.