The ‘Bionic Woman’ character has (through her injured body being rebuilt with cutting edge technology) ‘superhero’-like powers, but without the strange costumes and other weirdness of the Bat Man & Spiderman type ‘Superhero’ genre.

This is a series of adventures but also raises questions about how far science should try to fundamentally ‘improve’ the human body, even an injured human body. That is seen especially in the first four episodes when the heroine not only has to come to terms with the effects of the rebuilding, in new improved form, of her own body after a car crash, but of meeting the troubled earlier ‘prototype’ bionic woman Sarah Corvus (Katee Sackhoff) 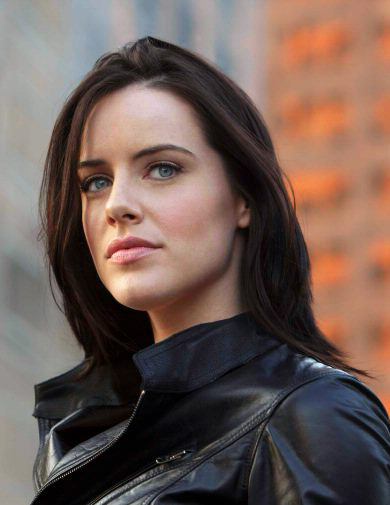 Michelle Ryan might be a more obvious choice for a comedy or romance than to play an action superhero like the Bionic Woman. She is not as exceptional or charismatic an actress as Katee Sackhoff, who plays the Sarah Corvus character. However, Michelle Ryan is still good, and makes her character likeable and even charming.

Her character’s home life, juggling dangerous adventures with being stand in parent to a precocious younger sister, was not in the original 1970s series. However, as to a lesser extent with the ‘Bionic Woman’s romance over a few episodes with a CIA agent, it adds interest. Little Lucy Hale is good as the younger sister, convincingly playing an adolescent.  A good series, cancelled prematurely, but the 8 episodes made still amount to more than 5 hours viewing time, which is a reasonable length. Although not originally written to be the end of the series, the last scene, between the heroine and her sister, while not wrapping everything up, is not a bad note on which to end.