After accidentally knocking Ryan out with a cricket bat, Patrick is shocked to learn of Marilyn’s engagement to Ryan. Patrick also overhears a dialogue excerpt that Ryan cites over the phone, which makes Patrick believe that Ryan wants to kill Marilyn. From this time on, Patrick tries everything in his power to protect his sister. But an apparently fatal accident happens: While Patrick is on the phone with Marilyn, Ryan tries to mount Christmas lights and falls off the ladder. Patrick panics and tries everything to hide Ryan’s death from his sister. As such, Patrick arranges a blind date between Marilyn and Chris (Christopher Judge) to get time to dispose the body in the garden and in a lake nearby. But Ryan’s dead body reappears each time. When Marilyn alerts the police that Ryan is missing, Ryan’s aunt investigates Ryan’s disappearance. After first suspecting Marilyn, Patrick’s cover blows.

Because it looks bad for Marilyn, the siblings decide to dismember Ryan’s body and give it to Mars and the neighbors’ dogs as food. Finally, when Patrick admits that Ryan has basically always been a friend to him, Marilyn reveals her plan: She and Ryan just faked his death, and the body that Patrick has been trying to get rid of has been Marilyn’s sex doll all the time. Ryan has assumed the role of his aunt. Some time later, when Patrick grows comfortable with the idea to accept Ryan as his brother-in-law, Ryan’s sister Elise (Amanda Byram) arrives but is not enthused with the upcoming wedding. A love at first sight between Patrick and Elise is apparent. While Marilyn shows her sister-in-law to-be the house, Ryan leads Patrick to the lake, with a moose figure behind his back.

You might recognize all of these actors (and much of the listed crew) from the TV shows Stargate Atlantis and Stargate SG-1. If you’re a fan of these shows, you’ll really enjoy seeing everyone in a very different role. If you’re not a Stargate fan or even a sci-fi geek, no worries. This won’t really take you there, except for poking a little fun at their other jobs. A Dog’s Breakfast is well worth watching as David Hewlett is sure to be a name to watch in the future. 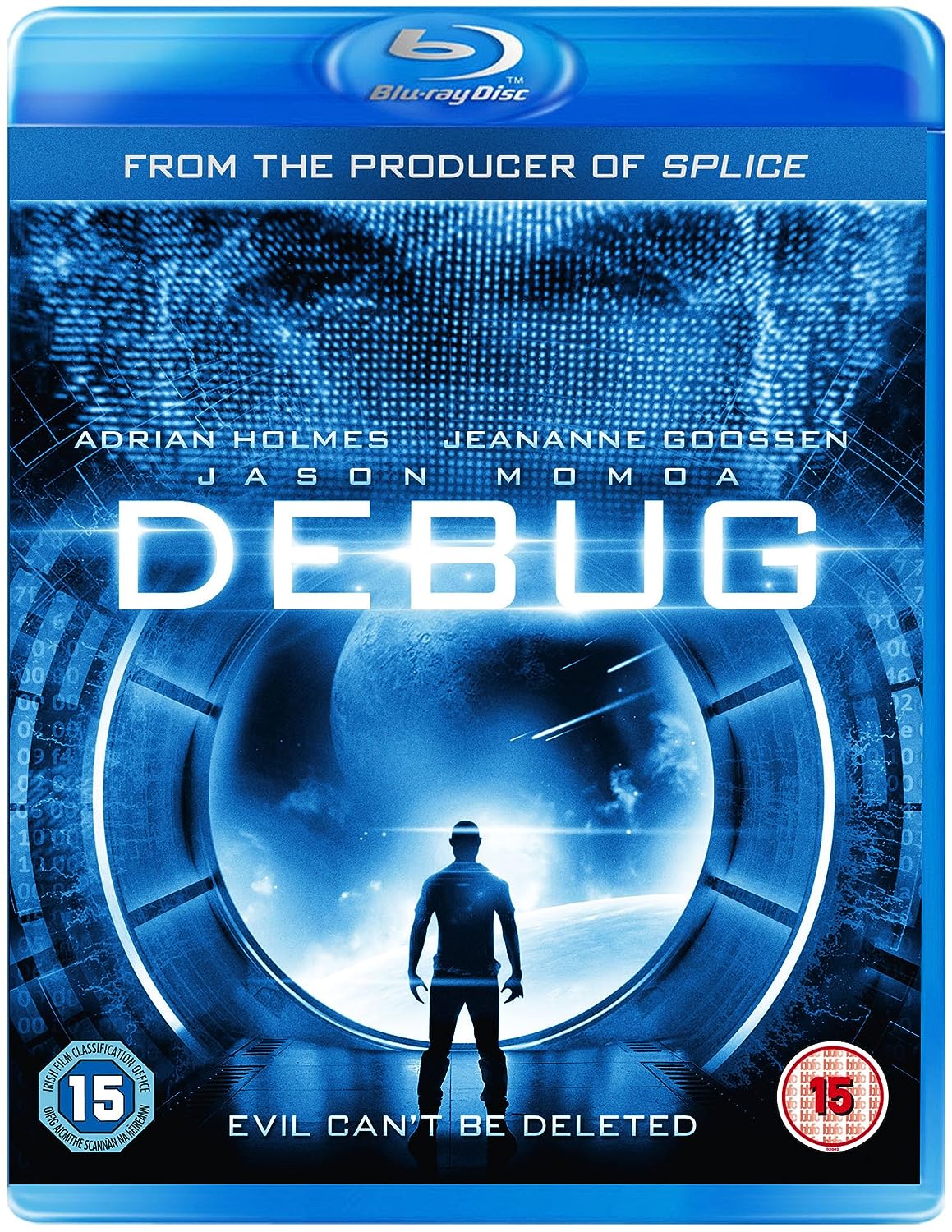 I’ve seen quite a few movies with low ratings that turned out to be decent enough to recommend. DEBUG falls into the same category but is tougher to recommend because movies set in space don’t seem so popular overall. But this film I would recommend because unlike the others or at least the recent slew of space flicks. DEBUG as a story line good enough to hold your attention and the main characters are interesting enough for you to really want to know more about them.

Visually, the film looks good but the fact that it was shot on a low budget is not painfully obvious but noticeable. It doesn’t have a lot of atmosphere but the score helps in creating a fair amount of tension.

Overall, DEBUG was better than expected and deserves a bit of a higher rating. The story line progresses nicely. The acting is competent although the effects are not outstanding but doesn’t really hinder the film. 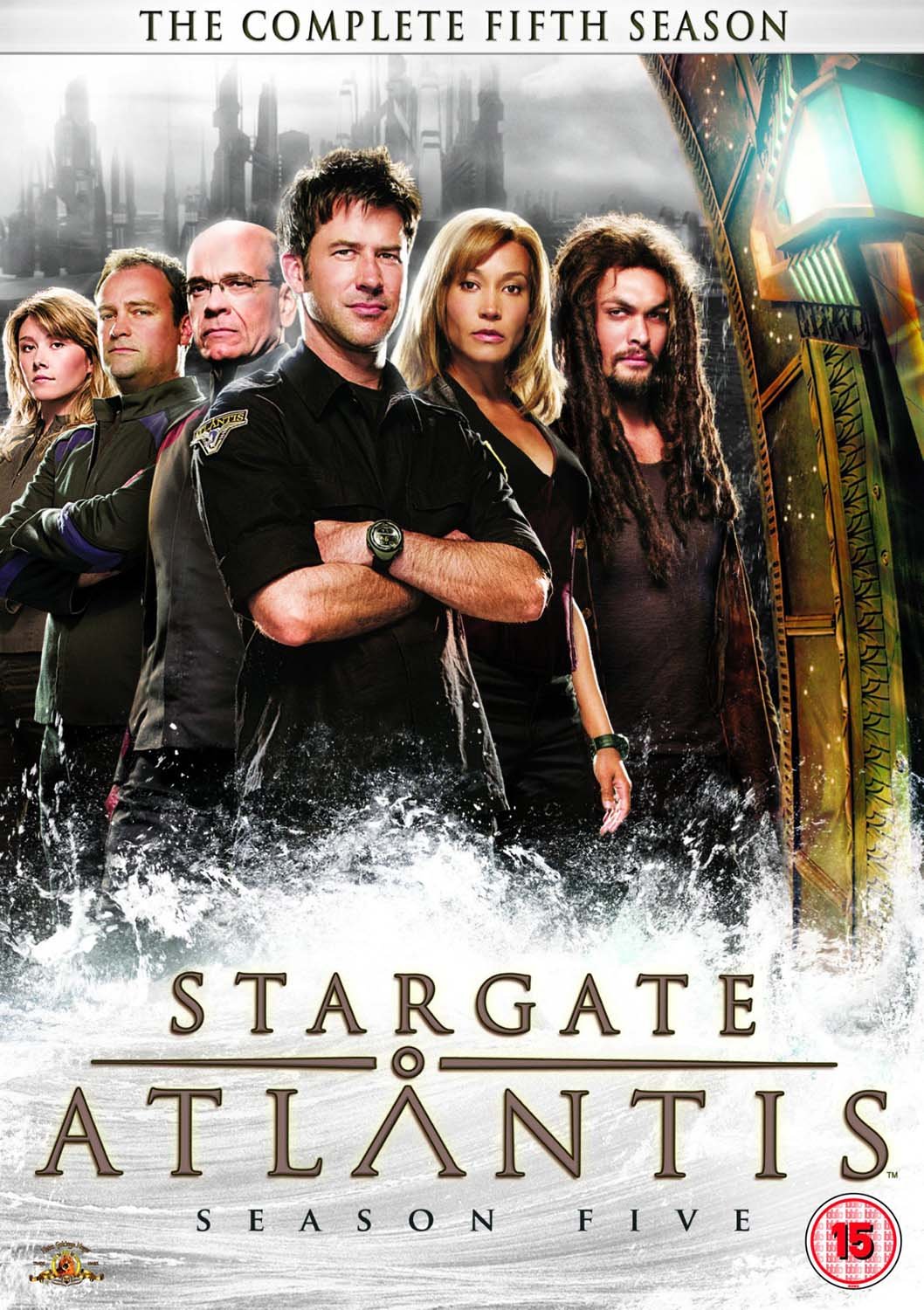 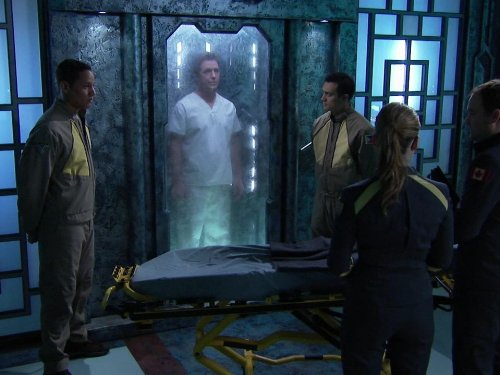 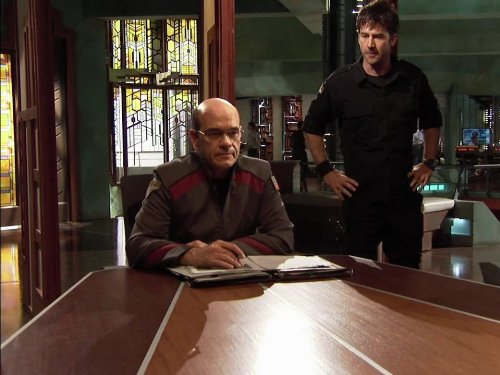 Carson Beckett is back for no less than five episodes, and despite heavy use of the Wraith ship set, the stories are good and justify it. The characters are as well written as ever, I really felt the writers stepped it up a notch this season. 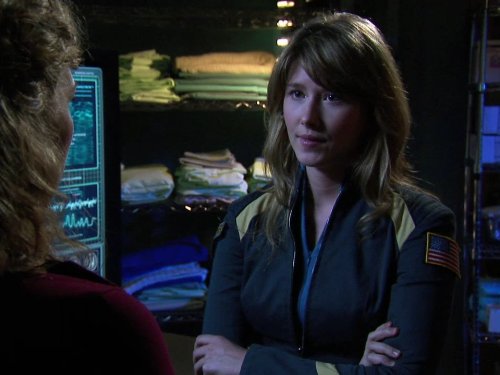 Robert Picardo is back as Richard Woolsey and promoting him to the role of Commander was a stroke of genus. No disrespect to Commander Weir and Colonel Carter, but in Richard Woolsey, Stargate Atlantis had finally cast its ideal leader. There are also a couple of deadpan in-jokes about his holographic Doctor character hidden in the dialogue, which are extremely funny when you spot them. 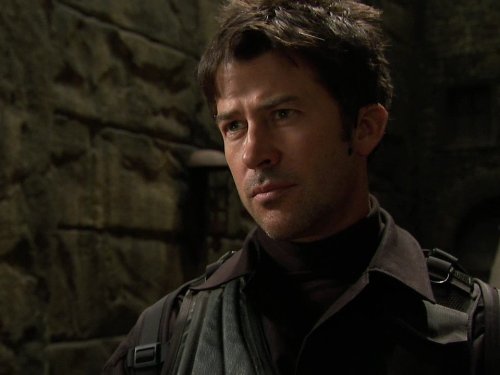 Despite the technology getting more and more advanced, there is less of a reliance on the technology itself selling the story. There is more focus on the characters than before and all the characters get at least one episode where they take centre stage in the story – for example, David Hewlett puts in an incredibly moving performance in The Shrine where McKay is struck down with a fast acting Pegasus equivalent of Alzheimer’s. Very good use is made of the popular Wraith characters Michael and Todd, and the budding relationship between McKay and Keller is a refreshing antidote. 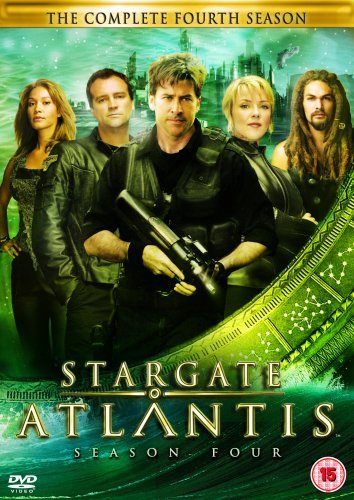 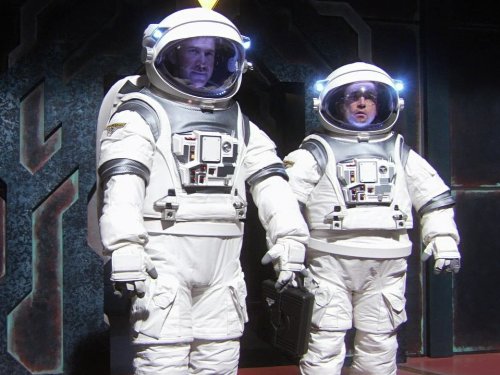 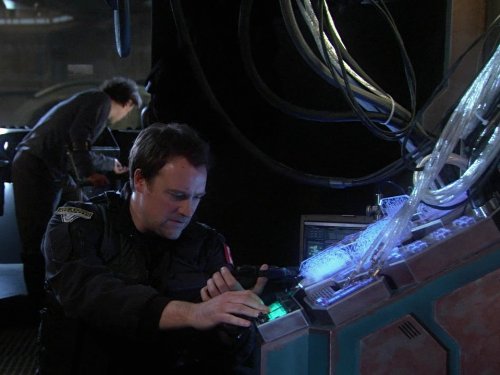 Stargate Atlantis ups its game with season four. But it’s not with particularly clever or imaginative stories that the shows writers and producers manage to bring about this change; it’s actually in the areas of character development and action that this season really excels. With the (implied) deaths of inarguably my favourite two characters in season three, I wasn’t expecting their replacements to integrate perfectly, or right away into the Atlantis team, but both actors are given such great material to work with that it’s impossible not to be engaged with their individual story-arcs. 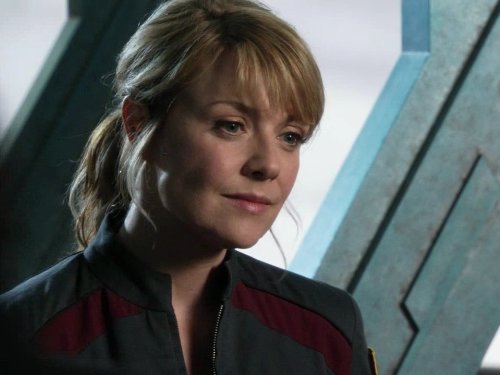 Sam carter is (of course) as brilliant as always, but unlike Doctor Weir, doesn’t appear in nearly as many episodes, or seem to be involved as deeply in the decision-making processes on the base. She just feels like any other member of the team and fits right in almost immediately. Doctor Keller is initially unconvincing in her role as chief medic, but before long she too blossoms into a really intriguing and multi-layered character. 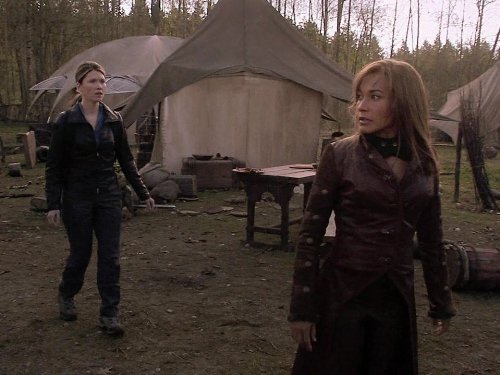 While there are more than a handful of solid Replicator and Wraith-based episodes to enjoy in this twenty-episode season, it’s the character-based stories that stand-out for me as the best examples of this season. Episode 7- `Missing’ , episode 13- `Quarantine’ and episode 16- `Trio’ are each so gripping. The final stand-out story for me would be the concluding episode- `The Last Man’, which breaks out of the mould of the finale’s of previous seasons and doesn’t involve an unprovoked attack on the city, or a multi-episode build-up. It’s pretty self-contained on the whole and mixes well themes of time-travel, action and season four’s despicable mystery nemesis. 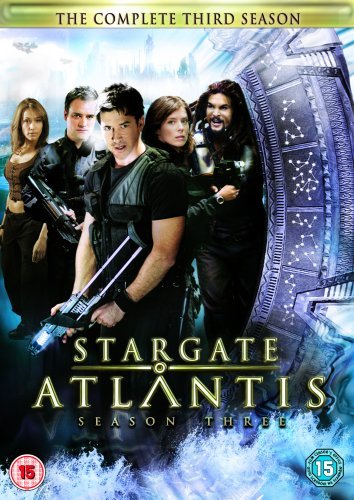 Atlantis has emerged as the name not of a location that cannot be moved, but of a truly mobile city that can relocate . well, to anywhere. The season ends with the city blasting off into space. Season Three had some great moments. The season finale . was splendid. And the season featured what may be my favorite episode of the entire series so far in “Common Ground,” in which the Genii kidnap Sheppard and enclose him with a wraith who is allowed to feed on no one else.Christopher Heyerdahl has played the wraith in this episode he was allowed to give this particular wraith a dignity and complexity not allowed any other wraith with the exception of Michael. He gradually drains the life out of Sheppard out of sheer necessity before the two of them, cooperating as human and wraith never have before, manage to escape from the Genii. Then, in a moment that could lead to interesting plot developments in the future, we discover that the wraiths cannot only drain another creature of life, they can also imbue them with it, and as a sign of comradeship he heals Sheppard. 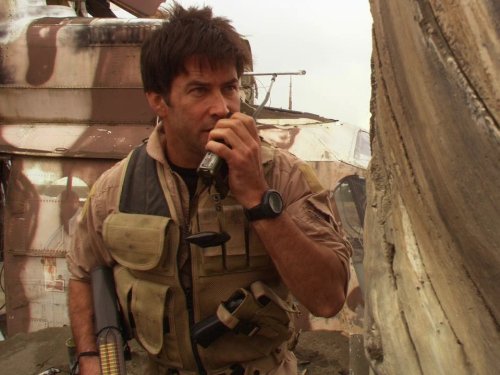 Season 3 sets up many changes that carry over into the fourth season, with becketts death in Sunday and Wier leaving the show, and Amanda Tapping taking over, its a great season leaving leaving things on a cliffhanger to be resolved in season 4. 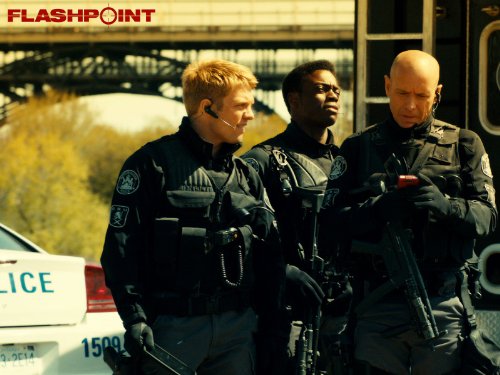