When the evil witch Bandora escapes from her prison on the Planet Nemesis, five young warriors must rise up to stop her from taking over the world! Armed with the powers of the ancient dinosaurs, they become Zyuranger! If you grew up in the 90’s, you might be thinking that this story sounds very familiar, and it should. Haim Saban had the genius idea to take the Japanese Sentai franchise and bring it over to America (with a little tweaking). Combined with newly shot American footage, Zyuranger would become the foundation for Mighty Morphin Power Rangers! Now thanks to our friends at Shout! Factory, you can own Super Sentai Zyuranger – The Complete Series on DVD! 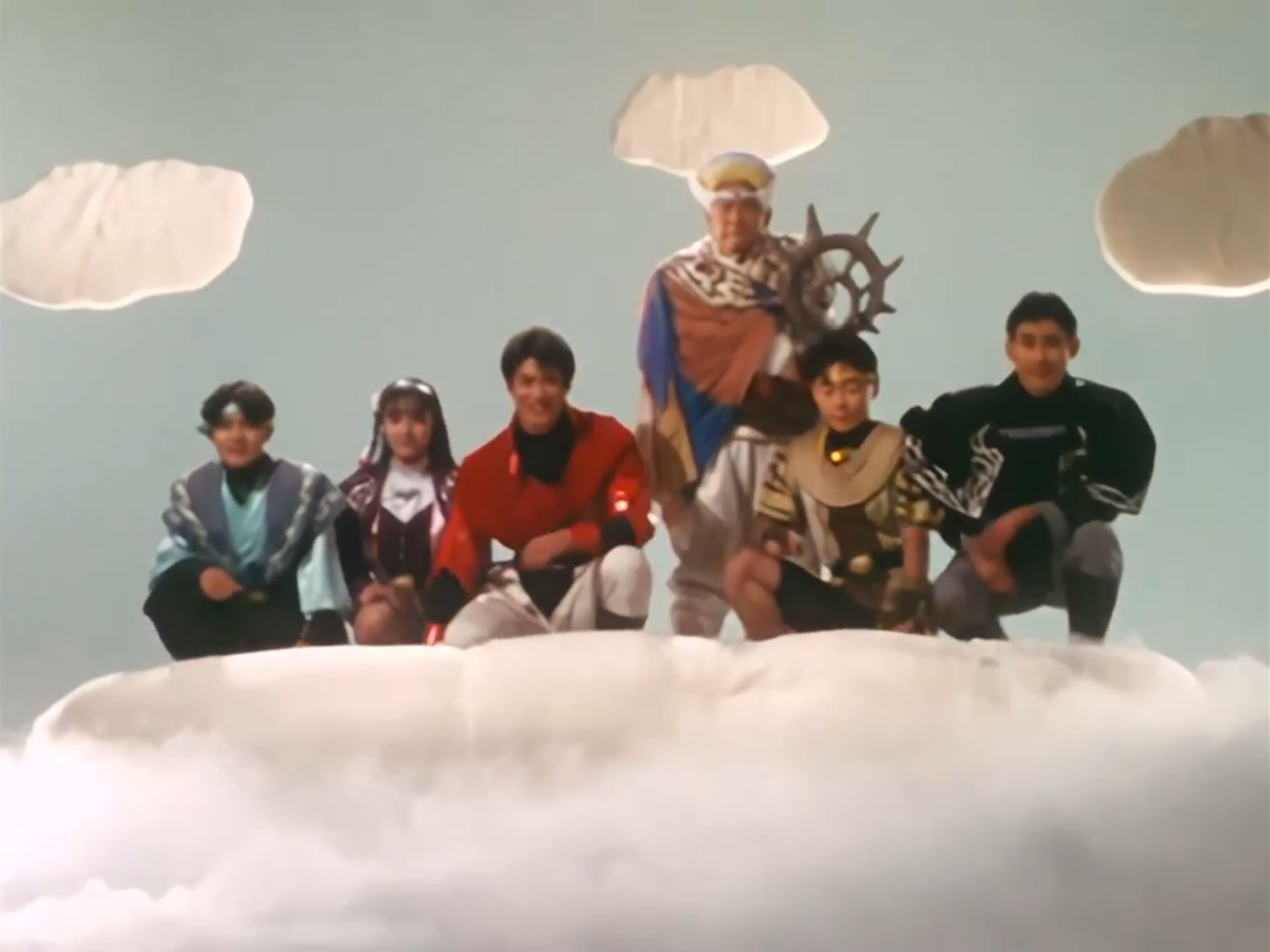 To say that I am a fan of Power Rangers would be a huge understatement. I grew up watching those five teenagers with attitude fight off the evil forces of Rita Repulsa five days a week. Although the Power Rangers franchise has now been around for 20 years, many people still don’t know that the series features footage from a completely different show in Japan. While some story arcs and characters might be similar, major story elements and footage are replaced by Saban to fill the gaps for American viewers. Now, even with my knowledge of the show, I really had never experienced Zyuranger. I had seen a few clips on Youtube of Sentai footage in general, but I was pretty clueless as to the level of changes that were made from Zyuranger to create Mighty Morphin Power Rangers. For the purposes of this review, I wanted to highlight some of the biggest differences from the Power Rangers story that I grew up with, as compared to what the original content from Japan actually focused on.

Bandora the Witch was imprisoned on the Planet Nemesis 170 million years ago, and is accidentally released by astronauts from Earth. She immediately brings her palace to Earth to take out her revenge on those who imprisoned her. When Bandora attacks, the Wizard Barza releases five ancient warriors from the ancient Zyuranger Temple to save the day. Using powers from the dinosaurs that their tribes worshiped, they transform into the mighty Zyuranger! One of the biggest surprises watching this series has been the amount of footage that was not used for the American adaptation, specifically in regards to the actual dinosaurs! While some of these elements worked well for the Sentai, I think that American audiences would have found the show overly cheesy had some of the shots been left in. 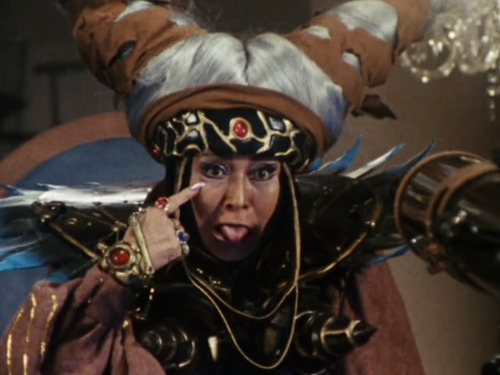 Rita Repulsa, the US counterpart to Bandora, was always up to no good and was pretty evil in her own right. In Zyuranger, Bandora, surprisingly enough, is a lot nicer in a lot of regards…but is still out for vengeance. With help from Bukbak (Squat), Grifforzer (Goldar), Lami (Scorpina), Totpat (Baboo), and Puripurikan (Finster), she sends an army of “Dora Monsters” to attack humanity. Aside from the noted differences from Bandora to Rita, the Sentai versions of Bukbak and Puripurikan come off as more evil than their boss at times. 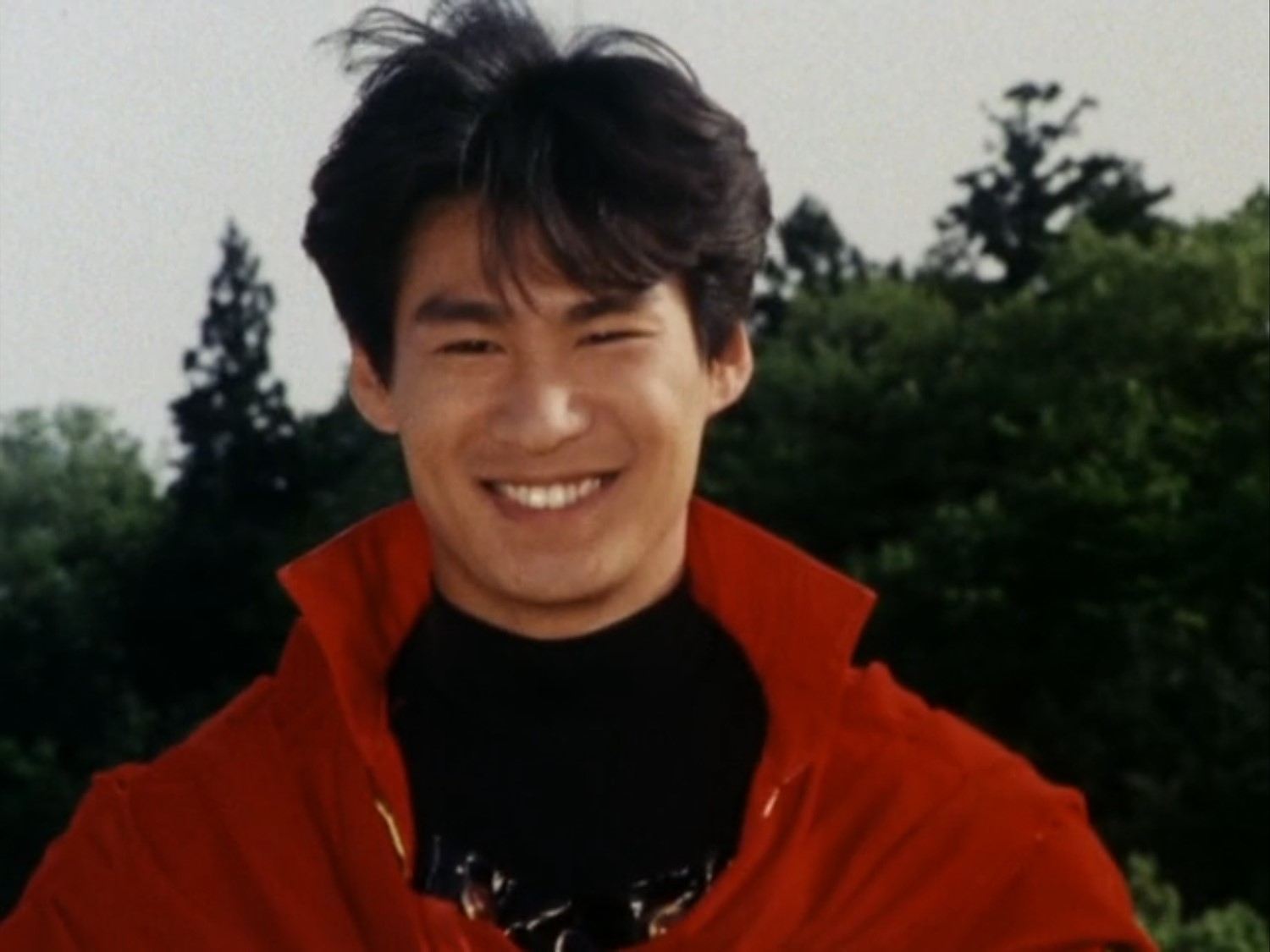 aside from the obvious element of being from an ancient culture that worshiped the dinosaurs, Power Rangers made a big change that most kids at the time didn’t notice: the Yellow Ranger was a man! That’s right kids, if you ever wondered why Kimberly’s costume had a skirt and Trini’s didn’t, it’s because the Sentai counterpart for the Saber Ranger was named Boi (ironically enough).

If you thought the story of Tommy Oliver as the Green Ranger was interesting, the tale of Burai takes the story to an entirely different level. Just as the main five characters were revived in modern day, Burai is the final ranger to be brought to the present. The long lost brother of Geki (the Red Zyuranger) is found in present day, but learns that his lifespan has been reduced due to the suspension process. Burai would eventually join the team, but his time is cut short and he passes his powers and control of Dragon Caesar on to Geki. The biggest twist from the American story is that Burai does not return as the Green Ranger! Tommy was such a fan-favorite character that the writers were told to find a way to bring him back following the story that would leave him powerless.

Zyuranger might have been the first Sentai that was adapted for American audiences, but it most certainly was not the first Sentai series. Zyuranger was actually the 16th Japanese series to feature humans with special powers and robots used to fight against evil. Can you imagine what would have happened if the previous Sentai series had made it to America earlier?

Aside from the colorful costumes, robotic dinosaurs, and creatures from outer space, one of the most memorable elements of Mighty Morphin Power Rangers was the theme music. While “Go Go Power Rangers!” was music created for the American incarnation of the series, Zyuranger definitely had some catch music of its own. The series featured a theme by Kenta Satou that will easily get stuck in your head after watching an episode or two.

Overall: In all honesty, Zyuranger was definitely an eye-opening experience for me. While I was aware of how much footage was mandated for each episode of Power Rangers, I really didn’t grasp how much of the story was moved around and altered from the original Sentai series. The pilot episode alone was shocking, as I expected the story to be extremely similar overall.