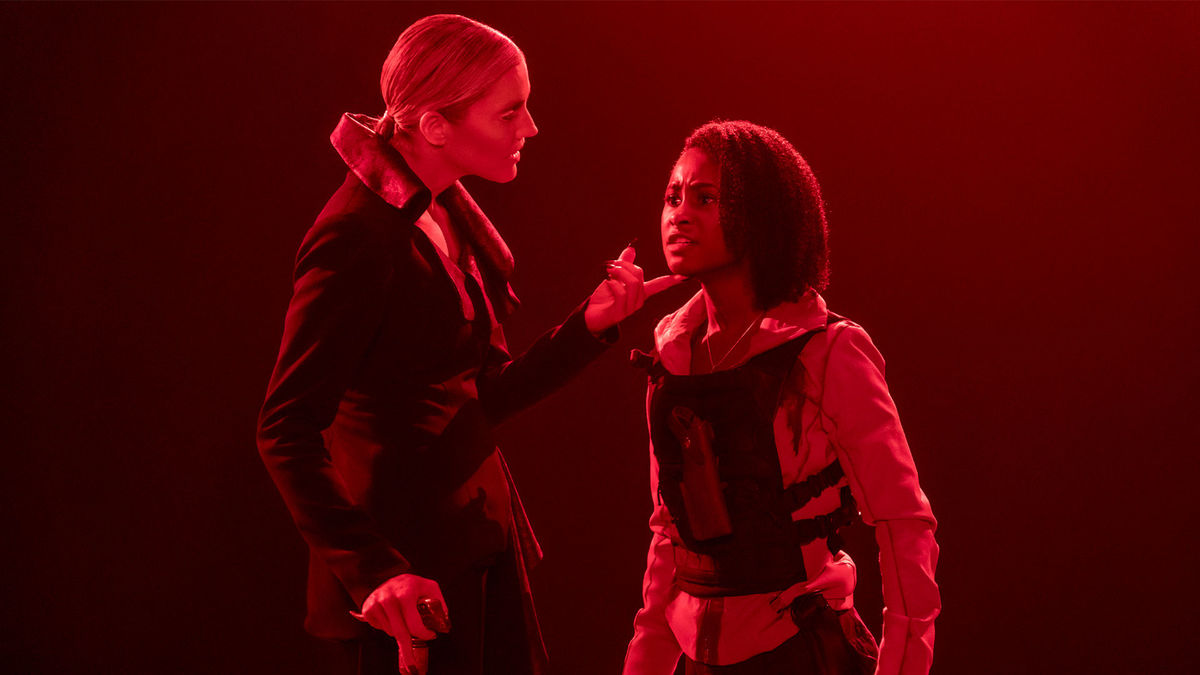 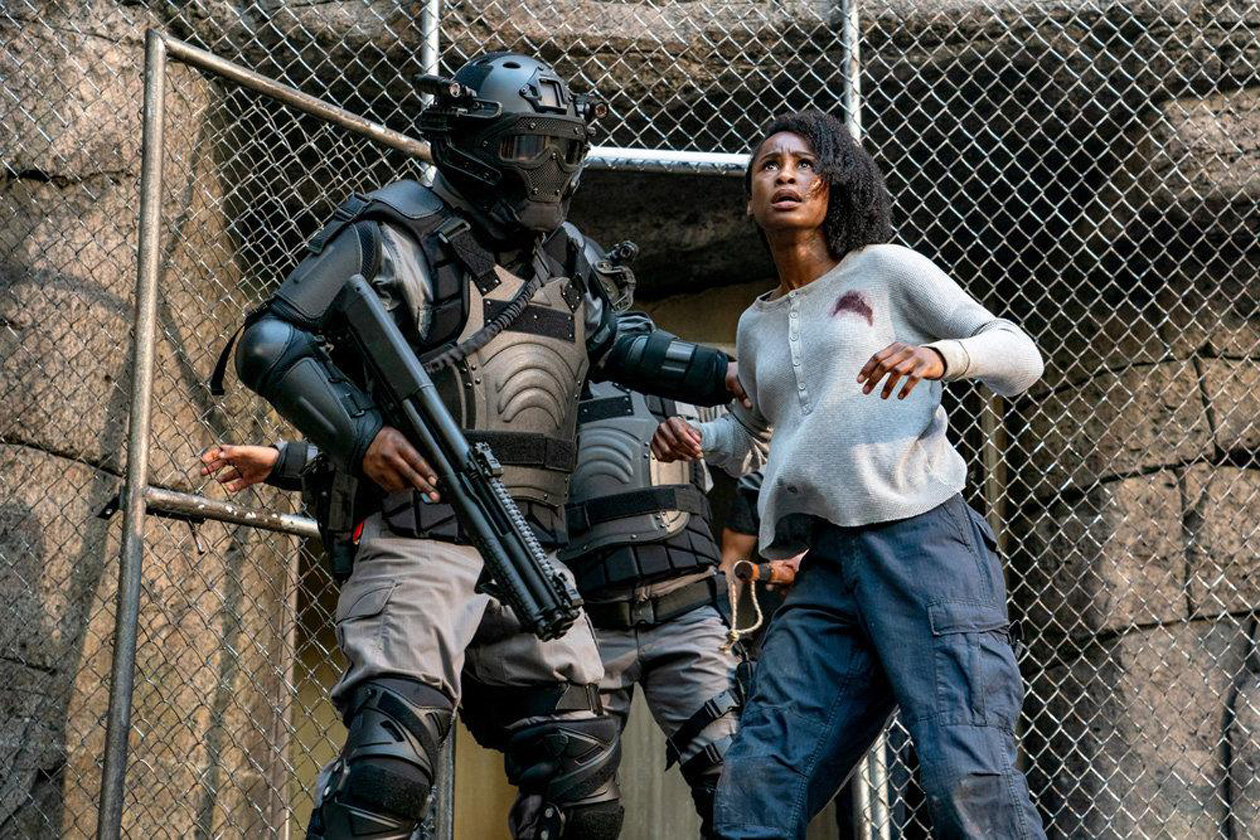 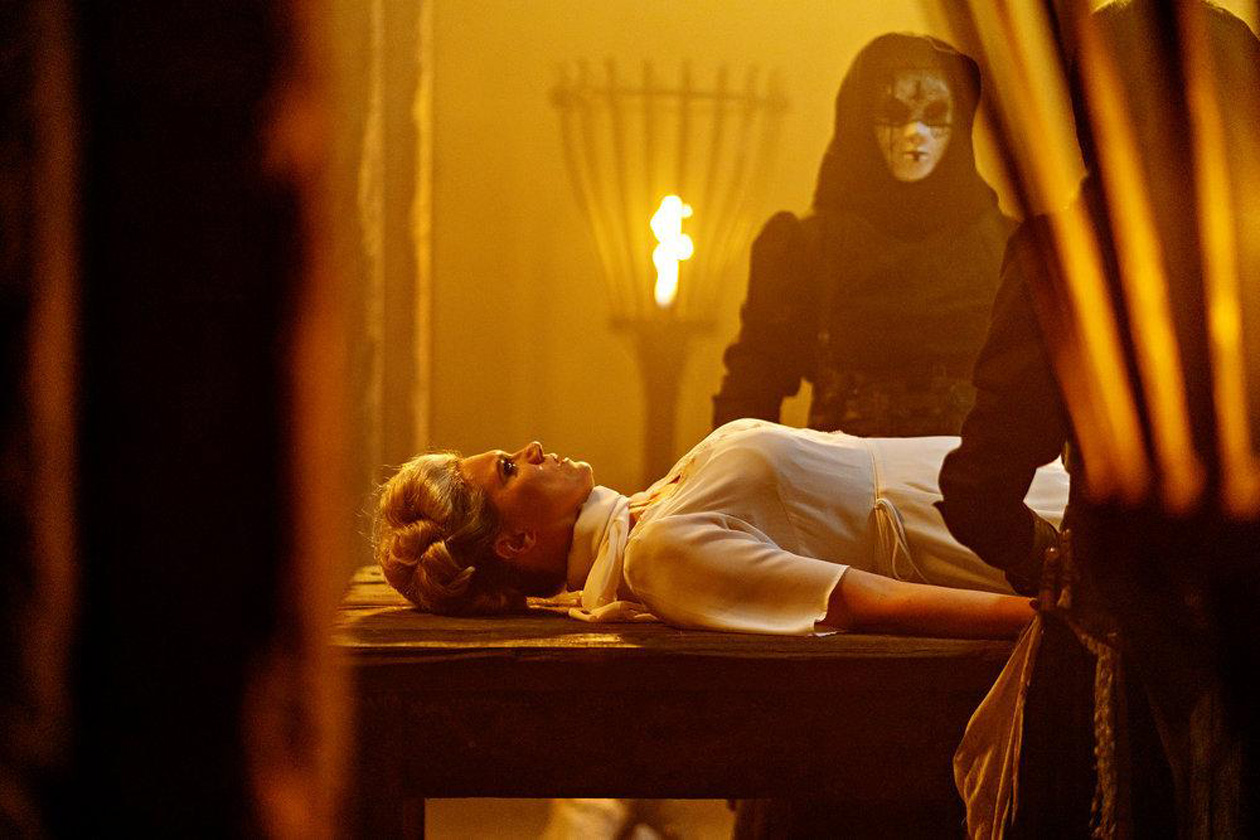 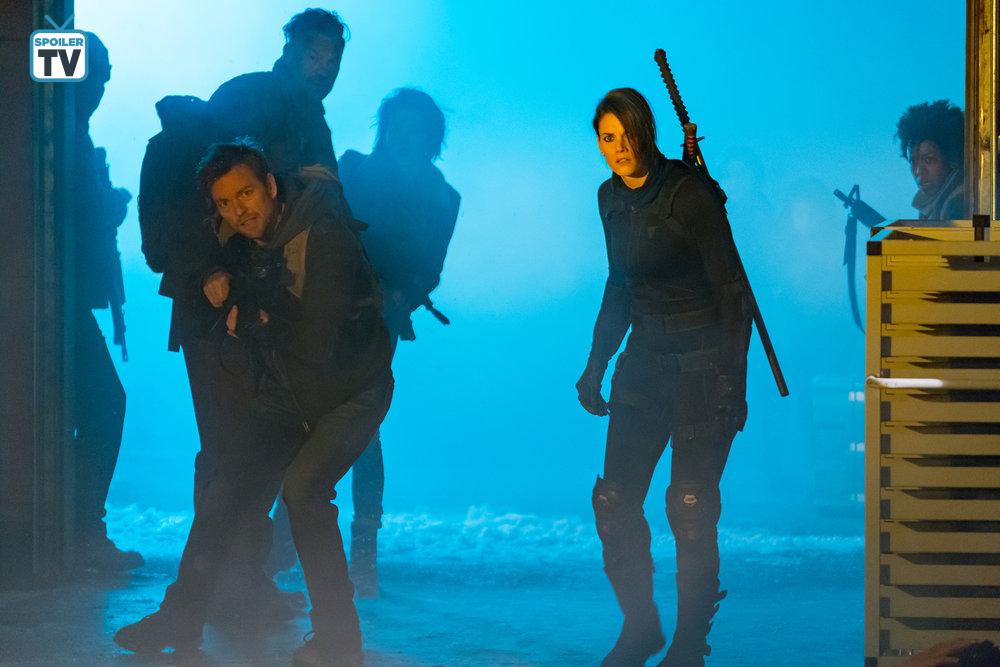 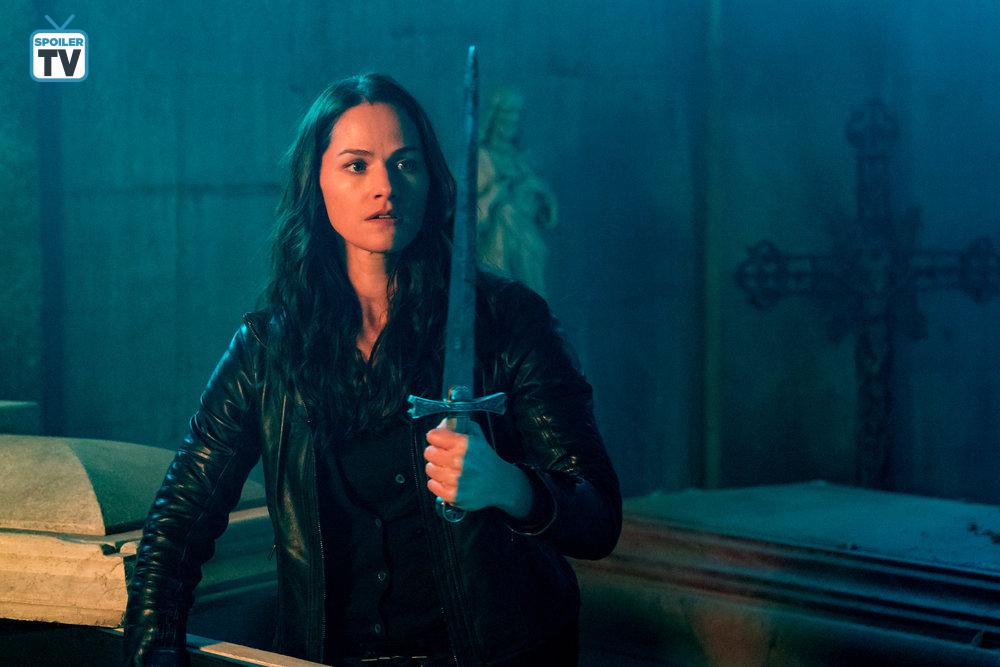 Now that the show has a fleshed out mythology, which continues to deepen, and a group of survivors who now feel like a family, Van Helsing is the best it has ever been by a mile. The Season 3 Premiere picked up where the Season 2 finale left off. Vanessa is still in the lab with the Ancient vampire who is apparently on their side; Scarlett is with their dying mom in the crypt of the ancient one; and Axel and crew are held up in a resort down the mountain from where the Van Helsing sisters are. 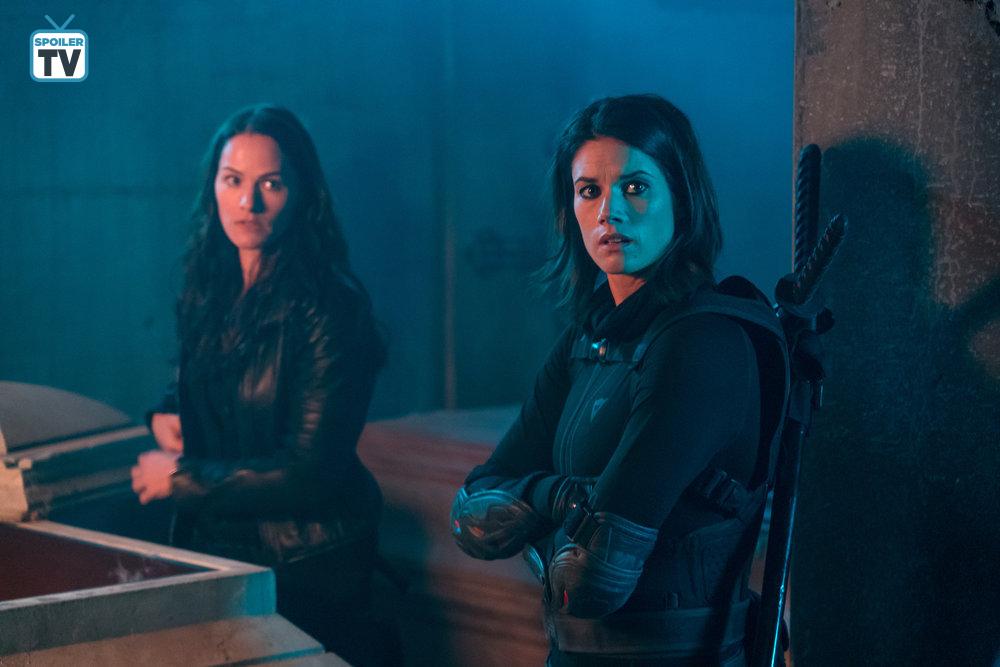 The deepening mythology is one of the main reasons why this show has improved immensely. We find out that each of the Ancient vampires hold different totems which together awake the Dark One (which I assume and hope is Dracula). The Ancient One takes the form of Susan (Hilary Jardine) so that Vanessa feels comfortable around it. I always loved Susan, or maybe I just have a thing for Jardine, but it is great to see her character return and this was a fabulous way to achieve it. Introducing old vampires and possibly Dracula down the road is what fans want. Dmitri with his overacting and corny accent was a hindrance of a villain, and now we are already seeing immediate improvements with him finally gone and the show now focused on a deeper mythology. 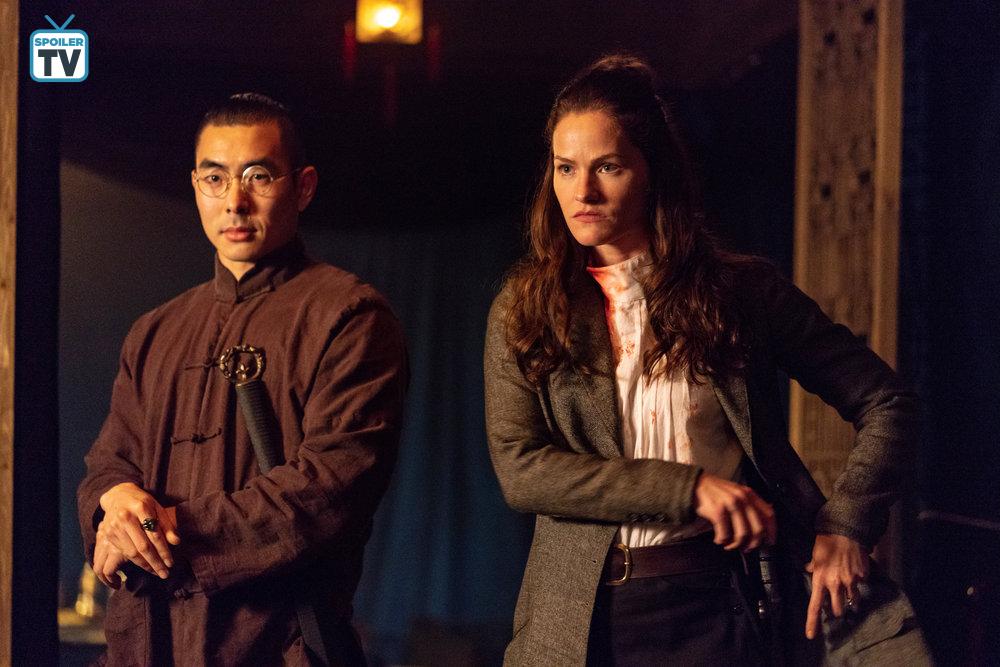 One antagonist I am pleased to see still in this show is Sam (Christopher Heyerdahl). He is just so damn menacing and creepy. I like how Mohamad has become his sort of pet, though as the season goes on that chages and Mohamad soon encounters Vanessa again.  Team Van Helsing sans Mohamad have also improved with time. The whole lot of them really feel like a family, and I love how they are all former vampires. Their deaths in seasons past seemed so senseless, but it all makes sense now. 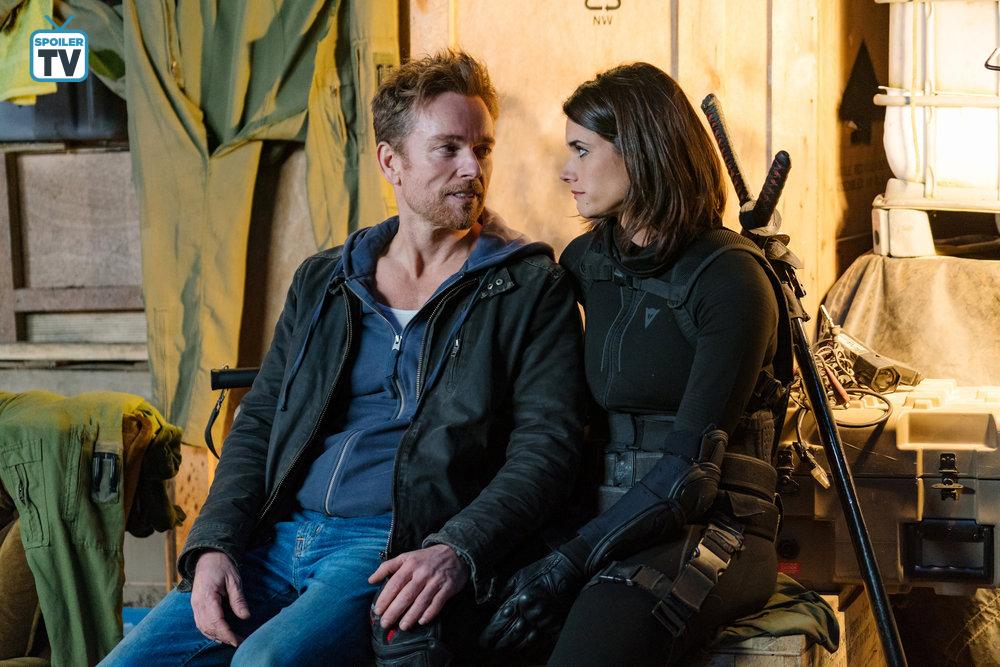 The scene where Scarlett, Axel, and crew engage in a gun battle with the soldiers was so adrenaline pumping fun. In most shows and films a scene like this would be flat out stupid because how in the hell does no one get shot? But the fact that everyone we care about in that room was half-vampire, half-human and can’t be killed by a mere bullet, made the scene plausible and even more glorious. They made sure to drive this point home with Scarlett being shot in the freaking throat and Axel biting a bullet too. 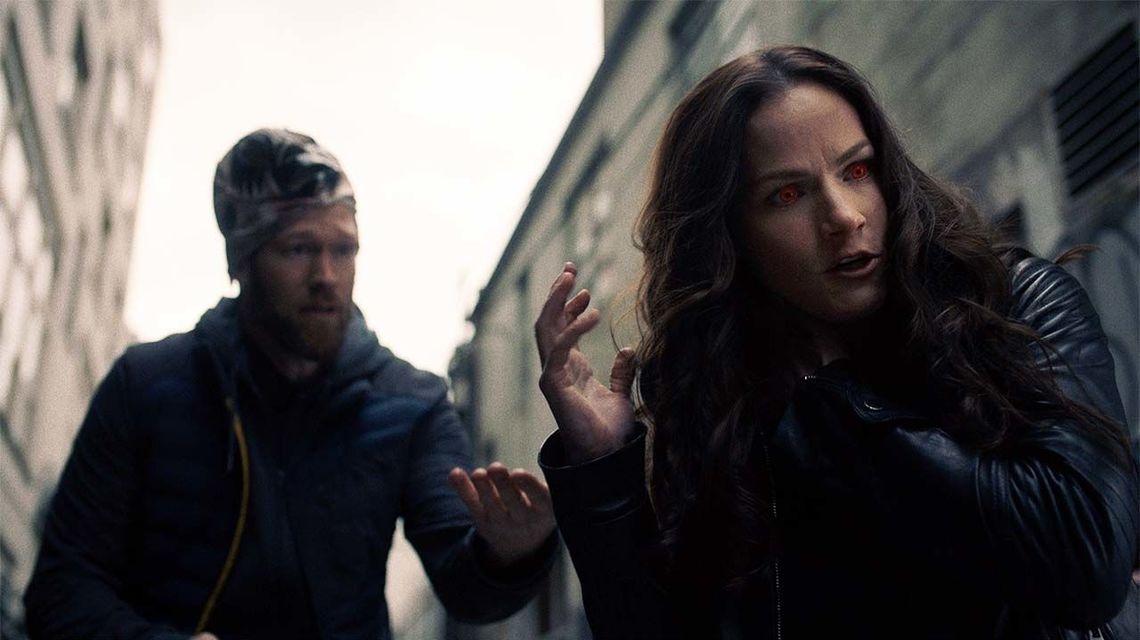 Speaking of Scarlett (Missy Peregrym), the Van Helsing sister has been a fabulous addition to the cast. She just adds a vibrant dynamic to the group. We had seen that when she picked up the reins of the show while Kelly Overton as Vanessa took some time off last season, and we saw it again this episode as she helped the team from their predicament. 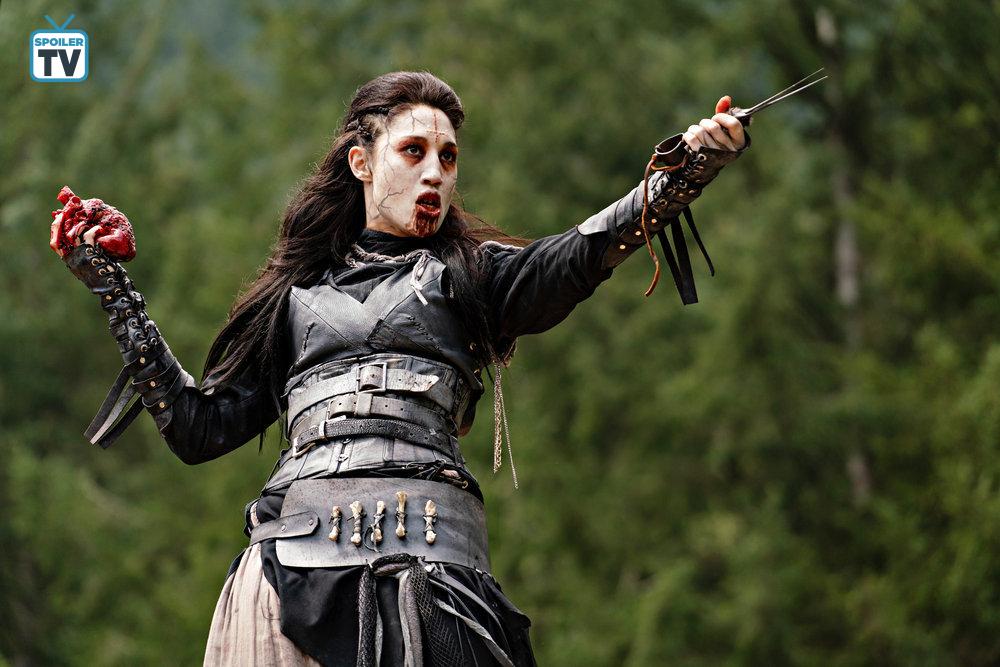 Another strong secondary character is Flesh, and I am happy to see that he is not dead! He adds a certain level headedness and a grounded personality to the team. Flesh’ anguish at finding out Lucky died was an emotional moment and it will be interesting to see how his character evolves from this tragedy. Elsewhere, Vanessa continues to be a women of rage, using that anger to run downstairs to kill her fake mother and retrieve the book, running back up to read the book, and then running back down again to confront the intruders who happen to be Scarlett and crew. When the rest of the team arrive there were no sentimental hugs or greetings, Vanessa is all business and it helped to move along the episode at a breakneck speed. 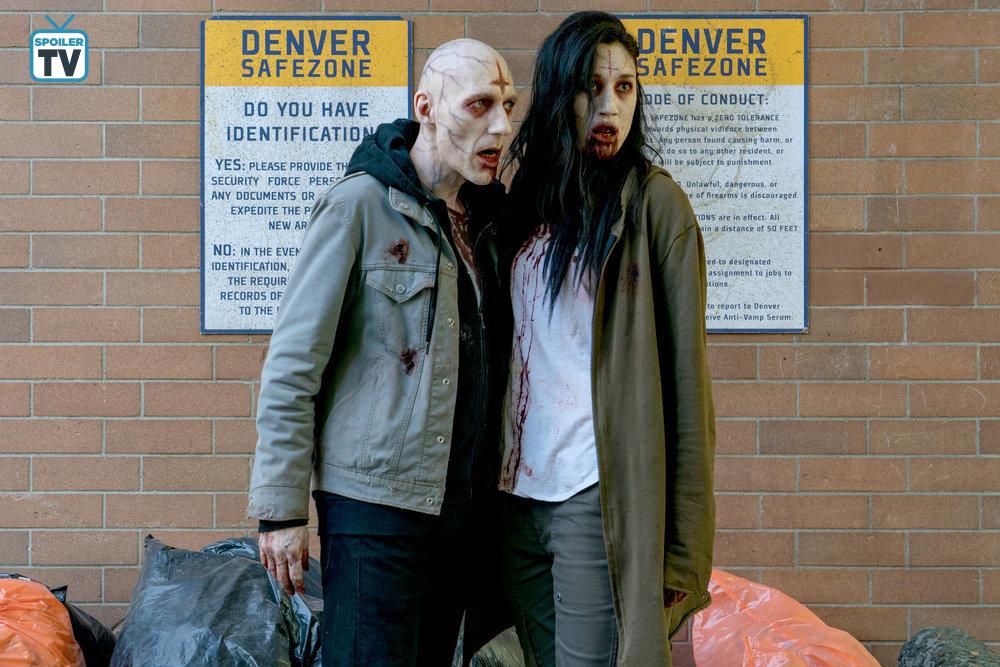 I’m glad they did not waste time bringing everyone together (but then sadly separated again). Another main reason why this show has felt like an immense improvement is how we are beginning to care for these characters, not just individually but as a family. Julian expressing his disappointment of having to separate from everyone with Doc, claiming how well they work together, drove that point home. And the end scene where Vanessa says, “let’s kill some vamps,” while they all walked down the hallway towards the camera was the perfect way to end the premiere of the reinvigorated Van Helsing. This show gets better and better and season 3 from start to finish has been amazing and with the season now over with it’s nice to know Van Helsing will return for a fourth season.