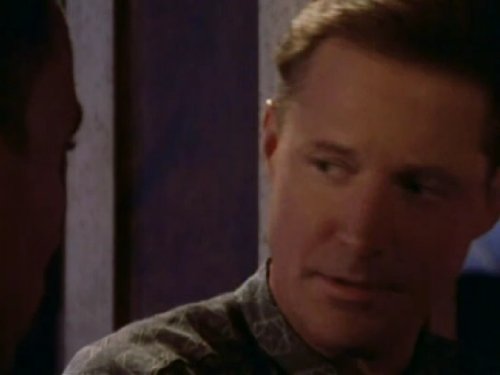 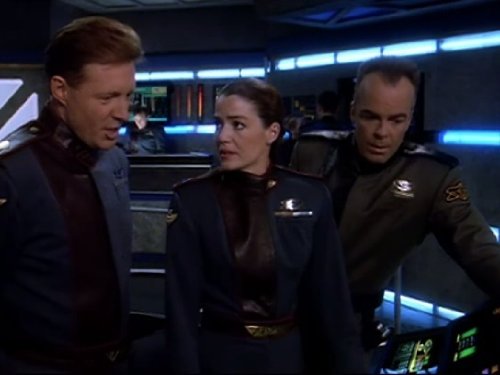 “It was the dawn of the Third Age of Mankind… the year the great war came upon us all.” This evocative phrase, in the new opening credits voiceover for the second season of Babylon 5, captures the anticipation, suspense, and drama that are waiting for us as we embark upon a season appropriately, and ominously, named “The Coming of Shadows.” 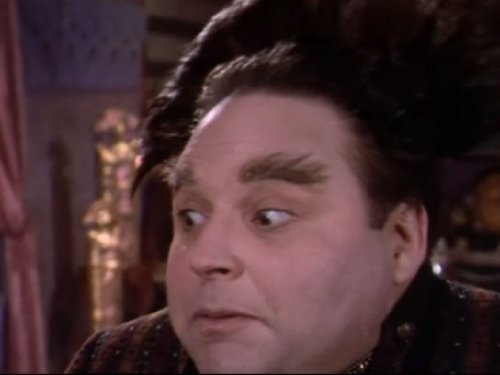 As I commented in my review of Season 1, what makes Babylon 5 really stand out is its storytelling. Creator and main writer J. Michael Straczynski is telling one story, planned from the beginning to develop over the course of five years; within that larger story are interconnecting story arcs that span several seasons. As a result, Babylon 5 has the richness, depth, power, and complexity of a great novel; it’s not like anything else on television. 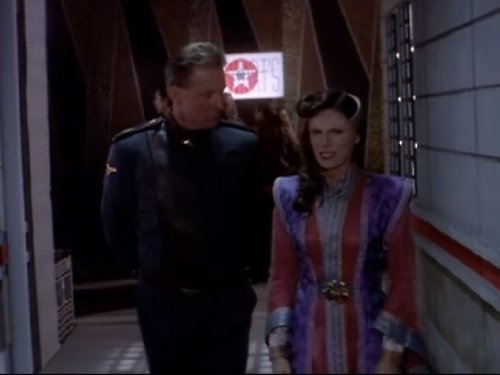 If you’re used to “reset button” style television shows in which everything must return to the status quo at the end of the episode – for instance, however much I love Star Trek, that series is a prime example – then Babylon 5 offers quite a shock in this respect, especially now that the plot is really developing in Season 2. Each episode is a piece of the larger story, and it moves that larger story along; the events in an episode matter in the larger sense. That means that in any given episode, major events can happen: events that will shape the course of the season, or dramatically affect a character, or shed new light on any number of mysteries. 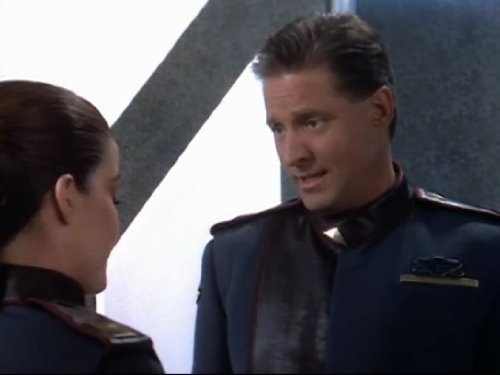 From the large-scale plot to the pacing of the individual episodes, Babylon 5 is an extremely well-conceived and well-written show. What’s more, it’s an intelligent and challenging one. Viewers are richly rewarded for paying attention and thinking about what’s going on: what happened last week, or last season, may very well turn out to be of utmost importance as the plot develops. Season 2 starts out with an excellent reminder of this, when the events of a first-season episode turn out to be crucial in Dr. Franklin’s attempt to save Garibaldi’s life. 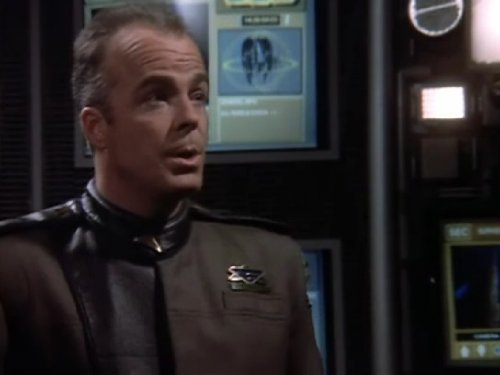 While Season 1 set the stage, introduced the players, and got a few seemingly small events rolling, it’s now, in Season 2, that things really get explosive. Season 2 jumps into a tangled weave of plot threads from the very beginning, clearly showing that we’re in for quite a ride. Since Babylon 5 is so intensely plot-driven, I’m taking pains here to avoid spoilers. If you are watching the show for the first time, you absolutely, positively do not want to have any of the fantastic plot developments spoiled for you… and if you’re watching it for a second (or third, or fourth…) time, then a few hints will be enough to whet your appetite for seeing the episodes again. 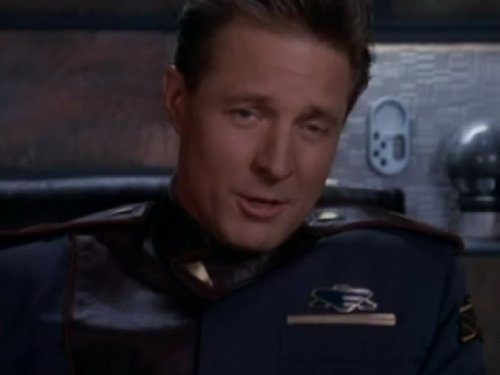 Commander Sinclair has been mysteriously removed from his command of Babylon 5, and sent to Minbar as an ambassador; indeed, strange things are afoot with the Minbari, as Ambassador Delenn embarks on a perilous transformation in accordance with prophecy, and the Minbari reveal something that they have previously kept hidden from the humans… though they aren’t telling the whole story. A new commander, Captain Sheridan (Bruce Boxleitner) takes command, but with a past that’s shadowed by personal grief as well as by his infamy among the Minbari, who call him “Star-Killer.” Is he a pawn in some larger political game? Will he be able to continue Babylon 5’s mission? 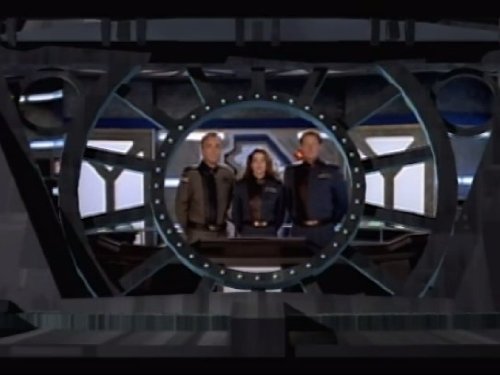 Then there’s the issue of Earth President Santiago’s death, which may have been foul play at the hands of a conspiracy… but just how deep does that conspiracy go, and who can the Babylon 5 crew really trust? The Centauri ambassador Londo Mollari is on the ascendance after the destruction of the Narn colony in Season 1… but it seems that Londo’s relationship with the mysterious Mr. Morden is far from finished. In fact, the events of Season 1 have only served to increase the tension in the bitter rivalry between the Narn and Centauri empires. We also get developing threads about the Psi Corps and the Mars colony tied in, with the return of the Psi Cop Bester (Walter Koenig) as well as the telepath Lyta Alexander. And in the background, we learn of the appearance of strange ships, ships that G’Kar has a theory about… 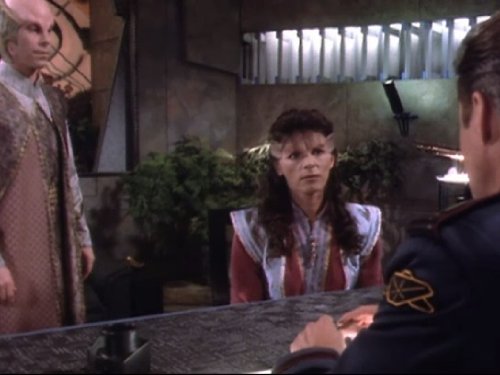 I haven’t mentioned any specific episode titles so far, in part because the story threads are so interwoven that it’s difficult to pick out individual episodes to discuss and in part because it’s hard to talk about specific episodes without spoilers. Season 2 has 22 episodes, and they’re all good ones; even the more “ordinary” episodes are very entertaining stories in their own right, and serve to lay the groundwork for later high-tension episodes, both in terms of plot developments and in terms of pacing and theme. I’ll point out a few highlights, and leave you to find out exactly why they’re so important. 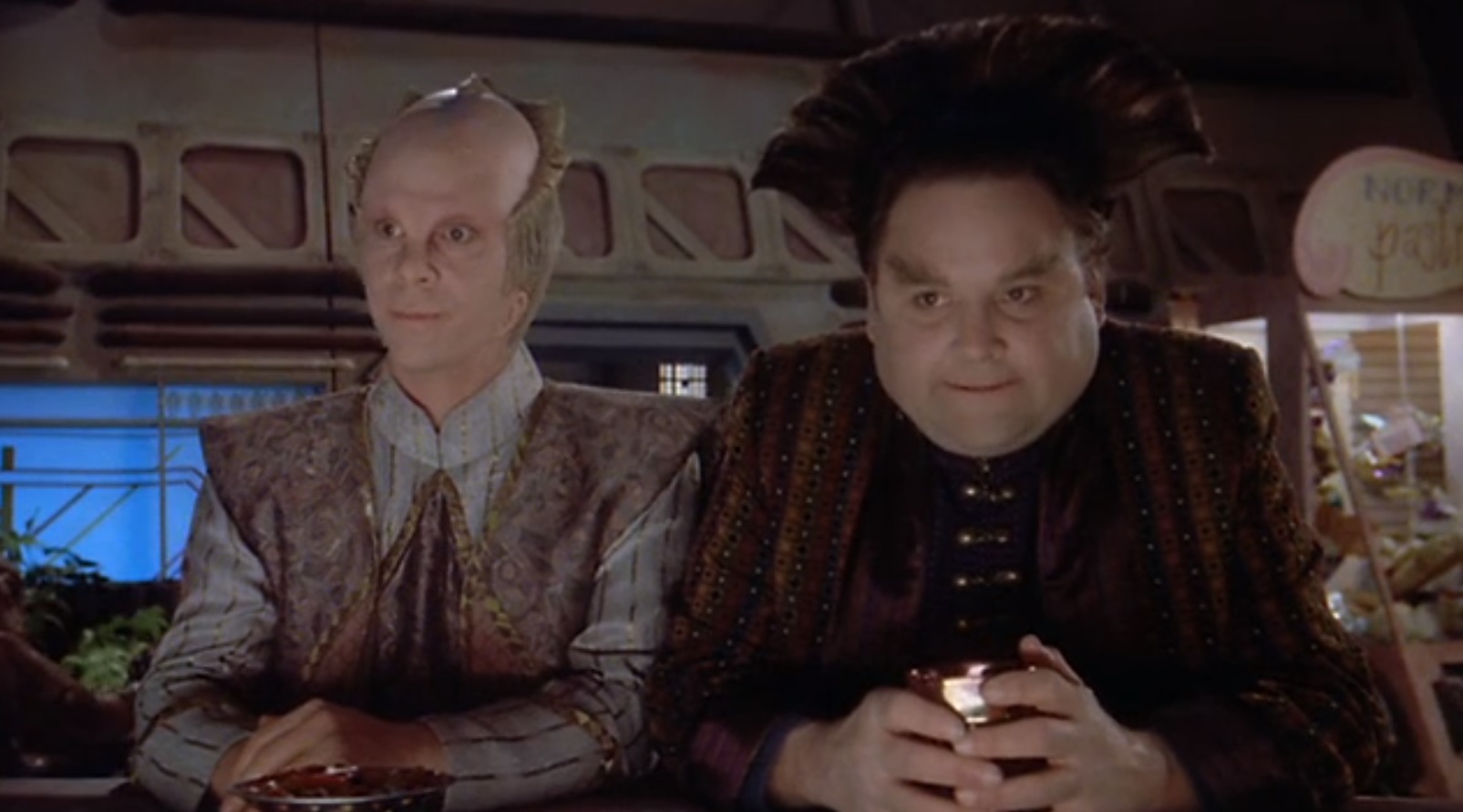 “The Coming of Shadows” should tell you from its title alone that it’s a momentous episode… and trust me, it is. “All Alone in the Night” likewise moves forward into deeply dramatic territory, involving Sheridan as well as Delenn. Then there’s “In the Shadow of Z’ha’dum”… let’s just say that you’ll be seeing more of Mr. Morden. “A Spider in the Web” and “A Race Through Dark Places” showcase interesting developments among the Psi Corps. “The Long, Twilight Struggle” brings certain events of the Narn-Centauri struggle to a head. And “The Fall of Night” will have you biting your nails for Season 3. 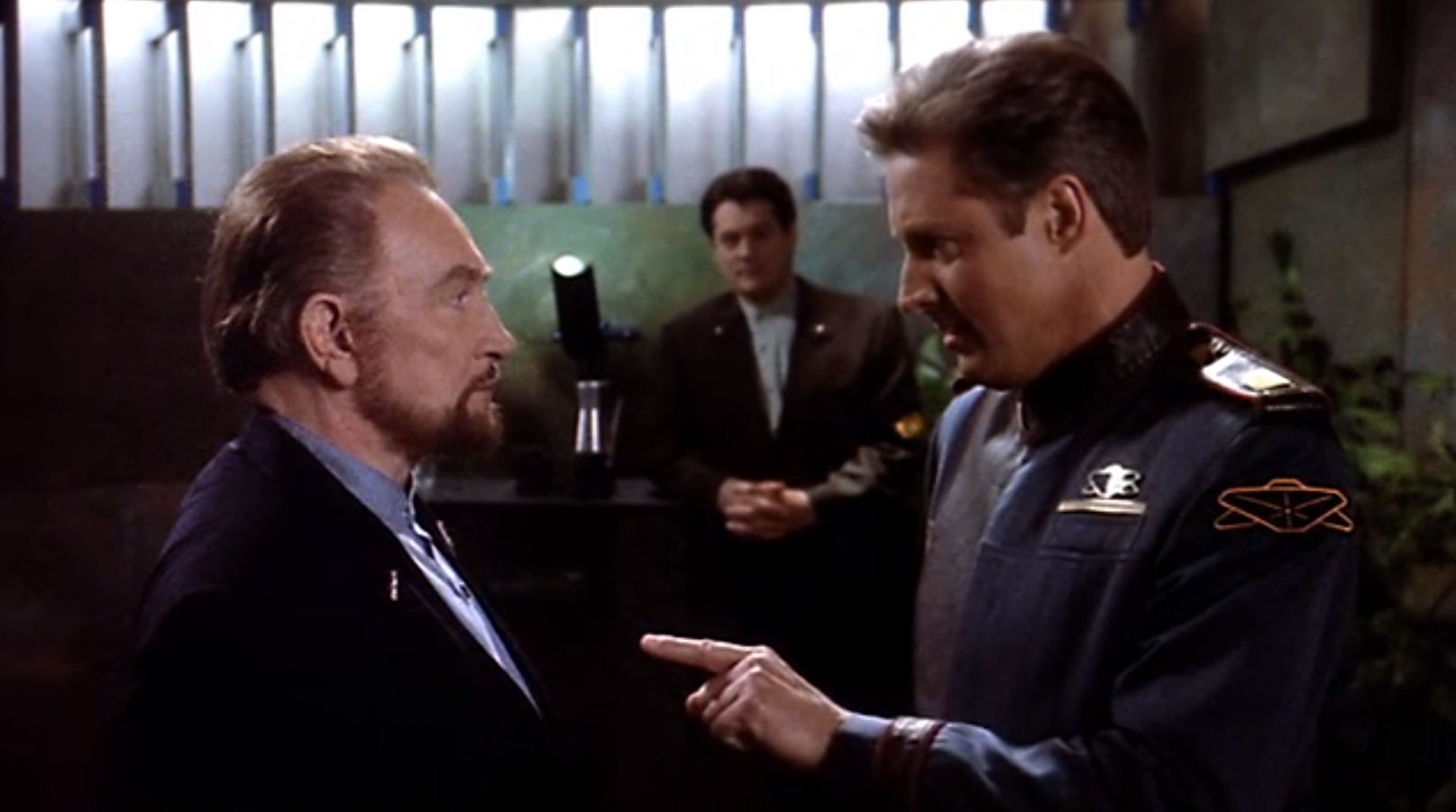 Reuben Feffer (Ben Stiller), an insurance actuary, is celebrating his honeymoon with newlywed wife, Lisa Kramer (Debra Messing), on the island of St. Barts, but catches her having sex with Claude (Hank Azaria), a French scuba instructor. Returning home to New York alone, he attempts to piece his life back together. Reuben goes to an art gallery with his friend, Sandy Lyle (Philip Seymour Hoffman), where he runs into former junior high school classmate Polly Prince (Jennifer Aniston).

Reuben and Polly begin dating, with her introducing him to activities he once wrote off as “too risky”, such as eating at a Moroccan restaurant and salsa dancing, which culminates with the pair enthusiastically sleeping together, with Reuben shouting “50” as he orgasms. The contrast between their two personalities is a source of comedy throughout the film until Lisa returns and tells him she wants to reconcile their relationship. Meanwhile, Sandy, a self-centered, former teen idol, is trying to make a comeback by having a documentary filmed about his starring role as Judas in an amateur production of Jesus Christ Superstar. Reuben is torn between the free-spirited Polly and the safe and familiar Lisa. To solve this issue, he enters information about Polly and Lisa into a computer insurance program which measures risk. The computer tells him that, despite his numerous blunders with her, Polly is the best choice for him. Polly joins Reuben on a sailing trip he is going on, to inspect Leland Van Lew (Bryan Brown), a high-risk client, but gets offended when she sees his risk analysis of herself and rejects his proposal to move in together, telling him that he would be better off going back to Lisa.

Back home, Reuben tries talking to Polly, but to no avail. He eventually invites Lisa to Sandy’s opening show, where he learns that Polly is leaving New York for Cincinnati in a few hours. After a speech given by his father, Irving (Bob Dishy), to Sandy about not living in the past, Reuben realizes he wants to be with Polly and not Lisa, and he rushes to her apartment to stop her from leaving. Polly is not convinced she should stay with him, so Reuben eats food off the ground to prove he is capable of taking risks.  Reuben and Polly go on holiday to the same beach where Lisa and he had their honeymoon. Reuben again encounters Claude, but instead of being angry, he thanks Claude, and then heads into the water with Polly to join Van Lew on his new boat.

Along Came Polly was an entertaining film, but just wasn’t an amazing one. Ben Stiller has made some good films in the past. However I thought that the plot was a little weak. I think Ben Stiller’s character should have played out to a larger extent, the fact that he analysed every situation no matter how trivial. I really did not see much point in the ferret! And the romance which was the main feature of the film did not really bowl you over either. The film itself was actually very short aswell. Overall it is a film worth seeing but not one you will particulary want to see again or one you will particularly remember