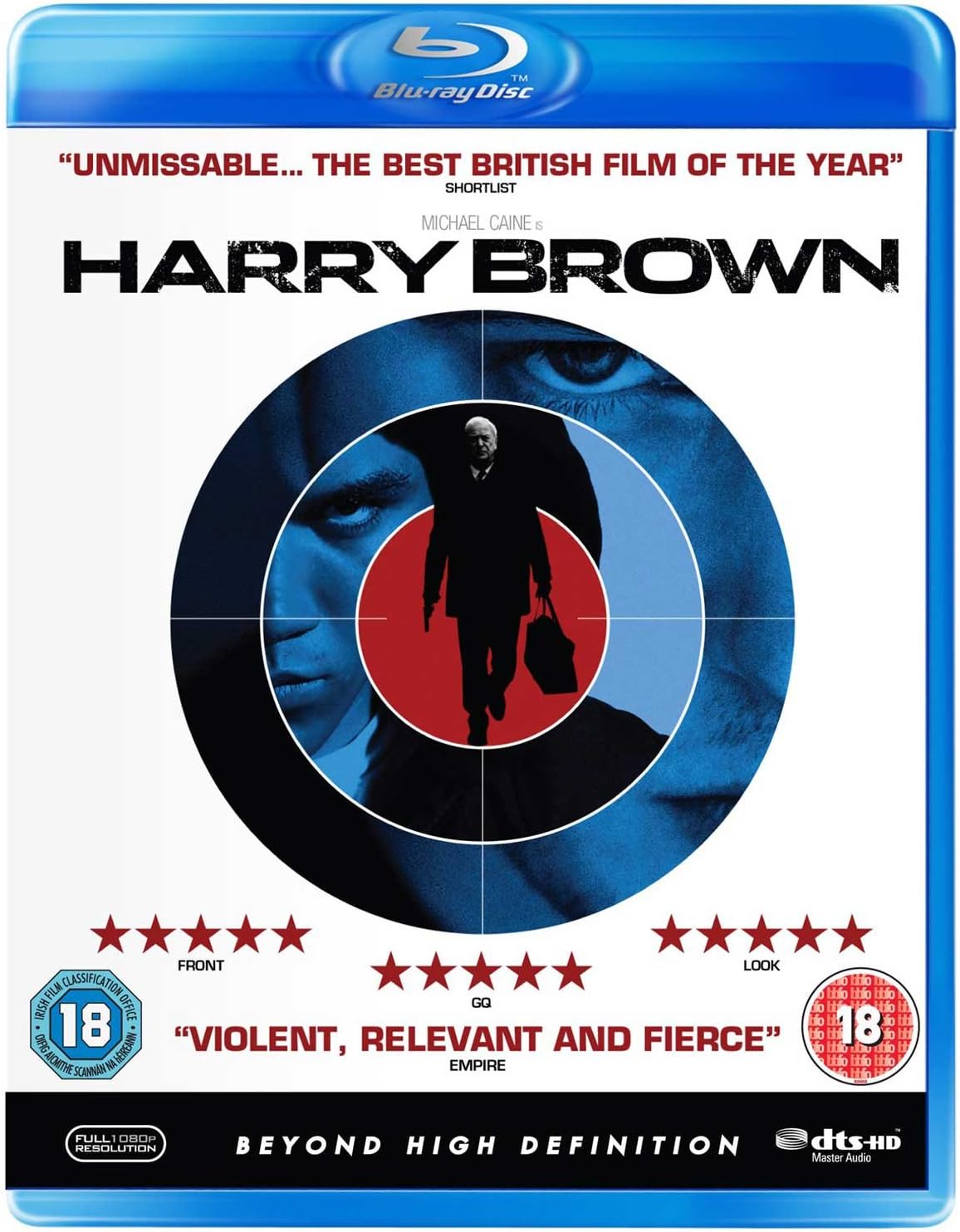 Harry Brown is an elderly pensioner who is a decorated Royal Marine, and a veteran of Northern Ireland. He lives on a London council estate ruled by violent gangs and spends most of his time playing chess with his friend, Len Attwell, at a local pub owned by Sid Rourke. When the hospital phones to tell him that his wife, Kath, is dying, Harry is too late to see her because he is scared to take a shortcut through a pedestrian underpass, where a gang holds court. His wife is laid to rest next to the grave of their thirteen-year-old daughter, Rachel, who died in 1973.Len confides to Harry that he is being terrorized by youths and shows him an old bayonet he now carries to defend himself; with the police unable to help, he plans to confront his harassers himself. The next day, Harry is visited by Detective Inspector Alice Frampton and Detective Sergeant Terry Hicock, who tell him that Len has been murdered. The police arrest Noel Winters, the leader of a drug-dealing gang, along with members Carl, Dean and Marky, but they are released due to lack of evidence. Harry gets drunk after Len’s funeral, and is then held at knife-point by Dean, who intends to rob him; Harry kills Dean with his own knife during a brief struggle. Frampton visits Harry in the morning to inform him that because Len was killed with his own bayonet, any charges could be reduced to manslaughter on the basis of self-defence, which infuriates Harry.Harry follows a drug dealer, Kenny, to a den where he negotiates to buy a pistol. Inside, Harry finds Kenny and his associate, Stretch, growing cannabis and sexually abusing an overdosing girl to make pornographic films. Harry kills the dealers before burning down their den, fleeing with the girl and a bag of firearms. He leaves the girl outside a hospital, and then follows Marky, killing a drug dealer who is sexually abusing him. He then tortures Marky into revealing some mobile phone camera footage of Len’s murder, proving the gang did not kill Len in self-defence. Harry uses Marky to bait Noel and Carl into a gunfight in the underpass; Carl and Marky are killed, and Noel flees with Harry in pursuit, only for Harry to collapse from an emphysema attack. Harry is found and taken to hospital.Frampton has deduced that Harry is behind all the recent shootings, but her boss—Superintendent Childs—is instead convinced that they are all part of an escalating gang war. Childs orders a major police operation on the estate, which results in a riot. Harry discharges himself from the hospital to pursue Noel. Driving onto the estate to stop him, Frampton and Hicock are involved in a car crash in which Hicock is severely injured. Harry rescues them and takes them to Sid’s pub, where Frampton warns Harry that Sid is actually Noel’s uncle. Harry discovers that Sid has been hiding Noel, but his guard drops due to his emphysema, allowing Sid to disarm him and reveal himself to be the gang’s real leader. Frampton tries to call for backup but is stopped by Noel, who begins to strangle her after Sid suffocates Hicock to death. Though weakened, Harry draws a concealed revolver and kills Noel; Sid prepares to kill Harry in retaliation only to be shot dead by police snipers, who have responded to Frampton’s call.At a press conference after the riot, Superintendent Childs announces that Frampton and Hicock are to be given awards (the latter posthumously), but stresses there is no evidence a vigilante was involved in the case. The film ends with Harry—seemingly recovered—walking towards the underpass, which is now quiet and gang-free. 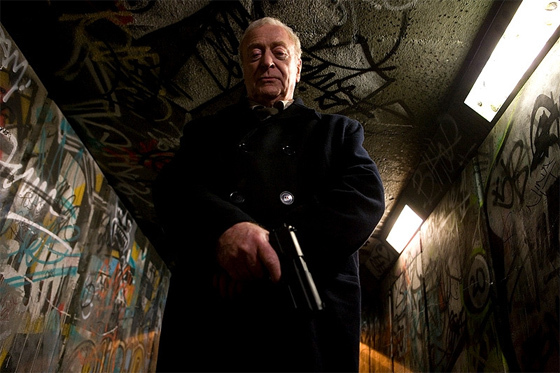 Harry Brown is not a pleasant film to watch, but it is certainly an experience which will pull on every one of your your emotions and is impossible to ignore. 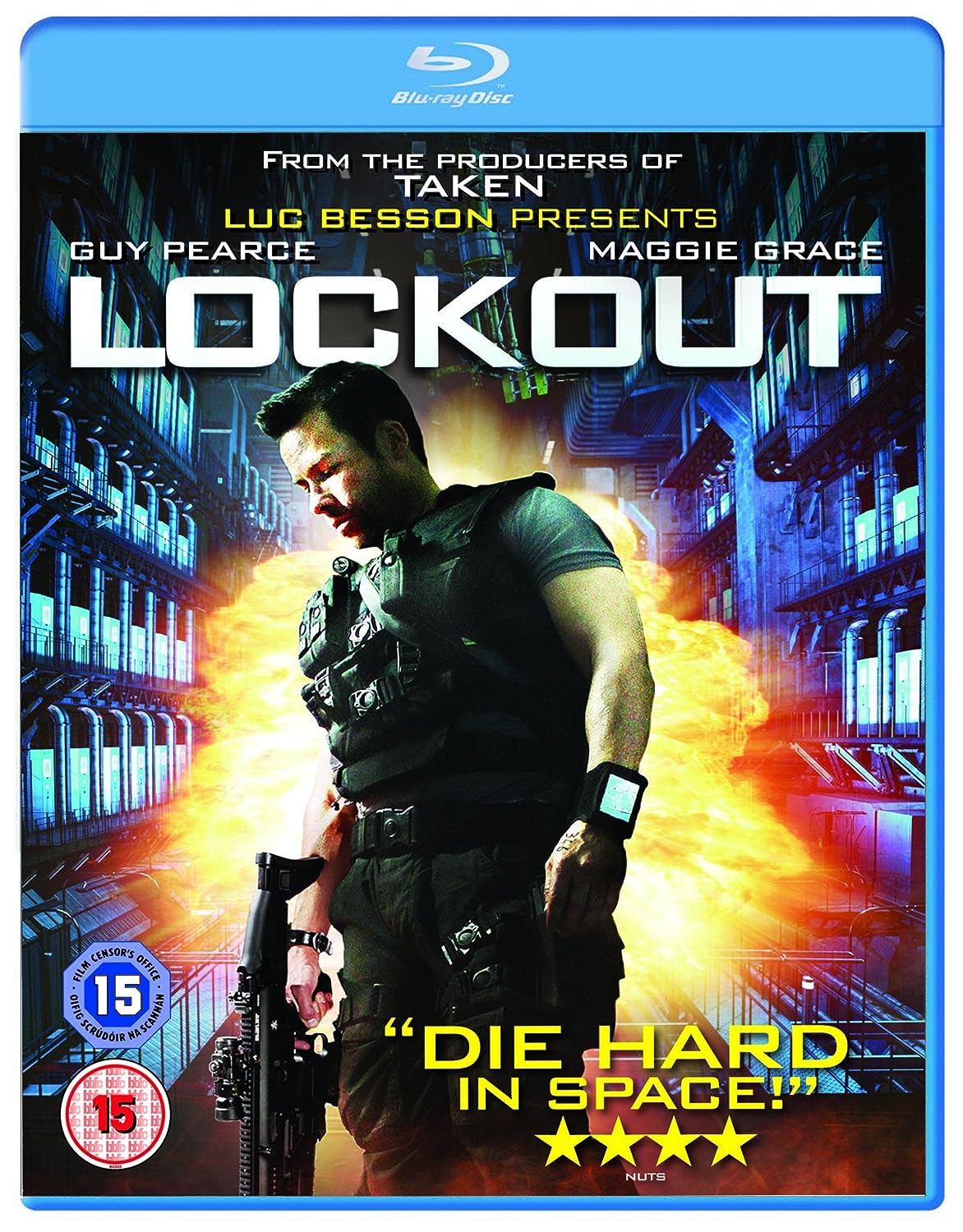 In 2079, CIA agent Snow is arrested for murdering undercover agent Frank Armstrong, who had uncovered evidence of another agent selling secrets about the space program. Secret Service director Scott Langral, on advice from the President, has Snow convicted of murder and espionage. Snow is sentenced to thirty years on the maximum security space penitentiary MS One, where prisoners are kept in stasis for the length of their sentence. Snow’s friend and fellow agent Harry Shaw tries to locate Snow’s contact Mace, who knows where Frank’s briefcase containing the stolen secrets is hidden.

Meanwhile, the President’s daughter Emilie arrives on MS One to investigate claims that keeping prisoners in stasis can cause them to develop mental instability. The warden allows her to interview Hydell, a deranged prisoner. He manages to escape and releases all of the prisoners, starting a riot led by his brother Alex. Emilie is shot, and is captured along with others. Shaw convinces Langral and the President to send Snow to rescue Emilie, rather than risk her life in a siege. Snow is initially reluctant to go, but agrees after Shaw tells him that Mace is on MS One and could help Snow prove his innocence. Langral initially attempts to trick Alex into releasing Emilie, but it goes bad and Snow is forced to infiltrate MS One. Alex realizes that Emilie is the President’s daughter and secures her, but she escapes with her bodyguard Hock and they hide in a secure room. A problem with the oxygen supply brings Hock to sacrifice his life by suicide in order to stop himself from using up oxygen so as to buy Emilie more time.

Snow breaks into the secure room and rescues Emilie. Snow changes Emilie’s hair to conceal her gender, allowing them to walk through the prison population without being noticed. They find Mace, but the stasis has given him dementia and made him incoherent. Snow and Emilie bring Mace with them and attempt to reach the escape pod. With no one at the helm, the prison falls out of orbit and crashes into the International Space Station. The collision causes a hull breach, killing Mace. Snow brings Emilie to the escape pod, but discovers it has only one seat. Realizing that he has been sent there to die, he sends Emilie on her way, but she allows the pod to launch without her because she believes the remaining hostages will be killed. Hydell contacts Emilie and threatens the hostages unless she reveals her location; after she does, however, he kills them anyway.

Snow and Emilie discover evidence that the prisoners were being illegally used as test subjects. Alex finds and captures Emilie; he also shoots Snow, leaving him for dead. Alex learns that Hydell has killed all of the hostages; he contacts the President, threatening to let Hydell and the prisoners rape Emilie if they are not released. The President refuses to allow a siege and risk Emilie, causing Langral to temporarily relieve him of his command. Langral orders the destruction of MS One. Hydell tries to rape Emilie as promised, but is stopped by Alex. Hydell and Alex fight, resulting in Alex’s death. Hydell then tries to stab Emilie, but Snow arrives and knocks him out. Snow and Emilie flee from Hydell and the remaining prisoners. Meanwhile, Langral’s men plant a bomb on the prison. Snow and Emilie use space suits and jump from MS One as it detonates. Using their suits, Snow and Emilie re-enter Earth’s atmosphere and land safely in New York City, where Snow is arrested.

Emilie later realizes that Mace’s incoherent rambling was actually a code revealing the location of Frank’s briefcase. Snow gives the briefcase to Shaw, who unlocks it but is shocked to find it empty. Snow notes that he had not given Shaw the unlocking code, and Shaw is revealed to be the mole and arrested. Snow is released and his possessions returned, including a lighter given to him by Frank before his death. Examining the lighter, Snow finds a memory card containing the real secret information hidden inside. Emilie meets Snow and teases him after discovering his first name is Marion; the pair walk away together.

Amazing sci-fi action movie with a retro feel!! The story is sweet and simple and probably predictable but that matters not as you will have so much fun with this movie