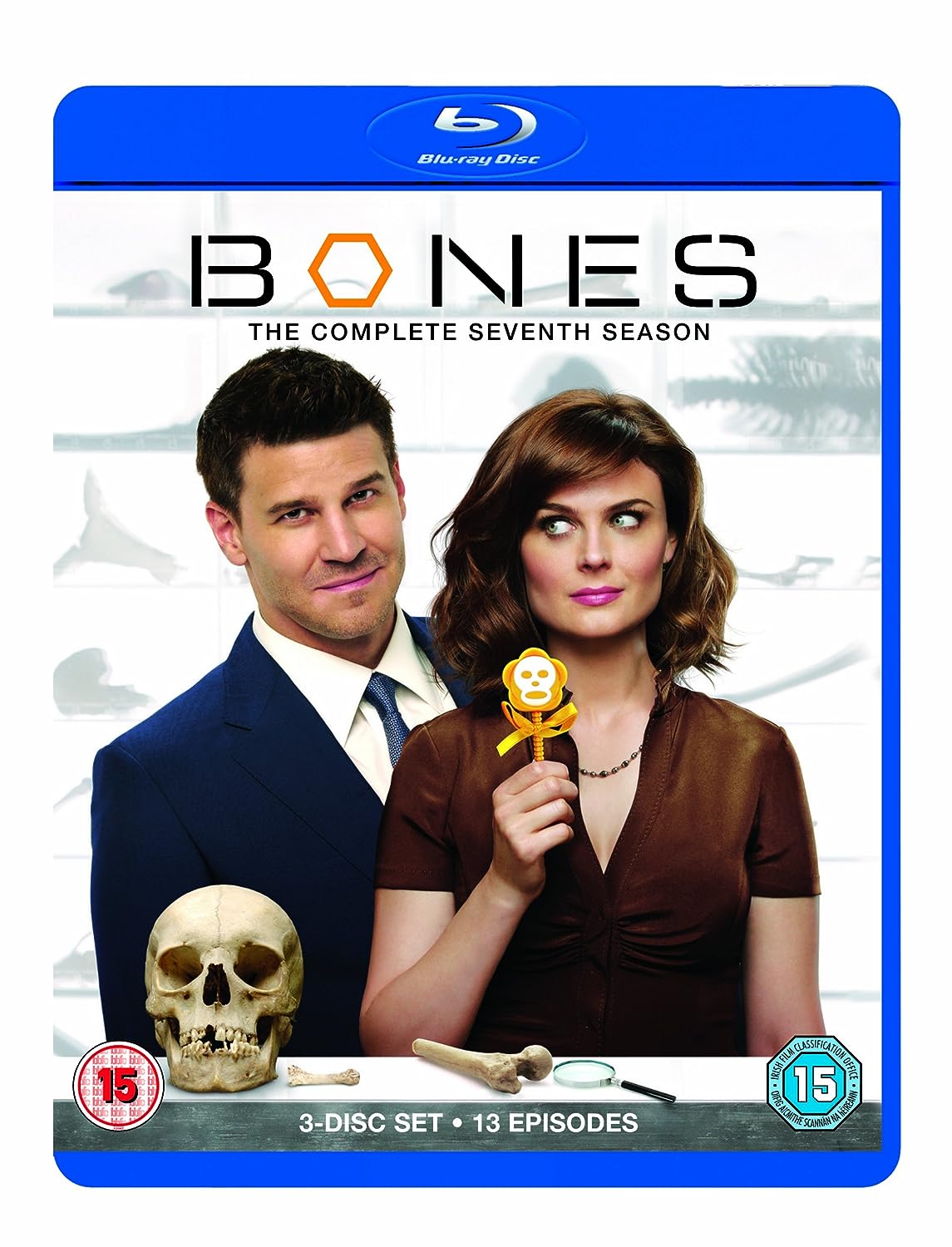 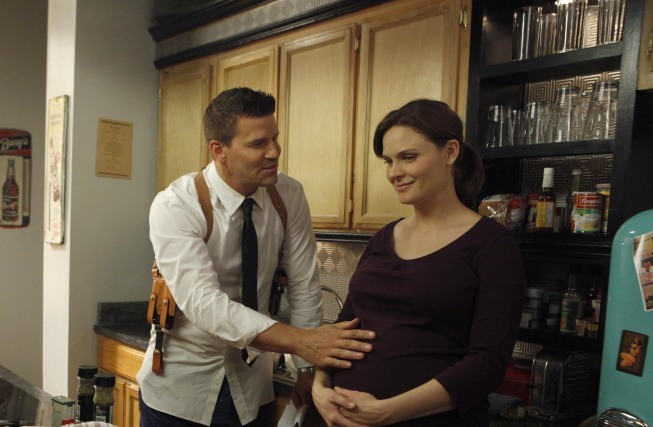 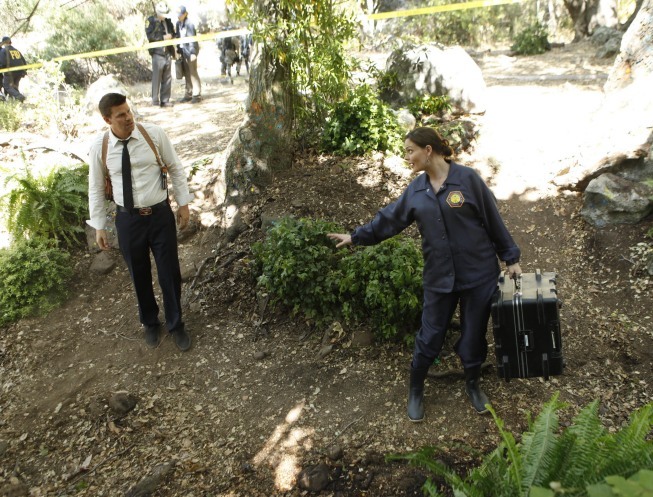 This refreshingly different season of Bones is gearing up to be one of the series’ best! It is just the reinvigoration the show needed! Life has changed at the Jeffersonian since we last saw our favorite crime-solvers. After last season’s pregnancy bombshell of an ender, we pick up with forensic anthropologist Dr. Temperance Brennan entering her third trimester, hormones all over the place as she bumbles in that adorable way that only Brennan can into the frightening role of motherhood. As always, her partner FBI Agent Seeley Booth is there by her side, more loving and more happy than we’ve ever seen him. 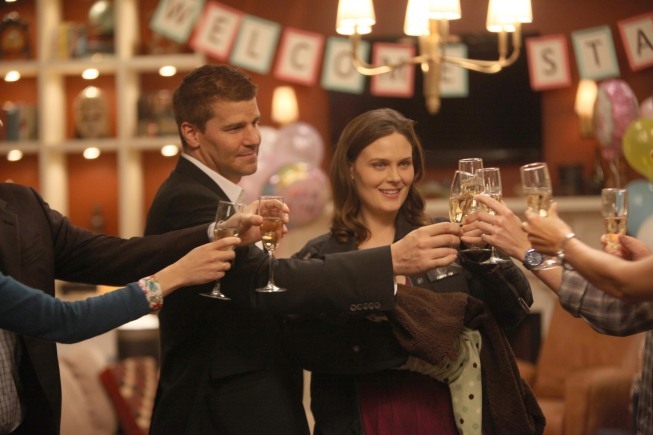 I think David Boreanaz and Emily Deschanel slipped into this new relationship quite easily. What’s great is that not a lot has changed, and yet, everythinghas. They live together, they’re planning on buying a house, they kiss and cuddle on the couch and Booth croons to Brennan’s belly in the cutest baby voice you will ever hear… and yet, they’re still “Booth and Bones”. They still solve murders. They still bicker good-naturedly over everything under the sun. 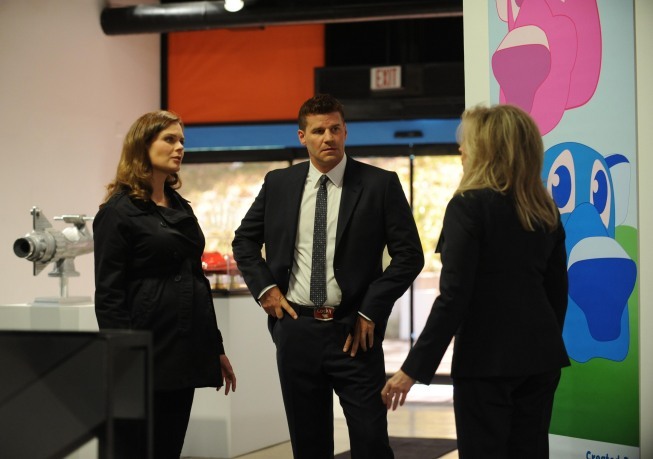 They banter. They get overprotective. They make mistakes- and own up to them after. They’re like any new couple expecting a child. But are they normal? Far from it, because at its core, Bones is still the same show: a journey of love between two very different people… one a woman who views the world through utmost rationalism and who is still learning how to open her heart; the other a man who relies on instincts and gut feeling to do his job, and who lets faith and emotion drive his personal life. Both coming from traumatic pasts and both craving a new beginning. 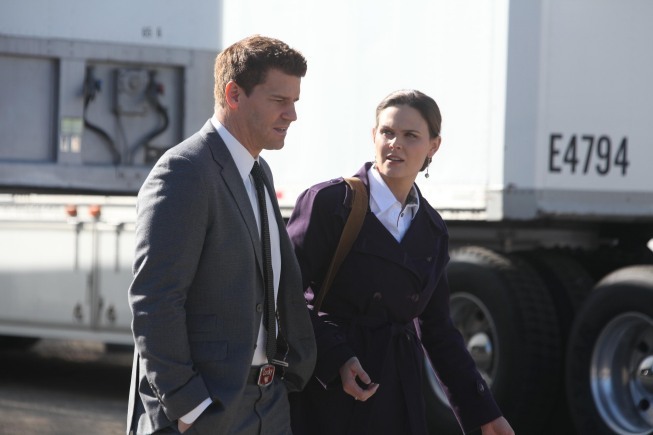 That, and the other characters are still as charming and as “comedic gold” as ever. Hodgins and Angela’s baby situation juxtaposes nicely with Booth and Brennan’s, Cam struggles with keeping the workplace professional, there’s a new intern, a new recurring villain, and other familiar faces return.