In 1887, Edith Cushing (Mia Wasikowska), the young daughter of wealthy American businessman Carter Cushing (Jim Beaver), is visited by her mother’s ghost who warns her, “beware of Crimson Peak.”
Fourteen years later, Edith is now a budding author who prefers penning ghost stories to writing the romance novels that her editor wants. She meets Sir Thomas Sharpe (Tom Hiddleston), an English baronet who has come to the United States seeking investors, including Edith’s father, for his clay-mining invention. Disdaining privileged aristocracy and unimpressed with Sharpe’s prototype and previous failures to raise capital, Cushing rejects Thomas’s proposal. Edith notices that Thomas and his sister, Lucille (Jessica Chastain), wear expensive but outdated and somewhat-frayed fashions. Shortly after, Edith once again is visited by her mother’s spirit bearing the same warning. Sir Thomas is determined to persuade Mr. Cushing to change his mind. However, when he and Edith become romantically attached, Cushing and Edith’s childhood friend, Dr. Alan McMichael (Charlie Hunnam), disapprove. Mr. Cushing hires a private detective who uncovers unsavory facts about the Sharpes. Mr. Cushing confronts the siblings and bribes them into returning to England. As Cushing insisted he do, Sir Thomas abruptly and cruelly ends his and Edith’s relationship, but the next morning, he sends her a note explaining his actions. Not long after, Mr. Cushing is brutally murdered, though his death is ruled accidental. Edith and Sir Thomas eventually marry and return to England. They arrive at Allerdale Hall, the Sharpes’ dilapidated mansion, which sits atop a red clay mine. As Edith settles in, she finds that Lucille acts somewhat cold toward her while Sir Thomas remains physically distant. Edith is left confused and uncertain by their behavior.
Gruesome ghosts begin appearing to Edith throughout the mansion. To help calm Edith, Sir Thomas takes her into town. After being snowed in for the night, they finally consummate their marriage. Lucille angrily lashes out when they return the next morning, frightening Edith. By the time Sir Thomas mentions that the estate is also referred to as “Crimson Peak,” due to the warm red clay seeping up through the snow, Edith is growing increasingly weaker and coughing up blood.
Edith explores the mansion and begins piecing clues together, discovering that Sir Thomas previously married three wealthy women who were fatally poisoned for their inheritances. She realizes she, too, is being poisoned. She also discovers the siblings have had a long-term incestuous relationship, resulting in a sickly infant that died. Lucille murdered their mother after she had discovered her children’s incest. Sir Thomas inherited the family manor that, like many aristocratic estates of the era, is no longer profitable; the Sharpes are virtually penniless. The brother and sister began the “marriage and murder” scheme to support themselves and to fund Thomas’s inventions.

Back in the United States, the detective that Mr. Cushing had hired tells Alan what he uncovered about the Sharpes, including Thomas’s multiple marriages and Lucille’s time in a mental institution. Realizing Edith is in danger, Alan arrives at Allerdale Hall to rescue her. Lucille stabs him in the left armpit, then demands that Sir Thomas finish him off. Sir Thomas, who has fallen in love with Edith and does not want her harmed, inflicts a second, non-fatal stab wound to Alan before hiding him in the cellar. Lucille forces Edith to sign a transfer deed granting the Sharpes ownership of the Cushing estate and also confesses to her that she was the one who murdered Edith’s father. After Edith signs the deed, she stabs Lucille in the chest with a pen and tries to flee. Sir Thomas burns the deed and promises to protect Edith so that she and Alan can escape. Lucille, jealous over Sir Thomas falling in love with Edith, murders him in a rage. She then pursues Edith. Aided by Sir Thomas’ ghost, Edith kills Lucille with a shovel. Sir Thomas bids Edith a silent farewell as his spirit departs. Edith and Alan are rescued, and Lucille’s ghost now haunts Allerdale. The end credits imply that Edith has written a novel titled Crimson Peak based on her experiences.This is an intensely visual film that held my attention for all two hours. The performances are very good, but the hero is the production design. ‘Crimson Peak’ is unashamedly set-driven and there are times when the actors start to disappear in amongst their vast surroundings. This is a terrific horror film that gets very close to sheer. It is also an intelligent film that is awash with symbols, metaphors and allegories. 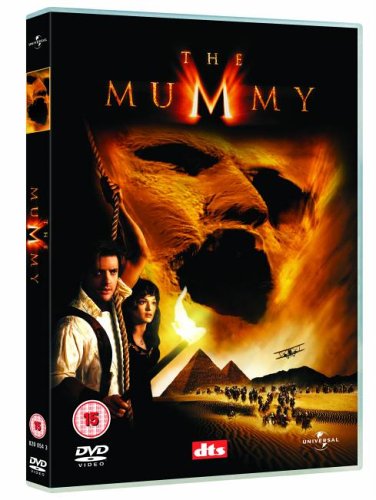 In Thebes, Egypt, 1290 BC, high priest Imhotep has a love affair with Anck-su-Namun, the mistress of Pharaoh Seti I. When the Pharaoh discovers the affair, Imhotep and Anck-su-Namun assassinate him. Imhotep flees, while Anck-su-Namun kills herself, intending for Imhotep to resurrect her. Imhotep and his priests steal her corpse and travel to Hamunaptra, the city of the dead, but the resurrection ritual is stopped by Seti’s bodyguards, the Medjai. Imhotep’s priests are all mummified alive, while Imhotep himself is sentenced to suffer the Hom Dai, the worst of Egyptian curses, buried alive with flesh-eating scarab beetles. Imhotep is sealed away in a sarcophagus at the feet of a statue of the Egyptian god Anubis and kept under strict surveillance by the Medjai to prevent Imhotep’s return.In 1926, Jonathan Carnahan presents his sister Evelyn, a Cairo librarian and aspiring Egyptologist, with an intricate box and map, which leads to Hamunaptra. Jonathan reveals he stole the box from an American adventurer, Rick O’Connell, who discovered the city while in the French Foreign Legion. Rick makes a deal with Evelyn to lead them there if they release him from prison.Rick leads Evelyn and her party to the city, where the group encounters a band of American treasure hunters guided by Rick’s cowardly colleague Beni Gabor. The expeditions are attacked by the Medjai, led by the warrior Ardeth Bay. Against Ardeth’s advice to leave the city, the two expeditions continue to excavate. Evelyn searches for the famous Book of the Living, a book made of pure gold. Instead of finding the book, she, Rick, and Jonathan stumble upon the statue of Anubis and the remains of Imhotep buried underneath. The team of Americans, meanwhile, discover the black Book of the Dead, accompanied by canopic jars carrying Anck-su-Namun’s preserved organs.At night, Evelyn takes the Book of the Dead and reads a page aloud, accidentally awakening Imhotep. The expeditions return to Cairo, but Imhotep follows them with the help of Beni. Imhotep returns to full strength by killing the Americans one by one, and brings the ten plagues back to Egypt. Seeking a way to stop Imhotep, Rick, Evelyn and Jonathan meet Ardeth at a museum. Ardeth hypothesizes that Imhotep wants to resurrect Anck-su-Namun again and plans to do so by sacrificing Evelyn. Evelyn believes that if the Book of the Dead brought Imhotep back to life, the Book of the Living can kill him again, and deduces the book’s whereabouts. Imhotep corners the group with an army of slaves. Evelyn agrees to accompany Imhotep if he spares the rest of the  group. Imhotep, Evelyn, and Beni return to Hamunaptra, pursued by Rick, Jonathan, and Ardeth. Imhotep prepares to sacrifice Evelyn, but she is rescued after an intense battle with Imhotep’s mummified priests. When Evelyn reads from the Book of Amun-Ra, Imhotep becomes mortal again, and Rick forces him into the River of Death. Imhotep leaves the world of the living, vowing revenge. While looting treasure from the pyramid, Beni accidentally sets off an ancient booby trap and is trapped by a swarm of flesh-eating scarabs as Hamunaptra collapses into the sand. Ardeth rides away as Rick and Evelyn kiss and, with Jonathan, ride off into the sunset on a pair of camels laden with Beni’s treasure.In terms of pure escapist fun, The Mummy was a huge success, and it holds up well thanks to Director Stephen Sommers balancing the elements involved so well.