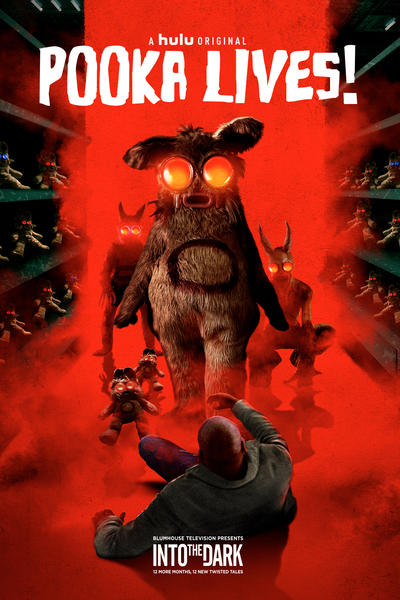 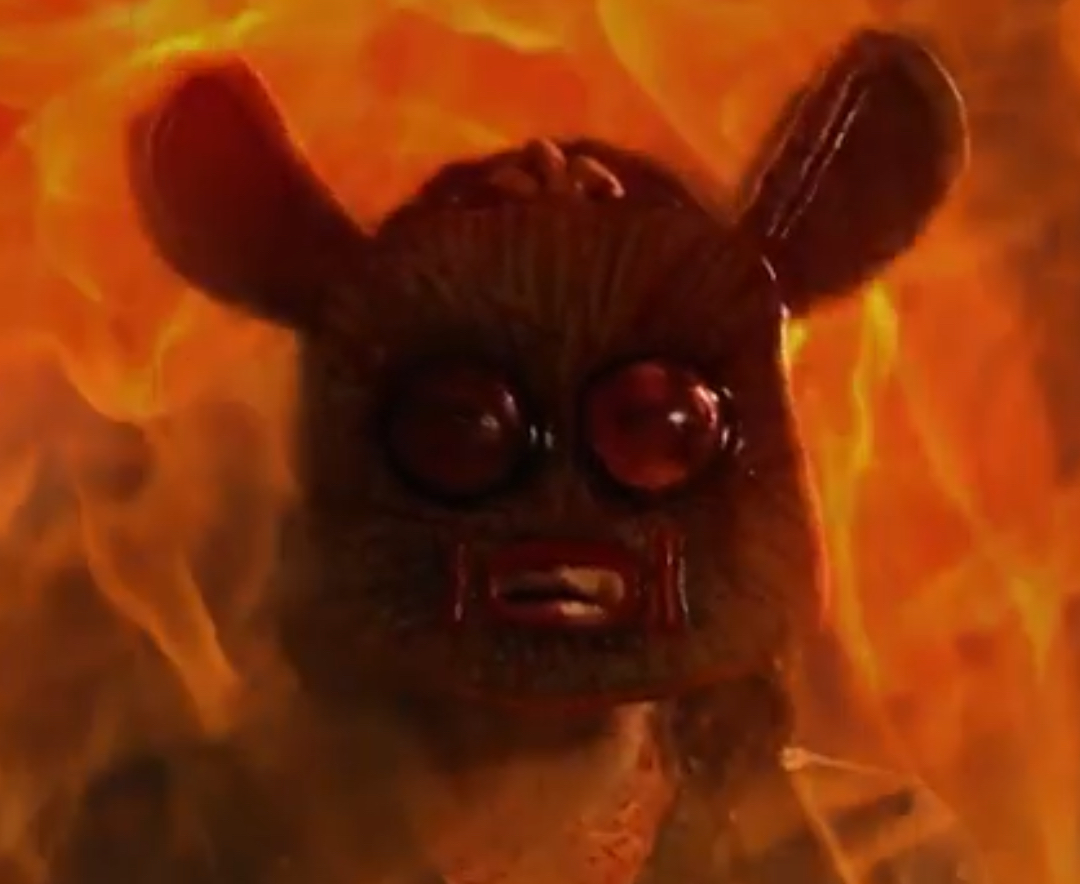 :You can go all the way back to the sinister Talky Tina from the classic Twilight Zone episode, “Living Doll”, to try and wrap your head around why the inanimate toy pulsing with sentient evil is just so damn effective. There’s just something about the ceaseless stare of a doll or stuffed animal spouting cuteness at you while their dead eyes stare into the abyss that strikes a chord of primal fear. I had a Teddy Ruxpin as a child; it’s perhaps the only thing that scared me enough to just give it to a friend hoping the nightmare would be over. True story. My mom was pissed!

Season One of Into the Dark introduced us to Pooka!, a furry creature with glowing headlight eyes that played a game of sometimes nice, sometimes naughty. The Pooka doll garnered a cult following online, and the episode was the first of the series to garner some glowing critical acclaim. It isn’t perfect – it’s a very non-linear tale of madness and personal angst that’s hard to follow at times – but the artistic stamp is there, and the character is memorable.

The urban legend of Pooka begins in the town of Spring Valley. Ellie Burgis (Rachel Bloom; Robot Chicken) couldn’t handle changes being made to her creation, her baby…and her husband (Wil Wheaton; Star Trek: The Next Generation) has had enough of it. Before you can say, “Don’t mess with the doll or you’ll regret it!”, he’s a human pin cushion and she’s set them both on fire in a show of devotion to Pooka. Fast forward one year later, and we meet Derek (Malcom Barrett; Preacher), a writer who pissed off the wrong social media influencer and is back in his hometown to get away from the madness (though he can’t stay off his phone!). Derek is staying with his old friends Molly (Felicia Day; Dr. Horrible’s Sing-Along Blog) and Matt (Jonah Ray; Mystery Science Theater 3000: The Return). He’s also reuniting with his old girlfriend, Susan (Lyndie Greenwood; Sleepy Hollow TV series), and his cop buddy, Benny (Gavin Stenhouse; Allegiance). During a night of pot brownies and remembrances of the good old days, they start an internet Creepypasta about Pooka and unwittingly breathe murderous life into the toy that’s just getting ready to hit the market. Will they be able to stop the savage beast? For that matter, will they be able to stop the irresistible force of the internet?

Pooka Lives! isn’t subtle at all, and that’s okay. It’s not supposed to be. It’s pure satire. Into the Dark is truly in its wheelhouse when they go the route of biting satire (like Pure or Gigi Saul Guerrero’s brilliant Culture Shock). The contrast is a bit more extreme here than either of those examples, but that’s mostly due to the nature of the medium of presentation. Creepypastas have a cheesy aftertaste to them that all but demand you don’t take them too seriously. However, if you can get past the heavy-handedness of some of the dialogue (“I think the internet literally created a monster!” and “The internet won’t let Pooka die!”), you’ll find that the message simmering underneath is all too relevant in the day and age of overblown online personas and panic-fueled toilet paper shortages. The internet is our ultimate monstrous creation; it makes Pooka look like a harmless little bitch. There’s a point being made here, and Ryan Copple (Death Do Us Part) and Alejandro Brugués (Juan of the Dead, Nightmare Cinema) make sure that you get it while sporting a goofy grin.

Pooka Lives! is fun, and the cast is a big reason. Felicia Day and Jonah Ray overact like their lives depend on it, and the amount of sexy gay jokes at Gavin Stenhouse’s expense are a joy. Malcom Barrett is the straight man here, but he does it with a fair degree of aplomb. Everyone seems to be having a good time making the film, and that is such an underappreciated thing that always pays dividends. And who doesn’t love a somewhat overweight, bearded, abusive Wil Wheaton? That’s a rhetorical question. The SFX aren’t splashy and gory, but it’s not really a splatter piece. It does open with that wonderful murder-suicide scene that’s shot very theatrically (love the VW Bug pulling into the drive with the headlights so eerily similar to Pooka’s eyes). The creature FX on the “new” Pooka are pretty cool, too. It’s a bit of a Donnie Darko rip-off, but hey – if you’re going to crib then you crib from the best. No shame there.

Pooka Lives! is that sequel that goes in a different direction tonally and structurally than its predecessor and is generally better for it. I’m thinking of the criminally underrated Blair Witch 2: Book of Shadows: take the audience on a wholly different kind of ride than they were expecting while showing them that the monster works in either setting. You know – show ‘em you can be naughty or nice, just like Pooka.