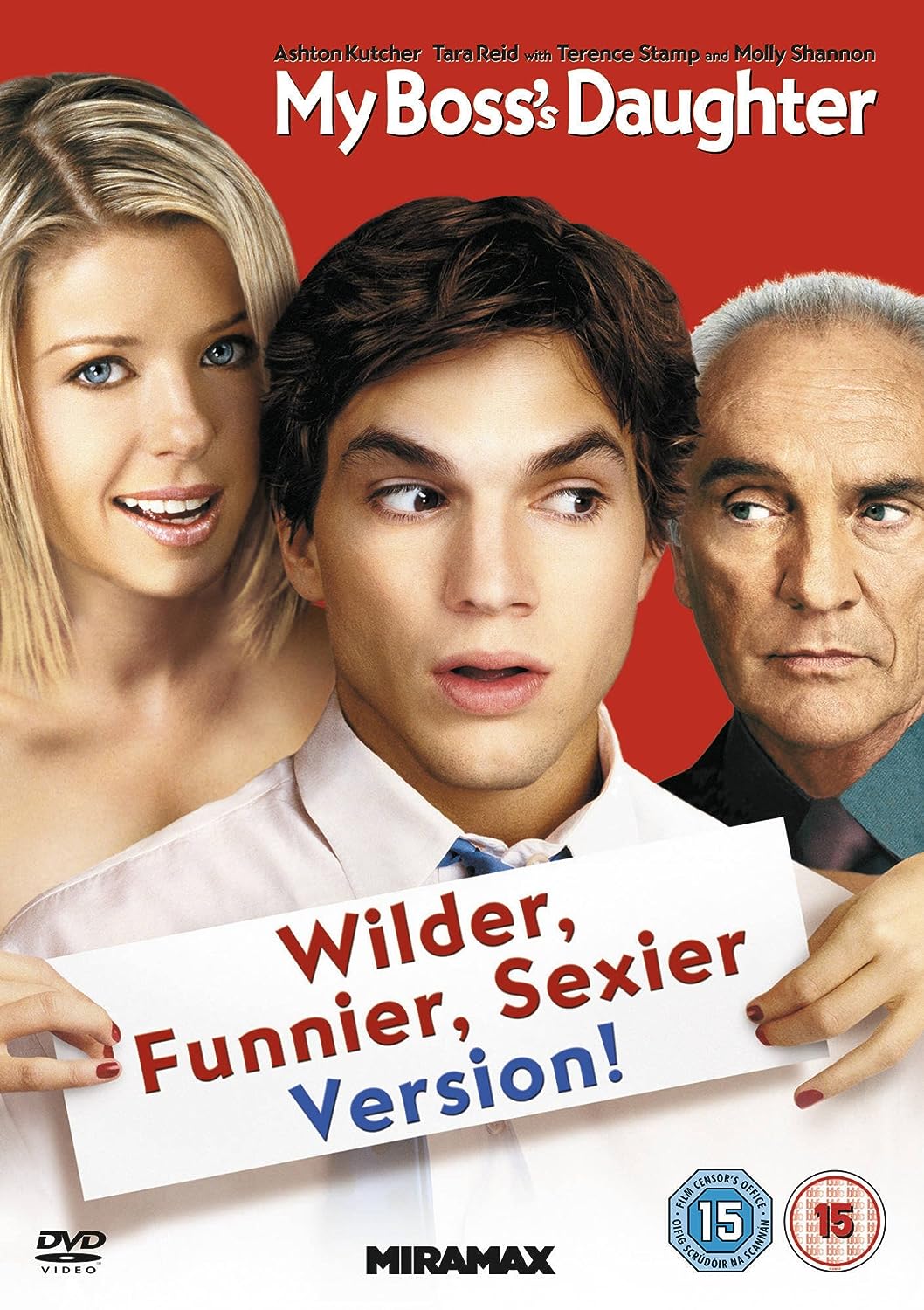 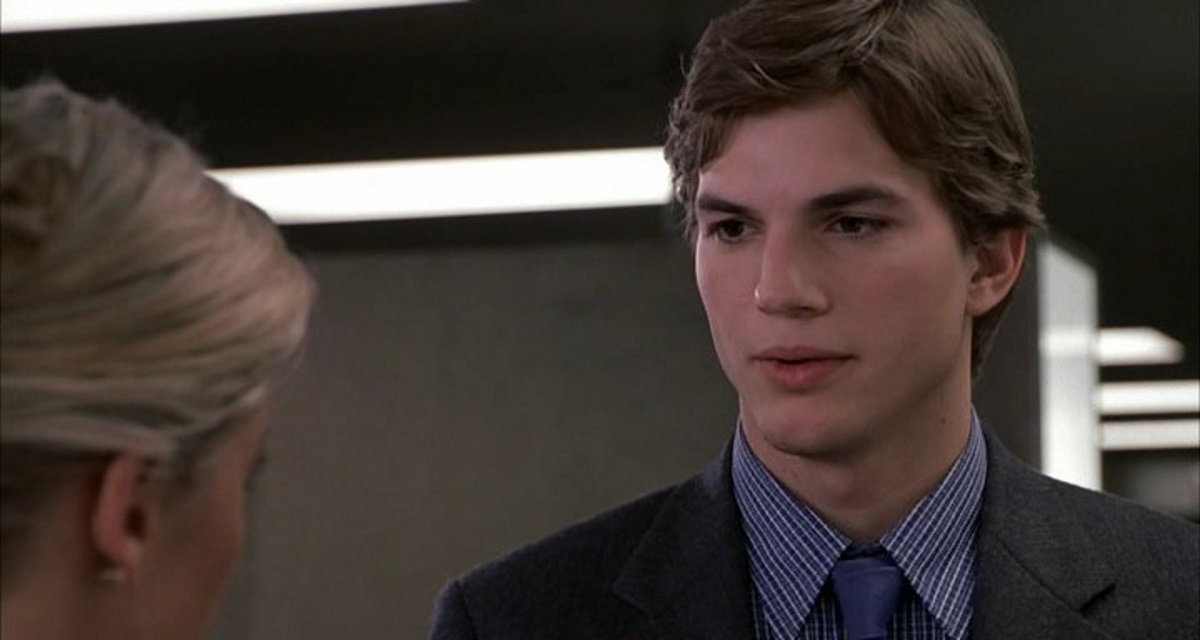 Tom Stansfield (Ashton Kutcher) is a researcher at a publishing company who works under the tyrannical Jack Taylor (Terence Stamp). Tom has a crush on his boss’ daughter, Lisa Taylor (Tara Reid), who is completely controlled by her overprotective father. She reveals to Tom that her father is making her house-sit on the same night as a party she wants to attend, but Tom convinces her to stand up to her father and attend the party anyway. Lisa asks him to come to their house that night, leading Tom to think that she has invited him to the party; in reality, she just wants him to fill in for her – he reluctantly agrees. A comedy of errors ensues, including the return of Lisa’s older brother, Red, on the run from drug dealers. Red dumps drugs into the toilet, and instead returns a bag of flour to the drug dealer. One of Tom’s tasks is to guard their owl, O-J, which lives in an open cage (it has not been able to fly due to a deep depression, from the loss of a prior mate). When the bird drinks from the toilet polluted with drugs, it flies away. Jack Taylor’s ex-secretary Audrey goes to the house to try to earn her job back. After fighting with her boyfriend, she stays over at the house. Lisa returns home after finding out that her boyfriend Hans is cheating on her. Tom hides from her everything that happened and she spends some time with him thinking he is homosexual. He clarifies to her that he’s actually straight and she starts to like him. Audrey’s friend thinks she has breast cancer and asks Tom to feel her breasts. Lisa walks in on them and is disgusted by the situation. 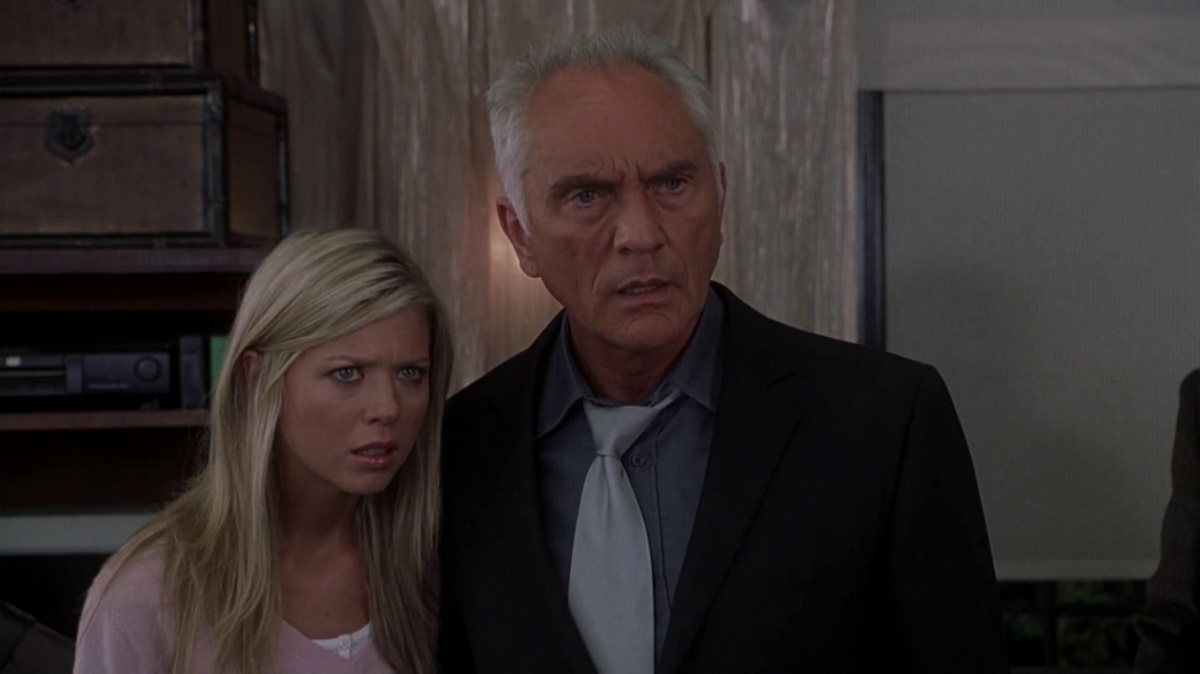 T.J., the drug dealer, finds out about the fake drugs and threatens to kill Tom if he doesn’t return him his money. T.J. tries to open a safe and steal the money. However, Tom gives him sleeping pills mixed with alcohol which sends him into a coma. Because they think T.J. is dead, Audrey and her friends bury him. Later, T.J. escapes from the grave and threatens to kill Lisa. With Red’s help, Tom rescues Lisa and she falls in love with him. He then goes to get her father, but on the way back the owl gets into the car making Tom lose control of the car and crash into the house. They find police officers in the house looking for T.J., who ends up getting arrested. Jack Taylor is enraged by the damages done to the house and throws Tom out. The next day, Jack Taylor hears his son explaining to Lisa how she should stand up to their father and goes back to Tom. Jack realizes his mistakes and gives Tom a promotion. 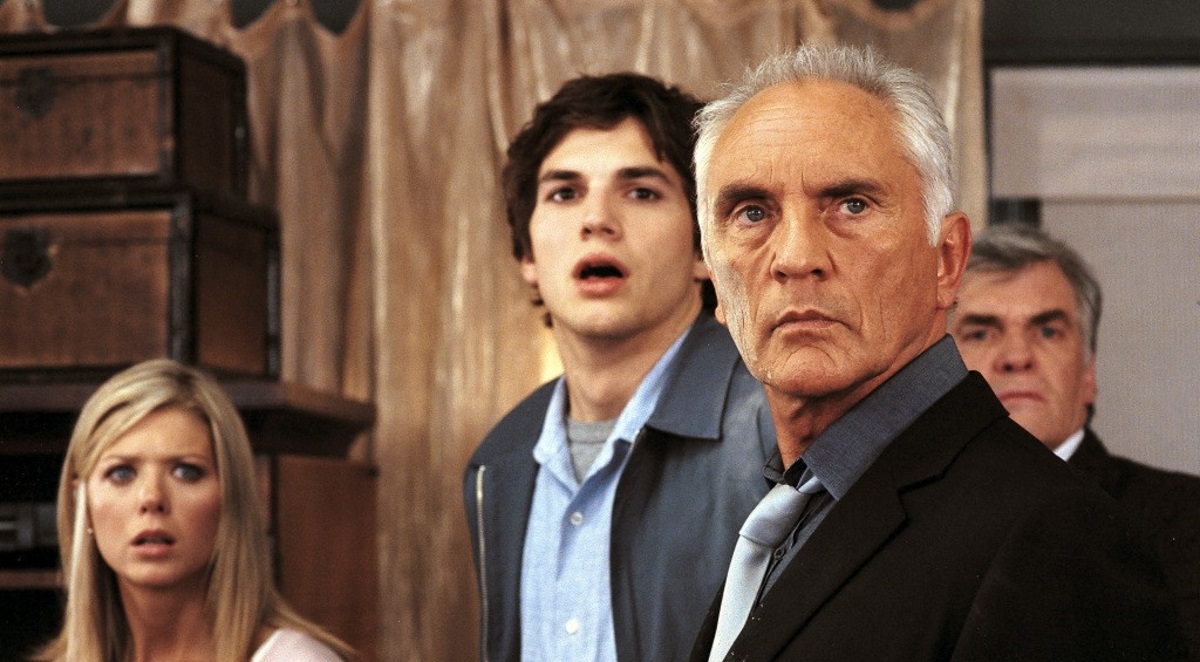 This is a funny film and all the cast seem to be having a good time and a laught buy it if you want a good comedy. 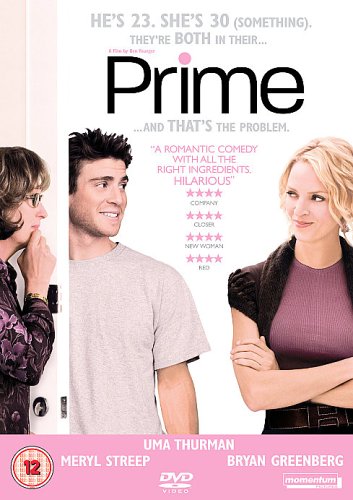 Rafi (Uma Thurman) is a recently divorced, 37-year-old career woman from Manhattan who becomes romantically involved with David (Bryan Greenberg), a talented 23-year-old Jewish painter from the Upper West Side. Rafi shares all her secrets with her therapist Lisa (Meryl Streep) who, unbeknownst to Rafi, is David’s mother. Lisa, supportive of Rafi’s relationship with a younger man, discovers the connection and finds herself not only faced with the ethical and moral dilemma of counseling David’s girlfriend, but also the reality that she feels differently about the relationship now that she knows her son is involved. Lisa consults her own therapist, and they decide that it is in the best interest of her patient Rafi for Lisa to continue treatment, as long as the relationship remains the “fling” it appears to be.

However, Lisa soon realizes that the relationship is serious, and tells Rafi that she is David’s mother. Feeling embarrassed and betrayed, Rafi ends her treatment with Lisa. Their differences causing problems between them, Rafi and David break up. A couple of weeks later, David is enjoying a night on the town with his best friend; he gets drunk and ends up sleeping with Sue, Rafi’s friend from work. The same day, after bumping into each other at the supermarket and going back to David’s place, David and Rafi start seeing each other again. They also try to make the relationship stronger by going to a Friday night dinner with David’s family. The rift between Rafi and Lisa is patched up, although Rafi brings up the possibility of her and David having children, to which Lisa reacts strongly. A few days later, Rafi discovers that David had slept with Sue, and David and Rafi fight. After sulking for some time, David goes to seek Lisa’s help as both his mother and as a therapist. She advises him to do what he can to keep the relationship, because it was through Rafi that Lisa was able to understand David’s career as an artist. David goes back to Rafi to apologize and offer to give her a child because that is what she wants the most. Rafi realizes how deep David’s love must be for him to make such a sacrifice. Ultimately, they both realize that love is not enough to keep a relationship going, and they break up. A year later, David and his friend are leaving a restaurant — the first restaurant where he and Rafi had a proper date. Going back to retrieve his forgotten hat, he spots Rafi but she does not see him; he gets his hat, rushes out the door, and hides. He defrosts the glass a bit to watch her, and she turns around and sees him. They share a smile before parting.

A look at love with an age gap and the problems it really throws up and how a mother learns about the man her little boy has become. Good film once you take the time to get into it.

After McNelly and his men pursue Fisher for a while, they fall into a trap, where many of the young and ill-trained Rangers are killed. Defeated and low on morale, the men fall back to a ranch house and attempt to set up an ambush for Fisher. After being double crossed by a woman (perhaps unwittingly), the rangers remain one step behind Fisher and his men. Two of the Rangers follow Fisher and his men to the Mexican border, where they wait for the rest of their company. Once the entire Ranger force arrives, they plan their final attack. In a final gun-slinging showdown, the Rangers face off against Fisher and his men that will tip the state of the border country in the direction of either chaos or justice.

This is an excellent film, and worth watching. It gives a gritty example of how life probably was in those days, particularly for the Texas Rangers. Leander McNelly did actually exist in real life (as did King Fisher), but the film uses poetic licence in terms of the storyline in relation to facts (what’s new!). The acting in this film is very good, and the casting really spot on.

Herrington High School, just your everyday place of learning. That is until the teachers start behaving strangely. It seems there is an alien plot to take over world and only a rag-tag group of students can save us. The film has rightly been tagged as a cross between Invasion Of The Body Snatchers and any teen led Highschool movie. This is intentional, something that’s apparent as our intrepid students discuss Snatchers amongst other movie references, and one of them, Stokely {Clea Duval}, is a sci-fi aficionado . As things progress it’s also evident that the makers here are movie fans making a movie for movie fans, all be it one aimed solely at the teenage demographic. There’s much satire around and cliché’s are widely embraced, but again it works because there is no hidden agenda. There’s gore and hugely effective scenes involving blood, slugs, heads and an eyeball, whilst slasher fans are catered for in a couple of, if seemingly pointless as regards the alien’s intentions, memorable scenes.

The youngsters in the cast, all playing total stereotypes, all do what is required, with Josh Hartnett, Duval & Elijah Wood particularly shining. But it’s with the adult actors that The Faculty really gains its tongue in cheek momentum. Robert Patrick, Famke Jansen, Salma Hayek, Piper Laurie, Bebe Neuwirth and even Jon Stewart all file in for a bit of alien parasitical fun.

Come the end of the mania, with the staple alien queen reveal and showdown, there’s the overriding feeling that the film could have been so much more. Certainly it’s guilty of being a touch too derivative, a little focus lost in the self referential and knowing in-jokery genre winks. But it’s a groovy ride is this one, not in the least bit serious.