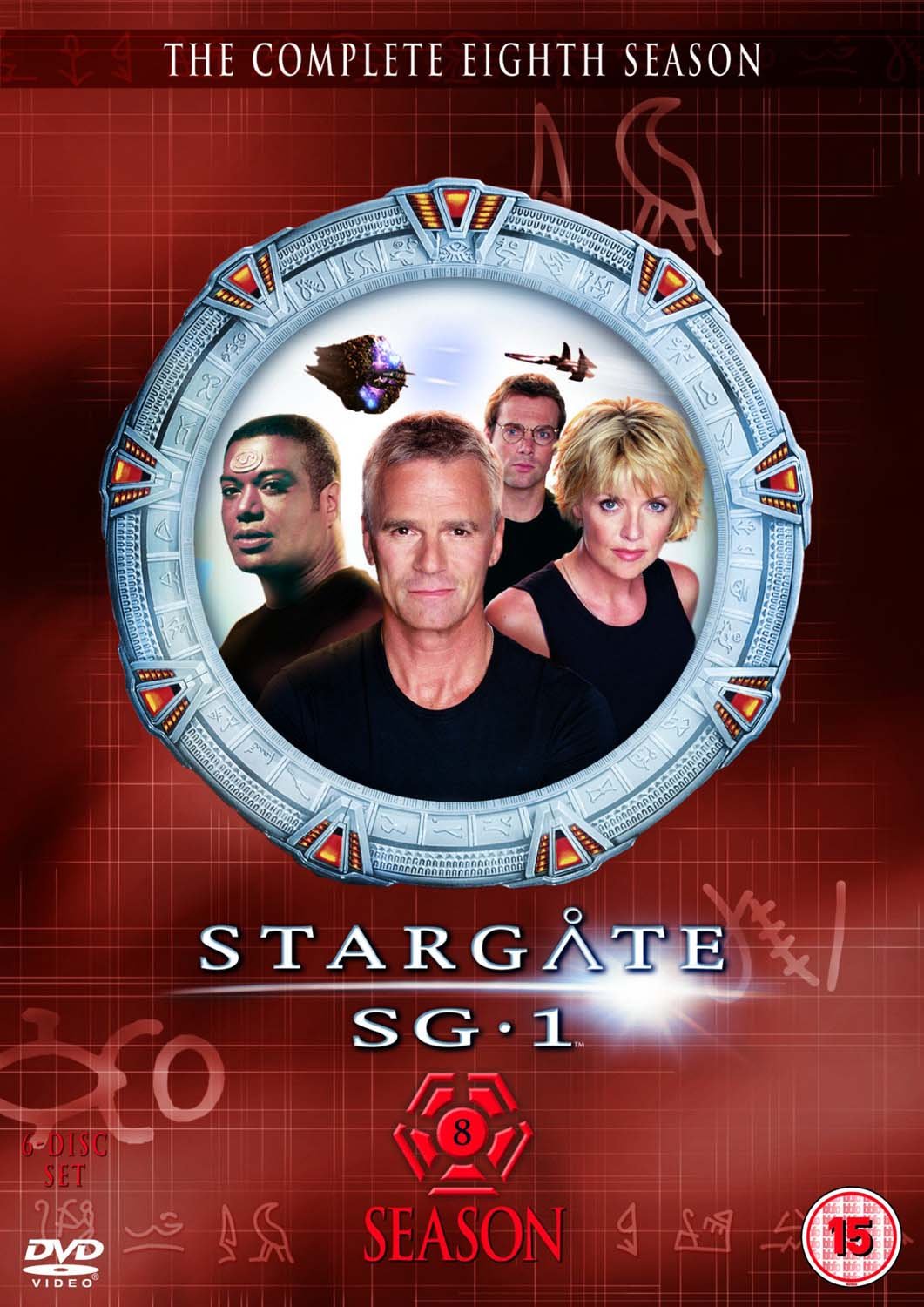 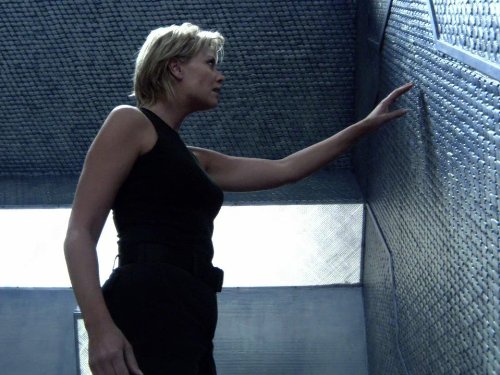 Stargate has retained a massive level of consistency over the years, staying at the same level of quality, if not getting even a little bit better: it has always retained the humor, the characterization and the excitement and the action that has made it so loved.Since season seven, there has been more of a focus on characterization and a tad bit more humor: and i for one welcome this, as the characters have always been the best aspect of the show: season eight continues this trend, and also the trend of even better quality than ever before! 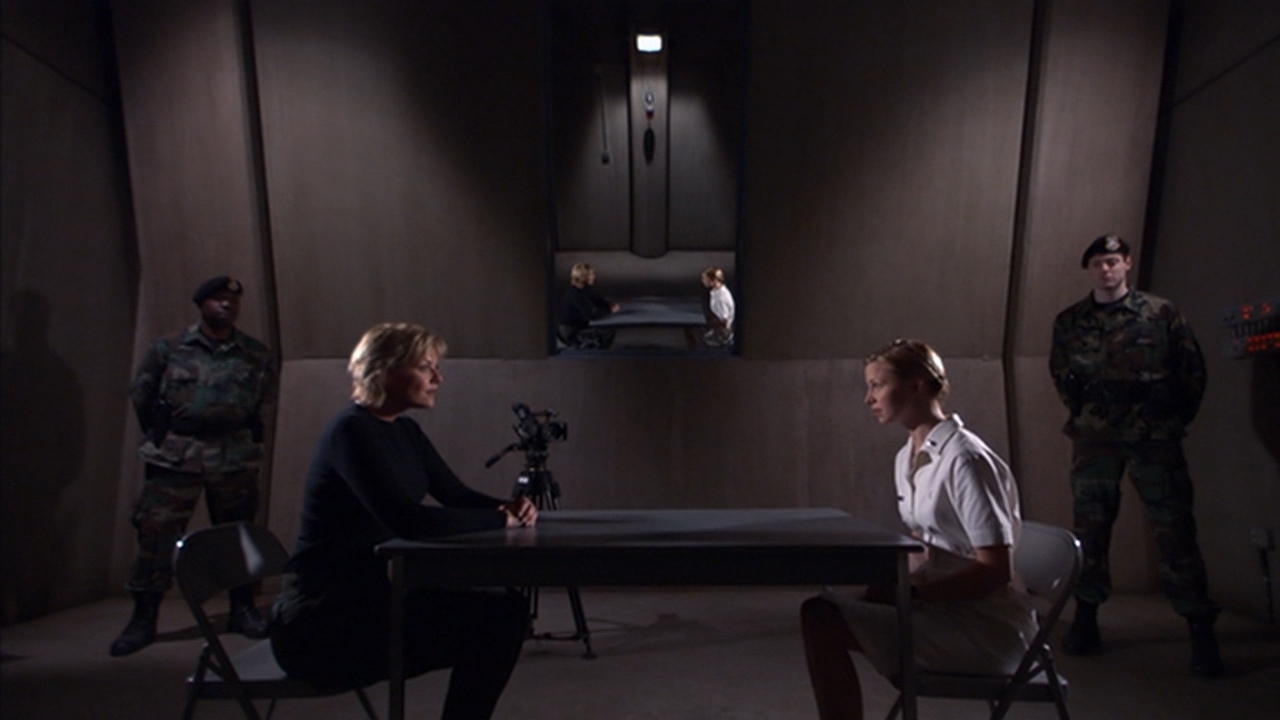 Highlights include the opening two parter: New order Parts one and Two which is very exciting with plenty of plot twists. Affinity is another highlight for me as it is an episode with very little action, it is a mystery with a huge focus on characterization and intrigue, and manages to be very intriguing, with, again, some brilliant little character moments. Prometheus unbound is a highlight. 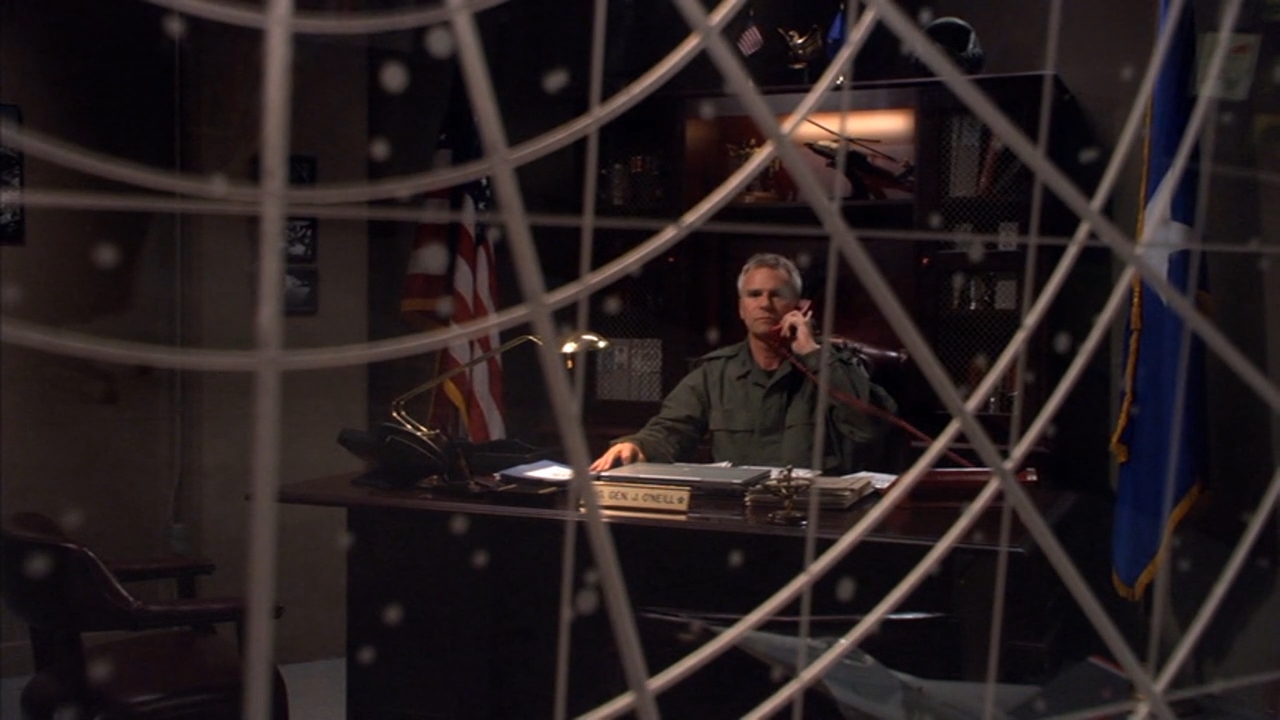 Reckoning parts one and two are possibly the best episodes of stargate ever made; they wrap up most of the major storylines, bringing the end to both the main enemies in the show, and are impossibly epic: there is so much going on, so much peril and a sense of doom, that you are kept on the edge of your seat the whole time, with some humour thrown in for good measure. 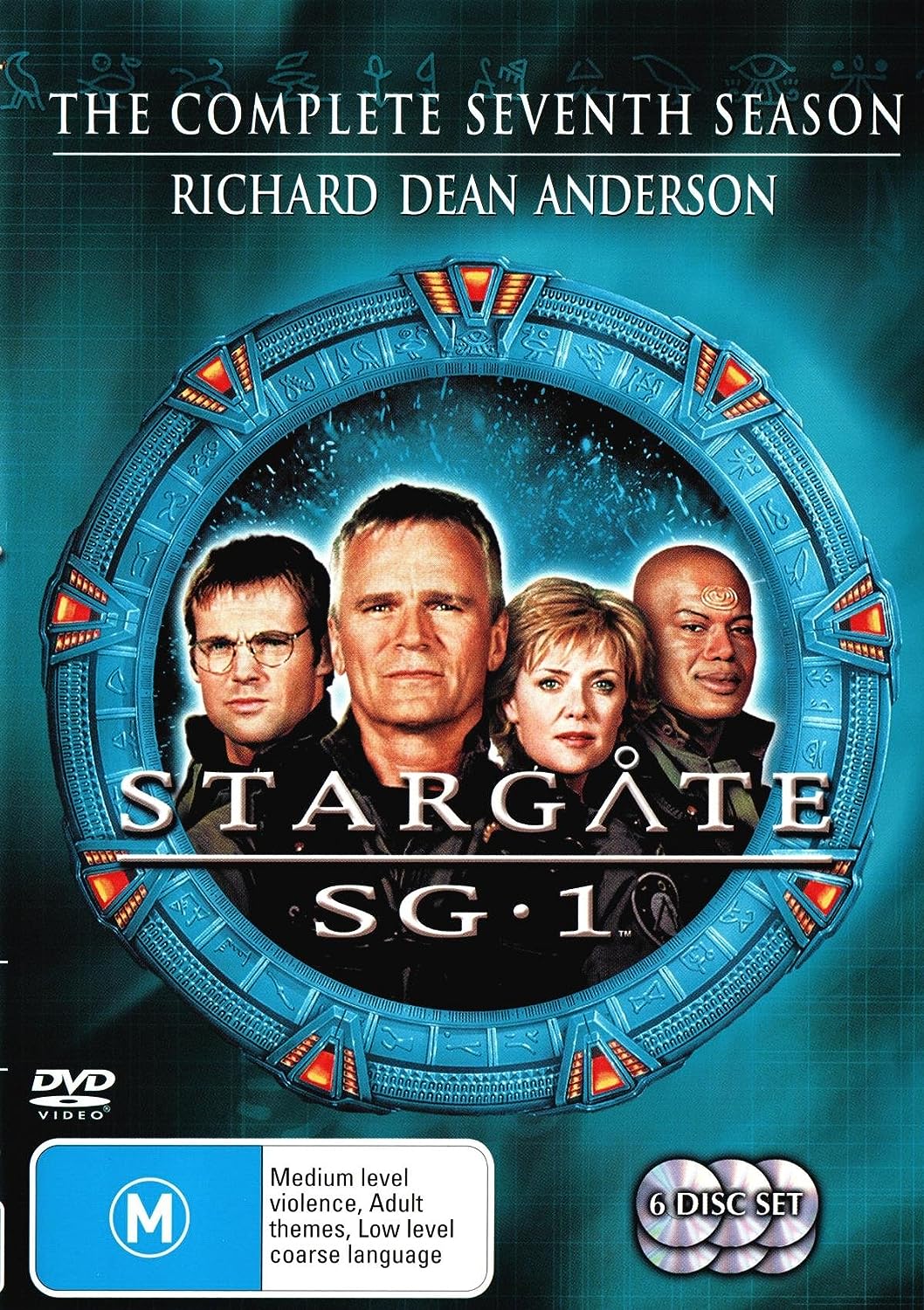 That is the season when Daniel Jackson (Michael Shanks) returns from being an ascended being, albeit on an alien world without his memory (“Fallen”). This required getting rid of Jonas Quinn (Corin Nemec) to get the old gang back together again, which happens when Anubis download Jonas’ memory and the Goa’uld attack Kelowna (“Homecoming”). Wisely, this is not the last appearance of Jonas for the season (“Fallout”) as he becomes another one of recurring guest characters that are a major strength of the series. 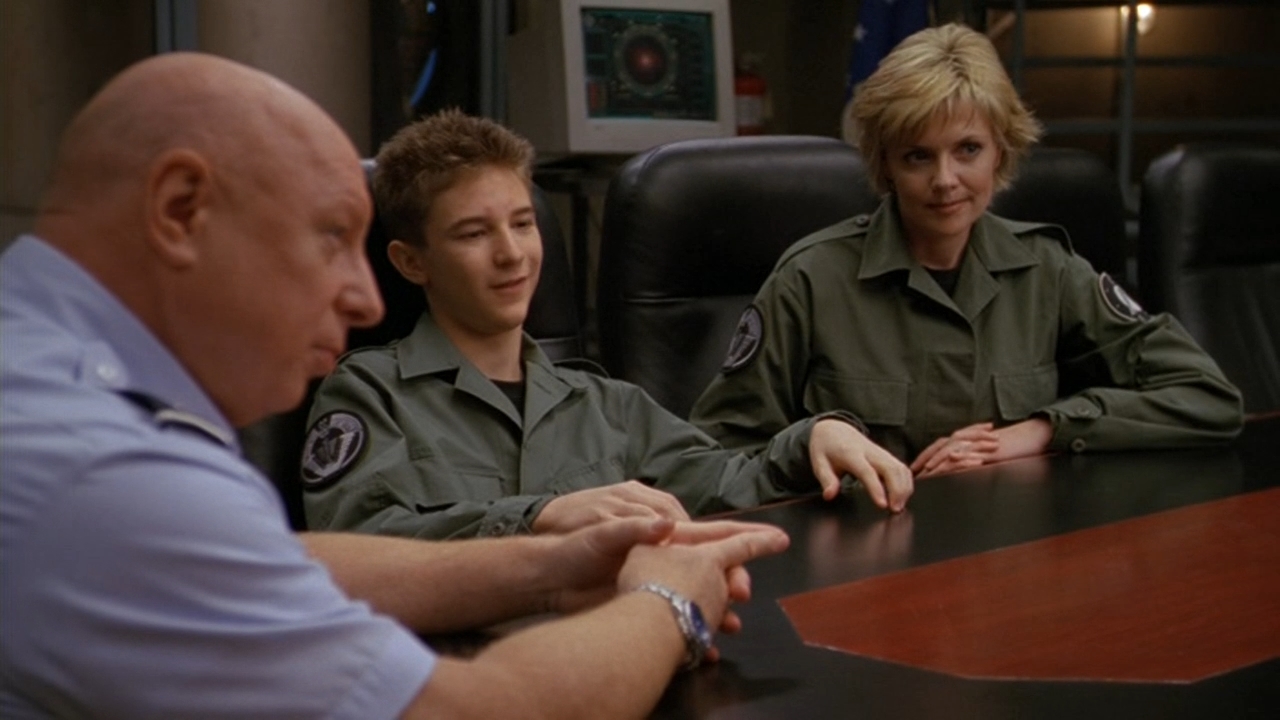 There are several Daniel Jackson stories that make a point of giving the actor interesting things to do, such as “Lifeboat,” where his mind becomes a resting place for a bunch of alien minds, “Enemy Mine,” which requires Jackson to show diplomatic skills, and big time flashbacks in “Chimera,” to before Daniel first saw the Stargate.Overall, Season 7 is really Samantha Carter’s season and Amanda Tapping has several episodes where she pretty much goes it alone. “Space Race” has her joining an alien pilot for a little intergalactic competition, while “Death Knell” finds Carter being hunted by the supers soldiers of Anubis after an attack on Earth’s secret off-world base. In “Grace” Carter literally ends up alone when the Prometheus is attacked and she wakes up to find herself the only one on a ship drifting in deep space. The other characters show up as the angels of her better nature, which is the only way that Sam and Jack are ever going to have an honest conversation.The whole Anubis/Lost City bit ends up being equal parts time to beat another bigger and badder system lord and find a fitting end point for the series that can also work as a transition to the spinoff. 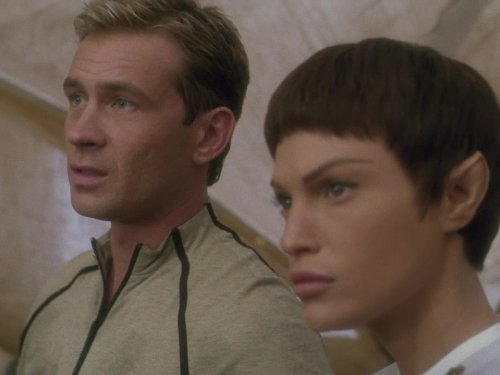 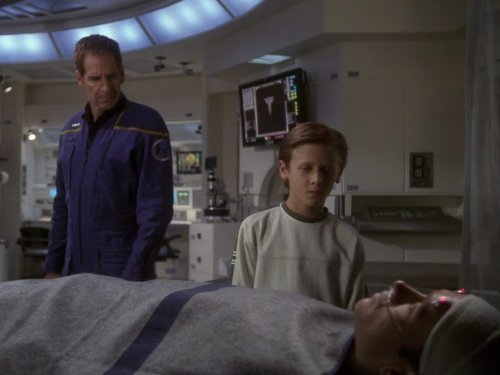 Out of all the Star Trek series and films, Enterprise is easily the most overlooked, and was the only one since the original to be canceled. This isn’t because it wasn’t as good as the rest, but simply the way it was marketed. The show is in fact a prequel to Kirk’s Enterprise, and does take place before the Federation, but what the show lacks in technology, is more than made up for with realism and some of the best character development in the Star Trek franchise. 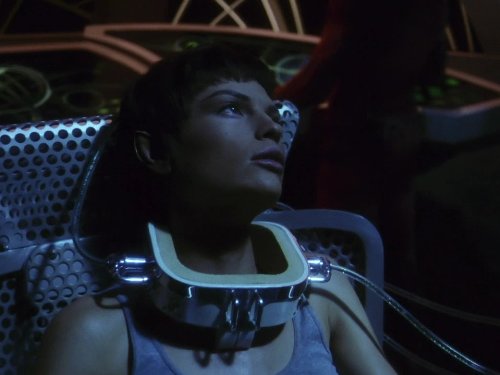 100 years after Zefren Cochrane’s warp flight, the human race has had enough of Vulcans holding them back, and have created the first warp five star ship in human history. Over the Vulcan’s objections, Jonathan Archer (Scott Bakula), the son of the engines designer, has been selected to Captain the ship and explore a galaxy that humans know very little about. 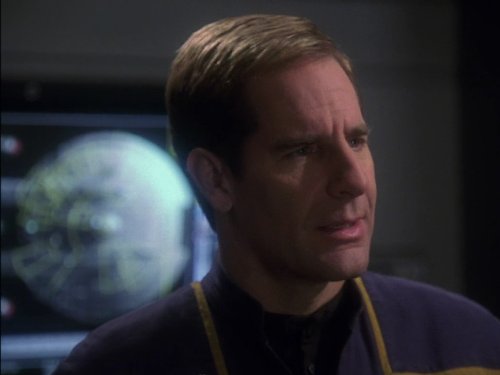 This show is extremely important to the franchise and all Trekkies, as it not only shows humanities first trip out of our solar system and first contact with all the races we’ve come to know over the years, but the show fills in a lot of the gaps from all the other series and films! Enterprise explores the origins of Data’s creator, the Eugenic Wars (which created Khan), the development of many protocols and much of the tech we see on future ships, but most important of all the series shows how the foundation for the Federation and the creation of star fleet all came together. 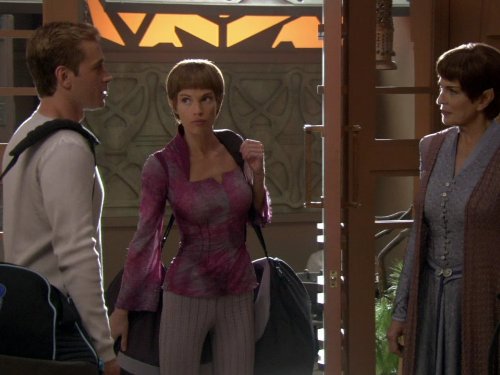 Enterprise was also unique for it’s character development and realism, in that it takes place in the not to distant future. We get to know the crew intimately, from their fears to their families, and we see them doing and discussing things never before seen in Star Trek. The Enterprise crew has a classic movie night, watches sports on TV, has pets, and they even talk about sex. The cast is lead by Scott Bakula, which was another great move by producers. Casting a veteran science fiction actor, whose been in long running series, automatically gives him that air of experience and authority that Picard had. He’s also a younger man, so with no federation policies in place yet, Archer can be just as much of a risk taker as Kirk was, even more so. 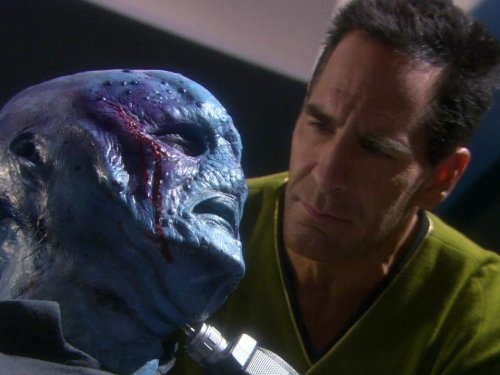 Star Trek Enterprise was extremely enjoyable, and a series people could relate to more than any other in the Star Trek franchise. The show isn’t simply about the future and the Federation, it’s about what it means to be human and how that compares to other species. It shows what we need to do in order to get along with and understand other cultures, but most of all it fills in so many holes from previous films and episodes, that it truly was the missing link. 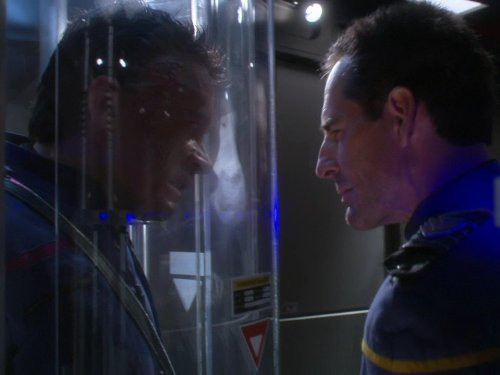 Unfortunately for Star Trek fans, the show barely made a hundred episodes, because it was on a dying network, that folded shortly after the show was canceled, screwing us Trekkie’s out of three more seasons. As with all the previous series, the story has been continued in books, but in this case, the books were written by the main writers of the series, and do encompass everything that would have happened in seasons five, six, and seven. 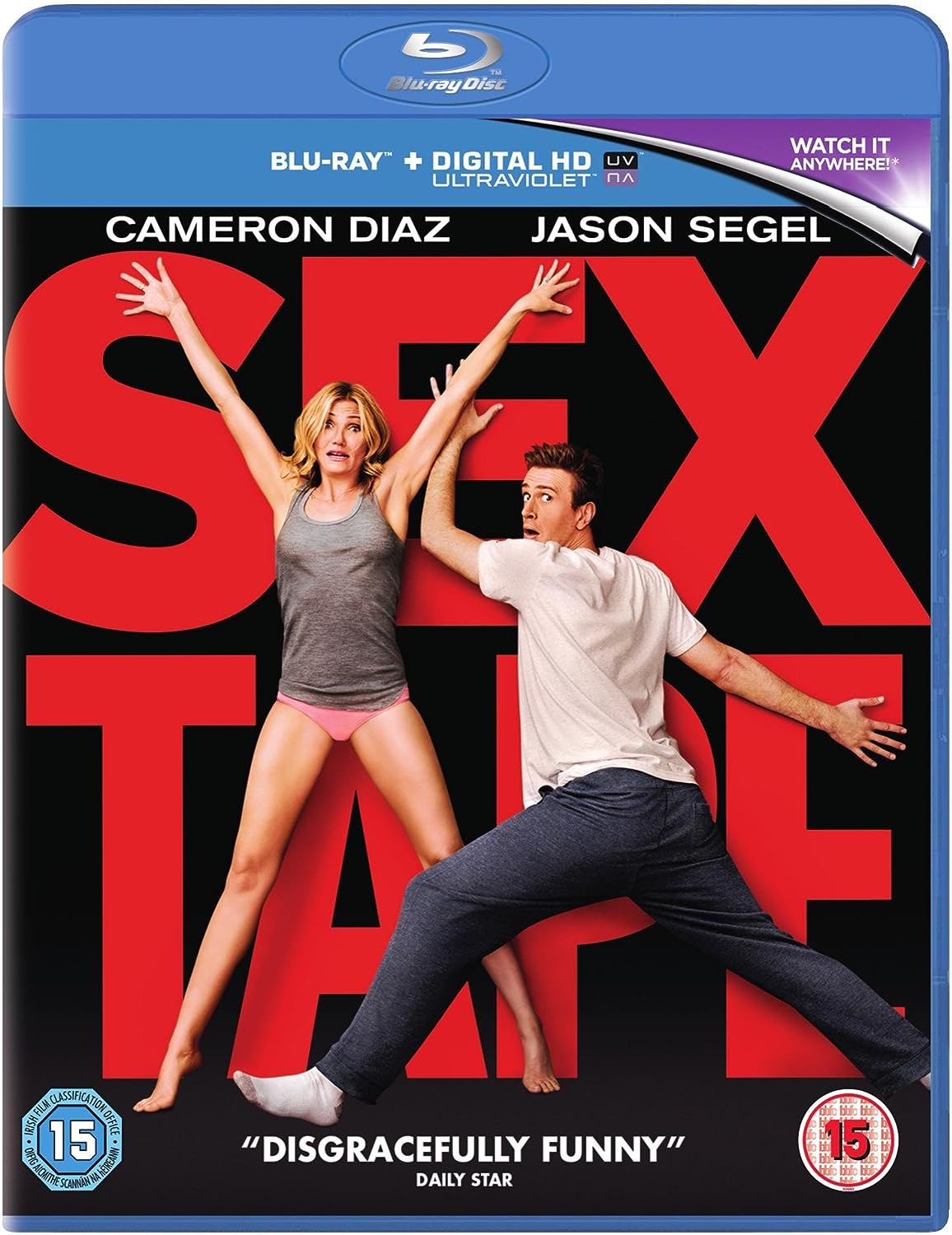 CAST
Jason Segel (This is The End)
Cameron Diaz (Bad Teacher)
Rob Corddry (Warm Bodies)
Ellie Kemper (21 Jump Street)
Rob Lowe (Waynes World)
Nat Faxon (Tammy)
Nancy Lenehan (Catch Me If You Can)
Jolene Blalock (Star Trek: Enterprise)
Jack Black (Mars Attacks)
Randall Park (The Interview)
Artemis Pebdani (Son of Zorn)
Jay and Annie Hargrove are a married couple, which, after having two kids, have sex at every opportunity. After Jay struggles to get an erection, Annie suggests making a sex tape. They film themselves having sex in every position listed in The Joy of Sex. When done, Annie asks Jay to delete the recording, but he ends up instead inadvertently synchronizing the video to several iPads the couple had given away over time. After failing to get it out of the cloud, they set out to get back all of the gifted iPads, leading to a series of awkward encounters and close calls.
After collecting the iPads and deleting the videos, their friend’s son threatens to upload a copy of their sex tape to YouPorn unless they give him $25,000. After failing to get the money, they break into the YouPorn headquarters and begin to destroy their web servers. Their plan is quickly thwarted when an alarm sounds. The owner and his cronies confront them and threaten to call the police, but agree not to do so in exchange for $15,000 to cover the damage. He also removes their video and explains that all they had to do to have a video removed was send him an e-mail request for such removal. After they have deleted all but one copy of the video, Jay and Annie decide to watch the video once themselves. Afterwards, they take the USB flash drive containing the video and go outside to smash it with a hammer, blend it, burn it with fire, and bury the remains.
It’s not infallible, but it’s funny. It’s not as bullseye-funny as many of the Apatow comedies that Segal is more known for, but it was still funny. People expecting some cinematic masterpiece from a film called “Sex Tape” are aiming way too high. The movie delivered exactly as advertised.