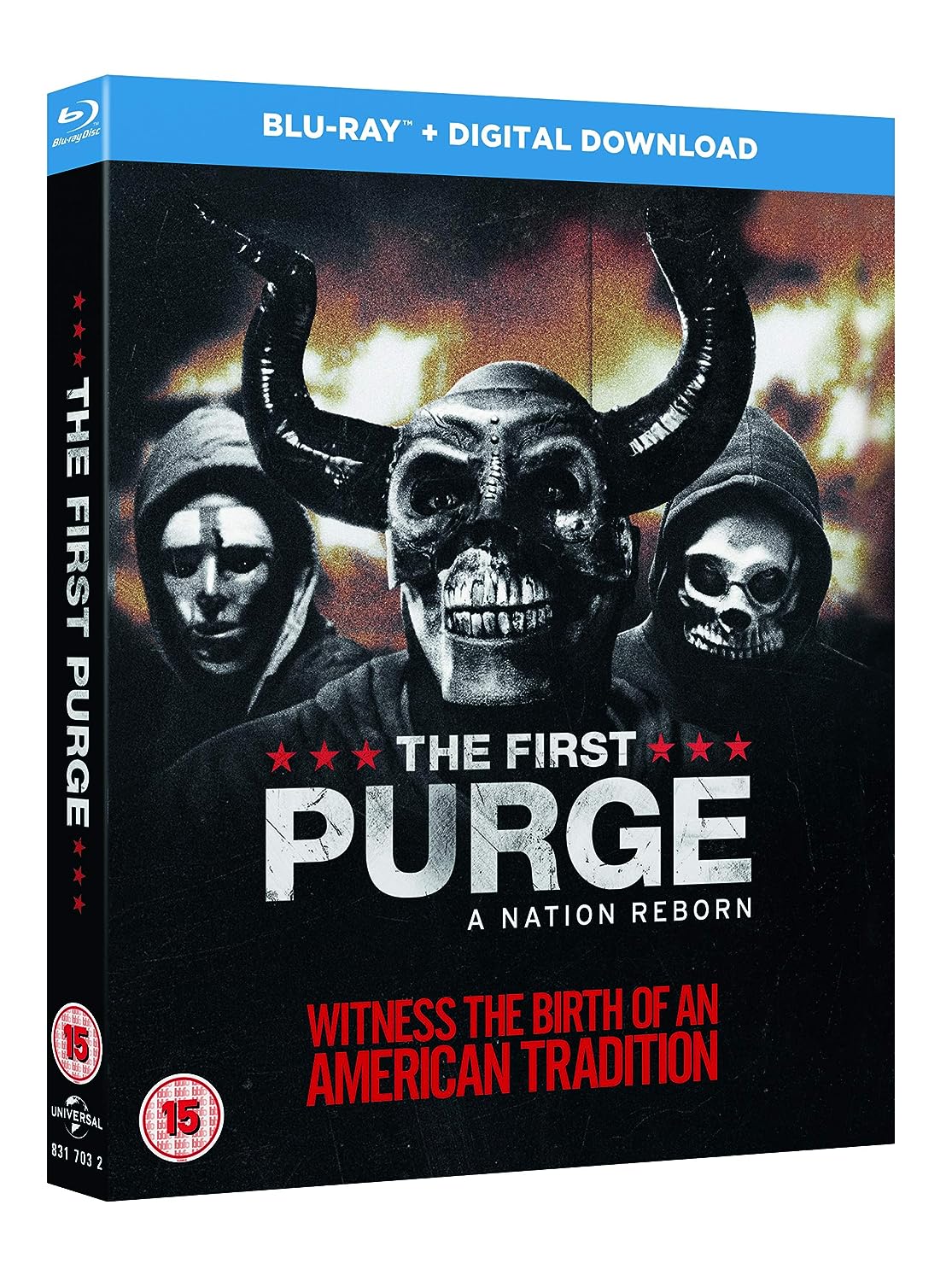 A crazed drug addict named Skeletor talks on camera about his dark thoughts, including his desire to “purge” and unleash his hatred on other people. An unknown voice on the other end of the camera tells Skeletor that he will soon be able to. Sometime in the mid-21st century, turmoil has caused the government to be overthrown by the New Founding Fathers of America (NFFA). NFFA members Arlo Sabian and Dr. May Updale announce an experiment to take place on Staten Island where for 12 hours, citizens will be allowed to purge and release their inhibitions in any way they choose. The NFFA offers residents of the Island $5000 to stay in their homes during the experiment and a compensation for those participating as well. They also outfit the participants with tracking devices and contact lenses with cameras in them so that they can monitor all activity. Drug lord Dmitri tells his dealers that they will be leaving but drug dealer Capital A wants to stay and purge. Another young drug dealer, Isaiah, gets into a fight with Skeletor and gets his neck cut. Isaiah goes to his sister Nya, an anti-Purge activist and Dimitri’s ex-girlfriend, for treatment, and Nya later confronts Dmitri as she believes that Dmitri is Isaiah’s drug lord, which he denies.As people flee Staten Island on the night of the experiment, Nya joins her friends Dolores, Luisa, and Selina in a church to wait out the Purge. Dmitri has stayed behind because Capital A has sent Anna and Elsa, two sex workers, to his office. Skeletor commits the first-ever murder during the Purge, and the video recorded by the NFFA goes viral. The NFFA also observe that more parties than killings are taking place and that crimes are mostly just looting and vandalism, as opposed to the expected murder. Isaiah, unbeknownst to his sister, joins the Purge to get his revenge on Skeletor. He eventually confronts him during the Purge but cannot shoot him. Skeletor chases Isaiah throughout the streets but Isaiah manages to hide and he calls Nya to help. Anna and Elsa are revealed to be Purgers who attempt to kill Dmitri, but Dmitri fights them off and learns that Capital A had sent them in an attempt to take over Dmitri’s business. Skeletor captures Nya in the streets and attempts to rape her, but Isaiah stabs him in the back and they escape.

Nya and Isaiah return to the church to see blood-soaked Purgers leaving it. They discover that Luisa and Selina survived, but Dolores’ fate is unknown. They all return to Nya’s apartment where Dolores has made it safely. At the NFFA headquarters, Updale starts becoming suspicious due to the Purge’s sudden change in the crimes committed, as well as the presence of masked participants. She reviews the video footage of the Purge and tracks where the vans of the masked killers came from. She discovers that these people are trained mercenary groups killing multiple civilians, including the ones at the church earlier. Sabian explains that he sent the mercenaries to make the experiment look successful, and eventually to help “balance” the rich and the poor. Updale protests this tampering of the experiment and informs Sabian her realization that NFFA only wants to eradicate the poor because they don’t want to take care of them. With Sabian’s corruption revealed, he has Updale taken away and killed, before erasing all footage of the event. 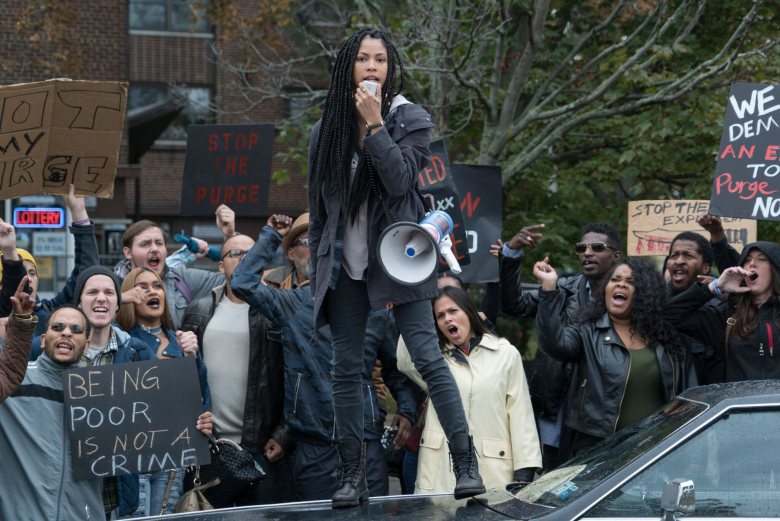 Capital A goes to Dmitri’s office to see the results of Anna and Elsa’s efforts, but Dmitri and his gang kill Capital A. Dmitri and his gang escape through the streets, killing multiple Purgers along the way, until NFFA drones shoot and kill Dmitri’s gang. Dmitri calls Nya and warns her that the mercenaries are coming toward her apartment. Dmitri makes his way to the apartment, killing more mercenaries along the way. The mercenaries are about to shoot a rocket-propelled grenade into the apartments when Skeletor arrives and kills some mercenaries before he himself is killed. Dmitri grabs a piece of C-4, throws it and shoots it repeatedly until it explodes, killing the remaining mercenaries. As sirens sound the end of the Purge, Dmitri is hailed as a hero, and he states that the survivors must somehow fight back.

During the end credits, Sabian reads a statement calling this experimental Purge a success, and that a nationwide Purge may begin as soon as the following year. A mid-credits scene leads into the events of the other films, and directly ties into The Purge television series.These reviews are a little harsh. If you like the other three Purge movies then this one shouldn’t be any different. I felt like it was logical and if this were to happen it would indeed happen the way it did in the movie. If your huge into the other ones this one is great and as a whole it is a good franchise. I’d say it’s worth the watch if you love horror.

When I watched the first episode of Doom Patrol, I was immediately excited by what I saw: a great-looking, well-written story about surprisingly human superhumans with powers that were more than power fantasies. With the finale in the rear-view mirror, it’s time to look back and see if the show stuck to its ideas and made good on its promises.
In short, Doom Patrol is an incredibly special show – as a superhero/comic-book show, as a DC Universe show, and as just, you know, a dang TV show. 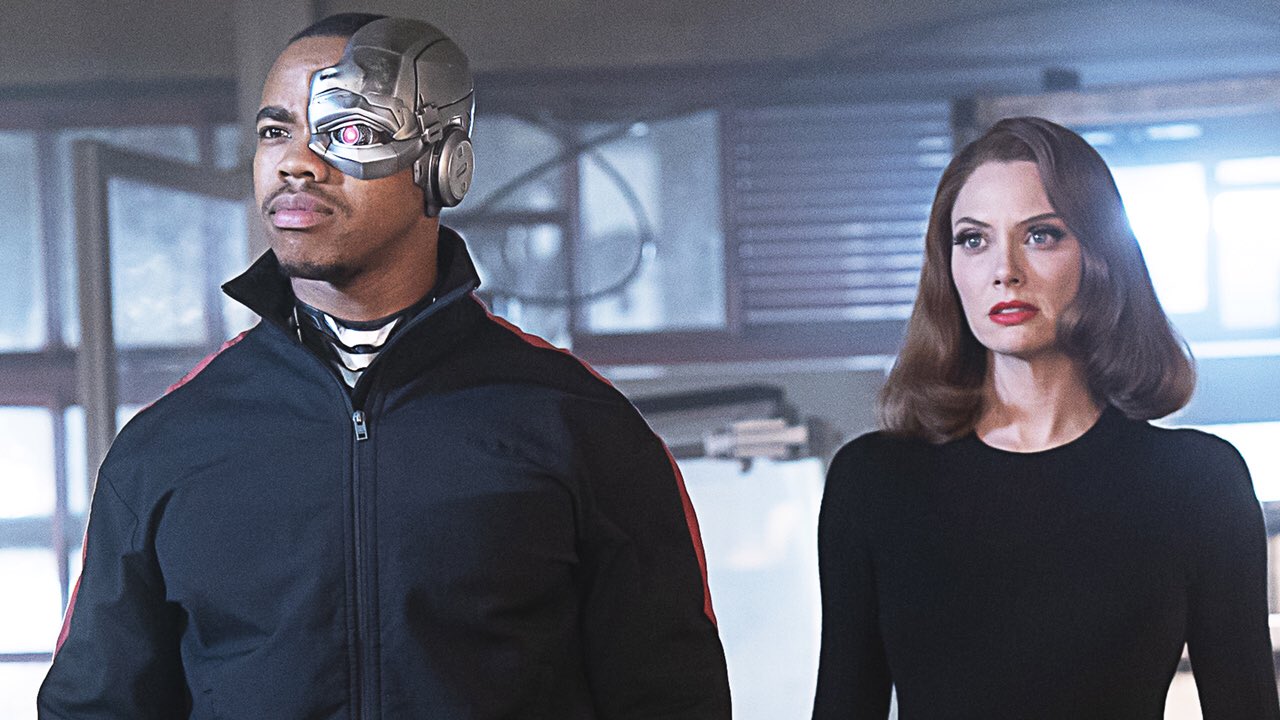 At its roots, Doom Patrol is a show about people with disabilities. People with differences that separate them from “normal” people. They hide their disfigurements, struggle, and shame themselves. They stand out not as a matter of choice, but just by existing. And the show, the story, never loses sight of that. Through their adventures, the Patrol meets a sentient, teleporting, genderqueer street, a guy who gets special powers from eating beard hair (it’s gross), and a cockroach with a god complex. They get sucked into a donkey that farts words, end up inside a snowglobe with characters that would freak out the people who made Return to Oz, and break into a government facility that houses, among other things, carnivorous butts.Doom Patrol is a show that fully embraces its weirdness in a way very few shows manage. But throughout this, our characters continue to struggle and fight against the forces that work against them: a reality that wants to write their narratives for them, a government agency that wants to track, monitor, and use them because they don’t fit neatly into the idea of normalcy, and a few overprotective father figures with questionable ideas of what it means to protect their children or their charges.Together, the team validates each others’ struggles. Cliff immediately accepts Crazy Jane, and the eventual dive into her mind helps him understand that only she can put herself back together – and that it’s with the strength of her relationships that she can start to try to do it. Larry Trainor was a gay man living in mid-century America. When he was forcibly united with the Negative Spirit, the idea of hiding his real self from his loved ones became very literal, and the disfigurement he held for himself in his mind became real – and toxic. It wasn’t until he started to communicate with the spirit that he was able to find peace with his own truth. Cyborg, who I’ve previously described as a Justice-League-grade hero had to push his way out from under his helicopter-parent father to truly become himself and to find an even ground on which he could communicate with that father. The group went through therapy together, even if there was a rat inside Cliff’s head for it.And while these characters were working through their collective and individual traumas, we got an incredibly good-looking show with stellar character designs and great visual effects. The arc that took the characters to Nurnheim stands out as an especially good-looking part of the show with some wild monsters for the characters to fight off, making them look like a superhero team for the first time.And few shows are so compassionate toward their characters. No show is perfect, especially when handling as many sensitive issues – disability, mental and physical trauma, sexual assault, hate, internalized ableism, just to start the list – but I don’t know if I’ve seen any show do it with such aplomb. This is a show about people with very real barriers to living normal lives, not super-geniuses who can take off their power armor, and it lets us into all of their struggles and loves them through it. With reports that suggest the show will see a second season, I can only cross my fingers and hope we’ll see more of these incredible characters.