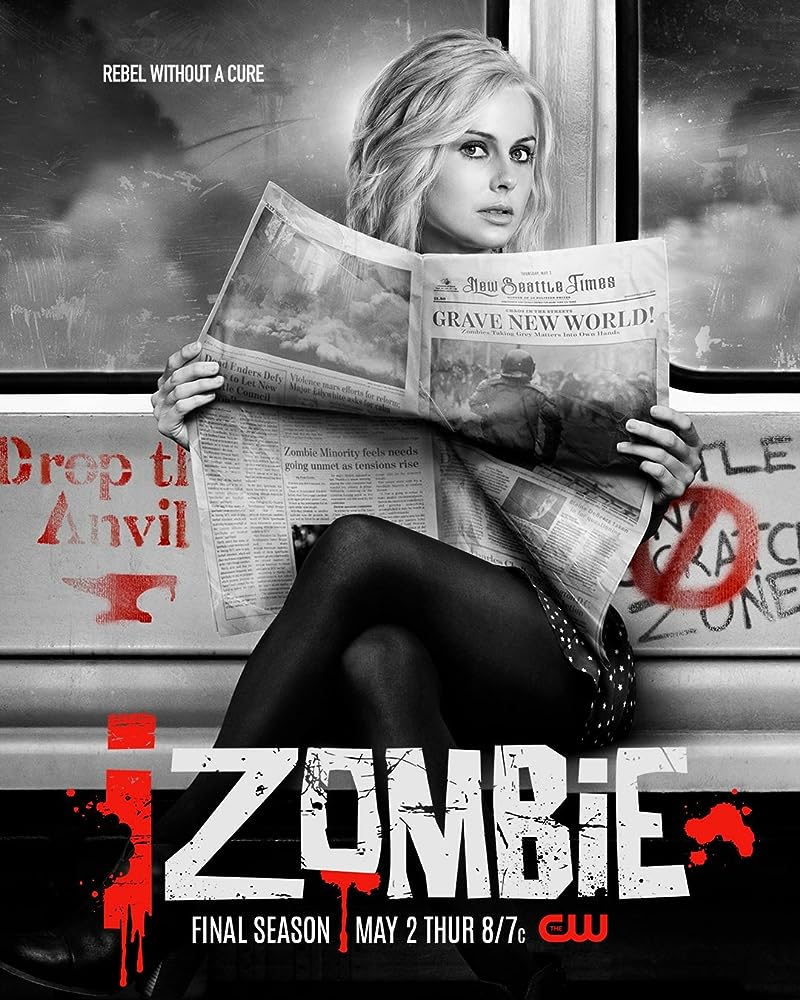 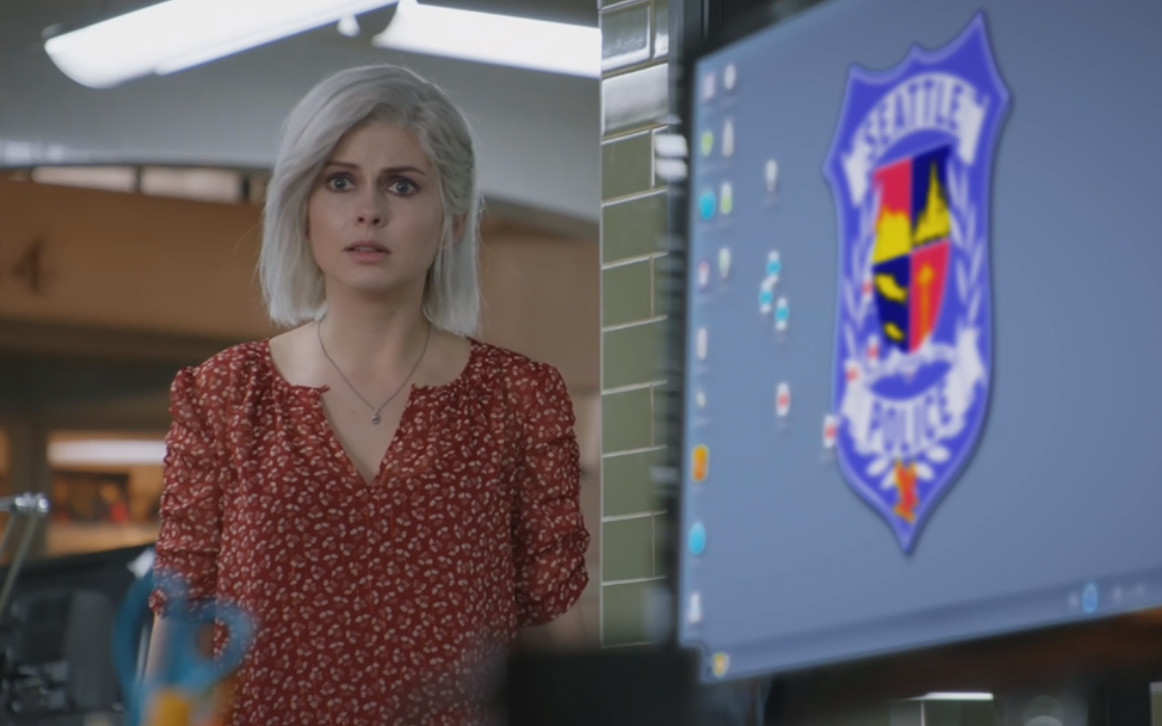 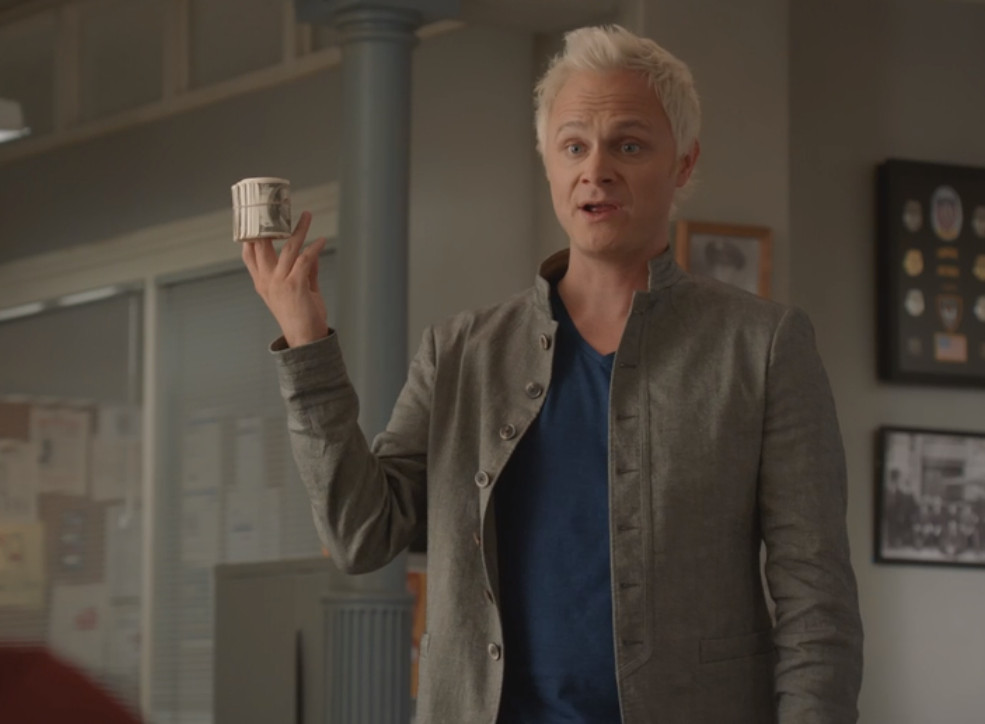 Anyone hoping that Seattle’s new leadership would help ease zombie-human relations on iZombie was out of luck during the show’s fifth and final season. Sure, Peyton is now the acting mayor, and Major is a far more benevolent Fillmore Graves commander than Chase Graves. But six months after the Season 4 finale, the city’s problems remain: There aren’t enough brains to feed the undead, and tensions between humans and zombies are at an all-time high. When a video of the undead chowing down on a human woman’s brain goes viral, things only get worse. Even Blaine — who is living lavishly like a rock star — finds that his brain-smuggling business is in trouble. The border agents he’s paid off to look the other way are no longer OK with zombies, meaning Blaine’s operation isn’t delivering like it used to. And as he explains to Liv and Clive — whose wife Dale is pregnant! — when zombies get hungry, he gets sad. And when he delivers less brains, he’s less wealthy, which makes him even sadder. 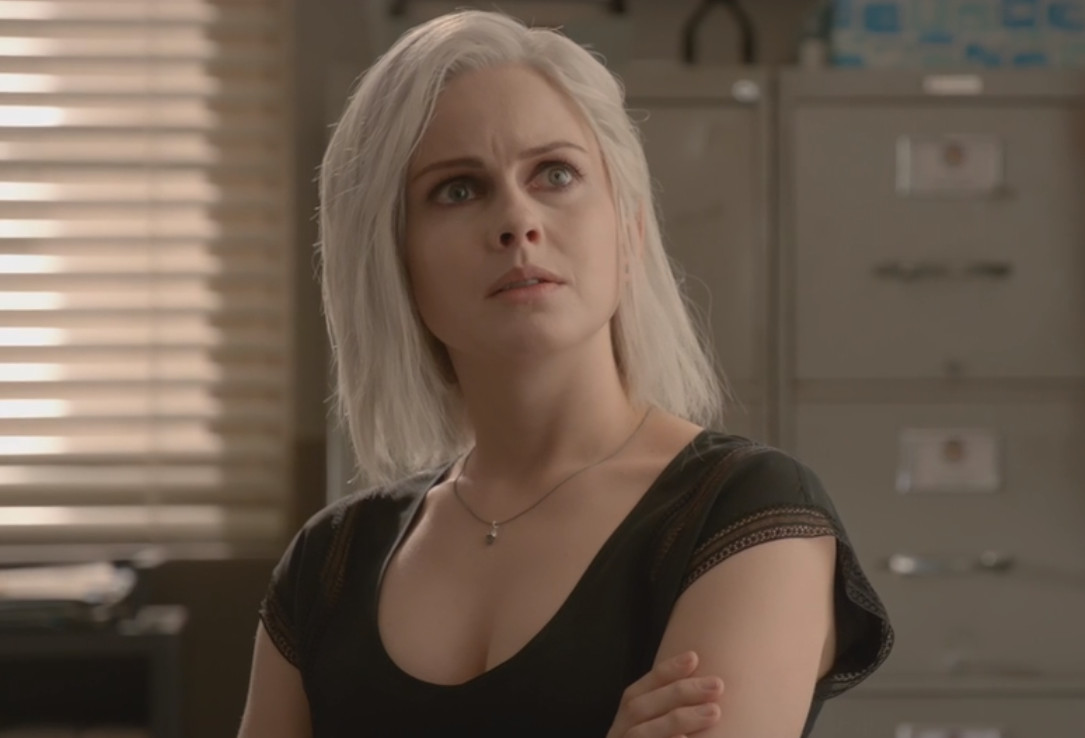 As per their deal, Major puts the pressure on Blaine to bring in the goods. “It’s why people are willing to pretend you’re Jack Sparrow and not Jack the Ripper,” Major reminds him. So Blaine kidnaps the five border security guards and threatens to turn them into zombies and kill all their loved ones. Four of them agree to resume their partnership, while the fifth never returns to work, if you know what I mean. 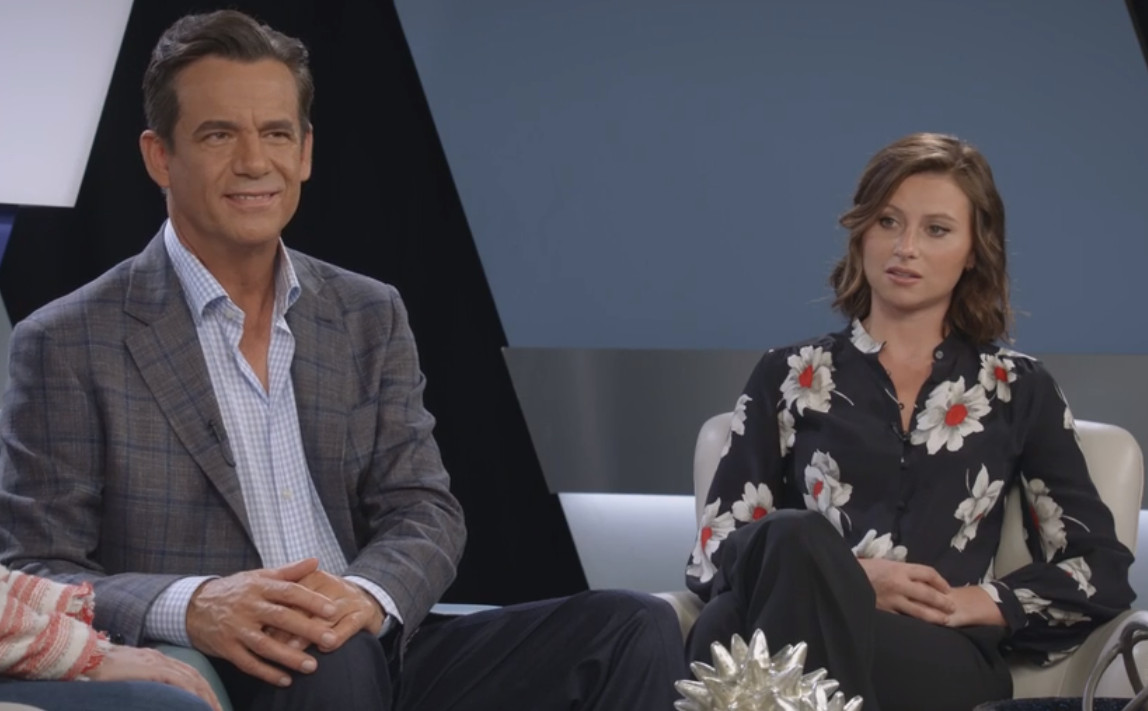 Meanwhile, the zombie-hating Dead Enders are going to extreme and violent lengths. A human man approaches one of the activist leaders at her food truck and is given a location and time. He then drives a van armed with explosives into a security checkpoint, killing several Fillmore Graves soldiers. With all the chaos, it’s easy to understand why Major is inundated with applications from people wanting to leave Seattle. At the same time, Liv is reviewing hopefuls who want into the city, including a video from a teen boy who’s terminally ill and stuck in a terrible foster home. When she sends Not!Weevil to get him across the border, Liv’s cohort finds a surprise waiting for him: two little girls from the foster home, who are also in need of saving. Even though he doesn’t have IDs for the girls, Not!Weevil takes all three kids with him. But alas, one of the other passengers on the bus tips off the police to the girls hiding in the bathroom. 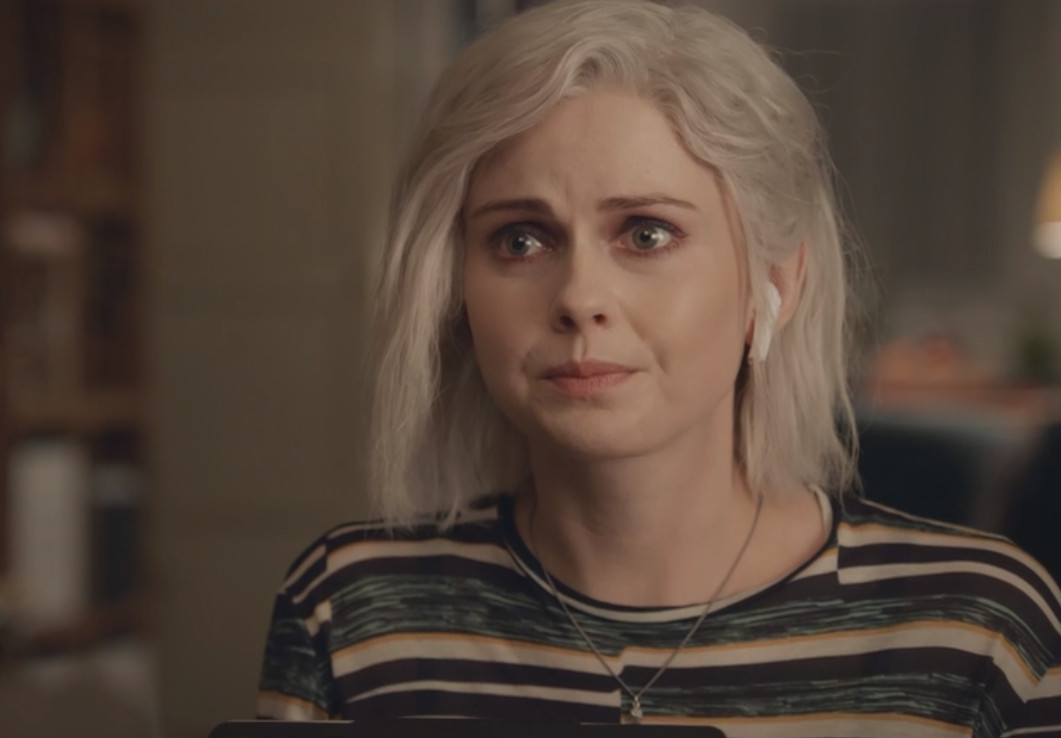 Back at home, Ravi consumes the brains of a Vinnie Jones-type macho man and goes all aggro. Thankfully, he has a very understanding but no-nonsense girlfriend in Peyton. On the downside, he doesn’t get off to the best start with his new liaison on the cure, seeing as how he mostly just yells at her. The other doctor figures out the condition needed to derive the cure, but the real Ravi warns her that it would put 300 children’s lives in jeopardy. She eventually comes around to his side and keeps the information from her bosses. and thats just the opener. 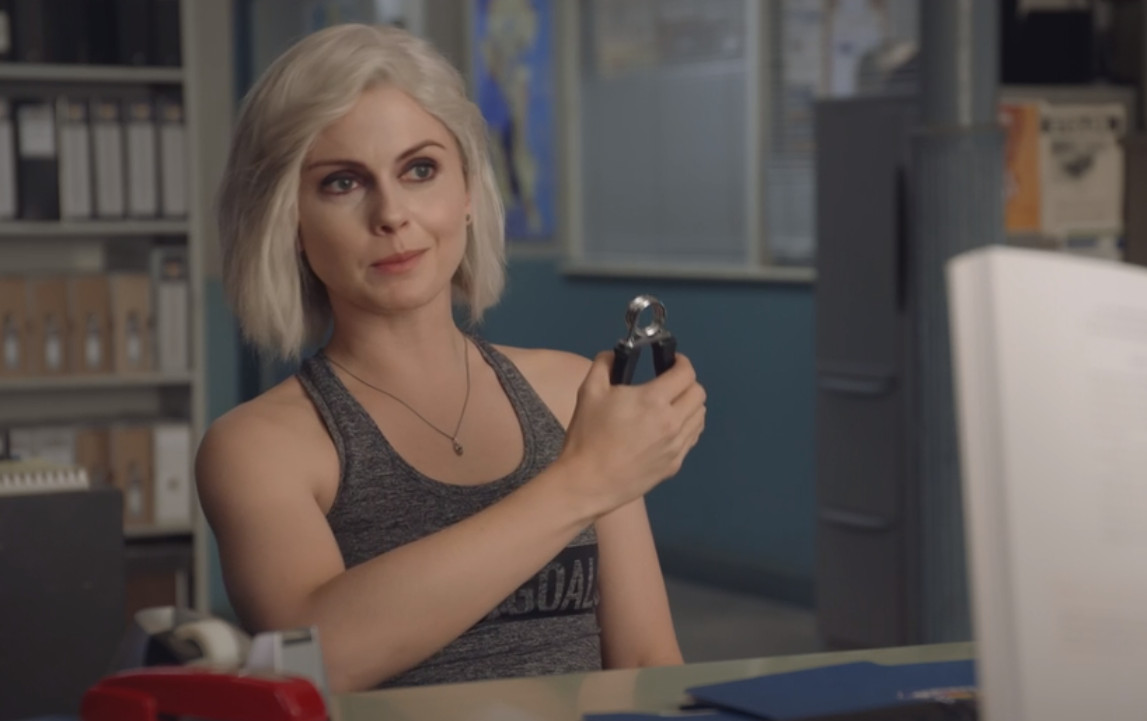 The remaining episodes of the season bring some laughs, some sadness and more brain eating fun from our favorite Zombie. with the series coming to a close it will always remain a quirky entertaining show with a lot of heart and will be missed. 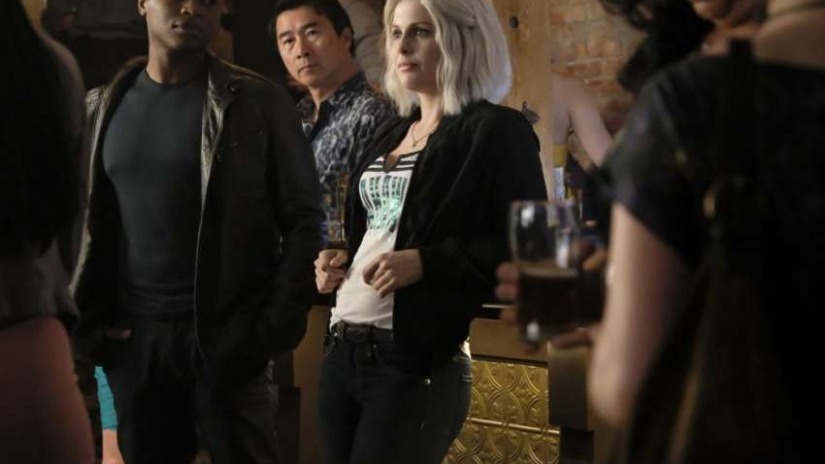 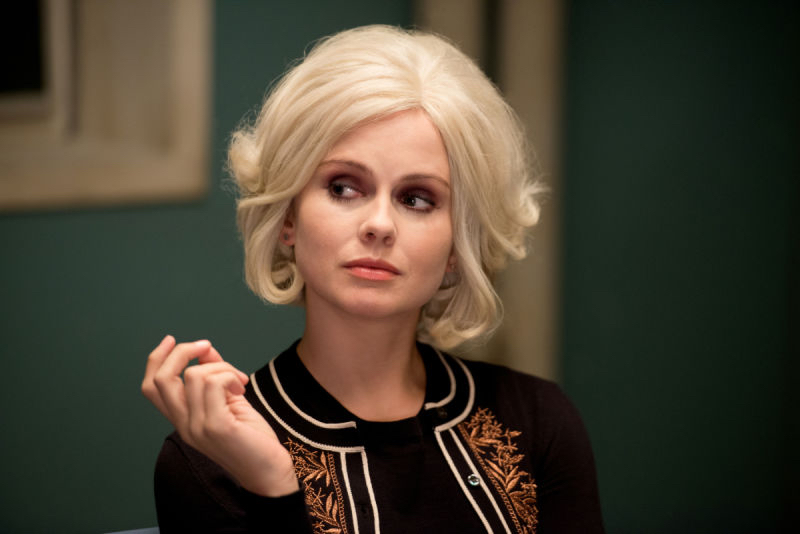 Across its first three seasons, iZombie was largely Veronica Mars with zombies and that was no bad thing. It was consistently entertaining, offered a fresh take on the overpopulated zombie genre and had a cast of characters you genuinely engaged with, not to mention a hugely underrated lead turn from Rose McIver, who absolutely nailed every single personality she was asked to inhabit.  From superhero-brain to old-man-brain and many more in between, Liv’s (McIver) various personalities after eating the brains of victims to solve their murders have been a large part of the show’s quirky charm. 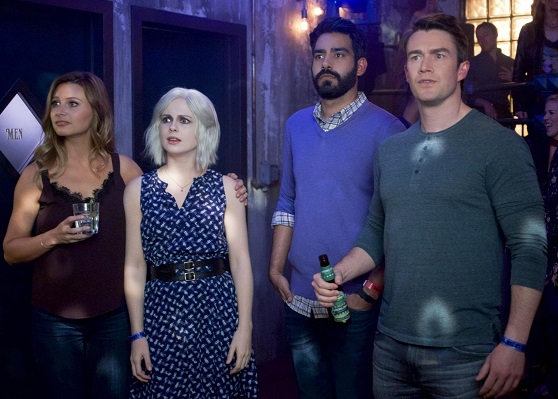 Yet you had the sense it was always building to a game-changing event – which came in the season-three finale as the existence of zombies was revealed to the world. Following a time jump, season four started with Seattle becoming the walled city of New Seattle as the US government contained the zombie outbreak, setting up a season-long conflict between zombies and humans that looks set to explode in the season four finale.More importantly though, the season has upped the stakes for Liv, where she’s not just a crime-solving zombie any more, meaning that the ‘Brain of the Week’ structure has taken a bit of a backseat. It’s a big change that is good for the show, especially now that it’s been renewed for a fifth and final season by The CW. 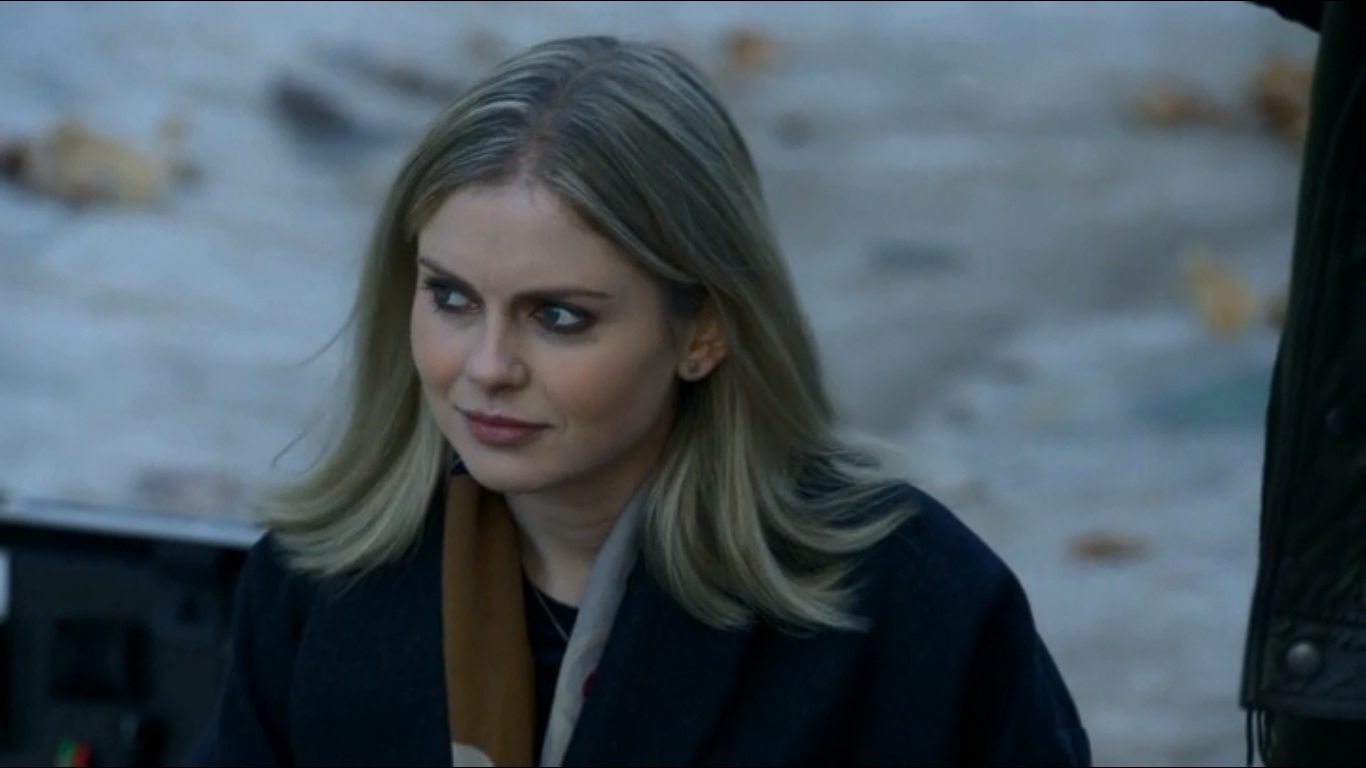 This season has seen Liv become the underground leader Renegade after the previous leader was brutally executed, smuggling sick humans into New Seattle and scratching them to save them so they can start a new life as a zombie. It’s put her in the sights of Fillmore-Graves, who are responsible for controlling the population in New Seattle, with the penultimate episode seeing her turn herself in to protect her boyfriend Levon (Daniel Bonjour). Liv’s arc has helped to keep the show fresh, immune to the problems of predictability that can affect long-running crime procedurals due to the repetitive structure. Instead we have a show whose morally complex central storyline has a genuine sense of peril – tricky when your main character is a zombie, even though we can’t imagine Liv will be killed off in the season-four finale.

The big change hasn’t been without its issues, though, as some overstuffed episodes in the second half of season four struggled to find the right balance between quirky and serious. However, when the show could easily have rested on its laurels, it decided to change things up. Surely it’s better for an established show to rip up the status quo? It’s not like fans haven’t had the ‘Brain of the Week’ to enjoy, either, as Liv has savoured hopeless-romantic-brain, germaphobic-brain and pick-up-artist-brain among others, and the rest of the cast have got in on the act too (Major’s wrestler-brain remains a highlight). The only difference is that these are now just the delicious sides to the meatier main course of the season.

And with co-creator Rob Thomas revealing before the show was renewed that he needed just one more season to get to the “end of our story”, iZombie’s move into a more serialised storytelling can pay dividends in the final season as it’s clear that it’s all been building to a planned resolution.

That’s likely to be the discovery of a workable zombie cure, and Ravi had a breakthrough in the penultimate episode – but iZombie doesn’t need to be cured. It’s never felt more alive.