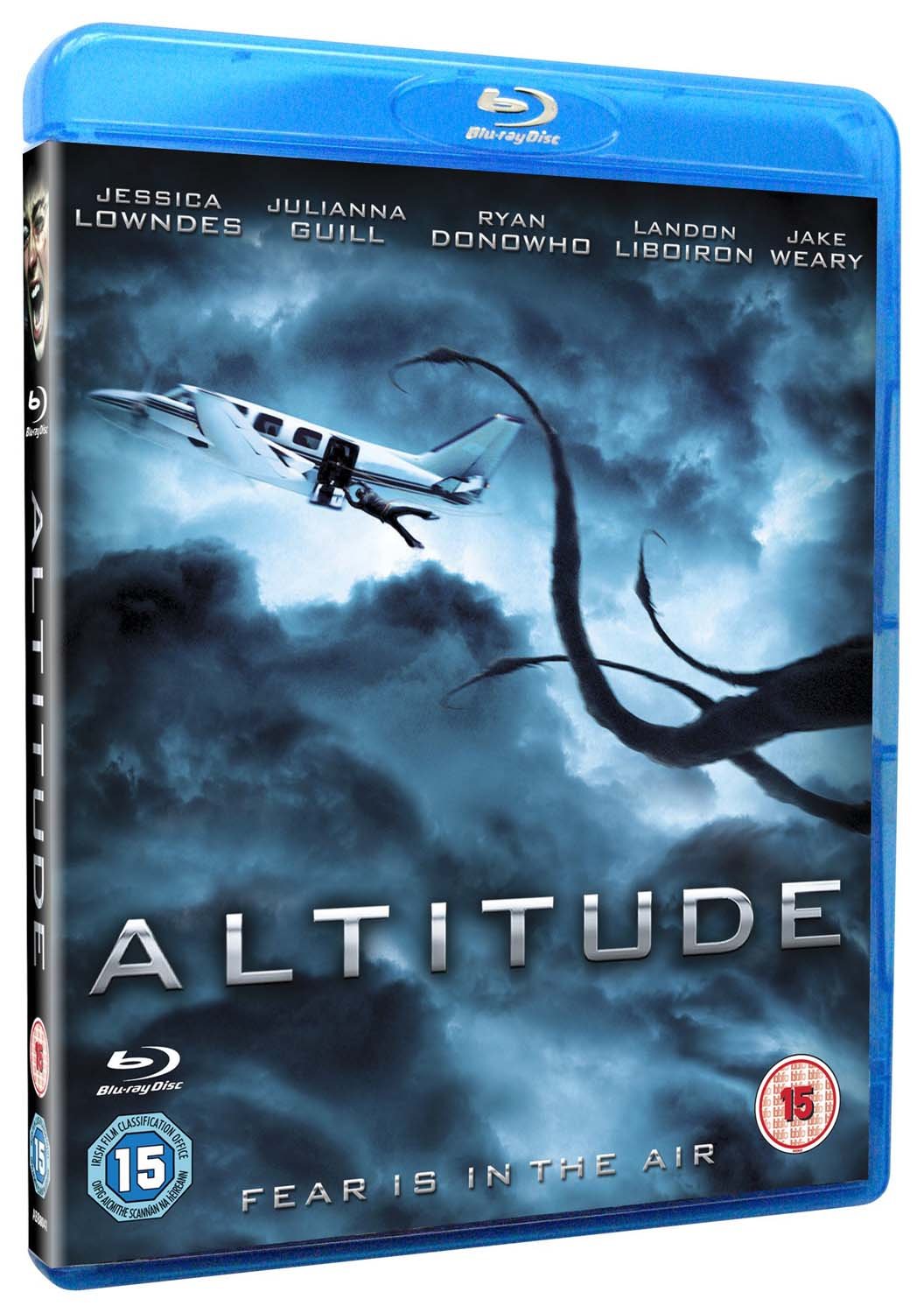 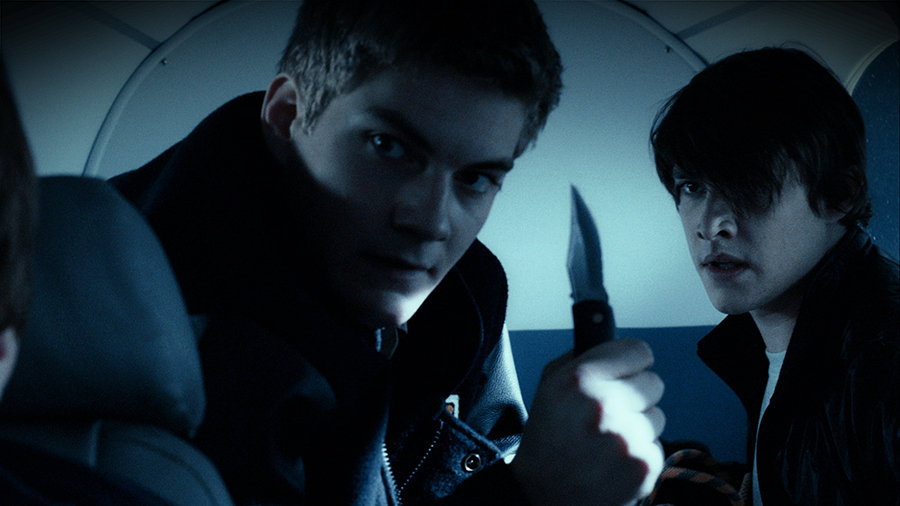 In the prologue, the mother of Sara (Jessica Lowndes) is transporting a family of three (two parents and their son) in a small aircraft. The child is extremely nervous and starts hyperventilating. Wondering why he is so afraid, the parents suddenly see an out-of-control aircraft that crashes into them, and everyone plummets to the ground. 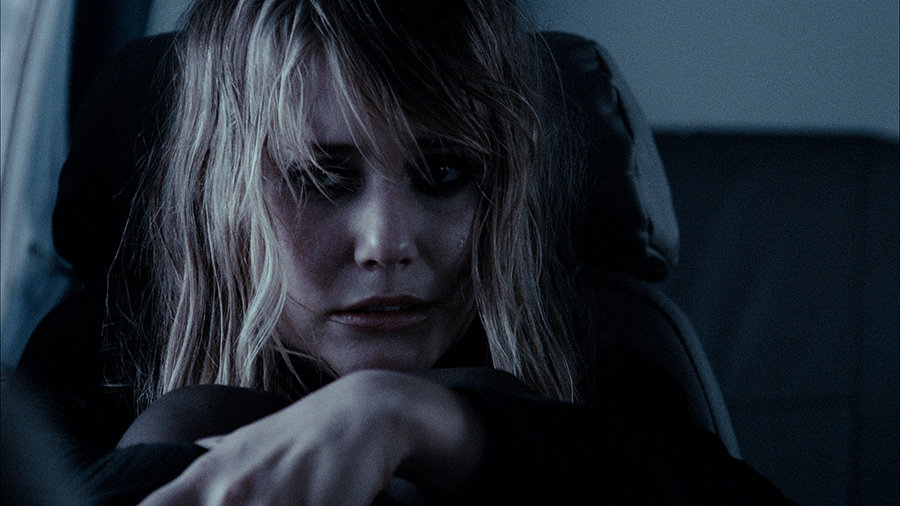 Years later, Sara, who has recently received her pilot’s license, is planning to fly to a concert with her friends: her boyfriend Bruce Parker (Landon Liboiron), her cousin Cory (Ryan Donowho), her best friend Mel (Julianna Guill) and Mel’s boyfriend Sal (Jake Weary). While in the air, Bruce’s nerves draw ridicule from the others and Sara invites him to take the controls. They hit some turbulence and Bruce loses control, taking them into a steep climb. 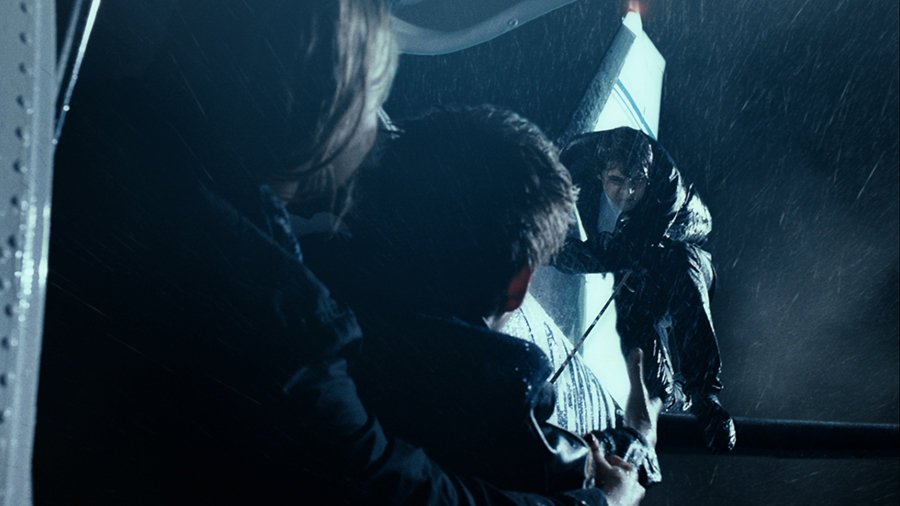 Sara tries to regain control, but a loose bolt has jammed the elevator. Only able to climb, they fly into a storm and lose radio contact. Sara explains that with the elevator jammed, they will keep climbing until they run out of fuel or reach the aircraft’s ceiling. They have less than an hour’s worth of fuel left; Bruce has a panic attack and is put to sleep with a choke hold by Sal. In an effort to save fuel, they jettison everything overboard. The only way to unjam the tail is to climb outside and manually remove the obstacle. Cory, who has experience as a climber, volunteers. He has climbing gear with him and a rope for to use as an anchor. Sal wraps the rope around himself and after some difficulty, Cory makes it to the tail and removes the errant bolt. Sal then sees a horrifyingly giant tentacle among the clouds and loses control of the rope. Cory slips and Sal is almost pulled out of the aircraft. Panicking, he cuts the rope and Cory falls, only to be caught by the monster tentacle. 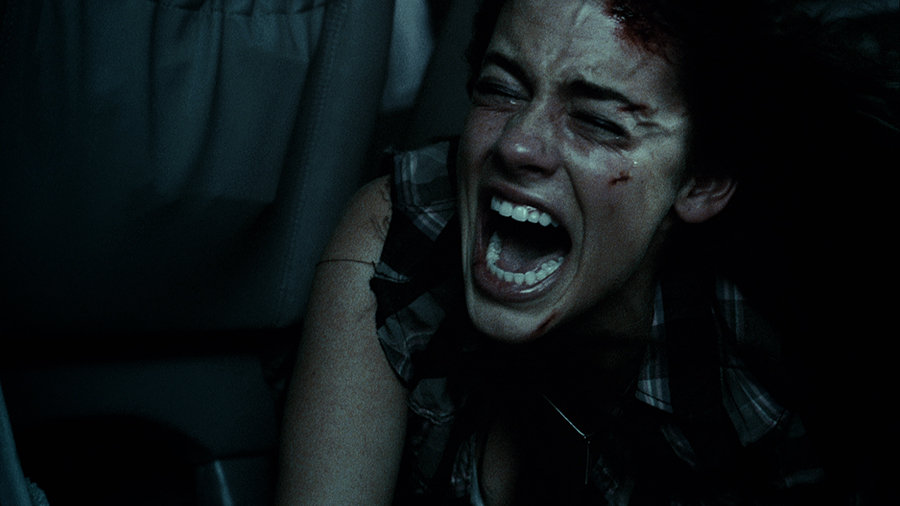 When Bruce awakens, he finds he has been tied up and learns Cory is dead, along with a monster outside. Bruce tells Sara that he was in the crash that killed her mother and his parents. Sara tries the radio again and hears a strange noise. Sal recognizes it as the monster that took Cory. Suddenly, the aircraft crashes into the monster’s open mouth. Bruce looks at a page of his comic which shows a blond woman being grabbed by tentacles. Immediately, a large tentacle grabs Mel and kills her. Bruce starts flicking through the comic book, as if he has discovered something. Sal threatens to kill Bruce for causing Mel’s death and tries to throw him out, but Sara intervenes and in the ensuing confusion, Sal falls out the door and plummets to his death. 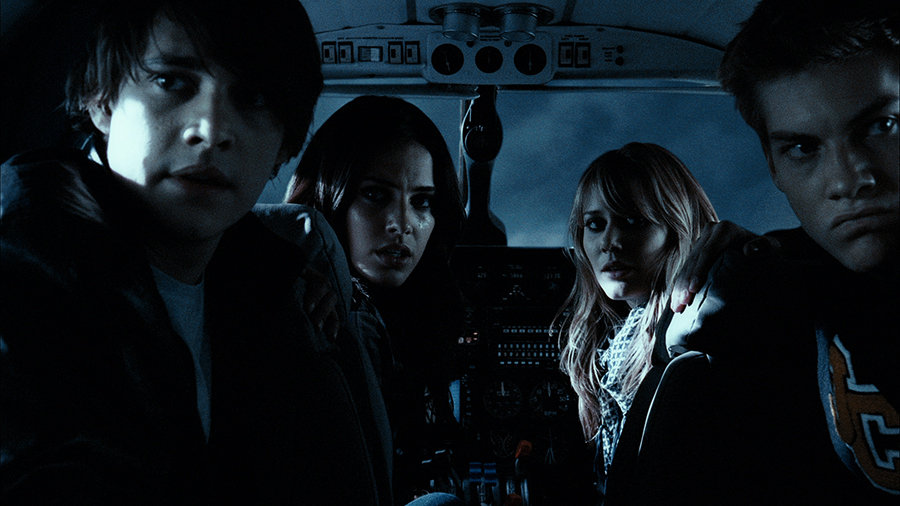 Bruce tells Sara he is causing all this; that his mind is recreating the comic book, something that happens when he gets very scared. The creature starts attacking the aircraft, and Sara demands that Bruce prove he is doing it by ending it all. His attempts just make things worse, until Sara kisses him, but is grabbed by the monster. She tells him that if he can do all this, then he can bring his parents back. After a struggle, the monster suddenly disappears and she falls back into the aircraft. As they fly out of the storm, they see another aircraft heading straight for them, carrying Bruce, his parents and Sara’s mother. They manage to take control of their aircraft, and don’t crash into the other. 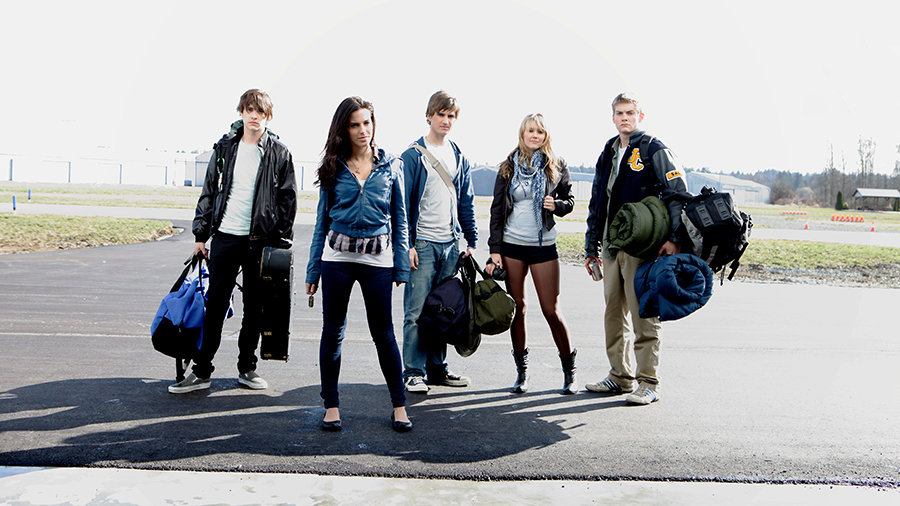 In the altered past Sara’s mother and Bruce’s family have arrived at their destination intact. Sara’s mother says “Everybody gets one near miss, right?”, and Bruce’s mom asks, “Do you think they made it?” to which Sara’s mother replies “I hope so.” The young Sara and Bruce are introduced to one another, holding hands and looking out into the sky. 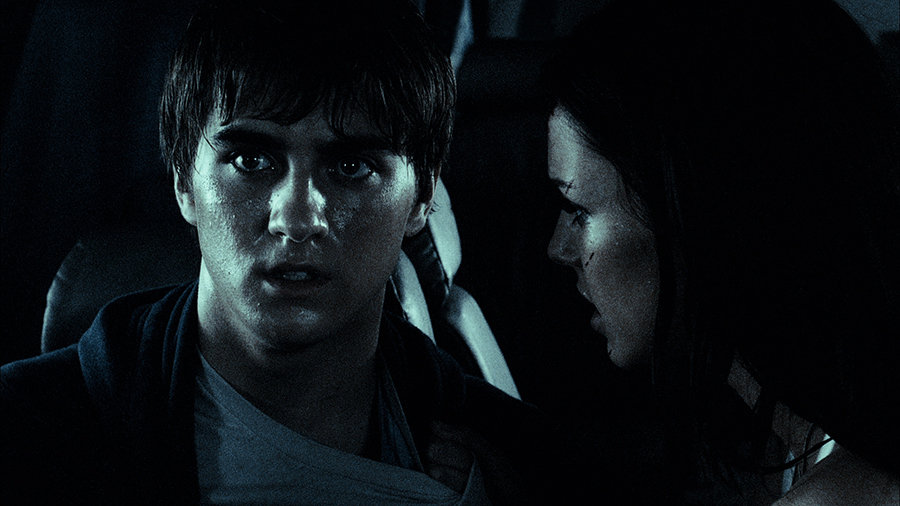 While I admit parts of the film could have been better. overall it was a enjoyable film. The plot was very similar to triangle and to be honest a little predictable.