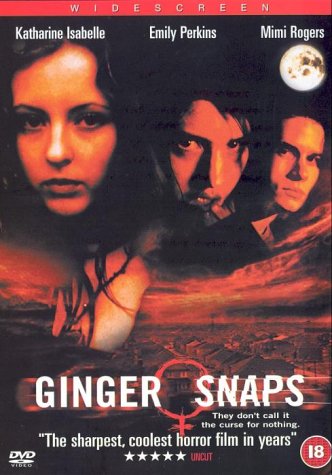 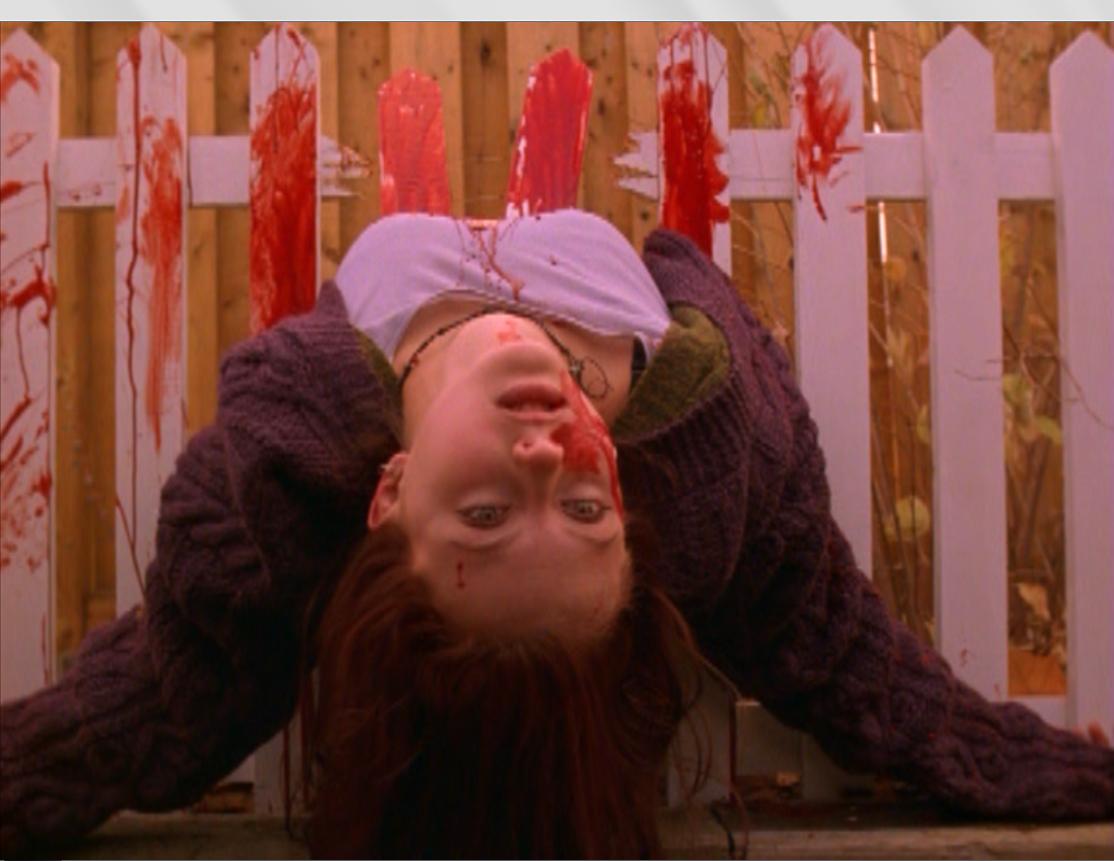 The film is set in Bailey Downs, a suburb where a rash of dog killings has been occurring. Brigitte and Ginger Fitzgerald are teenage sisters who harbor a fascination with death and, as children, formed a pact to die together. One night, while on the way to kidnap a dog owned by school bully Trina Sinclair, Ginger begins her first period, which results in the girls being attacked by the creature responsible for the maulings. The creature wounds and bites Ginger, but Brigitte rescues her. As the girls flee, the creature is run over by a van belonging to Sam MacDonald, a local drug dealer. Ginger decides not to go the hospital as her wounds heal quickly.Following the attack, Ginger undergoes physical and mental transformations that concern Brigitte. Ginger starts to behave aggressively and grow hair from her wounds, sprouts a tail, and heavily menstruates. Ignoring Brigitte’s warnings, Ginger has unprotected sex with a classmate named Jason and kills a neighbor’s dog. Brigitte and Sam agree that Ginger was attacked by a werewolf and is in the process of turning into one. On Sam’s advice, Brigitte persuades Ginger to have her navel pierced using a silver ring in the hopes of curing her. Instead, it proves ineffective. Sam then suggests a monkshood solution, which is not possible as the plant is only found in the spring.Later, Trina shows up at the Fitzgerald house to accuse Ginger of kidnapping her dog. As she fights with Ginger, Trina is accidentally killed when she slips and hits her head on the kitchen counter. The sisters narrowly avoid their parents as they put the body in a freezer, explaining the blood to be part of another school project. Brigitte accidentally breaks off two of Trina’s fingers while trying to get the corpse from the freezer. They lose the fingers when they bury Trina’s body. Brigitte tells Ginger she can’t go out anymore, but Ginger remains defiant.On Halloween, Brigitte takes monkshood purchased by her mother and asks Sam to make the cure. While trying to track down Ginger, Brigitte is attacked by an infected Jason and she defends herself by using the cure on him. She witnesses his immediate change in behavior, which proves the cure’s success. At school, Brigitte finds that Ginger has murdered the guidance counselor, Mr. Wayne, and is a witness to her killing of the school’s janitor. The girls’ mother discovers Trina’s corpse and goes looking for her daughters. While she is looking for them, she sees Brigitte running and picks her up. As she drives Brigitte to the Greenhouse Bash, she tells her that she will burn the house down by letting it fill up with gas then lighting a match to erase evidence of Trina’s death. Brigitte arrives to find Sam rejecting Ginger’s advances. As he approaches Ginger, she breaks his arm. In despair, Brigitte infects herself as Sam pleads with her not to. As the sisters leave, Sam knocks Ginger out with a shovel. Brigitte and Sam then take her back to the Fitzgerald house in his van, and prepare more of the cure for Ginger.Ginger fully transforms into a werewolf on the way home and escapes the van. Aware that she has transformed, Sam and Brigitte hide in the pantry as he makes the cure. When he goes to find Ginger, Ginger mutilates Sam. Brigitte picks up the dropped syringe and follows the blood trail downstairs. After finding an injured and bloody Sam she tries to save him by drinking his blood in an attempt to calm Ginger, but can’t go through with it. Ginger sees Brigitte’s revulsion and kills Sam in front of her by biting him in the jugular. As Ginger stalks Brigitte through the basement, Brigitte returns to the room where they grew up. Finding the knife that Ginger had been using to remove her tail, Brigitte holds the cure in one hand and the knife in the other. Ginger lunges at her, becoming fatally stabbed with the knife. Brigitte lays her head upon her dying sister’s chest and sobs.There is plenty of black humour mixed with violent events mostly perpertrated by Ginger herself and the script is very well written.All in all this is one of the best movies I have ever seen in my life! and the music for the film is mysterious and gothic! and totally brilliant.