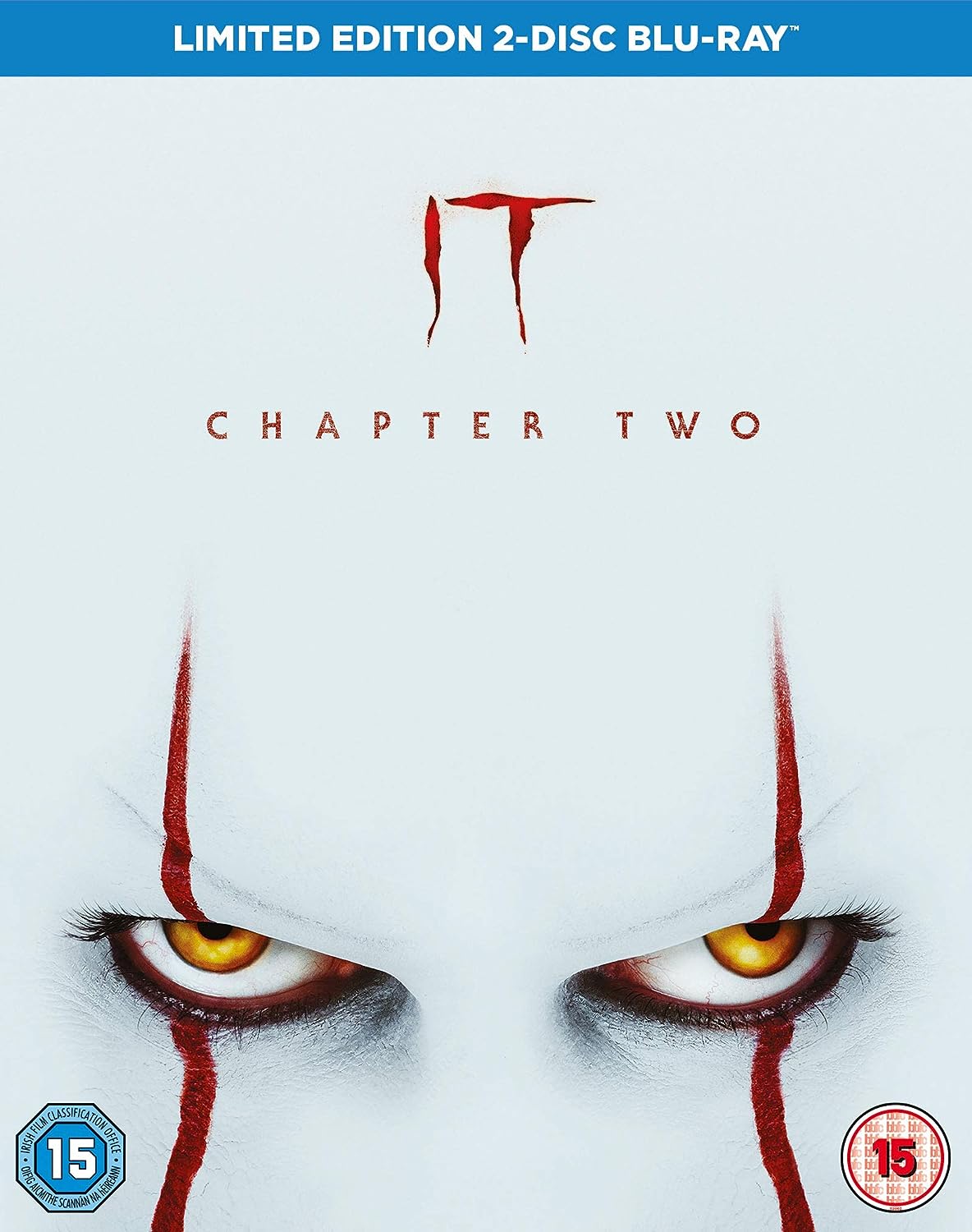 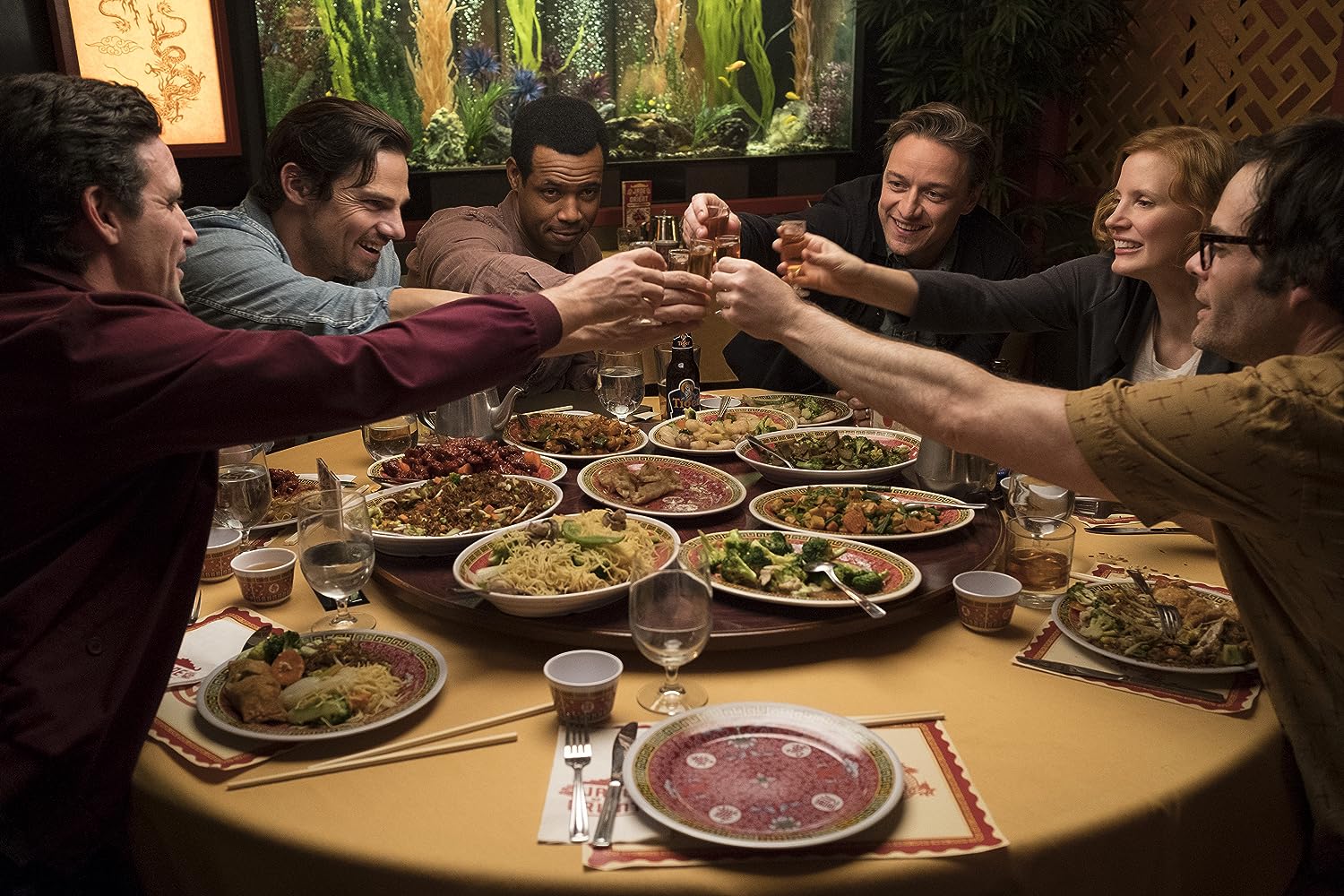 In 2016 Derry, Maine, Don Hagarty witnesses his boyfriend Adrian Mellon being murdered by Pennywise after a gang of homophobic teenagers beat up and throw Adrian off a bridge while leaving the annual Derry carnival. Overhearing a police scanner, Mike Hanlon discovers It has returned and calls his childhood friends, Bill Denbrough, Ben Hanscom, Beverly Marsh, Richie Tozier, Eddie Kaspbrak, and Stanley Uris, back to Derry to honor the promise they made in 1989 to kill It if it came back. While the others travel to Derry with only hazy memories and a sense of dread, Stan slashes his wrists in the bathtub soon after getting the call. The Losers meet for dinner at a Chinese restaurant, where Mike refreshes their memories while they are tormented by hallucinations and learn of Stan’s death. 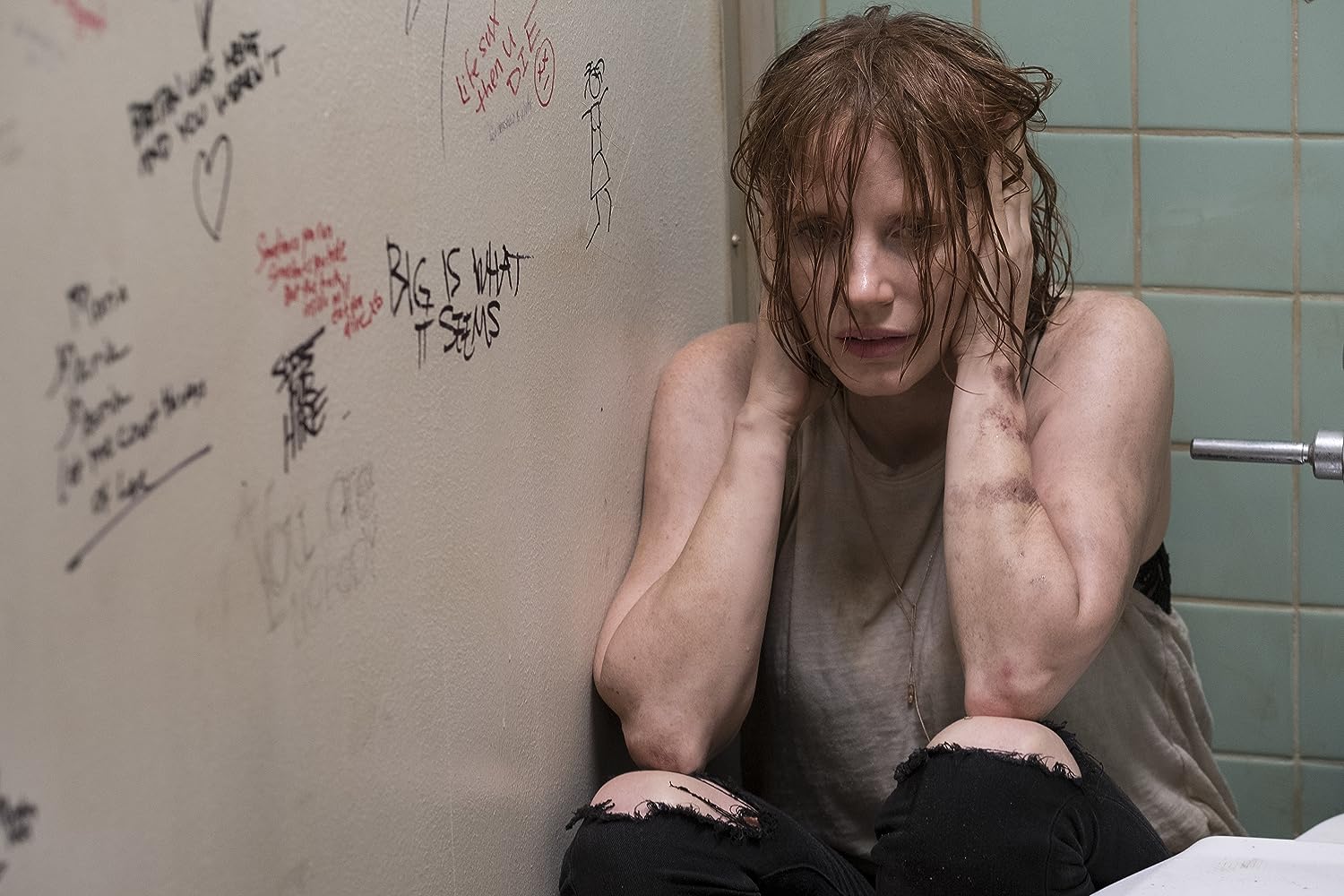 Richie and Eddie decide to leave until Beverly reveals that ever since she was exposed to It’s Deadlights, she has been experiencing visions of their deaths should they fail or leave town without fulfilling their promise. Mike takes Bill to his library abode and shows him, via a drug-induced vision, that the Shokopiwah Native American tribe’s Ritual of Chüd can stop It for good. After the others agree to perform the ritual, Mike explains that the ritual requires seven personal items from their past to be sacrificed. At a baseball game, a little girl named Victoria is killed after It deceives her by saying that he can remove a birthmark from her face. Meanwhile, Henry Bowers, who survived being pushed into the well at the Neibolt house and was arrested for murdering his father in 1989, escapes from a mental institution with help from It.Getting Stan’s shower cap in the Losers’ old clubhouse, Mike advises the others to find their artifacts by retracing their steps following their falling out after first entering the Neibolt house. Beverly finds Ben’s love letter at her old home, still believing Bill wrote it, and encounters It posing as Mrs. Kersh. Ben recalls his childhood encounter with It at high school before realizing his artifact is the yearbook page Beverly signed which he kept in his wallet. Both Richie and Eddie recall their own personal encounters with It while retrieving their artifacts: a game token from an abandoned arcade, and an inhaler. Pennywise taunts Richie about his sexuality, leading to him deciding to leave again and reconsidering again after recalling Stan’s bar mitzvah, before menacing Eddie in the guise of the Leper, but flees when Eddie standing up to It causes the being to shrink in size.

Bill finds his childhood bicycle “Silver” and recovers the paper boat from the storm drain where Georgie was killed while meeting a boy named Dean, who they saw earlier at the restaurant and lives at his old house and hears voices from the shower drain. Bill regroups with the others before running off to the carnival and into a funhouse after learning It is going after Dean, only to end up watching helplessly as It kills the boy in front of him. Henry unsuccessfully attempts to murder Eddie before attacking Mike, though Richie intervenes and kills him. The Losers join a traumatized Bill at the Neibolt house, talking him out of facing It alone out of guilt.

The group descends into a cavern beneath the sewers, Mike providing a rock from the Losers’ fight with the Bowers Gang as they perform the ritual in the remains of the meteor that brought It to Earth ages ago. The ritual appears to work in trapping the Deadlights in the sealing jar, but they escape after It emerges from the jar in a giant spider-like form. It pressures Mike into revealing that It killed those who previously performed the ritual and that Mike created the sealing jar. Mike assures the others they have a better chance in facing their fears but they accuse Mike of lying to them. It attacks the Losers and places Bill, Ben, and Beverly in nightmarish scenarios, which they escape once Bill lets go of his guilt over Georgie’s death and Beverly realizes Ben wrote the love letter, while Richie and Eddie are forced to choose from three doors. 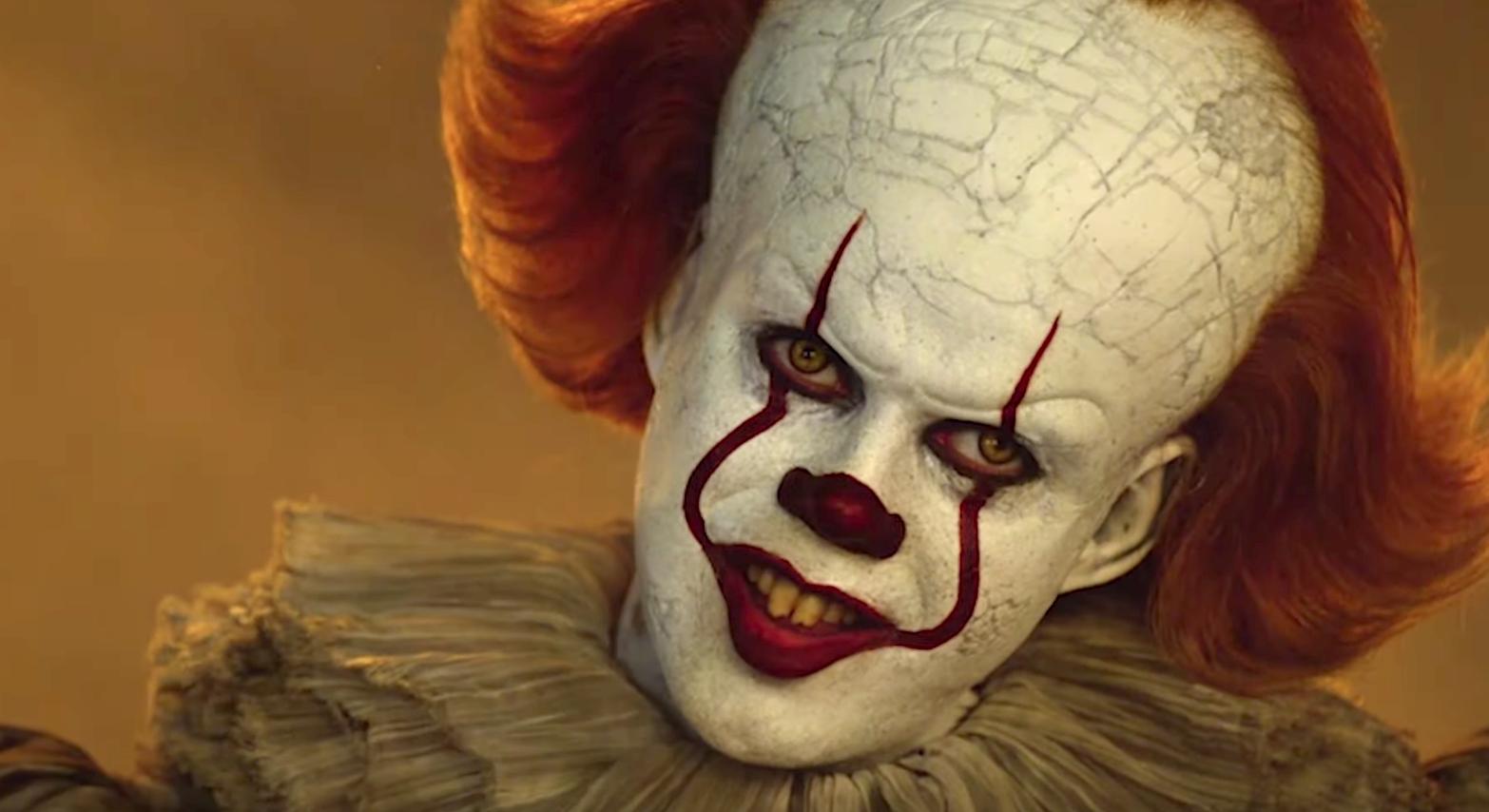 Mike gets caught by It, but Richie manages to distract It allowing Mike to escape, getting caught in It’s Deadlights, and Eddie is fatally impaled after saving him. Eddie reveals how he made It feel small earlier, making the Losers realize they can do that by exploiting his requirement of a physical form and how they see it. They begin taunting It, showing that they are not afraid of any of It’s forms and calling the creature “just a clown.” Their plan works, with It surprisingly regressing physically and mentally into a helpless infant. Mike proceeds to rip out It’s heart so he and the Losers can crush it, finally killing It for good. Eddie dies from his injuries, and the Losers are forced to leave him behind when It’s death causes a cave-in that destroys the Neibolt house. 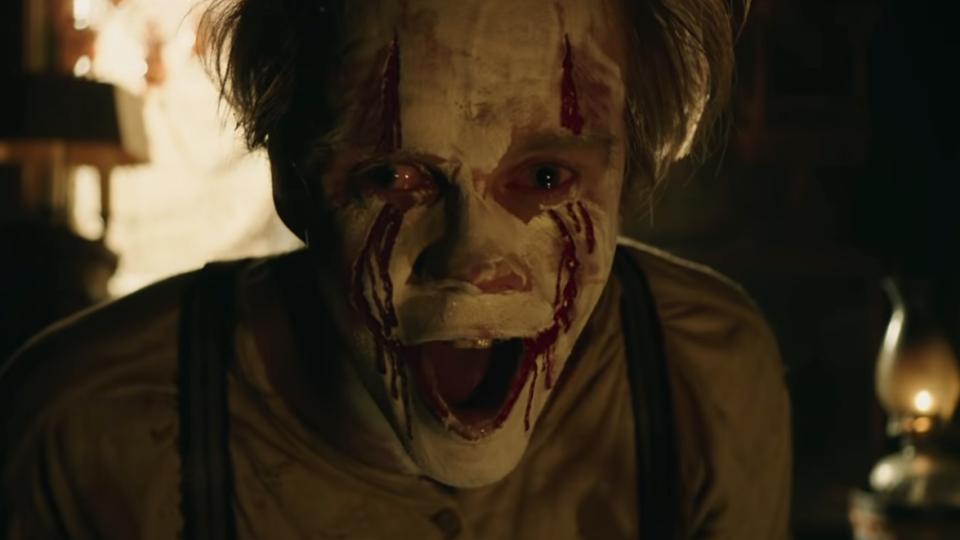 The remaining Losers comfort Richie as he mourns for Eddie, their ordeal’s end signified by the scars on their hands disappearing. After the Losers part ways, Ben and Beverly become a couple, Richie returns to the kissing bridge where he had once carved his and Eddie’s initials, Mike decides to move out of Derry and start a new life, and Bill begins writing his new story before receiving a call from Mike as he leaves Derry, learning that Stan sent them all posthumous letters. Stan reveals in his letter that he was too scared to deal with Pennywise again and his suicide was actually a means to give his friends a fighting chance against It and asks the remaining Losers to live life to the fullest.

It: Chapter Two is a great conclusion to the It duology with a final battle that goes on 15 minutes too long and some rushed scenes, but has great acting and mostly great writing, while maintaining the first movie’s strong message about friendship. It’s definitely the inferior of the two movies, but it’s still a phenomenal watch that I highly recommend. 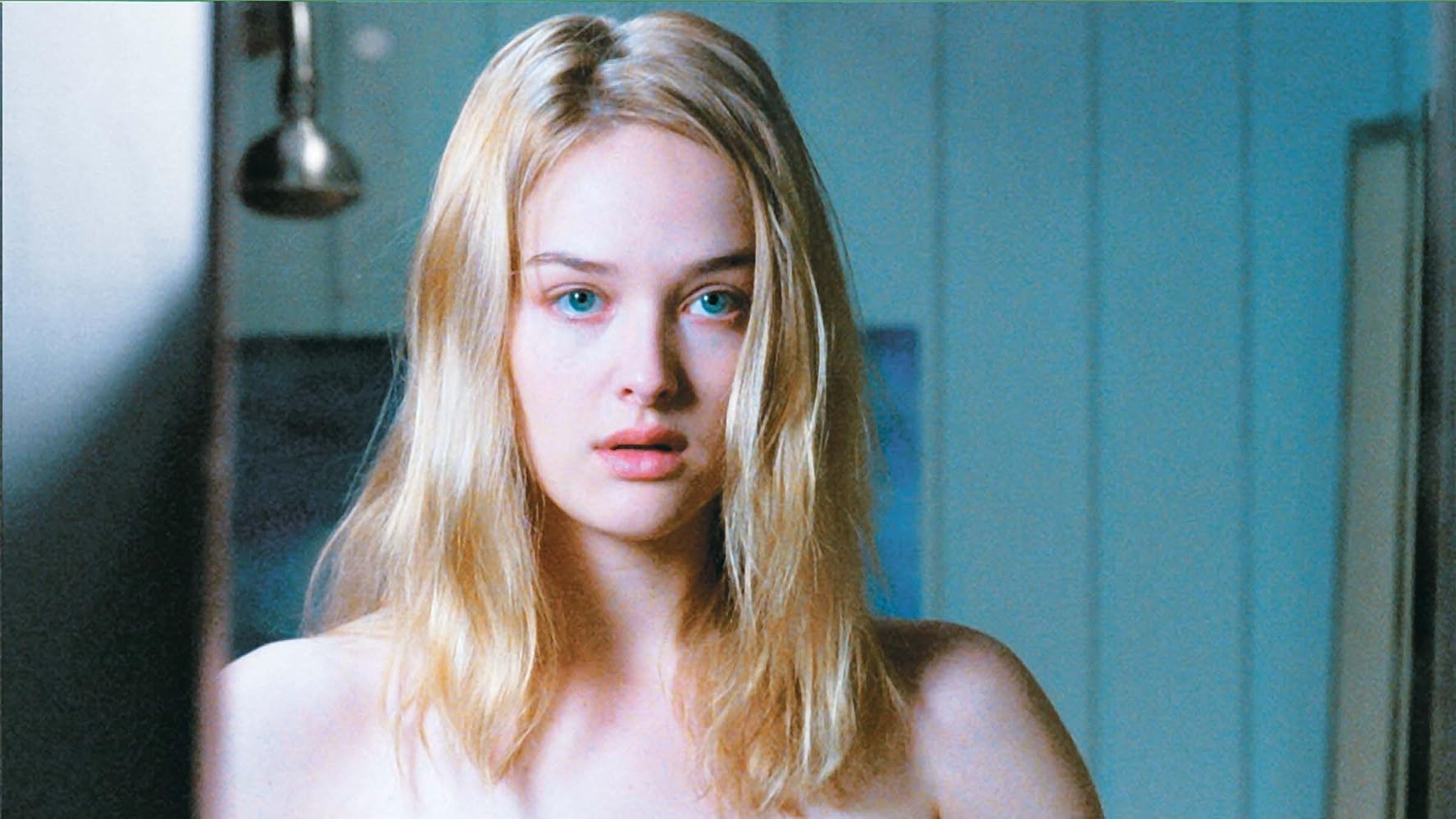 Dawn (Jess Weixler) discovers at a very young age that something is a little different about her. And she quickly represses herself, in part by joining The Promise, a teen abstinence group that stresses purity. That makes it especially challenging when she starts to have feelings for born-again virgin Tobey (Hale Appleman). Their courtship draws parallels to Adam and Eve, ending in tragedy for Tobey after he pushes his temptation a little too far.

And it’s not like Dawn has the happiest home life, either. Her mom is sick, possibly the result of those ominous, phallic nuclear cooling towers that hover behind her house. Even worse is having to live with stepbrother Brad (John Hensley), a tattooed, mutton-chopped bad boy who listens to a lot of heavy metal music, has a pet Rottweiler he keeps in a cage–and has developed an affinity for asses, the result of a painful childhood curiosity for his stepsister that left his finger scarred. Dawn quickly does some research and discovers the myth of vagina dentata (Latin for “toothed vagina”), which springs from a primitive masculine dread of the mysteries of women and sexual union. It’s a myth created by men, playing on fears of weakness and impotence. Men are supposed to take an epic journey back to the womb–the “dark crucible” that hatched them–to become a hero and conquer the enemy. But writer/director Mitchell Lichtenstein turns that myth on its head, and the result is a bloody hysterical jolt of female empowerment.

It’s clear from the opening scenes that this story plays out as a cautionary fairy tale, a self-aware spoof of exploitation films with exaggerated characters and performances, and a plot worthy of Greek mythology. There are a number of influences at work: It’s sort of like Tim Burton crossed with John Waters (think Edward Scissorhands meets Serial Mom), mixed with elements of Carrie and Jaws, with I Spit on Your Grave and Hostel 2 thrown in for good measure.

This is one of those movies you hear about and can’t believe got made,  On the surface, it sounds like a stunt movie destined to fail, but there’s a surprisingly powerful message that creeps through. More importantly, it’s damn funny and perhaps the funniest gynecological exam I’ve ever seen on film. 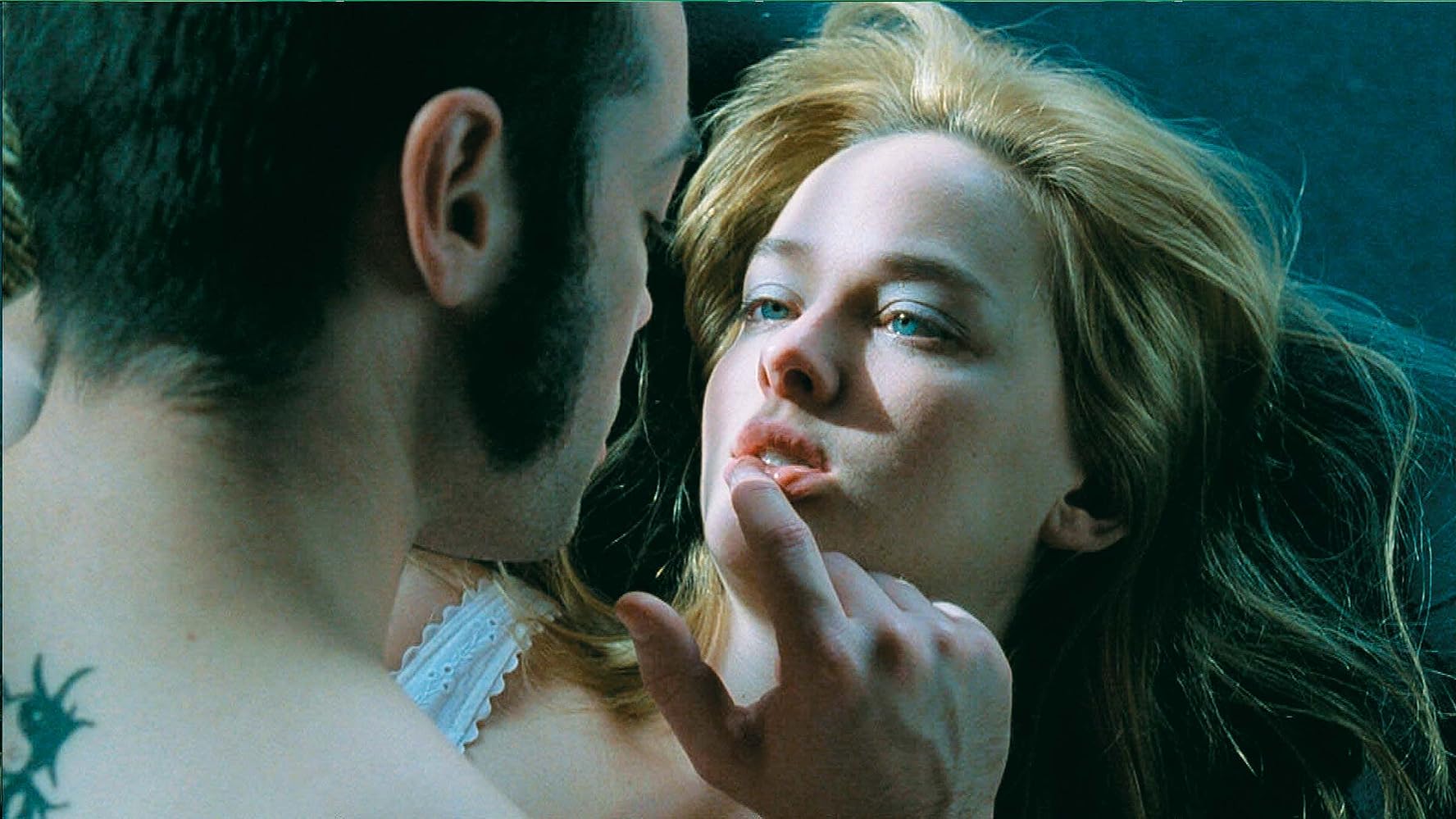 As for the horror fans out there, like myself? It’s gross, for sure, with just enough bloodletting to make you cringe, but this is a comedy first. So don’t watch this expecting to be scared…unless the sight of severed penises is enough to make you scream.