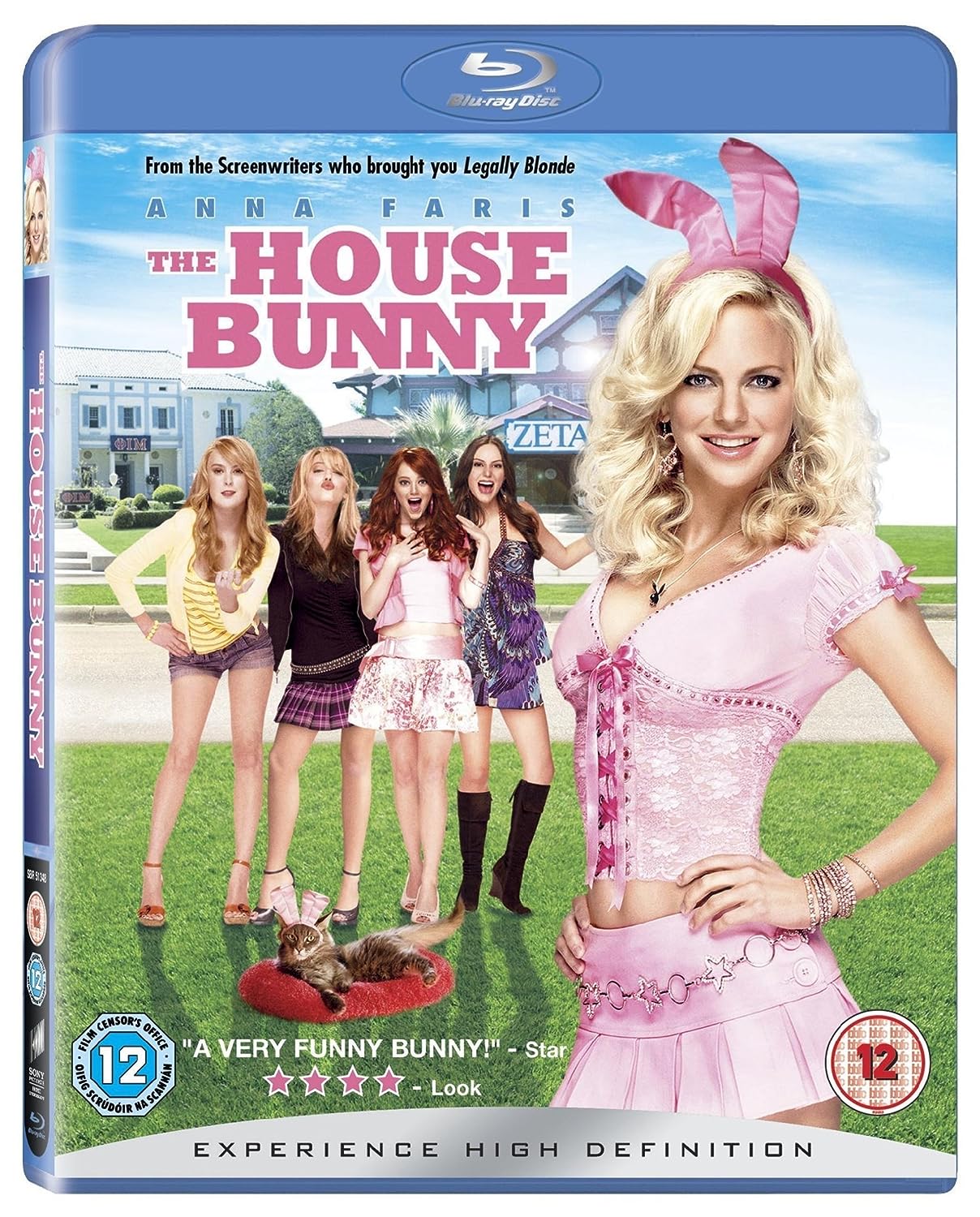 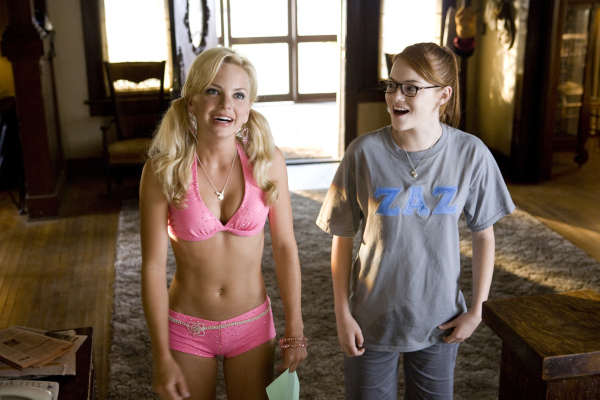 Shelley Darlington (Anna Faris) is an aspiring Playboy Playmate living the life of luxury in the Playboy Mansion. The day after her twenty-seventh birthday, she awakes to find a note, seemingly from Hugh Hefner, asking her to pack up and leave. She happens to stumble upon a group of girls who remind her of herself: beautiful and fun. She follows them and sees that they live in luxury too. They turn out to be the Phi Iota Mu sorority, and snobbishly reject her when she tries to join them. 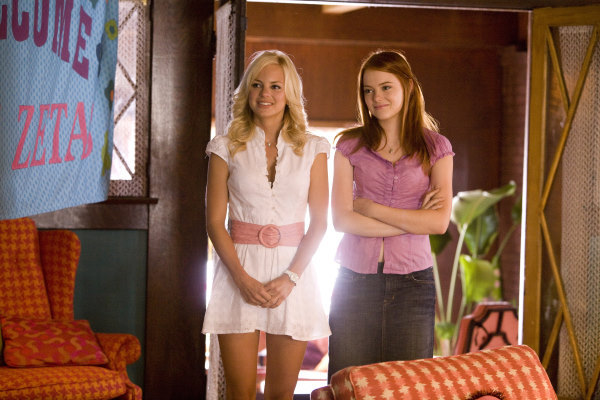 She makes her way down to the Zeta Alpha Zeta house, which appears to be far less luxurious than the first sorority she visited. The members of the Zeta house are dowdy, socially awkward, and caught off guard by Shelley’s bubbly nature, prompting them to initially reject her. Once they see Shelley’s ability to attract boys, the Zetas change their mind and take in Shelley as their new “house mother”, hoping that she can save them: their sorority is in danger of being shut down unless they can get thirty new pledges to join. 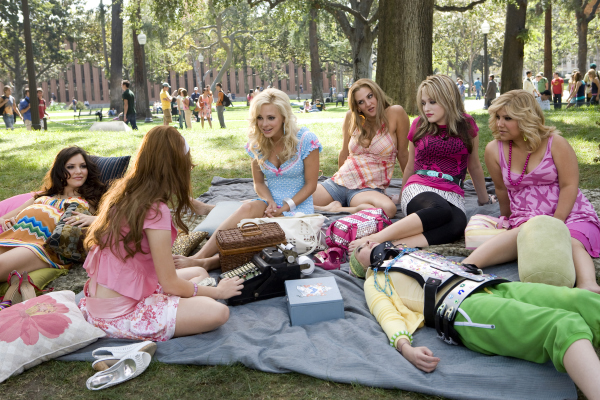 During her time spent with the Zetas, Shelley meets and becomes attracted to an intellectual, altruistic guy named Oliver (Colin Hanks), who works at a retirement home. Shelley goes out on a date with Oliver, and while her flirty tactics work with most guys, they fail with him, for he is a guy who actually wants to get to know Shelley rather than just sleep with her. To impress Oliver on their upcoming second date, Shelley starts attending classes and reading books, and tones down her appearance. The second date is also a disaster because she wears glasses that aren’t meant for her, and brings along note cards to help her sound smart. 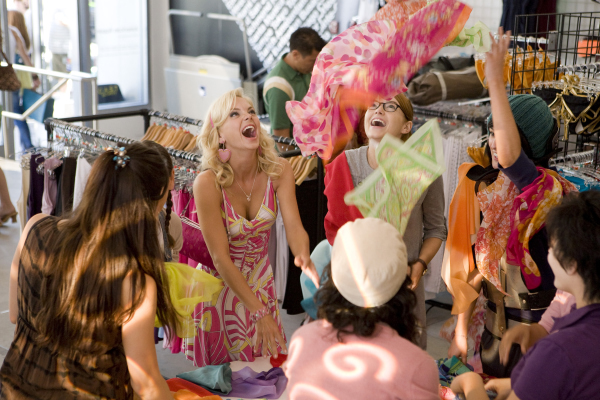 Having gotten a makeover and lessons on how to attract guys and be popular, the Zetas throw a party, which is a huge success. Later, the Zetas are reviewing the girls who are hoping to pledge to Zeta, but their new popularity has made them conceited. When they realize what they’ve become, they blame Shelley—just as she returns from her unsuccessful date. 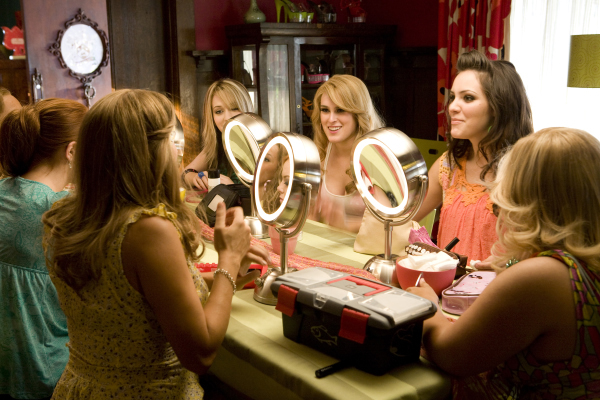 Although Shelley had just been invited back to the Playboy mansion (after Hefner had learned of the forged dismissal) and decided to stay with the Zetas, the unexpected attack from them makes her reconsider, and she calls back to accept the invitation. The Zetas then feel guilty, and decide to give themselves a second makeover, this time being “Half-Shelley and Half-Themselves”. They also decide to draw the pledges out at random, instead of judging them. They show up at Shelley’s photo shoot and ask for her to come back, to which she agrees, having changed her mind about her dream of being a centerfold. 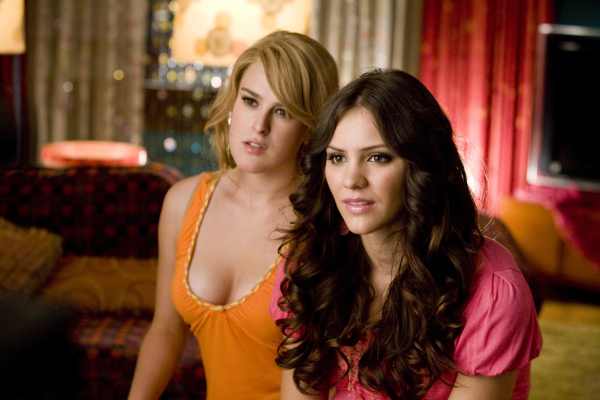 The rival Phi Iota Mu sorority intercepts the invitations and prevents them from being mailed out, so the Zetas are again in danger of being shut down at the campus meeting of the Panhellenic Council. Shelley crashes the meeting and gives a heartfelt speech about what her experience with the Zetas has taught her about love and acceptance, and asks for pledges on the spot; gradually thirty students agree to pledge, and the sorority is saved. Oliver and Shelley reconcile, and Shelley explains that she likes Oliver a lot and was trying too hard to impress him. They decide to start over with their relationship and Oliver is looking forward to getting to know the “real” Shelley. 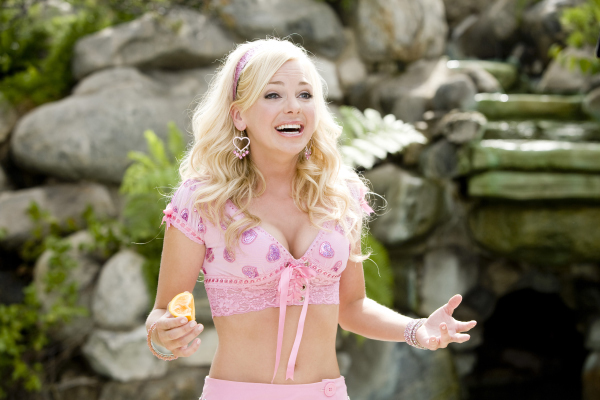 The film ends with Zetas and their new pledges celebrating. Shelley has remained in close contact with Mr. Hefner and her friends at the Playboy mansion. 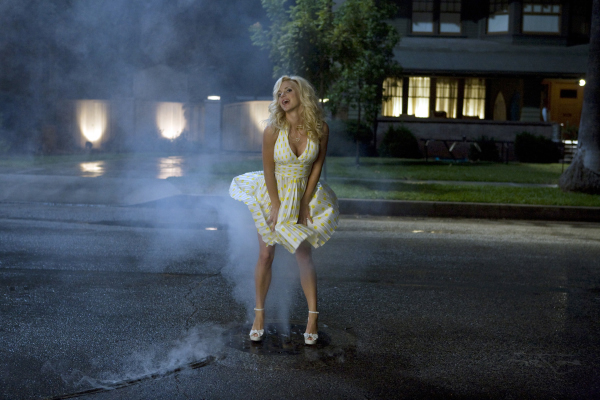 Great laugh out loud comedy with a simple but fun storyline. The film is worth watching for Anna Faris alone.. It’s a silly feel good comedy worth the money.