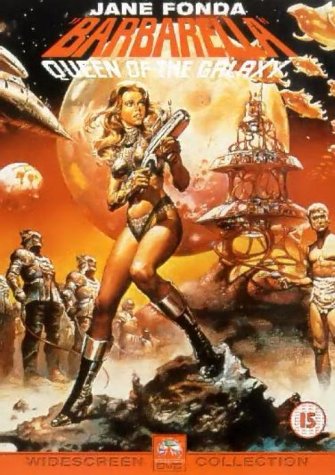 In an unspecified future, Barbarella is assigned by the President of Earth to retrieve Doctor Durand Durand from the Tau Ceti region. Durand Durand is the inventor of the Positronic Ray, a weapon that Earth leaders fear will fall into the wrong hands. Barbarella crashes on the 16th planet of Tau Ceti and is soon knocked unconscious by two mysterious girls, who take Barbarella to the wreckage of a spaceship. Inside the wreckage, she is tied up and several children emerge from within the ship. They set out several dolls which have razor-sharp teeth. As the dolls begin to bite her, Barbarella faints but is rescued by Mark Hand, the Catchman, who patrols the ice looking for errant children. While Hand takes her back to her ship, Barbarella offers to reward Mark and he suggests sex. She says that people on Earth no longer have penetrative intercourse but consume exaltation-transference pills and press their palms together when their “psychocardiograms are in perfect harmony”. Hand prefers the bed, and Barbarella agrees. Hand’s vessel makes long loops around Barbarella’s crashed vessel while the two have sex, and when it finally comes to a stop, Barbarella is blissfully humming. After Hand repairs her ship, Barbarella departs and promises to return, agreeing that doing things the old-fashioned way is occasionally best.

Barbarella’s ship burrows through the planet and comes out next to a vast labyrinth. Upon emerging from her ship, she is knocked unconscious by a rockslide. She is found by a blind angel named Pygar, who states he is the last of the ornithanthropes and has lost the will to fly. Barbarella discovers the labyrinth is a prison for people cast out of Sogo, the City of Night. Pygar introduces her to Professor Ping, who offers to repair her ship. Ping also notes that Pygar is capable of flight but merely lacks the will. After Pygar rescues her from the Black Guards, Barbarella has sex with him, and he regains his will to fly. Pygar flies Barbarella to Sogo and uses the weaponry she brought with her to destroy the city’s guards. Sogo is a decadent city ruled over by the Great Tyrant and powered by a liquid essence of evil called the Mathmos. Barbarella is briefly separated from Pygar, and meets a one-eyed wench who saves her from being assaulted by two of Sogo’s residents. Barbarella soon reunites with Pygar and the two are taken by the Concierge to meet the Great Tyrant. Pygar is left to become the Great Tyrant’s plaything while Barbarella is placed in a cage to be pecked to death by birds. 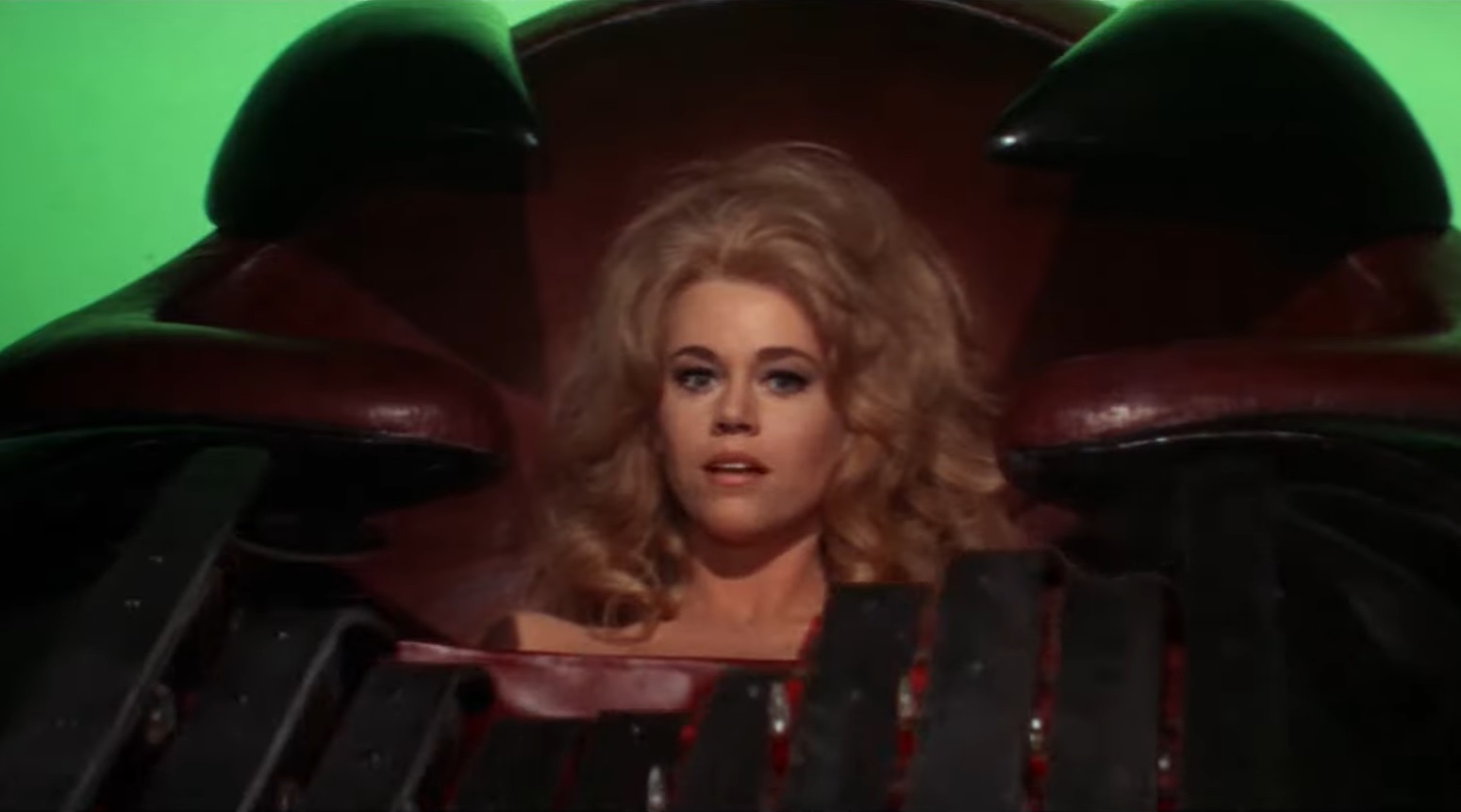 One of the best things about this movie, is the incredible special effects and gadgetry. Long before the flashy Star Wars series premiered, Barbarella contained some amazingly creative costumes, decorations, and scenery in general. The overall tone of this film, was deeply influenced by the uninhibited adventurous spirit, of the late 60s. Especially with regards to its bold, exciting sexual themes.