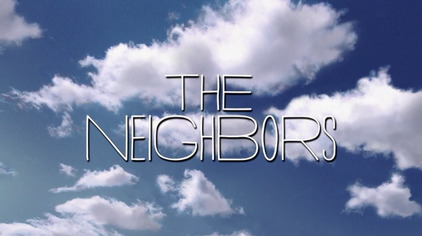 Chasty Ballesteros (The Ranch)
Megan Park (What If)

The Weavers ask the Bird-Kersees to hide the Christmas gifts they’ve purchased for Amber, Max and Abby. However, Marty and Debbie’s kids feel they are entitled to the holiday gifts and the parents decide to return all gifts and go on a family vacation to learn the true meaning of the holiday. But Larry accidentally opens one of their gifts, which snowballs into a gift-opening frenzy among the aliens, and the Weavers are left with no gifts and no way to pay for the trip.

This leads the Weavers to wake up on Christmas morning to find a living room full of carolers, Hawaiian dancers, a pig, and Larry dressed as Santa Claus bearing more gifts.

Debbie accidentally spoils the Christmas surprise Larry had for Dick. Reggie and Amber try to find the perfect gift for each other to show their true feelings.

I was worried that after a few episodes the running gags would wear thin and they’d run out of ideas. Not so at all! It was a series that went from strength to strength but put on in American in the Friday night death slot, so sadly only 2 seasons were made. The 2 Christmas episodes are brilliant the first more than the second as you get to see the Aliens immerse themselves in Christmas for the first time with hilarious results. The Second ones highlight is the lady dresses as Princess Leia.

After plotting a trick-or-treat route for the kids for their first open neighborhood Halloween, the Weavers learn that the Zabvornians believe they are being invaded each Halloween for the last decade and prepare for “war” each time. Trying to properly teach the aliens, the Weavers try to inform the Zabvornians how to trick-or-treat. After letting the kids into the neighborhood, the aliens are afraid and, trying to be a great leader to his people, Larry Bird shows there is nothing to fear. Meanwhile, the Weaver children try to change their Halloween tradition and do different things: Max stops match-dressing with his dad, Abby stops walking with her parents to the door, and Amber sexes up her costume. After seeing they don’t like the change, the kids rejoin the parents and enjoy the rest of Halloween.

Larry tries to combine Halloween and Chanukah to create a new super-holiday. Meanwhile, an obnoxious couple challenges Marty and Debbie to a family Halloween costume contest. After Reggie decided to spend Halloween with his family, Amber stops speaking with him. As Reggie tries to figure out what he did, Jackie is conflicted with telling him or pretending to be ignorant so she can spend the holiday with her son.

I was worried that after a few episodes the running gags would wear thin and they’d run out of ideas. Not so at all! It was a series that went from strength to strength but put on in American in the Friday night death slot, so sadly only 2 seasons were made. The 2 Halloween episodes are brilliant the first more than the second as you get to see the Aliens immerse themselves in Halloween for the first time with hilarious results. 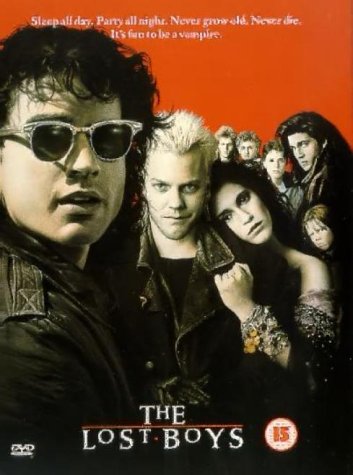 Brothers Michael and Sam Emerson travel with their recently divorced mother, Lucy to the small beach town of Santa Carla, California to live with her eccentric father. Michael and Sam begin hanging out at the boardwalk, which is plastered with flyers of missing people, while Lucy gets a job at a video store run by a local bachelor, Max. Michael becomes fascinated by Star, a young woman he spots on the boardwalk, though she seems to be in a relationship with the mysterious David, the leader of a young biker gang. In the local comic book store, Sam meets brothers Edgar and Alan Frog, a pair of self-proclaimed vampire hunters, who give him horror comics to teach him about the threat they claim has infiltrated the town.Michael finally talks to Star and is approached by David, who goads him into following them by motorcycle along the beach until they reach a dangerous cliff, which Michael almost goes over. At the gang’s hangout, a sunken luxury hotel beneath the cliff, David initiates Michael into the group. Star warns Michael not to drink from an offered bottle, telling him it’s blood, but Michael ignores her advice. Later on, David and the others, including Michael, head to a railroad bridge where they hang off the edge over a foggy gorge; one by one they fall, Michael falling after them.Michael wakes up at home the next day unaware of how he got there. His eyes are sensitive to sunlight and he develops a sudden thirst for blood, which leads him to impulsively attack Sam. Sam’s dog, Nanook, retaliates, and Sam realizes that Michael is turning into a vampire by his brother’s semi-transparent reflection. Sam is initially terrified of his brother but Michael convinces him that he is not yet a vampire and that he desperately needs his help. Michael begins to develop supernatural powers and asks Star for help, but has sex with her shortly afterwards. Sam deduces that, since Michael has not killed anyone, he is a half-vampire and his condition can be reversed upon the death of the head vampire. Sam and the Frog brothers test whether Max is the head vampire during a date with Lucy, but Max passes every test and the boys decide to focus on David.To provoke him into killing, David takes Michael to stalk a group of beach goers, and instigates a feeding frenzy. Horrified, Michael escapes and returns home to Sam. Star arrives, and reveals herself as a half-vampire who is looking to be cured. It emerges that David had intended for Michael to be Star’s first kill, sealing her fate as a vampire. The next day, a weakening Michael leads Sam and the Frog brothers to the gang’s lair. They impale one of the vampires, Marko, with a stake, awakening David and the two others, but the boys escape, rescuing Star and Laddie, a half-vampire child and Star’s companion.That evening while Lucy is on a date with Max and the grandfather is out of the house, the teens arm themselves with holy-water-filled water guns, a longbow, and stakes, barricading themselves in the house. When night falls, David’s gang attack the house. The Frog brothers and Nanook manage to kill one of the vampires by pushing him into a bathtub filled with garlic and holy water, dissolving him to the bone. Sam is attacked by Dwayne, another vampire, and shoots an arrow through his heart and into the stereo behind him, electrocuting him and causing parts of his body to explode. Michael is then attacked by David, forcing him to use his vampire powers. He manages to overpower David and impales him on a set of antlers. However, Michael, Star and Laddie do not transform back to normal as they had hoped. Lucy then returns home with Max, who is revealed to be the head vampire. He informs the boys that to invite a vampire into one’s house renders one powerless, explaining why their earlier assumption appeared to be incorrect. Max’s objective had been to get Lucy to be a mother for his lost boys. As Max pulls Lucy to him, preparing to transform her, he is killed when Grandpa crashes his jeep through the wall of the house and impales Max on a wooden fence post, causing him to explode. Michael, Star and Laddie then return to normal. Amongst this carnage and debris, Grandpa casually retrieves a drink from the refrigerator, and declares: “One thing about living in Santa Carla I never could stomach: all the damn vampires”.The Lost Boys is one of the best and the greatest vampire flick’s ever made! A true Schumacher masterpiece and a classic horror film!