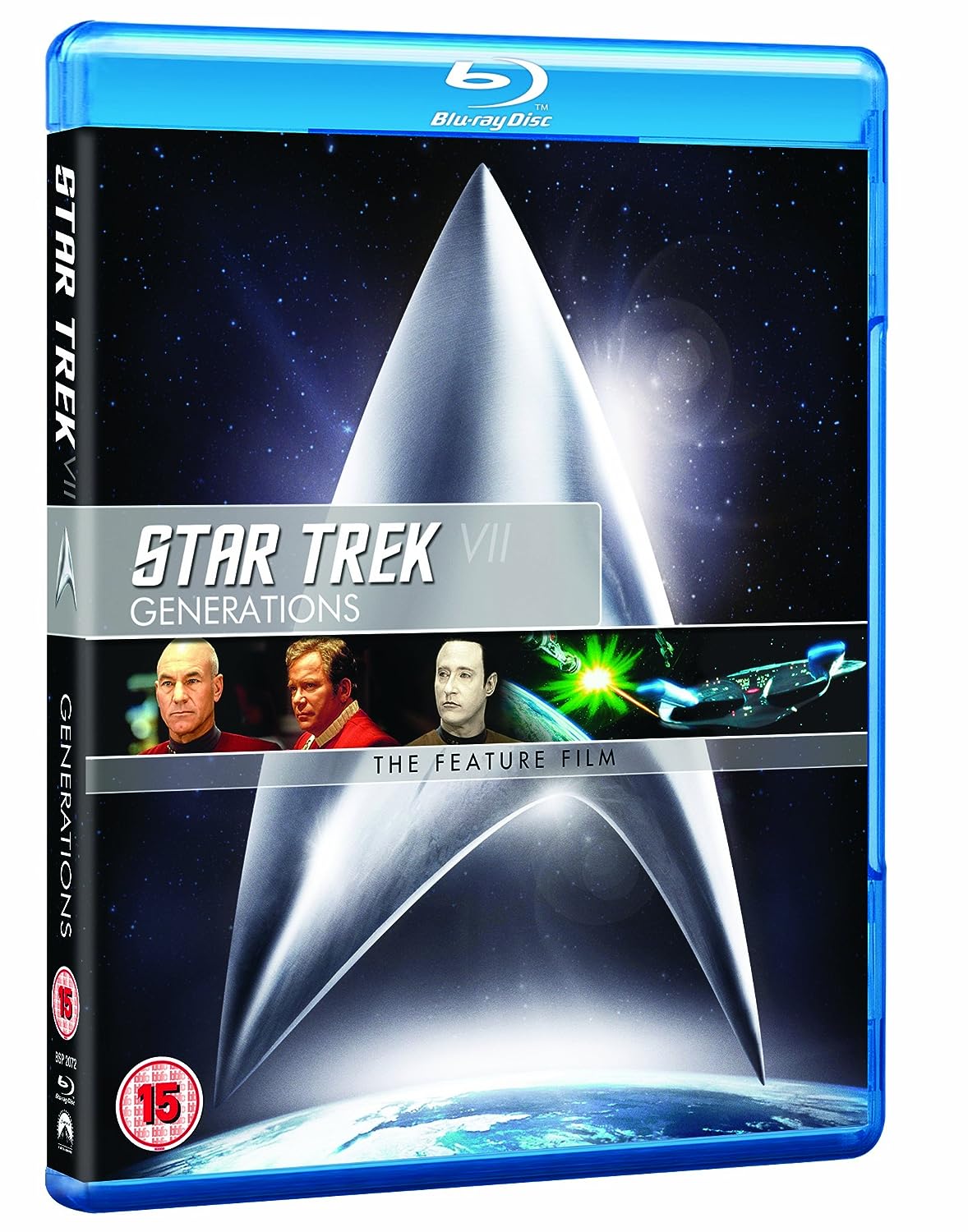 In the year 2293, retired Captain James T. Kirk, Montgomery Scott, and Pavel Chekov attend the maiden voyage of the Federation starship USS Enterprise-B, under the command of the unseasoned Capt. John Harriman. During the voyage, Enterprise is pressed into a rescue mission to save two El-Aurian ships from a strange energy ribbon. Enterprise is able to save some of the refugees before their ships are destroyed, but the starship becomes trapped in the ribbon. Kirk goes to deflector control to alter the deflector dish, allowing Enterprise to escape, but the trailing end of the ribbon rakes across Enterprise’s hull, exposing the section Kirk is in to space; he is presumed dead. 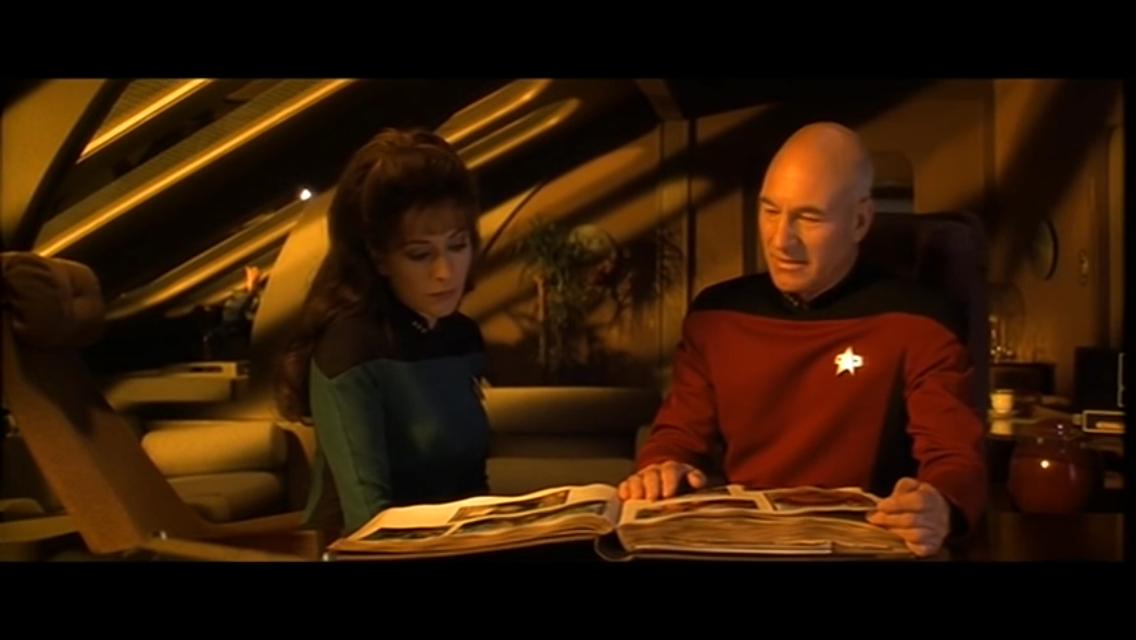 In 2371, the crew of the USS Enterprise-D celebrate the promotion of Worf to Lieutenant Commander. Captain Jean-Luc Picard receives a message that his brother and nephew were killed in a fire, meaning the storied Picard family line will end with him. Enterprise receives a distress call from an observatory in orbit of the star Amargosa, where they rescue the El-Aurian Dr. Tolian Soran. The android Data and engineer Geordi La Forge discover a compound called trilithium in a hidden room of the observatory. Soran appears, knocks La Forge unconscious, and launches a trilithium solar probe at Amargosa. The probe causes the star to implode, sending a shock wave toward the observatory. Soran and La Forge are transported away by a Klingon Bird of Prey belonging to the treacherous Duras sisters, who had stolen the trilithium for Soran in exchange for the designs for a trilithium weapon. Data is rescued just before the station is destroyed by the shock wave.

Guinan (Whoopi Goldberg), Enterprise’s bartender, tells Captain Jean-Luc Picard more about Soran; they were among the El-Aurians rescued by the Enterprise-B in 2293. Guinan explains that Soran is obsessed with reentering the “Nexus”, an extra-dimensional realm where time has no meaning and anyone can experience whatever they desire. Picard and Data determine that Soran, unable to fly a ship into the ribbon due to the uncertainty that the ship will survive long enough to ensure his success, is instead altering the path of the ribbon by destroying stars, and that he will attempt to re-enter the Nexus on Veridian III by destroying its sun—and, by extension, a heavily populated planet in the system.

Upon entering the Veridian system, Enterprise makes contact with the Duras Bird of Prey. Picard offers himself to the sisters in exchange for La Forge, but insists that he be transported to Soran’s location first. La Forge is returned to Enterprise, but he inadvertently reveals Enterprise’s shield frequency, allowing the Duras sisters to inflict crippling damage on Enterprise. Enterprise destroys the Bird of Prey, but has sustained irreversible damage to its warp core. Commander William Riker orders an evacuation to the forward saucer section of the ship which separates from the star drive. The shock wave from the star drive’s destruction sends the saucer crashing to the surface of Veridian III.

Picard fails to talk Soran out of his plan and is too late to stop him from launching his missile. The collapse of the Veridian star alters the course of the Nexus ribbon as predicted, and it sweeps Picard and Soran away while the shock wave from the star obliterates everything in the system. In the Nexus, Picard finds himself surrounded by the family he never had, including a wife and children, but realizes it is an illusion. He is confronted by an “echo” of Guinan. After being told that he may leave whenever he chooses and go wherever and whenever he wishes, Guinan sends him to meet Kirk, also safe in the Nexus. Though Kirk is at first reluctant to leave, Picard convinces Kirk to return to Picard’s present and stop Soran by assuring him that it will fulfill his desire to make a difference.

Leaving the Nexus, the two arrive on Veridian III minutes before Soran launches the missile. Kirk distracts Soran long enough for Picard to lock the missile in place, causing it to explode on the launchpad and kill Soran. Kirk is fatally injured by a fall during the encounter; as he dies, Picard assures him that he made a difference. Picard buries Kirk before a shuttle arrives to transport him to the wreckage of the Enterprise saucer. Three Federation starships enter orbit to retrieve Enterprise’s survivors. 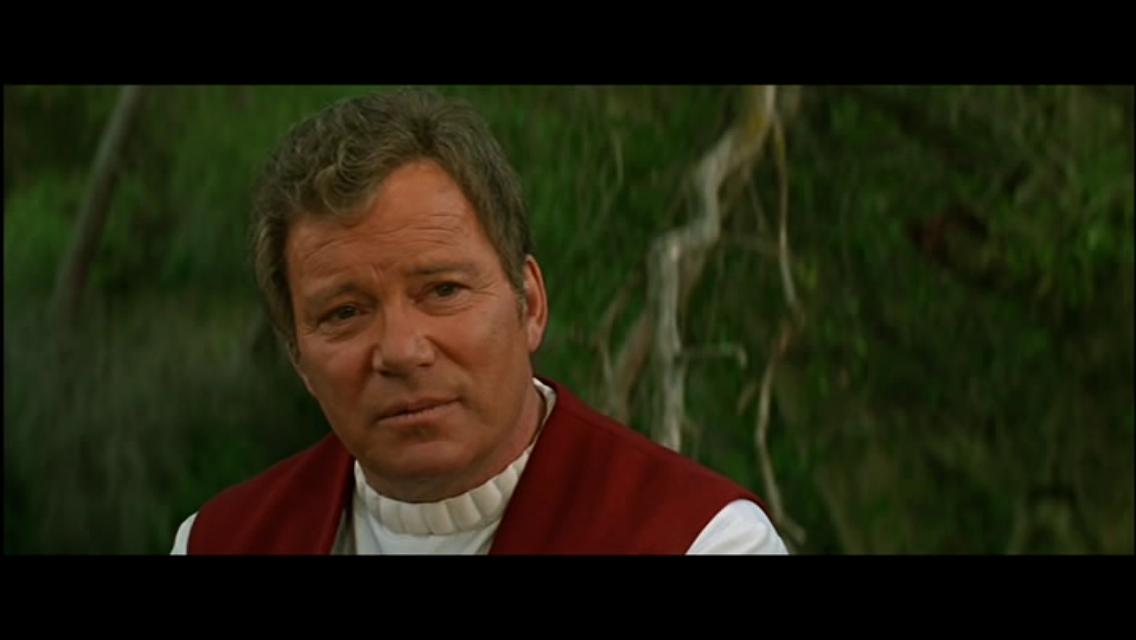 Well in my opinion this is one of the best one of all the next gen films, it offers alot for everyone, not just trek fans, as it has the old and the new in it, and everyone loved Kirk for one reason or another. Patrick Stewart has about the biggest emotional range he has ever had in this film. A great beginning for the Next Generation on the big screen.

Brokedown Palace has an intriguing premise: two best friends (Kate Beckinsale and Claire Danes) fresh from high school are on their summer vacation in Thailand, but are arrested for possession of narcotics, found guilty and sentenced to 33 years in a women’s prison. 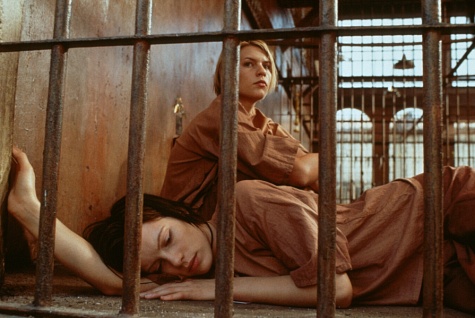 Bill Pullman also stars in the picture as an American lawyer named Hank Greene, who feels for the girls’ plight and fights to prove their innocence. But the real focus is on Beckinsale and Danes, whose wonderful performances are the anchor to the film’s drama and moral quandaries. Beckinsale’s Darlene is the more reserved and quieter of the two, the kind of person who sort of follows her friend without question, and certainly not the type to take unwarranted risks (unless her friend persuades her to). She’s almost a direct opposite of Danes’ Alice, whose outgoing and semi-rebellious behavior is the indirect link to their current troubles.

The film slinks to melodrama in its climactic moments, but still rings true thanks to the tour-de-force turns from Beckinsale and Danes. It’s an open-ended question as to whether or not either of the girls committed the crime of smuggling narcotics, and such ambiguity might upset some, but I liked not knowing for certain, and it’s not as if it makes the final scenes any less believable.