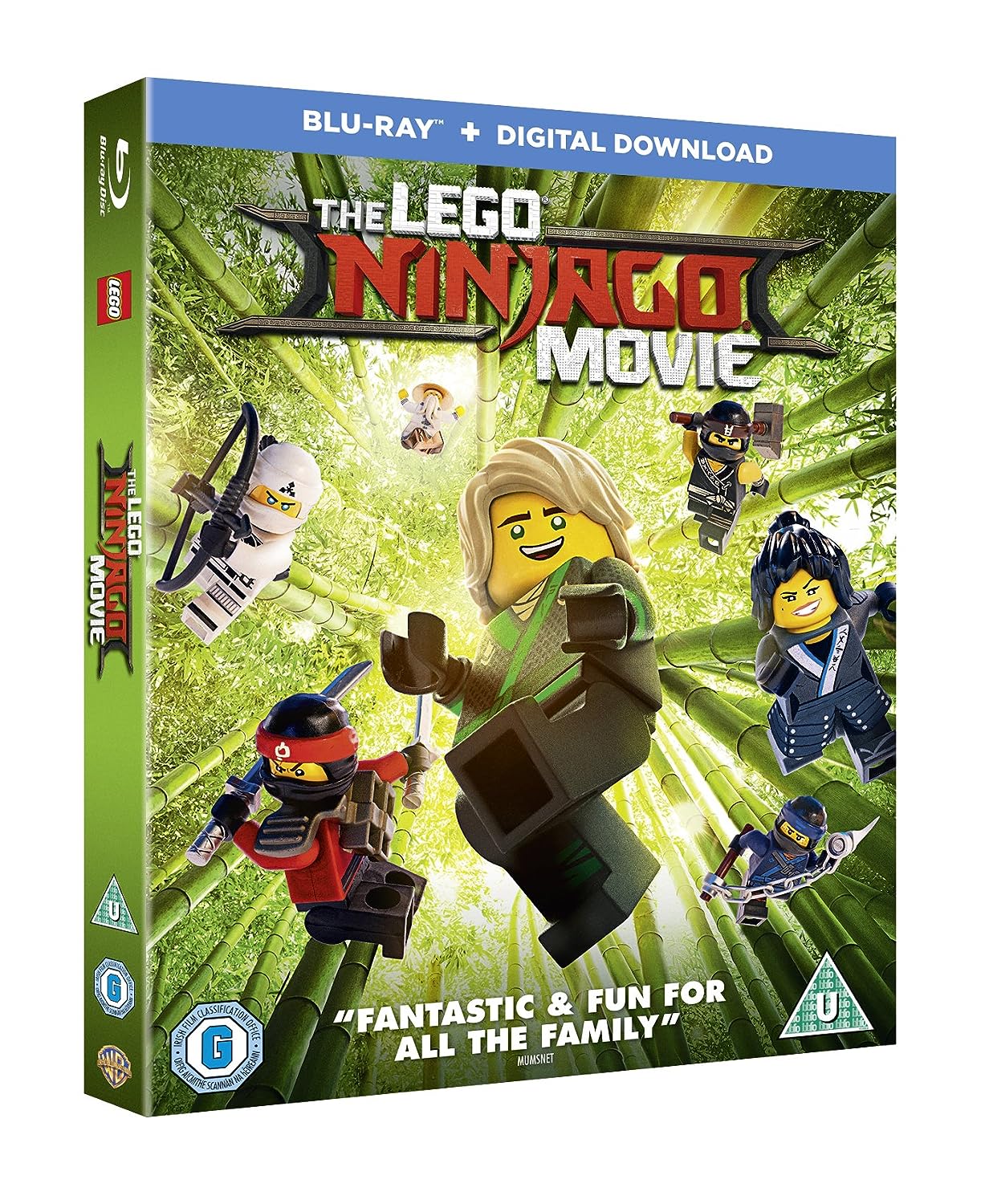 A young boy ventures into an old relic shop, where he meets the mysterious owner, Mr. Liu, who begins to tell the boy the legend of Ninjago. Ninjago is a city within the Lego Universe that is frequently attacked by the evil Lord Garmadon, who is the father of Lloyd Garmadon and ex-husband of Misako (AKA Koko). Ninjago despises Lloyd for being Lord Garmadon’s son, which puts Lloyd under emotional stress. They do not know that Lloyd is part of the secret ninja force, consisting of Nya, Zane, Jay, Cole, Kai and their master named Wu, who always stop Garmadon from taking over the city by fighting with mechs. On Lloyd’s birthday, Garmadon attacks the city once again only to be defeated. He escapes and fires nine generals of his Shark Army for failing to help him. He then begins to plan a big attack to conquer Ninjago, and his GIT`s show him plans to build a gigantic mech that is immune to weapons.Meanwhile, Lloyd and his friends see the return of Master Wu, back from a long trip he took. Master Wu tells them they aren’t real ninjas if they use only mechs to fight, and discusses with Lloyd that his element is green, confusing Lloyd. Master Wu tells Lloyd he must not be angry at Garmadon; he must use his mind to fight. Wu mentions an Ultimate Weapon, giving Lloyd the hope of defeating Garmadon once and for all, despite being forbidden to use the weapon.The next day Garmadon attacks the city with his giant mech and defeats Lloyd. As Garmadon declares his rule over Ninjago, Lloyd returns with the Ultimate Weapon. He fires it, revealing it to be a laser that attracts a real-life cat named Meowthra. Meowthra starts destroying the city while trying to get the laser. Garmadon points the laser to make the cat destroy the other mechs, before Lloyd breaks it. As Garmadon celebrates his victory, Lloyd reveals that he is the Green Ninja, and tells Garmadon that he wishes he wasn’t his father, leaving Garmadon confused.Lloyd meets up with his friends and Master Wu, who are all upset with him for using the weapon. Wu tells them they must use an Ultimate, Ultimate Weapon to stop Meowthra from destroying the city, which they would reach by crossing the Forest of Dangers, the Canyon of Death, and the Temple of Fragile Foundations. Garmadon overhears Wu talking about the weapon and follows close behind. He meets up with Wu and fights him, only to end up in a cage, defeated. However, Wu loses his balance and falls off a bridge into a river, telling Lloyd he must use inner peace before getting swept away.The ninjas decide to continue on, with Garmadon leading them much to Lloyd’s disappointment. They are caught by the Shark Army, who want revenge for being fired by Garmadon and shot out of his volcano lair. The ninjas try to fight, but are easily defeated. They retreat leaving Lloyd and Garmadon behind to be caught by the Shark Army. The Shark Army begin to fire Lloyd and Garmadon into a volcano, but the rest of the ninjas save the day using stealth fighting. They all work together with Garmadon to escape the angry Shark Army by building a makeshift helicopter, and Lloyd and Garmadon bond together in the process.They eventually crash down onto the Temple of Fragile Foundations. Garmadon reveals that it is his home, as well as Koko formerly being a ninja warrior herself. He tells Lloyd that he wishes he had stayed with him and his mom after deciding to conquer Ninjago, but he couldn’t change so he had to stay behind. The ninjas find the Ultimate Ultimate Weapon, consisting of a set of trinkets, only to have it stolen by Garmadon who still wants to take over the city. He offers for Lloyd to be his general, but Lloyd rejects his offer. Out of fury, Garmadon locks all of them in the temple as it begins to collapse. Lloyd realizes that inner peace means for them to unleash their power within, and they successfully do this,using their elemental powers and escaping from the collapsing temple. As they fall of a cliff, Wu saves them with his ship,the Destiny`s Bounty and they head towards Ninjago.Garmadon arrives and tries to control Meowthra with the weapons but Meowthra eats Garmadon instead. Lloyd and the crew arrive and begin fighting Garmadon’s army. As Lloyd approaches Meowthra, he reveals to everyone that he is the green ninja, and realizes that green means life, which brings everything together. He comforts Meowthra and tells Garmadon he forgives him and that he’s sorry. Garmadon cries tears of fire, which causes Meowthra to spit him out. After reconciling, Garmadon moves in with Lloyd and Koko, Meowthra becomes the mascot of Ninjago, and Lloyd is hailed as a hero. As the story concludes, Mr. Liu tells the boy that he will start to train him as a ninja. A mid-credits scene also shows a gag reel of a cup stunt performed by Chan as Liu at the film’s opening.This movie likely isn’t for everyone. And I doubt it was intended to be. It’s a kids film and stays comfortably in that realm while not boring adults to death – which is more than can be said about a number of other films for ‘grown ups’ in 2017. 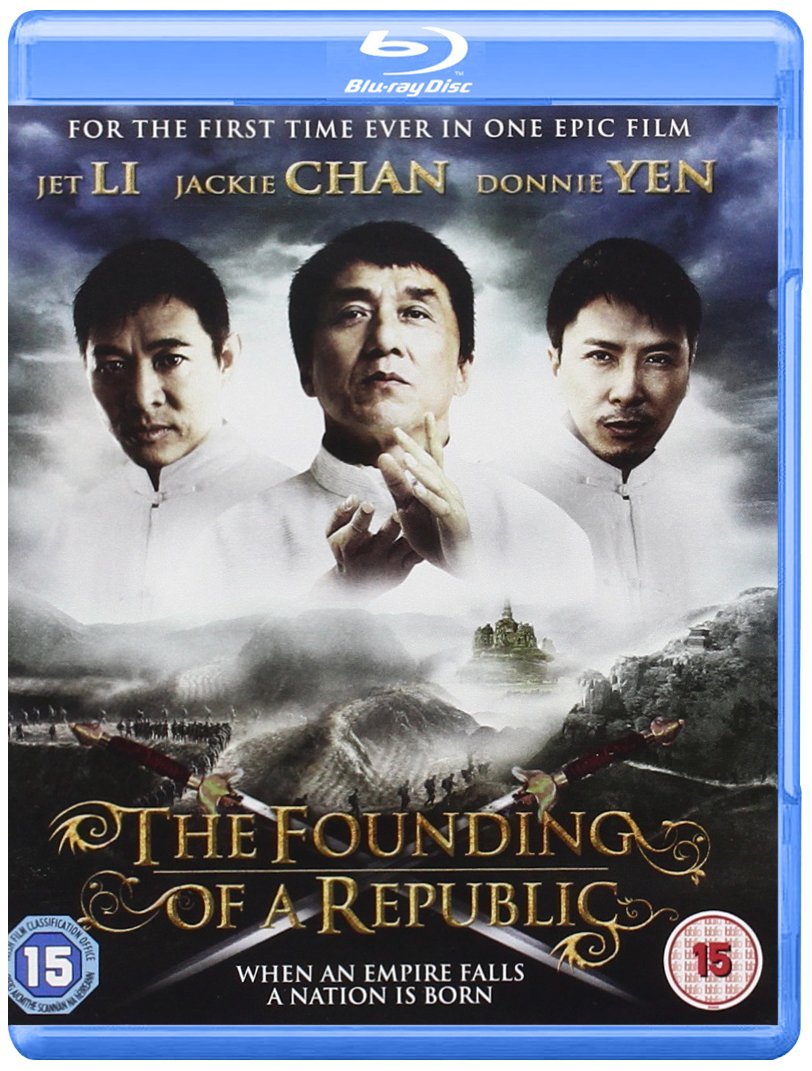 In 1945 after the end of the Second Sino-Japanese War, Mao Zedong and members of the Communist Party of China (CPC) travel to Chongqing for a meeting with Chiang Kai-shek and the Kuomintang (KMT). With help from the China Democratic League, the Double Tenth Agreement is signed between the KMT and CPC, with both sides agreeing to stop the civil war and to establish a multi-party government in China.

The following year, Chiang Kai-shek calls for a National Assembly in Nanjing and is elected as President of the Republic of China (ROC). At the same time, the peace negotiations between the CPC and KMT fail and the civil war continues. Other political figures such as Zhang Lan, Soong Ching-ling and Li Jishen, support the CPC because they oppose Chiang’s government, even though they are in non-battleground areas such as Shanghai and Hong Kong.

In May 1948, the CPC declares the opening of a “War of Liberation” against Chiang’s ROC government, with many other political parties responding to the call and taking the CPC’s side. The Red Army scores victories against the NRA in subsequent battles and eventually Chiang’s forces retreat to Taiwan in December 1949. On 1 October 1949, Mao Zedong proclaims the People’s Republic of China with its capital at Beijing, marking the start of a new era for China.

Apart from the fact the cover makes you think that Jackie Chan and co are the stars, it is a fantastic historic film… about the battle for leadership of china after WW2…the Acting is brilliant so are the effects…well worth watching. 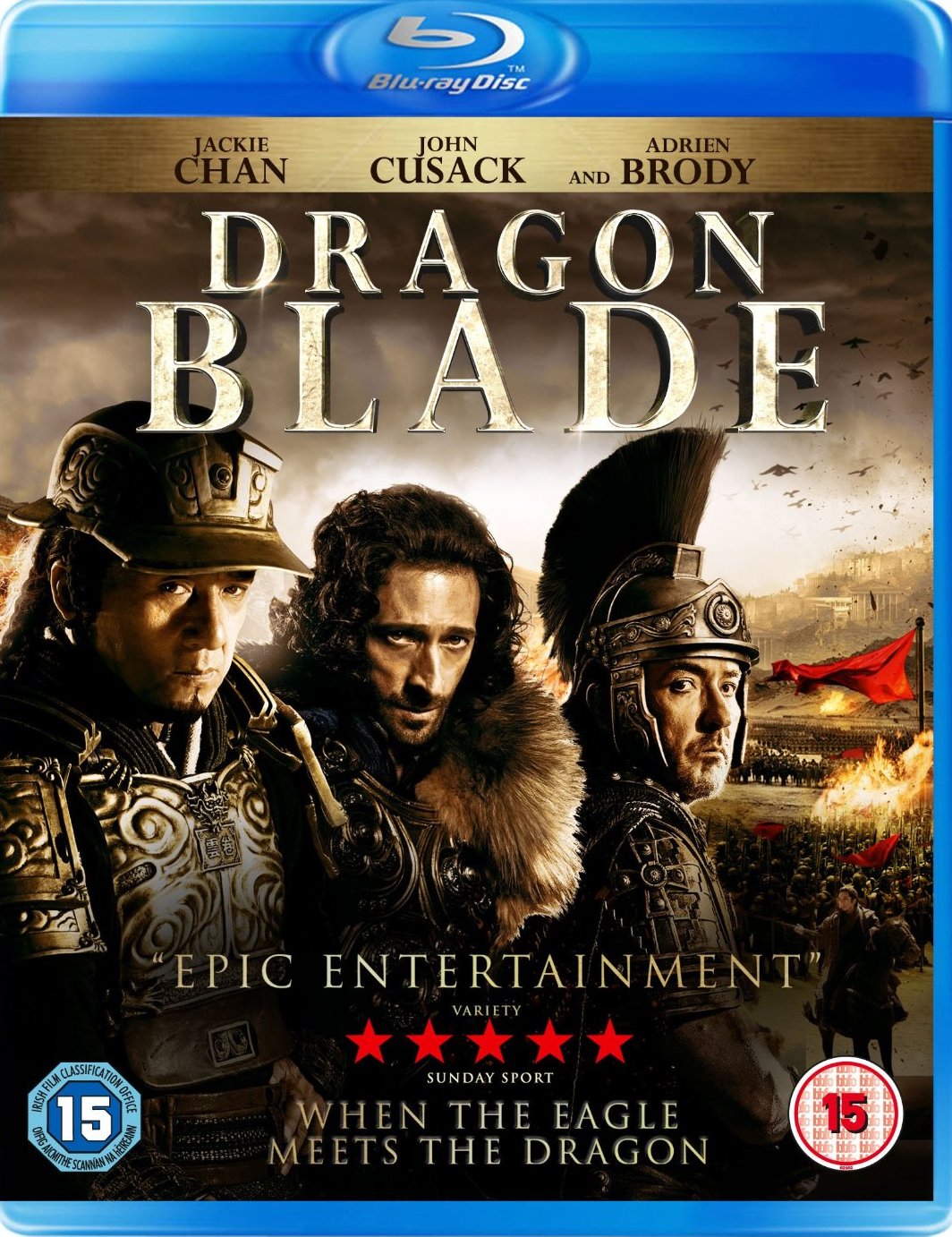 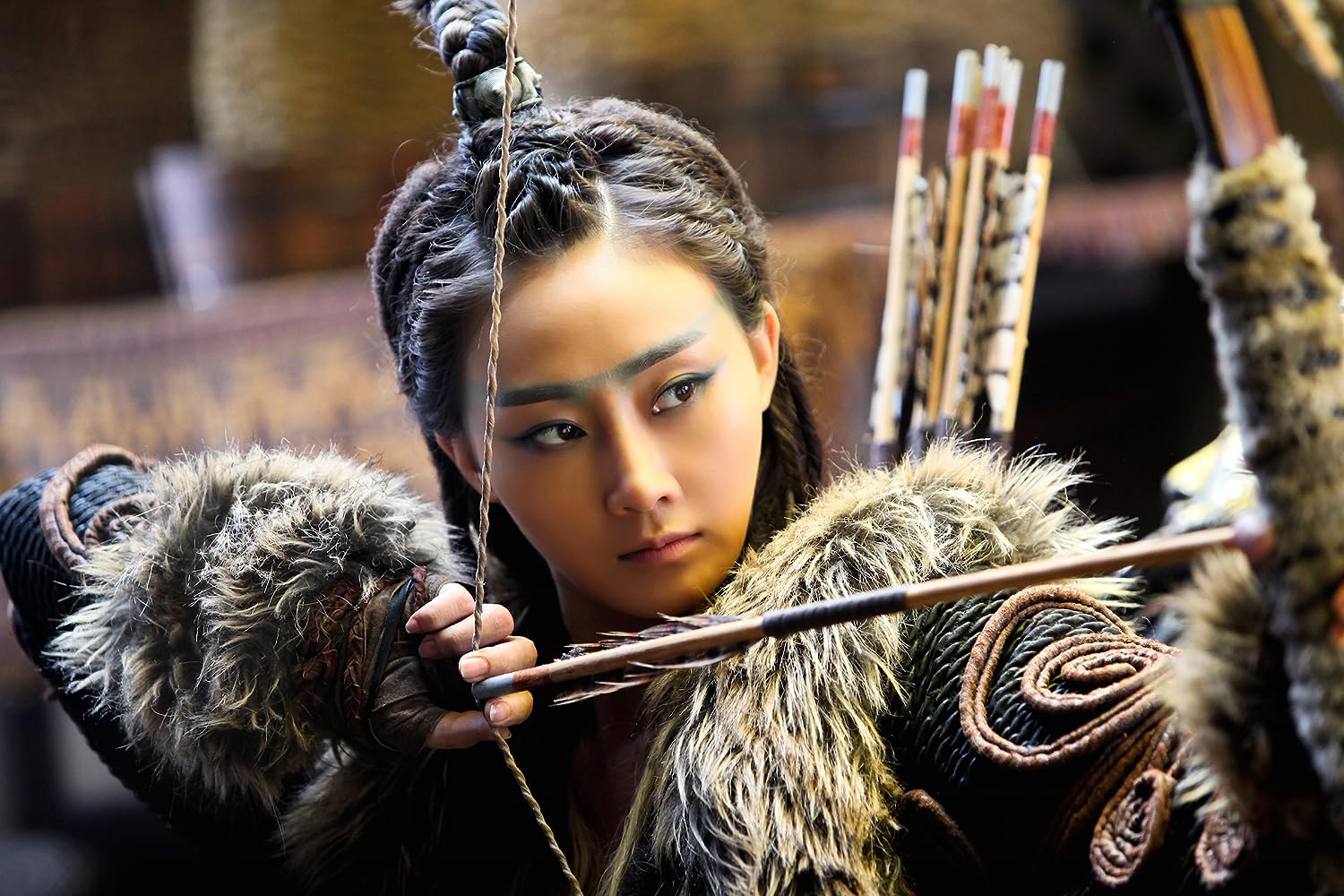 In northwest China, 48 BC, a security company under Han China’s current government called The Silk Road Protection Squad is committed towards stopping battles and promoting the idea of peace. Huo An (Chan), the captain, successfully averts a battle between the Indians and Huns. The group returns to their unnamed home city, where Huo An’s gentle Uyghur wife Xiuqing (Mika Wang) serves as a schoolteacher for orphans. However, the government uncovers evidence that someone in the group is corrupt, causing the entire group to be sentenced to construction work at Wild Geese Gate, a ruined fortress. Once they arrive, the group pays respects at the shrine of a fallen Chinese general. They originally were child-slaves of Hun descent, but the general had later rescued them. 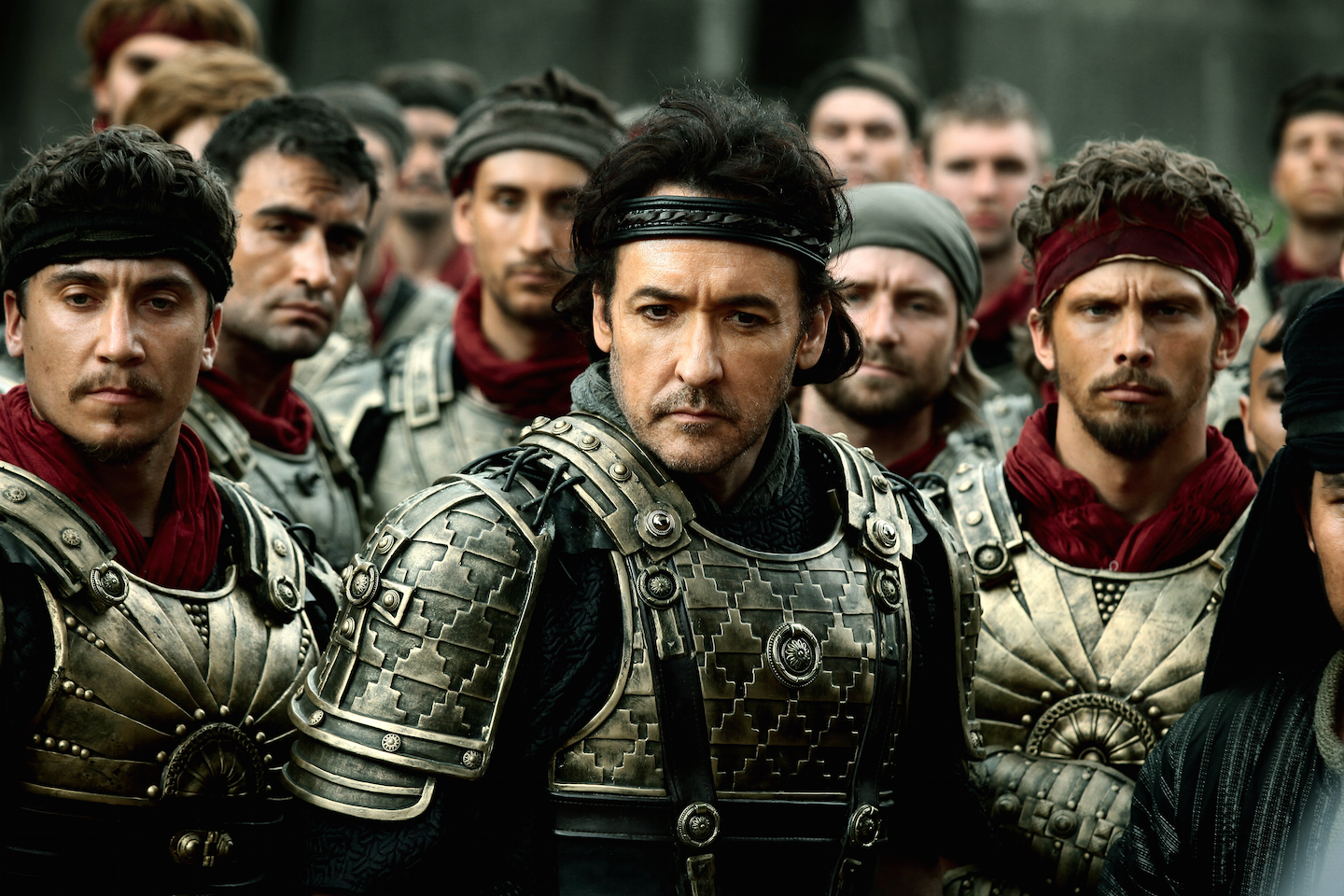 Not long after, Wild Geese Gate is threatened by a legion from the Roman Empire in need of water and supplies, among which is a blind boy named Publius (Jozef Waite). After a stale-mated duel between Huo An and Lucius (Cusack), the Roman general, the latter agrees not to assault the city in return for being let inside. The legion uses its superior engineering skills to speed up the construction work, an act which boosts the morale and happiness of the inhabitants, who are divided among several different races, such as Chinese, Uighur, and Turkic. Huo An returns the favor by sending men to assist Lucius’s envoys in reaching the Parthian Empire. A celebration is later held and Huo An is made an honorary centurion. 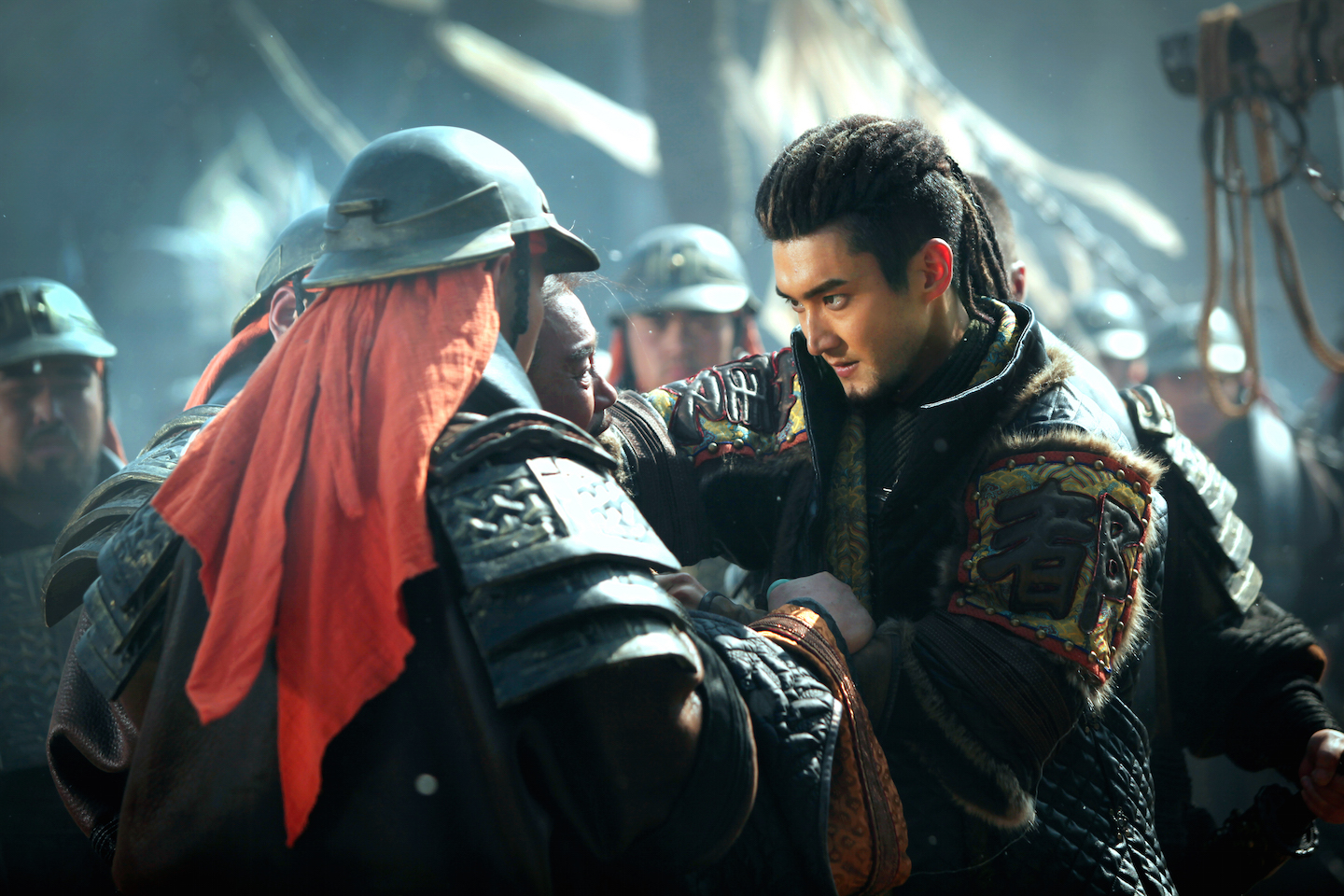 Lucius reveals that he and Publius are fleeing from Publius’s brother Tiberius (Brody), a corrupt soldier who murdered their consul father and blinded Publius so Tiberius could become consul. As Tiberius approaches with 100,000 soldiers, Huo An insists on helping Lucius, pointing out that Tiberius is a threat to the Silk Road in its entirety. Shortly after Huo An leaves to find reinforcements, the corrupt group member from earlier sends Chinese soldiers to murder Huo An’s wife and attack Wild Geese Gate. The legion is imprisoned in the non-Chinese trading city of Kroran, where Tiberius has chosen to camp. Tiberius proceeds to murder Publius. 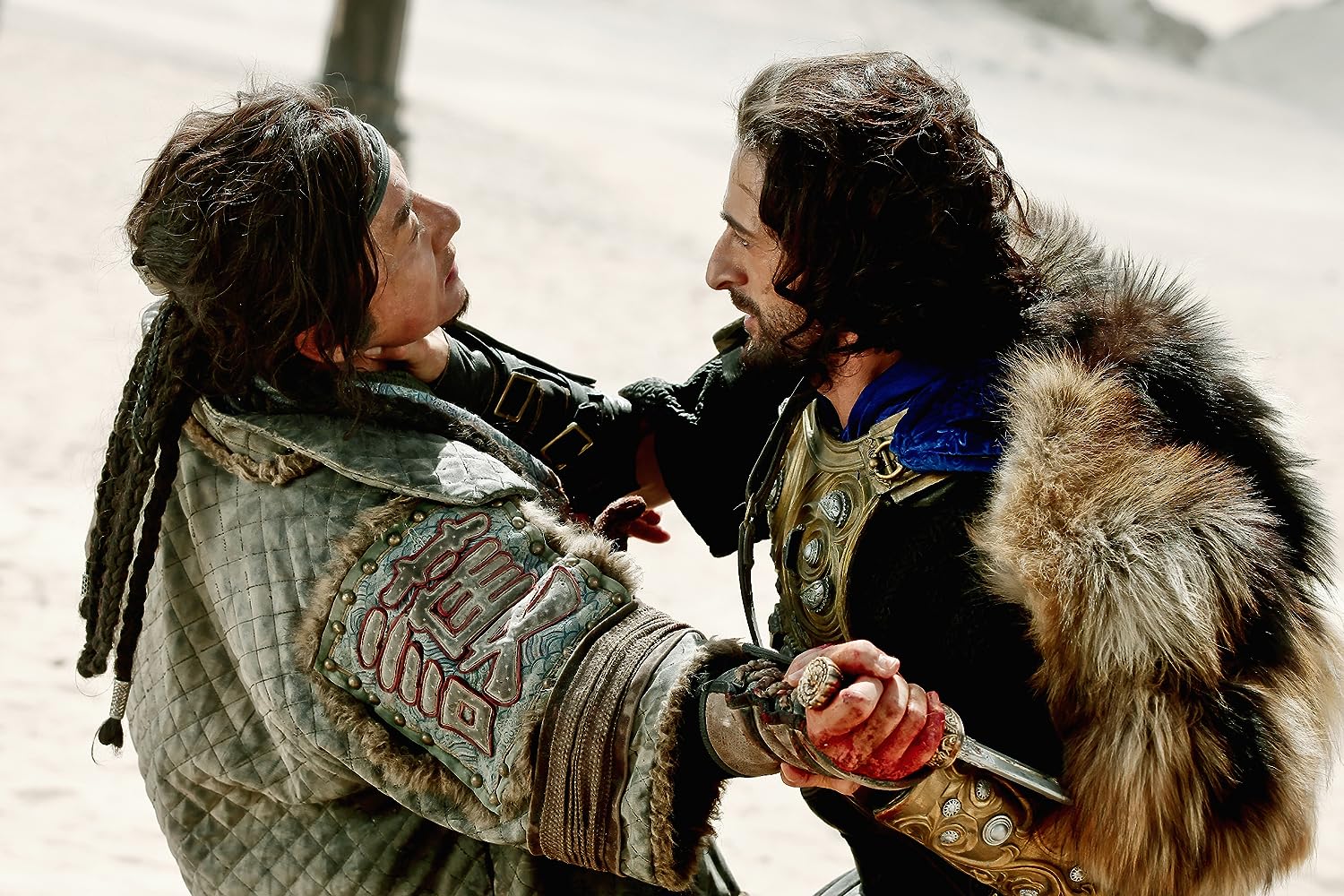 Huo An and the few loyal Chinese soldiers travel to Kroran, pretending to surrender, but once they are inside, they destroy the Roman legion’s cages. However, they are unable to free Lucius, who is about to be burned to death in a special solitary cell. Huo An fires an arrow and kills Lucius before the fire gets him. As Huo An’s and Lucius’s soldiers are surrounded, the armies of several other races arrive and fight against Tiberius, including the Indians, Huns, Uighurs, and Turkics, all of whom are determined to preserve the Silk Road’s safety. However, even their combined forces are unable to gain the upper hand. Finally, the envoys from earlier return with a massive host of Parthians, who had signed a special treaty with Publius’s father and who intend to avenge his memory. Tiberius’s soldiers lose their will to fight. Huo An challenges Tiberius to a duel and kills him. 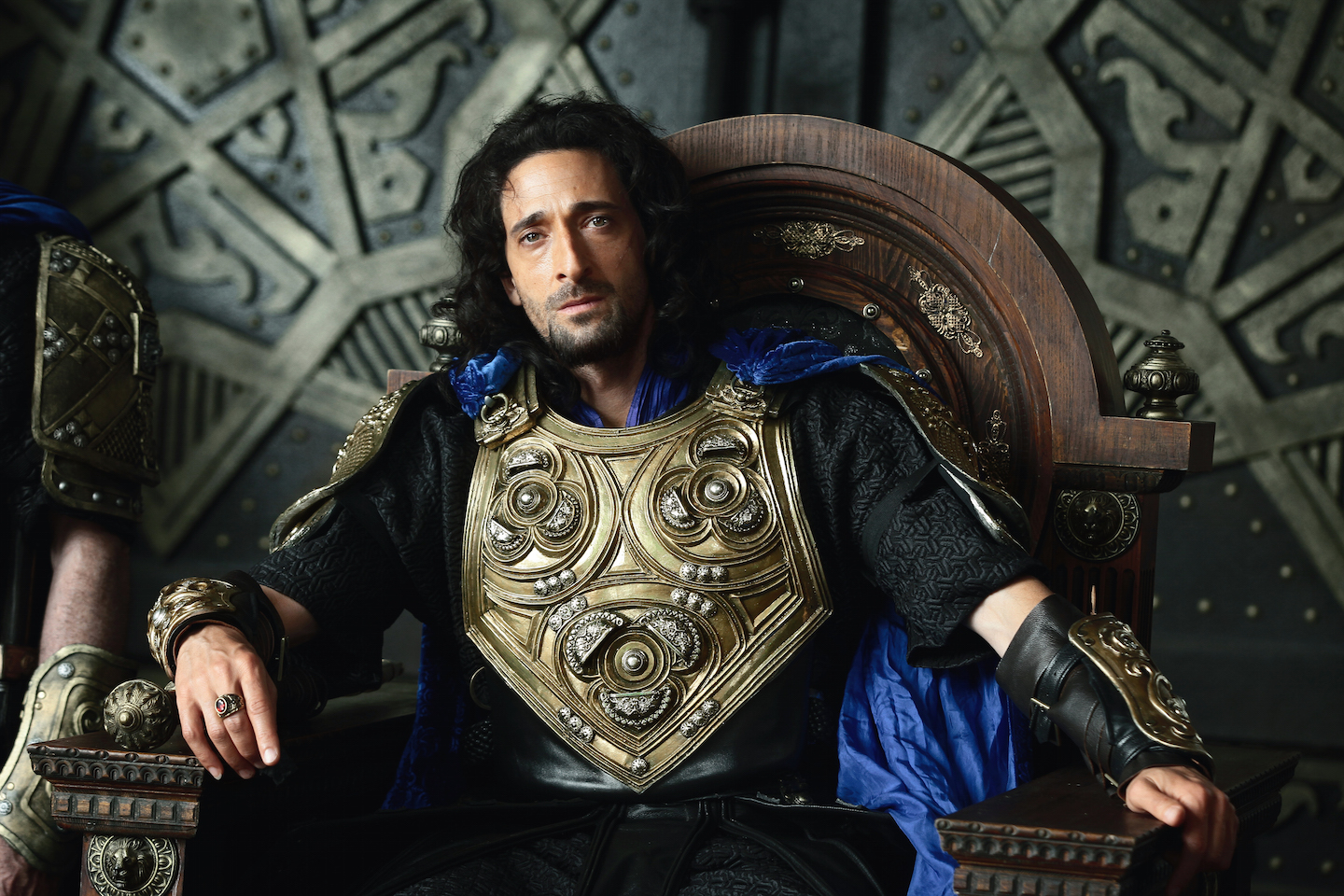 Upon hearing about the bravery of Lucius’s legion, the Chinese emperor grants them the right to establish their own city, which they choose to name Regum. They accept Huo An as their commander, and Huo An, in turn, honors the deceased Chinese general by relocating the shrine to that city. As the centuries go on, the city fades from collective memory. However, in the modern day, a team of Asian American archaeologists stumble upon the site and uncover the dual Chinese and Latin inscriptions. 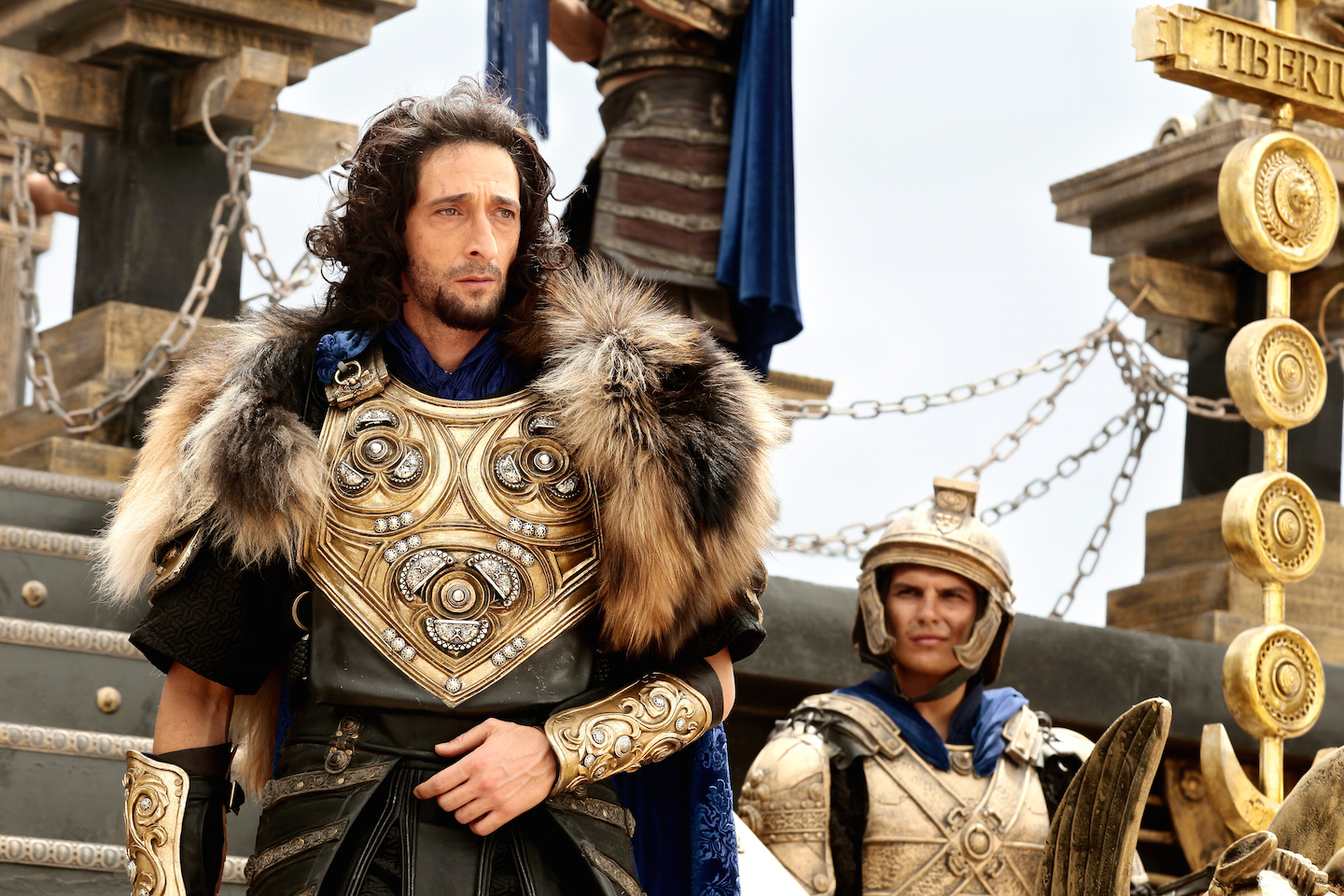 Overall this is a great watch for all Jackie Chan fanatics and for everyone who loves action films and historical epics with great action sequences. The good thing is, I was not bored and the pacing keeps me into it. Overall I’m pretty satisfied with it, and a must watch guilty pleasure.