The mayor of Gotham City orders District Attorney Harvey Dent (Billy Dee Williams) and Police Commissioner James Gordon (Pat Hingle) to increase police activity and combat crime in preparation for the city’s bicentennial. Reporter Alexander Knox (Robert Wuhl) and photojournalist Vicki Vale (Kim Basinger) begin to investigate reports of a vigilante dubbed “Batman”, who is targeting the city’s criminals.  Mob boss Carl Grissom (Jack Palance), who has already been targeted by Dent, discovers his mistress (Jerry Hall) is involved with his second-in-command, Jack Napier (Jack Nicholson). With the help of corrupt police lieutenant Max Eckhardt (William Hootkins), Grissom sets up Napier to be murdered during a raid at the Axis Chemicals plant. During the ensuing shootout, Napier kills Eckhardt, after which Batman suddenly appears. The two struggle, and Napier is accidentally knocked into a vat of chemical waste. Batman flees, and Napier is presumed dead.

Batman is, in actuality, Bruce Wayne (Michael Keaton), a billionaire industrialist who, as a child, witnessed his parents’ murder at the hands of a young psychopathic mugger. Bruce meets and falls for Vicki at a fundraiser, and the two begin a relationship. Meanwhile, Napier survives the accident, but is horribly disfigured with chalk-white skin, emerald-green hair and a permanent ruby-red grin. Already a sociopath, Napier is driven completely insane by his plight, he reinvents himself as “The Joker”, kills Grissom in revenge for his set-up, and usurps his criminal empire. In addition, the Joker seeks retaliation against Batman, whom he blames for his disfigurement. During his research for information about Batman, the Joker himself also falls for Vicki.

The Joker begins to terrorize the city, first by lacing hygiene products with a deadly chemical known as “Smilex”, which causes victims to laugh to death when used in certain combinations. The Joker then sets a trap at the Gotham Museum of Art for Vicki, and he and his henchmen vandalize works of art. Batman arrives and rescues Vicki, and the pair escape in the Batmobile. Batman gives information about Smilex to Vicki so she can warn the city via Gotham newspapers about the poisoned products.

Bruce meets with Vicki at her apartment, prepared to tell her that he is Batman. They are interrupted by the Joker, who asks Bruce, “Have you ever danced with the devil by the pale moonlight?” before shooting him. Bruce, who was wearing body armor, escapes, and recollects that the young mugger who killed his parents had asked him the same question; he realizes that the mugger was none other than the Joker himself. Vicki suddenly appears in the Batcave, having been let in by Bruce’s butler, Alfred Pennyworth (Michael Gough). After avouching himself to Vicki, Bruce—as Batman—leaves to destroy the Axis Chemical plant. Meanwhile, the Joker lures the townspeople to a nighttime parade with a promise to give away $20 million in cash. When the citizens arrive, however, he attacks them with Smilex gas, spewing it from his giant parade balloons. Batman arrives on the scene and saves Gotham City from the attack using the Batwing. A mad Joker kills his friend Bob, then takes out a long gun and shoots at the Batwing, causing it to crash. Next, the Joker kidnaps Vicki and takes her to the top of a cathedral.

Batman pursues the two, and at the top of the dusty edifice, he and the Joker confront each other in single combat. When the Joker attempts an escape via a helicopter, Batman grapples the Joker’s leg to a heavy stone sculpture, causing him to fall to his death. Commissioner Gordon unveils the Bat-Signal along with a note from Batman read by Harvey Dent, promising to defend Gotham whenever crime strikes again. 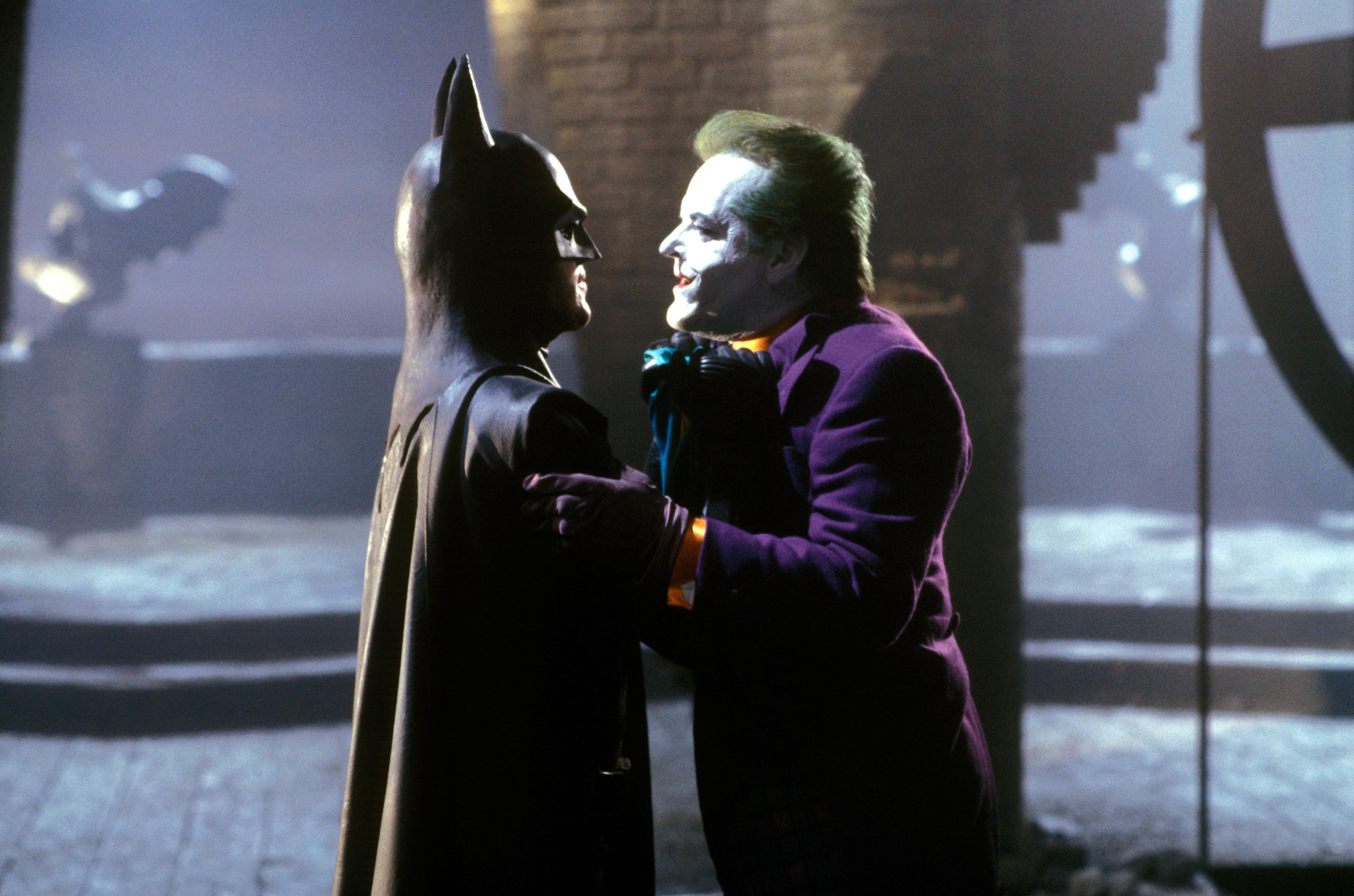 A great Gothic interpretation of Batma. One of the all time greatest Batman adaptations ever.