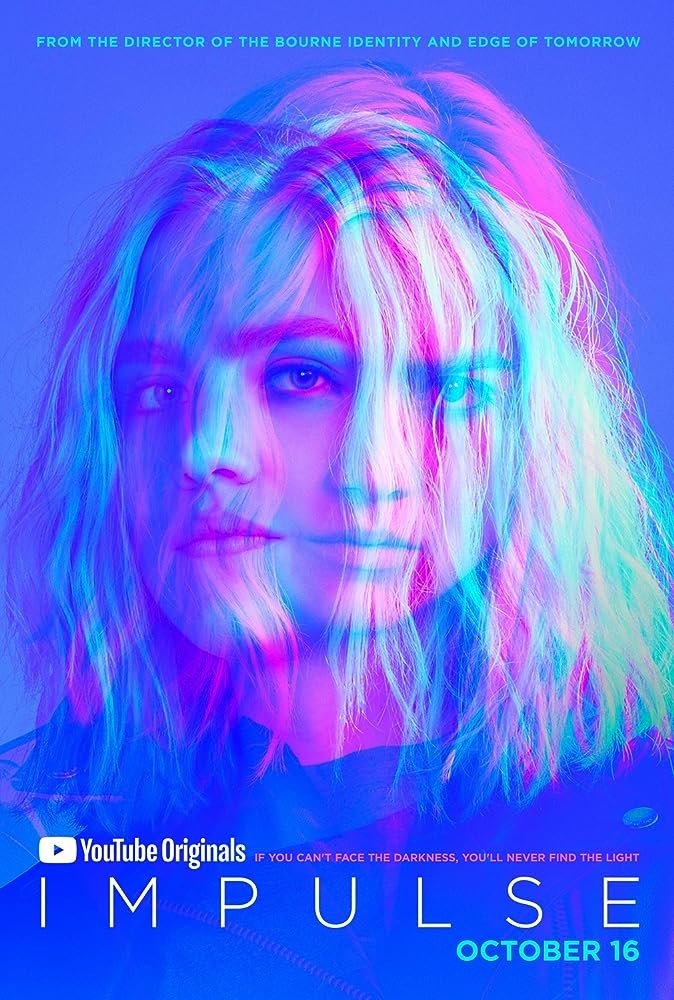 Viewers of Impulse on YouTube Premium have figured out by now that the television adaptation of the Stephen Gould Jumper novels is more true to the themes of personal trauma from the first book than it is to the high octane action film from 2008. As a result, the pacing of the first season is quite deliberate, focusing more on what caused Henry Coles, played by Maddie Hasson, to teleport in the first place rather than accelerating through her origin story and having her quickly gain control over her abilities. Although some of that will change in season 2, the first two episodes indicate that the details about Henry’s abilities and those that seek to exploit them will continue to unfold with enticing but realistic incremental progress.

And that’s not a bad thing! Although we’re not yet certain whether Callum Keith Rennie’s character can be trusted, the assistance he provides in Impulse season 2 will immediately raise new questions in the viewers’ minds when the show returns on October 16, 2019. However, Nikolai, as he will come to be known, will also bring answers to long held questions, and the shady group he works for will begin to be fleshed out and given its own set of motivations. As good as season 1 was, if season 2 didn’t at least start to address these mysteries, it wouldn’t have been a follow-up worth revisiting.

But for fans of characters like Henry’s sister Jenna (Sarah Desjardins) and the lovable geek Townes (Daniel Maslany), there’s plenty to love about the sophomore season of Impulse. After being visited by the hacker known as “Systems Analyst Manager” in season one, viewers will no doubt look forward to the continuing mystery of the interloper’s identity and whether or not they have the teenagers’ best interests at heart. The friendship and support that Jenna and Townes give to Henry will be challenged to the limit as Henry struggles to deal with the aftermath of what she did to Bill Boone.

And it’s not as if the Boone family is finished with its life of crime and the Mennonite community which was so wrongly accused in season one. Despite the contrition and guilty conscience Lucas Boone (Craig Arnold) is feeling in having killed Amos Miller and the imprisonment of the community leader, Jeremiah (Shawn Doyle), Esther Miller (Tara Rosling) is still very much looking to place blame as Impulse season 2 begins. How the drug ring and Bill Boone’s absence will play out is anyone’s guess, but there’s no doubt that the tenacious Deputy Anna Hulce (played wonderfully by Enuka Okuma, now as acting sheriff) will not simply move on the way her former boss might have insisted she do.

But the most important difference in season 2 is the addition of more details about the wider community of teleporters and why shady elements of the government might be interested in learning more about them and about Henry in particular. In that sense, this new season feels properly like the second chapter in the story with plenty of shifted motivations and new players in the mix that thankfully don’t detract from the character development of those we love to sympathize with, like Jenna with her closeted sexuality or Henry with her increasing need to find ways to deal with traumas new and old since her abilities now have the power to kill.

As teen dramas with a genre twist go, Impulse is right up there with Freeform’s Cloak & Dagger and Hulu’s Runaways in terms of allowing the characters to develop and experience the full range of emotion as they grow into their powers rather than thrusting huge responsibilities on young people and having them jammed into heroic roles they’re not prepared to deal with. Impulse is still just as much about Henry’s transient childhood and the pain that Clay Boone put her through as it is about learning how to control her power and avoid those who would use her for their own purposes. Impulse season 2 worthily carries the mantle with a clear sense of where the series wants to go.

YouTube Red’s new series is part of the ‘Jumper’ family, but it’s driven by a very strong lead performance from Maddie Hasson that makes it more of a character drama about sexual assault than a YA thriller.  Directed by Doug Liman, the pilot for YouTube Red’s Impulse begins with a bang. Two men, one played by Keegan-Michael Key, are engaged in a full-on teleportation brawl, exchanging punches as they shift between a remote iceberg and a busy subway train full of confused passengers. It’s a thrilling spectacle. Over the rest of the 10-episode first season of the show, there is no scene of comparable action or scope, and Key’s role in the series is negligible.

And if you’re curious why, as I initially was, despite the presence of Liman and source material from Steven Gould, YouTube Red isn’t selling Impulse on its ties to the Jumper book and movie brand, know that the series’ quantity of teleporting fun is minimal and its fidelity to Gould’s novel is close to nonexistent.  Having dispatched and dismissed the major selling points for Impulse, it’s possible to really respect the show for what it actually is, namely a surprisingly effective exploration of a young woman dealing with the aftermath of sexual assault, while at the same time learning very little about her newfound ability to travel through space in moments of extreme emotion. It’s often quite solid and Maddie Hasson effectively leads a fine ensemble, but Impulse really isn’t the show you might be expecting.

Hasson plays Henrietta “Henry” Coles, a vagabond teen who struggles to make friends and connections because her mother (Missi Pyle) keeps moving from one boyfriend and town to the next. Henry’s latest home is somewhere in upstate New York and comes with a popular, dismissive new pseudo stepsister (Sarah Desjardins) and the challenges of being unable to drive due to several recent and unexplained seizures. A conflict with a teacher in class leads to Henry’s latest seizure and to attention from Townes (Daniel Maslany), who’s on the autism spectrum and a bit of an outcast himself, when he notices that Henry’s condition also causes objects around her to move. That’s nothing, though, compared to what happens when basketball star Clay (Tanner Stine) ignores Henry’s boundaries and vocal protestations after some initially benign making-out. Before she knows what happened, Henry is back in the safety of her bedroom and Clay’s life is changed forever.

Using the sexual assault of a young protagonist as a character catalyst can be effective and fertile instigation for drama — see Veronica Mars or Jessica Jones — but it can also be exploitive when ramifications and emotional scarring are ignored to push the narrative forward. Impulse showrunner Lauren LeFranc is admirably determined not to let the series fall into that second category. What the show does best is deal with consent and the lingering trauma a sexual assault can cause a victim. It’s a multi-episode process that’s almost always in the foreground as Henry faces the constant presence of her attacker; suffers self-doubt as her story is questioned; and shies away from other intimacies in her life, already a problem for the new girl in school and for one of those sci-fi characters whose burgeoning adolescence and nascent powers are intermingled.

Hasson’s balance of tough-girl exterior and inner fragility is exceptional. There’s a volatile minutelong uncut shot of the young actress in the second episode that sold me completely on the performance and her ability to carry the series. Episodes are preceded by sexual violence content warnings and end with hotline callouts to the Rape, Abuse & Incest National Network. LeFranc and the writers, plus a team of post-Liman directors dominated by women, including Helen Shaver, Alex Kalymnios and Cherien Dabis, do right by this sensitive, difficult side of the story. The performances by Desjardin; Maslany (Tatiana’s brother); and David James Elliott, as the father of Henry’s attacker and a local automotive kingpin, are all totally overhauled as characterizations go from one-dimensional to much more nuanced. The series badly needs the comic touches Desjardin and Maslany provide in their finer moments.

Henry’s understanding of her power is being laid as an interesting foundation for future seasons, but I accused Freeform’s new drama Cloak & Dagger of slow progress in its superhero narrative and that show is positively steaming along compared to Impulse. Much too much of what drives the first season comes from a mostly ludicrous plotline involving Elliott’s character and a Mennonite-run opioid empire that recalls the way the first season of Bates Motel was about small-town Oregon marijuana trade more than Norman Bates’ introduction to motel maintenance.  The drug story, probably developed with confidence that YouTube Red’s core audience didn’t watch the far more outrageous take on similar material in Cinemax’s Banshee, at least offers another reason for Henry to feel guilt and remorse, and another tense situation to highlight how good Hasson is. It’s weakly plotted, but appropriate for a show that wants to make you think it’s a YA action-franchise starter, when it’s really an interesting and somber character study with a heroine who, very rarely, teleports.