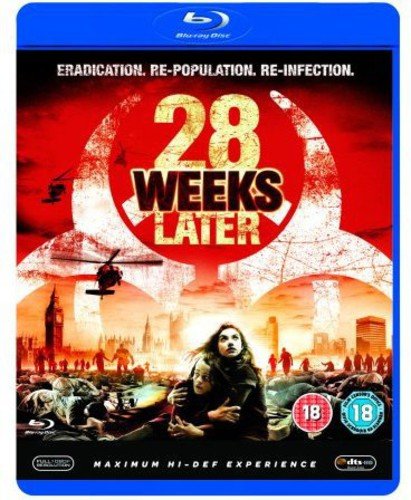 During the original outbreak of the Rage Virus, Don, his wife Alice and four more survivors hide in a barricaded cottage on the outskirts of London. They hear a terrified boy pounding at their door and let him in. A few minutes later, they discover that the infected have followed the boy. The infected attack and kill most of the survivors, while Don, Alice and the boy are chased upstairs. Don pleads with Alice to leave the boy but she refuses. He is forced to abandon them as the infected break into their room by busting out of the window. Don sprints to a nearby motorboat, narrowly escaping after a tussle with a recently turned survivor. 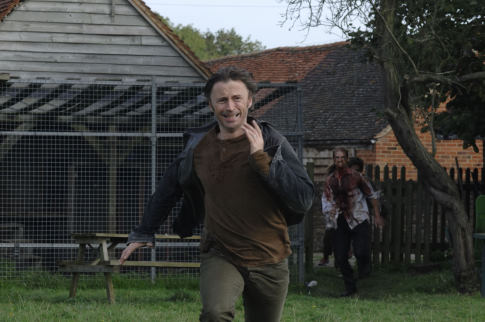 After the infected begin to die of starvation, NATO forces take control of Britain. Twenty-eight weeks after the outbreak, an American commanded force, under the command of Brigadier General Stone, brings in settlers. Among the new arrivals are Don and Alice’s children, Tammy and Andy, who were out of the country during the outbreak. They are admitted to District One, a safe zone on the Isle of Dogs, guarded by the US Army. Sergeant Doyle, a Delta Force sniper and his friend, Chief Flynn, a helicopter pilot, are amongst the troops guarding the district. Tammy and Andy are reunited with their father, who was found by the US Army and has become the district’s caretaker. In their new flat, Don fabricates a lie about the circumstances surrounding their mother’s death. 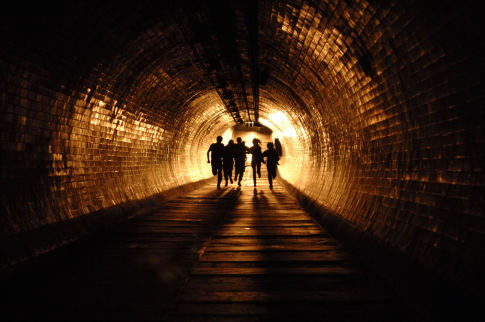 That night, Andy dreams about forgetting his mother’s face, so Tammy and Andy sneak out of the safe zone and return to their former home, where they collect family photographs and other mementos. To his shock, Andy finds Alice alive and uninfected in a semi-conscious, delirious state. The three are soon discovered by soldiers and taken back to District One. Alice is taken to a quarantine room, where she is tested and found to be an asymptomatic carrier of the rage virus. Don makes an unauthorized visit to Alice in her isolation cell, begging her to forgive him. She accepts his apology and tells him she loves him; when they kiss, Don is infected, savagely kills her and goes on a rampage. 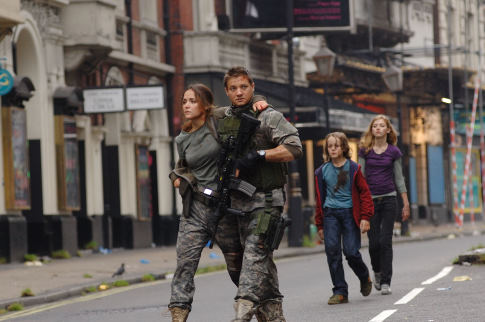 General Stone orders the building to be quarantined and orders a Code Red alert in District One. Civilians are herded into safe rooms but despite the precautions, Don breaks into a room full of people and starts a domino effect of rapid infection. The crowd, with half its members infected, breaks out of the safe room and into the streets. Scarlet, a US Army medical officer, rescues Tammy and Andy as the soldiers in District One are ordered to shoot indiscriminately. Doyle, unable to bring himself to comply with the order, abandons his post and escapes with Scarlet, Tammy, Andy and several others through the Greenwich Foot Tunnel. Stone orders District One to be firebombed but large numbers of the infected, including Don, escape the bombardment. Scarlet informs Doyle that the children might hold the key to a cure and must be protected. 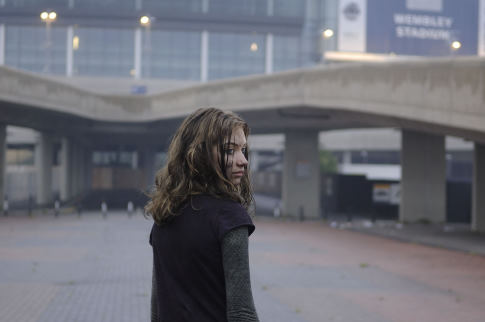 Flynn arrives by helicopter to pick up Doyle but refuses to take anyone else, as they would be shot down for carrying people who might be infected. Flynn contacts Doyle by radio and tells him to leave the civilians and head to Wembley Stadium. Doyle ignores his instructions and escorts Andy, Tammy and Scarlet to Wembley. They break into an abandoned Volvo V70 to escape nerve gas released to kill the infected but are unable to start the car while soldiers with flamethrowers draw near. Doyle exits the car and sacrifices himself by push starting the car and is burned alive. Scarlet escapes an Apache gunship and drives Tammy and Andy into the London Underground, where the trio continues on foot. Don ambushes and kills Scarlet, then bites Andy. 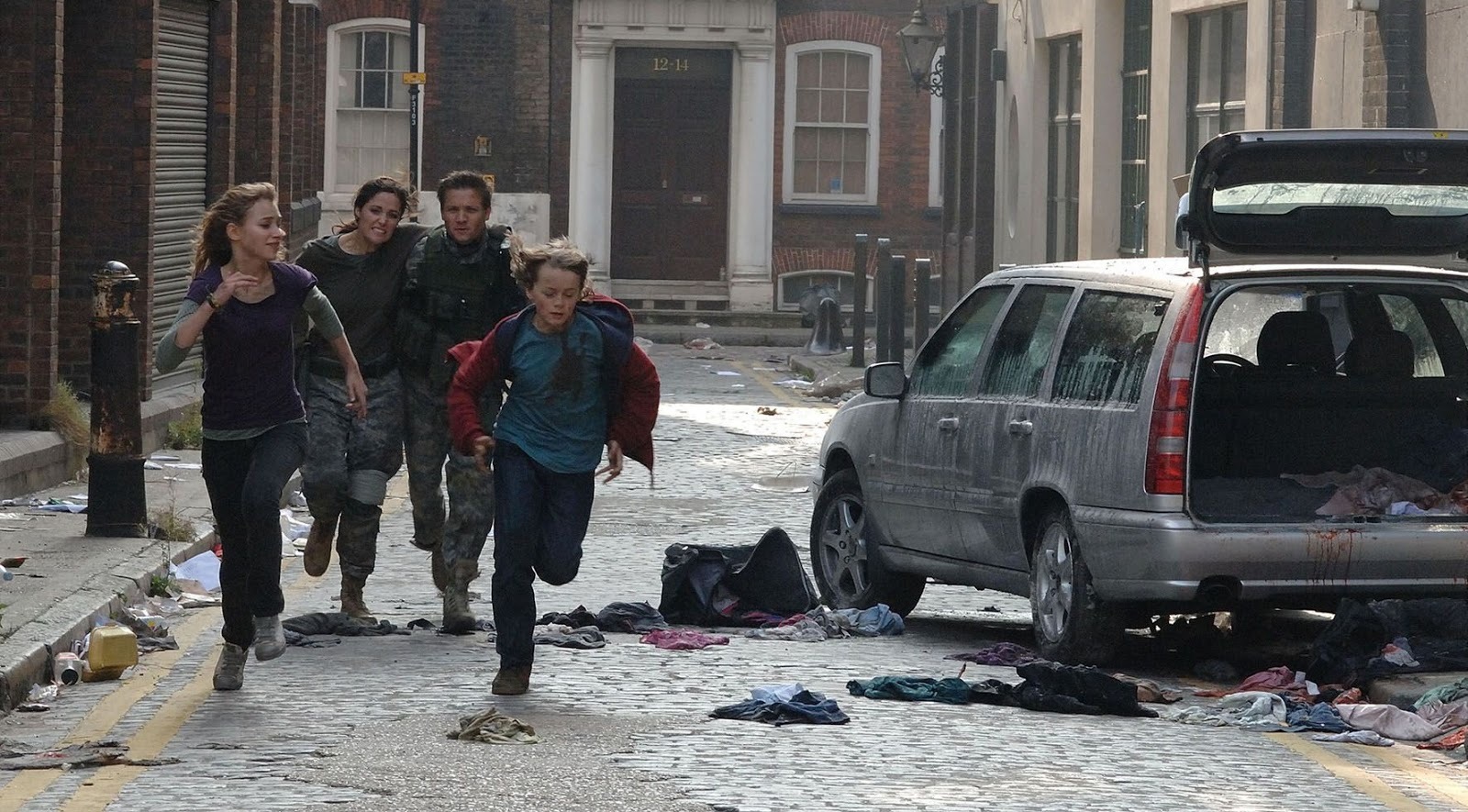 Tammy shoots Don before he can kill Andy, who remains symptom-free but an unknown carrier of the Rage virus. They continue to the stadium and are picked up by a reluctant Flynn, who flies them across the English Channel to France, as instructed by Doyle. Twenty-eight days later, a French-accented voice requesting help is heard from the radio in Flynn’s abandoned helicopter. A group of the infected are then seen running through a tunnel which, as they emerge into the open, is revealed to be the exit of the Paris Métro Trocadéro Station with a view across the Seine to the nearby Eiffel Tower. 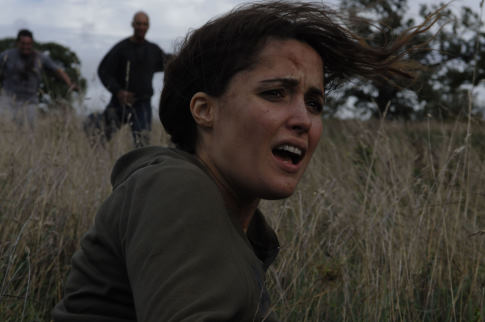 The film starts off at an odd pace but soon settles into a familiar terror-stricken rush. The cast was well selected, nothing out of the ordinary but no obvious weak links either. The Americanisation was not as severe as I had previously dreaded, and I actually quite welcomed Rose Byrne and Jeremy Renner leading the plot. The shots of post-apocalyptic London may have been done already but they’re still as effective as ever, and John Murphy’s score is brilliant as always.

Hideo Nakata takes a very simple idea, that of online interaction between people and turns it into something sinister with this film and targeting the angst-ridden, emotionally-charged teens of London he manages to put together a well thought-out and compelling film which whilst not perfect was still an effective British thriller with plenty going for it. A Film 4  the small cast of 5 lead characters each have their own reasons for seeking solace online and we are given an insight into their lives whilst at the same time are witness to the Machiavellian behind-the-scenes manipulation by William brilliantly portrayed by Aaron Johnson.Johnson is excellent in Chatroom it has to be said, he puts in a believable performance as William and commands your attention in the scenes he features. A sociopathic character seemingly without conscience he has his own reasons for being the way he is and time is spent getting to know him and his back-story. Whilst not a sympathetic character by any stretch of the imagination his offline persona and personal life do give an insight into why he acts the way he does and provides an explanation for how intelligent and manipulative he is to be able to wield such power over other people.it’s an excellent and the film is well worth watching, the acting is terrific at times and I did like the concept and premise of the story.