The Solomons are excitedly preparing for Christmas. Sally has a festive job as a gift wrapper and Harry as Santa’s assistant in the mall, but their Christmas spirit is drowned when Dick is arrested for attempting to cut somebody’s tree down for his living room, Sally and her shoppers get into an argument and Harry discovers that the Santa he is working for isn’t the real one, while Tommy is frustrated that girlfriend August won’t tell him what she wants for Christmas.

A classic Christmas episode teaching the Solomons what Xmas is all about. Sally working at the mall was a highlight and Dick thinking the mistletoe is weeds growing on the wood. all in all a great episode and I love watching it every year.

As 1998 comes to close, Dick worries that he hasn’t accomplished anything worthwhile and struggles to do something to make the past year count. Meanwhile, Officer Don becomes annoyed with Sally after she uses her feminine wiles to persuade him to get tickets for Rutherford’s exclusive Starlight Room, then changes her mind when he succeeds. At Happy Doug’s bar, Harry and Tommy plan an explosive New Year’s party and Harry hires on his old night school friends, Larry and Mrs. Deguzman, but they turn out to be layabouts.

Another decent episode as always Sally trying to manipulate Don in buying her stuff is hilarious and Dick trying seek out meaning in the year that has just passed, only to find it in the woman he loves. 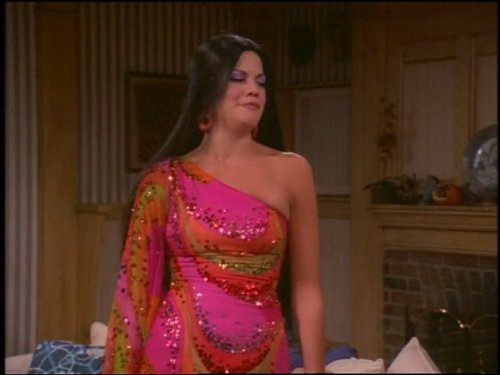 Dick goes for a medical checkup but becomes scared and leaves before his appointment. Mary asks Sally and Tommy to house sit for her on Halloween, to stop trick-or-treaters (Emile Hirsch) egging her home while she is out. Harry, however, chooses to stay at home, where he encounters some very strange noises and starts to believe that there is a ghost in the house.

3rd Rock is not your A-typical show, it doesn’t deal with real life and regular families and friends. every character in this show is weird and crazy and doing their own thing. i think its better this way. i get tired of watching the same old shows with a husband and a wife. problems with the kids or work or each other. its very refreshing to see a show where they have crazy situations and answers. plus it fun to see what it might be like for an alien to come to earth and not know how to deal with their bodies, or relationships, or school and work. This Halloween themed episode showcases just how good the show was and how it will always be remembered fondly 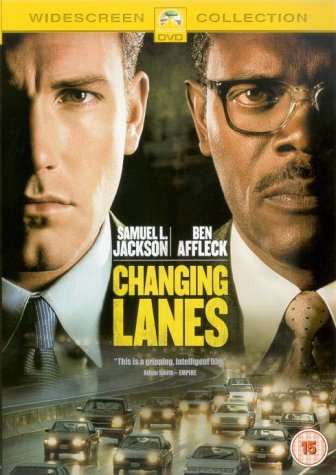 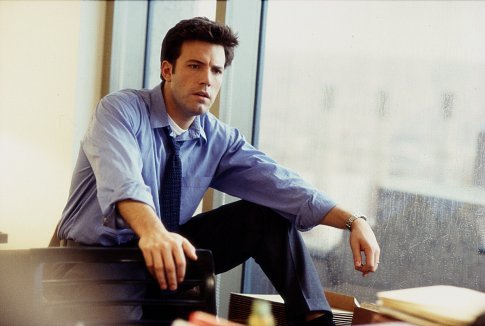 In New York City, a middle-aged African-American insurance salesman named Doyle Gipson is a recovering alcoholic who is attending Alcoholics Anonymous meetings to stay sober. On the same morning that Gipson drives to a hearing to try to regain custody of his children, a successful, white, young Wall Street attorney, Gavin Banek, is distracted while driving and collides with Gipson’s car. Banek was in a rush to get to court to file a power of appointment document, which will prove a dead man signed his foundation over to Banek’s law firm. 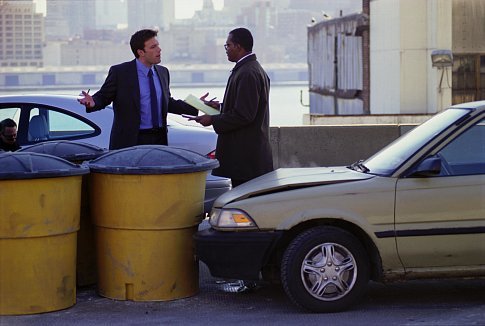 Gipson was also in a rush to get to a hearing to prevent his estranged wife from taking his two boys to Oregon. Banek tries to brush Gipson off with a blank check, rather than exchanging insurance information, thereby disobeying the law. After Gipson refuses to accept the check and voices his desire to “do the right thing”, that is, filing a police report and insurance claim, Banek strands Gipson on a median, telling him, “better luck next time”. After arriving to the court late, Gipson learns that it proceeded without him and that it did not go in his favor. Gipson did not get the chance to tell the judge about a house he is buying for his wife and children. 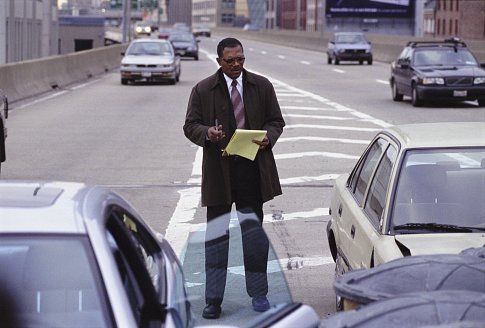 When Banek, gets to court, he realizes that he dropped the crucial power of appointment file at the scene of the accident, and the judge gives him until the end of the day to re-obtain the papers and present them. Gipson, who took the papers, is in dilemma on whether to return the file, especially after the events of the day. On the other hand, Banek, who is desperate to get his papers back, goes to a “fixer”, a shady computer hacker, and gets him to switch off Gipson’s credit. Gipson needed credit for a loan so he could buy the house for his family. Gipson becomes very upset when he finds out his credit has been cut off, and he comes close to starting to drink again. Determined to get back at Banek, Gipson loosens the bolts on the front tire of Banek’s luxury car, and the wheel comes off later while Banek is driving, causing his car to crash on the highway, leading to minor injuries. Enraged, Banek goes to the elementary school of Gipson’s children and falsely claims to school officials that Gipson plans to kidnap the boys, which leads to Gipson being arrested and jailed. 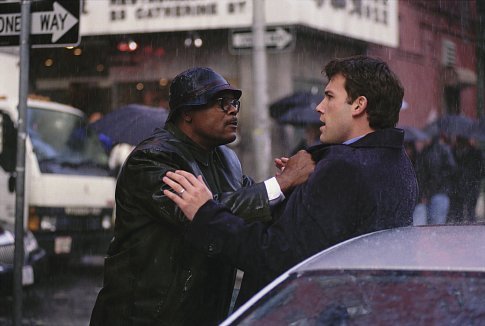 Both men continue to do morally reprehensible things in an attempt to one-up each other, and eventually they begin to question their actions. Though it is made clear that Banek and Gipson are radically different, they both have an angry, vengeful streak, each capable of abandoning his morals just to punish the other. The film ends with both men having a new outlook on life, concentrating on ethics and the moral implications of their actions. Ultimately the two men apologize to each other and Gipson returns the file, but it looks to be too late for both of what they were trying to do. Banek ends up using the file to force his law firm boss to conduct business honestly and plans to represent Gipson pro bono so he can get the house he wants. Banek also visits Gipson’s wife to explain everything to her, knowing he owes Gipson that much. The film ends with Gipson’s wife and children smiling at him from across the street. 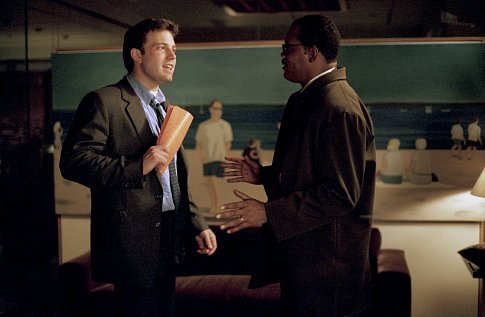 This is a superb film with great performances from Ben Affleck and Samuel L. Jackson. Watch it and enjoy it fully